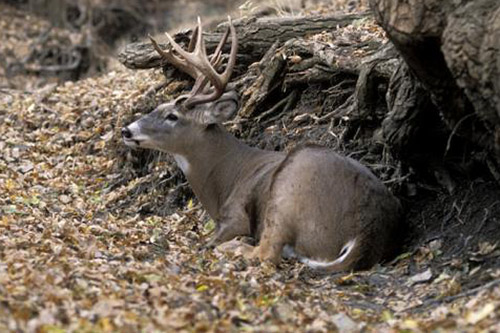 By: Josh Honeycutt on Bowhunting360.com

Scouting is essential for deer hunting success. Those who merely walk into the woods, pick a random tree, and hope to fill a tag might get lucky — but luck is all you can hope for. The smart hunter does his or her homework, scouts for likely ambush spots, and harvests the deer they’re after.

Here are some likely places to accomplish that. 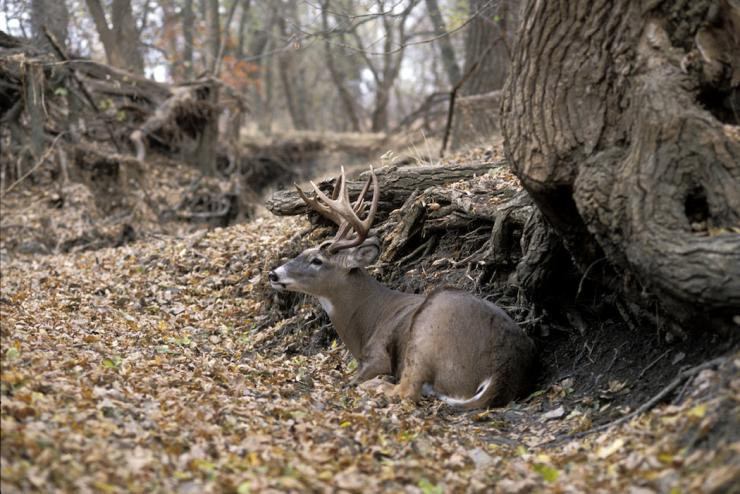 Bucks — especially mature ones — like to bed on leeward (downwind-side) ridges. The wind coming over the top of the ridge and the thermals coming up from the valley create a wind tunnel that allows bucks to detect danger from both directions.  Photo Credit: Realtree.

Most hunters consider scouting whitetail food sources first. Think about this: The primary component of a good hunting spot is good bedding and cover. While whitetails may travel miles to find food under the cover of darkness, they need to feel safe within their daytime lairs. You have to be close enough to the lairs to see them during daylight. Some likely places include:

Bucks frequently cruise along river banks in hopes of picking up the scent of an estrus doe. Photo Credit: John Hafner.

Numerous studies suggest deer typically go to water before food when they rise from their evening beds. Because of that, water should play a role in your stand location choices.

Provide something deer don’t already have access to where you hunt. Include numerous species to give them options. Plant combinations of large feed fields and small micro plots in strategic designs and locations. Photo Credit: G5 Outdoors.

Finally, another excellent way to spot deer is to find where they feed. Food is king in the world of whitetails. Find the food source, find the deer.

Deer season will be here in a flash. Once it arrives, it’ll end just as fast. Preparedness is paramount to success. Use the remaining summer months to scout for opening day. With a little luck, a full freezer and filled tag will be the reward.

By: Josh Honeycutt on Bowhunting360.com

HOW TO COOK: Venison Fajitas

RH BLOG: What We're Looking For