National Archery In Schools Announces Coach of the Year 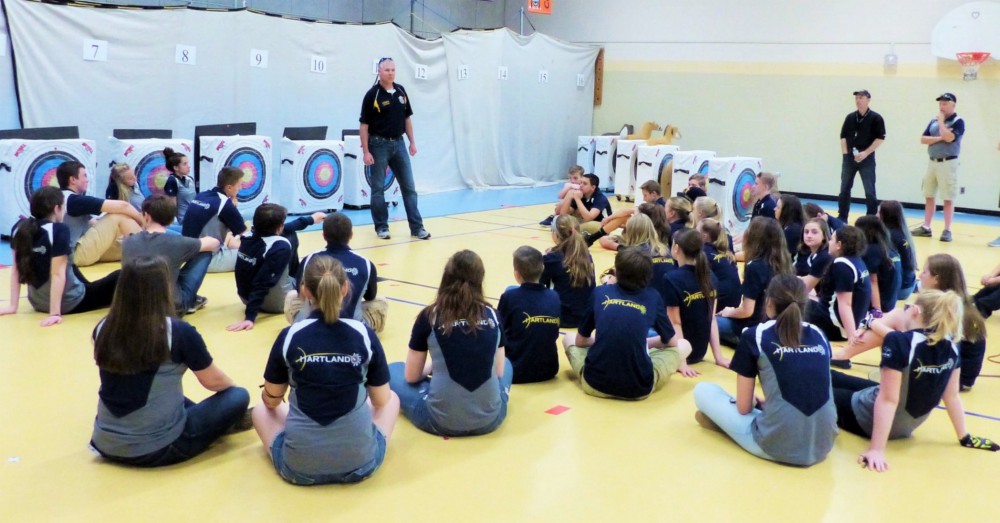 Middle school teacher Robert Jellison from Hartland, Michigan, was recently awarded the title of 2018 NASP Coach of the Year.

For the past 3 years, the National Archery in the School’s Program(NASP) has accepted nominations for a coach/educator who has displayed excellence and the utmost dedication to their students and NASP team, to be named NASP Coach of the Year. This year’s nominations resulted in Robert Jellison, from Hartland, Michigan, winning the title.

Jellison teaches middle school at Hartland Middle School in Hartland, Michigan, and he added NASP to his teaching curriculum in 2007. He was trained to become an archery coach by NASP President and CEO Roy Grimes and USA Archery Outreach Director Mary Emmons in 2006 in Wolverine, Michigan. In 2008, Jellison added NASP instructors to his program, and they worked to participate in the elementary division. After that, he began coaching not only middle school, but elementary grade levels, too. By 2010, Jellison had high school P.E. (physical education) instructors teaching NASP, and from 2010 to present, he has been coaching elementary, middle school  and high school students to become outstanding NASP archers.

In His Own Words

When asked what he likes most about being a NASP coach, his response reflects exactly what NASP strives to achieve: “I have coached other sports (basketball and baseball), but NASP does not focus on pure athletic skill, it also focuses much more on the mental side of athletics. In fact, the equipment may be adapted to fit ALL students, regardless of skills.”

One of NASP’s most striking features is its inclusive nature; many students, no matter their physical or athletic abilities, are able to participate.

Although Jellison started incorporating NASP into his lessons in 2007, the bow and arrow has been a part of his life from an early age. He has been an avid bow hunter his entire life.

“When I was able to hold a bow, my parents and grandparents had me shooting a right-hand Fred Bear recurve. I was told if I could hit a paper plate, then I could go deer hunting. That’s all it took! I practiced hard until all of my arrows were in the plate. Bowhunting is my favorite pastime.”

It’s no doubt that Jellison channels that innate dedication from hitting that paper plate to his present student archers with all the winning titles they’ve received at NASP tournaments during the past few years.

In 2010, Jellison’s archery team finished in 32nd place, in 2011 they finished in 16th, and in 2012, 9th place. He said, “Being in the top 10 was a great feeling.” By 2013, “we almost made the podium” as his team came in 4th place. According to Jellison, his team kept setting huge goals and each year they achieved those goals. By 2015, the Hartland archery team finished in 2nd place, and a year later, they brought home their first national championship. It just goes to show what you can accomplish when you set goals, dedicate time, and work hard.

When the nominations poured in, and Jellison was named Coach of the Year, he was surely surprised. “I was in shock! It takes many people to run the program the way we run it, and to be called out as Coach of the Year was a little tough because I could not do what I do without the support of my family, coaches and parents.”

Jellison says that seeing athletes succeed and be proud of their accomplishments, and to watch them grow with the sport, are some of his favorite coaching moments. He also said, “Seeing the walls of diversity in groups at school break down within this sport, to where all are accepted and treated like family, was awesome.”

Of course, with anything comes challenges, and Coach Jellison said some of his top obstacles when coaching a NASP archery team are keeping things competitive, making sure the kids continue to love the sport, and getting parents to be supportive in the right way.

A Commitment to Kids

For people unaware of what it takes to be a NASP archery coach such as Jellison, some of the responsibilities include: teach archery within the school, run an after-school program, run practices, schedule events, host events, plan travel to distant events, update results to the public, find sponsorships, find help (parents/coaches), and continuously educate themselves with new information regarding archery.

The National Archery in the Schools Program is renowned for helping kids achieve academic excellence, elevated confidence, and life-long friendships, but without outstanding coaches, educators, and supportive parents and family, it would be hard to achieve such a reputable status. It might be a surprise for Mr. Jellison to receive such an honor, but it is nothing less than well deserved! Congratulations!

For more information about the non-profit NASP, visit www.naspschools.org