by Frank Addington Jr.
in Bowhunting Posts, Bowhunting Videos
0 0
A A
1 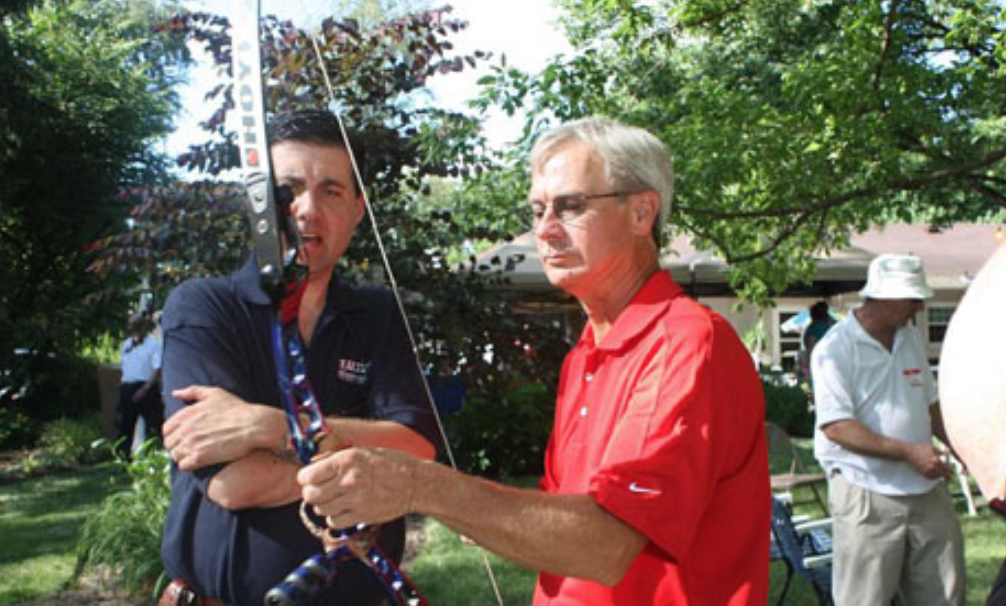 In part I of this column we discussed target panic and the way to deal with it on the mental side.  The response to this column was very good and I appreciate all the comments.  I received many emails, so evidently this is a problem.  I do not encourage people to shoot through target panic or buy new gear to get rid of it.  In my mind buying new gadgets will perhaps push the target panic aside temporarily but I think you should deal with it off the shooting line first, since it is a mental problem.  After doing so then it is time to step back up to the shooting line and try again.

Darrell Pace, two time Olympic Gold medal winner and expert archer and I discussed the mental aspects of shooting recently.  When we discussed his mental game, he used the phrase “switch”, as in an imaginary light switch, when talking about his mental game.  He told me that when he flips on the switch and walks to the shooting line, it is him and the target.

I was amazed when he told me about the time that he walked to the shooting line surrounded by media photographers.  He walked up, shot his arrows, and then later a friend asked him about how he felt about having the gang of photographers around him.  “What photographers?” Darrell said.  Luckily someone had taken a photo from the stands and was able to show Darrell all the photographers, but after flipping on the “switch” Darrell never saw them.

I asked him in a follow up conversation about target panic.  His response was interesting.  I think this advice is Step II and I hope it will help you get rid of target panic for good.

We are talking about a recurve target shooter but you can apply this to your needs as well. Darrell said that he takes the shooter up close to the target mat, maybe 5 meters.  Then he has a 122CM target on the mat.  The archer then draws the bow and the sight pin sees nothing but Gold.  The archer hits the center and says it is easy.  Then Darrell gradually backs them up… 5 meters at a time.  They get used to hitting the gold and it remains “easy.”  Then you gradually make the bullseye smaller with smaller targets, taking time and letting the archer’s confidence build.  Darrell said, “You break it down where it is easy…”

Simple but a good solution.  So there is some solid advice from an Olympic Gold Medal winner.  He is a very wise man and I have a lot of respect for Darrell.  One way I had encouraged bowhunters to shoot is a similar piece of advice.  I encourage the archer to get up close to the target and use large balloons.  The “pop” will build confidence and then you can gradually move back, and gradually make the balloons smaller.  The goal here is to start slow and easy, building confidence and restoring your shooting.

The idea here is to first deal with your target panic on the mental side and then take action that will help you rid yourself of this pesky problem.  I hope this column will help you “kick the bad habit.”  Remember, when it boils down to it, archery is 90% mental once you reach a certain level.  So don’t overlook the importance of the mental game to help you shoot your best and to also help keep your shooting free of habits like target panic.

HOW TO COOK: Venison Fajitas