by Rick Philippi
in Bowhunting Blog, Bowhunting Videos, Wild Hogs
0 0
A A
2 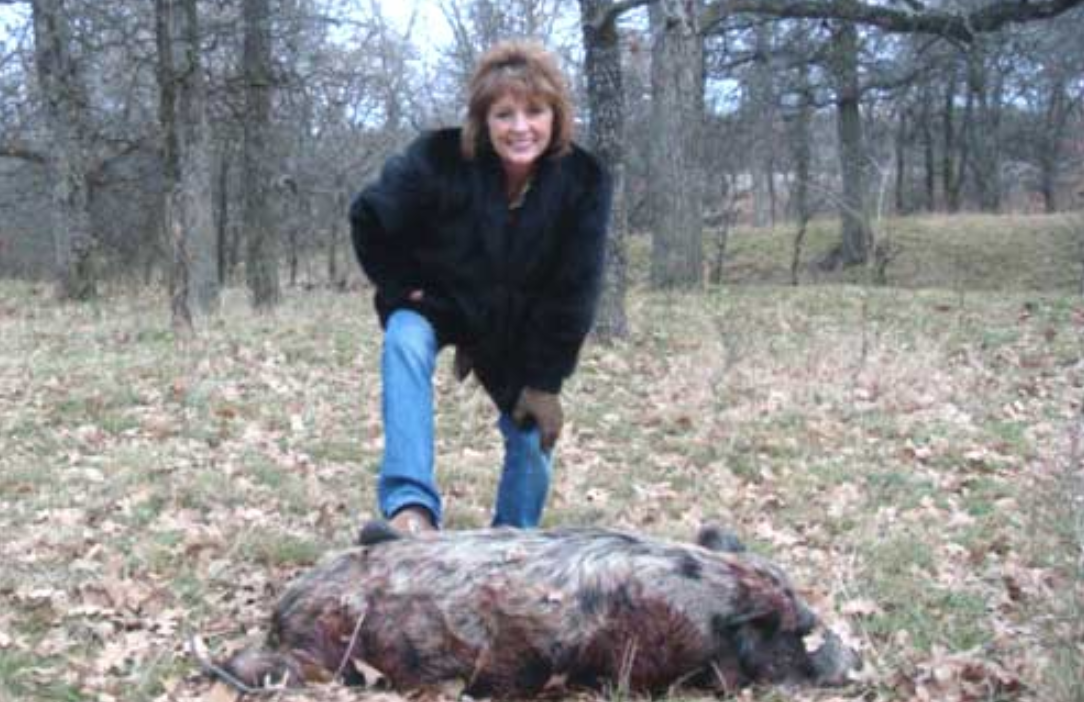 Setting inside my new Double Bull ground blind, my expectations were high.  The blind was in an extremely thick portion of the property and adjacent to a flooded creek.  Buck sign was all over the place and I had a game camera picture of a 160 class monster that had been frequenting the area.

Thirty minutes had passed when a group of hogs made their way within 20 yards.  I picked out a large black boar.  I got my BowTech to full draw and sent the Black Eagle Zombie Slayer arrow to its destination.  The hog ran 50 yards and piled up.  I wanted to get a few pictures so I trucked back to camp to get my wife so she could take a couple of snapshots.

She asked “what are you doing back so early”?  I told her what happened and she agreed to be the photographer.

After Cathy took some pictures, I prepared to field dress the hog.  Cathy said she would gladly fry up some backstrap pork chops tonight but she did not want to watch the field dressing.  She said she would go over and wait by the Double Bull blind until I finished.

This is where the story takes an unexpected twist.

During the field dressing chores, I stopped for a second to check on Cathy and she was standing over by the Double Bull, content as can be.  All of a sudden, it sounded like a freight train was coming through the timber! Grunting, leaves crunching and teeth popping sounds sounded out.

O MY GOSH, here came another group of hogs and they were on a direct path to where Cathy was standing.  Not good.  The hogs ran within 6 yards of Cathy. She stood like a statue as the group stopped and looked at her grunting and a spotted boar began popping its teeth together.  Cathy looked toward me with a frightened look on her face.  I motioned for her to stay still and dropped my knife and picked up my bow.

Rushing to Cathy’s location I went to full draw and sent the 100 grain Grim Reaper RazorTip into the boiler room of that aggressive spotted boar.  The boar ran 30 yards and piled up. When I asked Cathy if she was ok, she responded that she thought “it was all over for me.”

Eight years ago, I was on a hog hunt with Robert Hoague when I had a boar try to chew me up.  In fact I beat him off with my bow while he kept going for my legs.  Cathy said all she thought about was that story.  Anyway, we had a good laugh on our way back to camp to fry up some of those pork chops.

Wild Hog hunting is a blast.  I’ve bowhunted these critters for the last 25 years and I can tell you that I never get tired of bowhunting them.  Do not underestimate a wild hogs intelligence.  They are extremely smart and their number one defense is their nose.  In my opinion I feel they have a better nose than a deer.  I hope everyone has a chance to go on a wild hog hunt.  They are challenging and fun critters to go for with the string and stick.