Bow Stabilizers: Reasons why you need it! 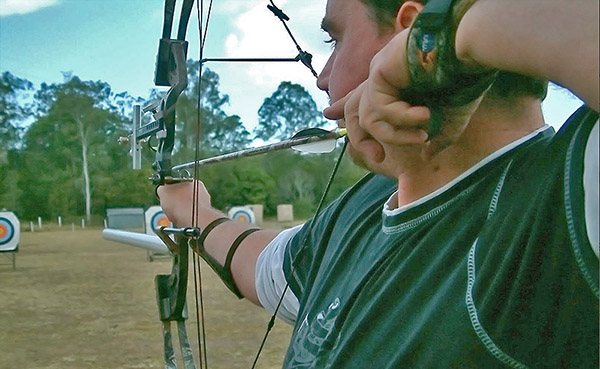 Author Bio: I am John Lewis, a blogger, survivalist and outdoor enthusiast. You can follow me over at Epic Wilderness.

Ever wondered why are there are things sticking out of a professional archer’s bow? Those things have more functions than just being decorative, where it ‘stabilizes’ your bow and make your shots more consistent. The fact that most professional archers use it shows that bow stabilizers are important especially for tournaments. If you like to look for a suitable stabilizer, you can click on this link.

Understanding how to use bow accessories and using them effectively can give you an edge for shooting accurate shots most of the time. Usually, most archers would already have known what type of bow sight they want or arrow rest to look for, but they seldom think about what kind of bow stabilizers they need. Choosing one that is not suitable for your bow will cause you to be imbalance while shooting.

Therefore, choosing a suitable bow stabilizer would be imperative because it would affect different aspects such as how stable you can hold the bow, the amount of balance you have and how accurate you can shoot. Let me further delve into detail why bow stabilizers are necessary.

You need to get a stabilizer which is sufficiently long and heavy to see how it helps you to shoot consistently and accurately. However, do not get one which is too long and heavy especially if you are not comfortable with it because your bow will tend to fall forward after every shot you make.

Primarily, bow stabilizers are MEANT to make your shots stable and keep your bow balanced by adding extra weight below your grip. The added weight would help in weighing your bow down, which makes it stand upright. You are able to shoot more consistently because the weight limits the movement of your bow. This means it helps to steady your pin on your intended target, which is important in archery tournaments.

Another way to further improve upon your stability is to add rear or side stabilizers to your bow, which would set-off weight from other accessories of your bow such as your bow sight. The rear and side stabilizers are meant to increase the overall moment of inertia, making it easier to keep your aim on a target. This is more obvious while making long shots, where you can see whether the groups of shots with a stabilizer and one without is tighter.

This is the main reason why most tournament shooters use a bow stabilizer as well, which is to offset a poorly balanced bow! The torque changes from one shot to another, which requires certain weight to make it consistent. If you are hunting with it, do consider getting a more lightweight one.

Reason 2: Reduce the amount of shock by absorbing vibrations

The stabilizers function by absorbing the shock produced which removes the vibrations from the rise when you shoot. This would aid you in holding the bow with balance, which is extremely important if you like to shoot consistently. Further, you can ensure that your bow stand upright although you put less strength.

So, how is vibration produced from your bow? It is because of the tension (potential energy) that is stored in the bow string, which later would be released from the arm guard (change to kinetic energy) will cause the vibrations.

The stabilizers will help you absorb vibrations in 2 stages when you are shooting: First, when you are drawing the bow and; Second, when you release the bow. This would effectively reduce the vibrations that is felt, allowing you to hold it properly.

The additional weight that is placed at the bottom of your bow would aid in fighting against torque as well. But, you can only see differences in results if your stabilizer is sufficiently long and heavy. But do bear in mind that the length and weight should be chosen first by reflecting on the activity you are using it for.

Reason 3: Improving upon your shooting accuracy

The fact that your shots are more stable will make you shoot more accurately (which is more apparent for long-distance shooting). Try getting a sufficiently heavy stabilizer and shoot 80 yards, you will see
what I mean. The groups of shots that you make with a bow stabilizer tend not to drift to other places, as compared to not having this accessory fixed to your bow.

If you often make long-distance shots such as hunting from a tree-stand, getting a stabilizer would be all the more necessary. This is due to the fact that when there is more weight placed in front of your bow,
the easier it is for you to hold your bow still which improves the consistency of your shots. Other factors such as reducing vibrations would contribute to improving your accuracy too!

This would be really important for hunters who do not want to scare off their game! Bow stabilizers are capable in lowering noise production because they can reduce the amount of vibration present. Usually, there are some parts of the stabilizer which is made from rubber or gel to carry out this function.

Also, it would be much easier to shoot a bull’s eye if your targeted object is not moving. If your game became aware of your presence, the amount of movement will usually increase as they try to move away from you. Since most animals have a really keen sense of hearing, reducing the amount of noise you produce is really vital.

Further, you will not need to waste your time following a blood trail! This is provided you get a clean shot on vital organs of the animal, causing it to drop dead. This is also a more humane way of killing because the animal will not suffer.

After clarifying why bow stabilizers are important, it is time to look at how to choose one which is suitable for you. You need to choose one with a suitable length and weight taking into consideration what you are using it for.

For example, if you are making many long shots, it would be better to consider getting a stabilizer which has more weight. However, if you are going for a hunt and there is going to be a lot of movement, it is better to get one with a more manageable weight.

Common mistakes such as not taking proper care of your equipment and forgetting to shoot with proper form should be avoided too. With good enough skills and equipment, your shots would undoubtedly be far better. If you have any comments or ideas you would like to share, feel free to comment below!

How To Hunt Buck Bedding Areas