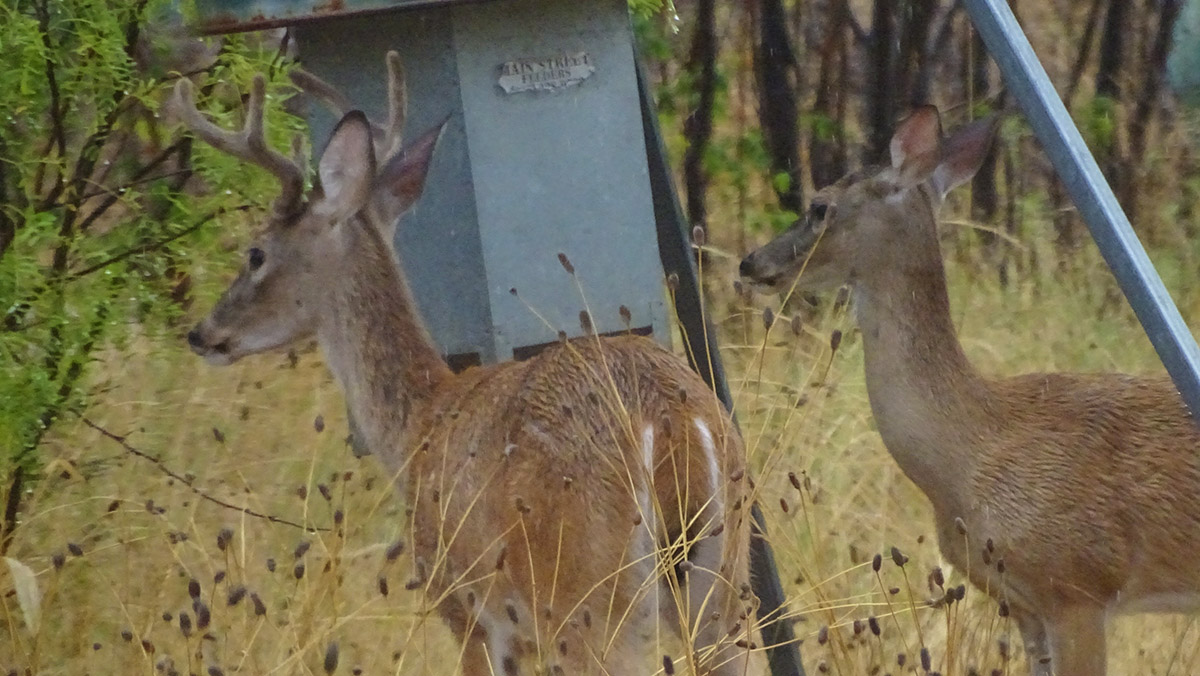 When the rain stopped in the afternoon I slipped out with my Sony to see if any deer would show up. It didn’t take long. A smallish young buck came out of the trees to the north and approached my protein pellet feeder. A doe followed along behind him and soon they were both at the protein station. Both of them were soaking wet.

Meanwhile another sixer with a dinky rack walked through the area in the tall weeds. Incidentally, after 3 rainy days there is a little greenery on some of the weeds. This one was wet up to his neck.

Later on that same buck returned and cruised through the wet weeds and tall grass. Notice how long his body is.

When he got to the protein feeder he postured with his ears back and the smallish buck vacated the premises.

Both deer gobbled down some pellets until the rain started back up. They walked away through the wet weeds. And so did I.

Make Your Own Deer Coverup Scent