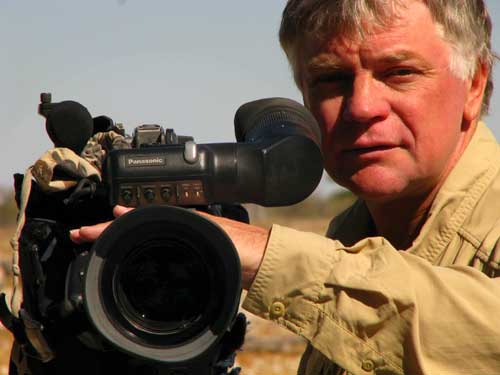 Wade P Nolan went home to his Lord and Savior, Jesus Christ, September 22nd, after a long battle with cancer. He was born October 23, 1951 to the late James and Evelyn Nolan of Sutersville, PA. His family was at his side at the time of death. Surviving are his wife of 43 years, Hazel (Olson) Nolan; son Reed and wife Candice; son Cory and wife April and their children Bella, Adalyn, Hunter; and daughter Bess. Wade’s surviving sister; Kathy (Nolan) Negro and husband Edward. He was predeceased by his sister Karen.

Wade loved God, his family and adventure, in that order. He often combined all three in what he pursued. He traveled extensively for his marketing work, filming, speaking ministry and mission work in Alaska. A great joy for Wade was bowhunting and fishing, especially in Alaska where he lived for 17 years and traveled to each summer since. Wade also traveled to South Africa 20 times to bowhunt and lead photo safaris. He and his family filmed and traveled there and throughout North America. In all, Wade produced over 100 videos and spoke in over 500 cities. His last mission project was with Shen Bible Camp in Tok, Alaska, which he traveled to this May.

Wade connected helping hands for these projects through wild game dinners where he spoke. He sought to influence as many people as he could for Christ and to encourage them on their life journey. Wade will be greatly missed.

There will be a Celebration of Life memorial service on October 6th at 1pm held at Cornerstone Church 2200 Cornerstone Lane, Murrysville, PA. All are welcome. The family requests that in lieu of flowers you can support the work Wade promoted through Wild Alaska Missions for Shen Bible Camp. Donations can be made to Wild Alaska Missions, at 623 Strawcutter Road, Derry, Pa 15627, or can be given at the memorial. There is more information at wildalaskamission.com and wadenolan.com about Wade and these projects.