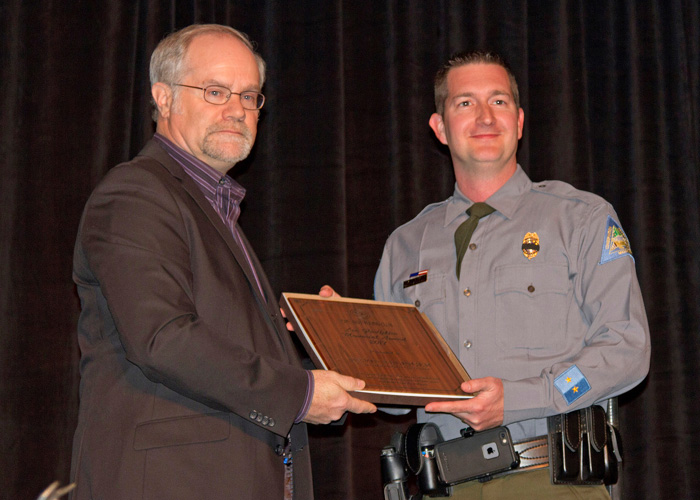 The Pope & Young Club is honored to announce an addition to their Conservation Achievement Award’s program. The new award will be called the “Pope & Young Club Wildlife Law Enforcement Officer of the Year,” this award will acknowledge a wildlife law enforcement officer for outstanding work related to wildlife violations that affect any of the Club’s twenty-nine recognized big game species.

“This award complements the Club’s other awards, the P&Y Conservation Award, Stewardship Award and the Lee Gladfelter Memorial Award which honors a wildlife professional who has made a significant contribution to bowhunting and wildlife conservation,” stated P&Y Conservation Chair, Doug Clayton, a retired Conservation Officer.

All wildlife law enforcement officers (game wardens, conservation officers/agents, etc.) are eligible for this award.  Nominations should include the officer(s) name, agency, a summary of the case and its resolution, including fines, license suspension, and other court decisions.

The officer chosen will be invited to attend the Club’s 31st Biennial Convention to receive the award.  The next P&Y Convention will be held on April 10-13, 2019 in La Vista, NE (near Omaha).

The nominations can be sent either by email to admin@pope-young.org

or by mail to  Pope & Young Club

Deerhunting In The Real World

Replace Your Bow String Right Away