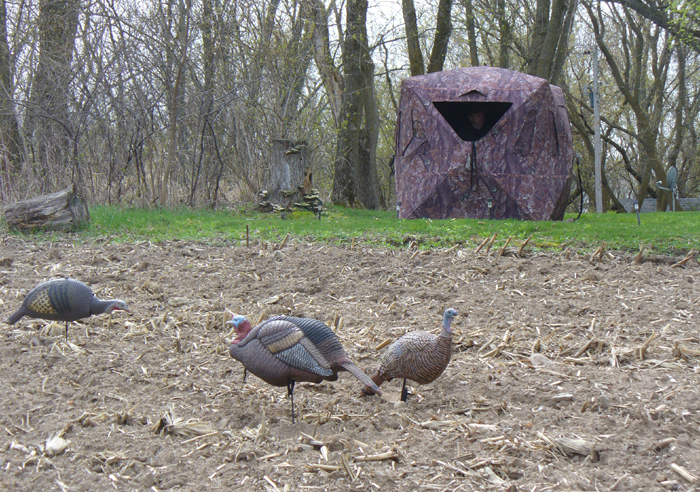 The 2018th turkey season was unusual for me this year.

The turkeys were not in my usual hunting spots.   One area is a big food plot where I had pictures of birds all winter but no spring action.  The other spot was my “Go to” place.  I’ve always had good luck there with plenty of birds, but not this year.  I heard tom’s gobble but always in the distance.  No matter how much calling I did, I could not entice a tom to give me a visit.  I didn’t even see any hens.  In the past, at this site, I would have four or five strutting all around me with hens everywhere but,  not this year.

New and exciting was, even though nothing at my hunting sites,  I had hens and toms come into the yard at my home, for the first time this year.  I got up one morning, looked out my bedroom window and there they were. Four hens and two gobblers two yards from my house. With no way to sneak up on them in a wheelchair all I could do was grit my teeth and just watch.  And then, to really rub my nose in it, I actually watched the tom breed the hen.

Well, I thought if they like this spot, I would set up my ground blind on my lawn at the edge of the woods and see what happens.  Two days later I was in my blind in the early morning.  Tom’s were gobbling about three hundred yards away.  I pulled out my slate call and sent out some sweet hen music.  It was working.  I could hear they were getting closer.  I sent out more calls.  The toms came in to about 100 yards and then they just clammed up.  I thought I had lost them.  No matter how much calling I did, they would not respond. 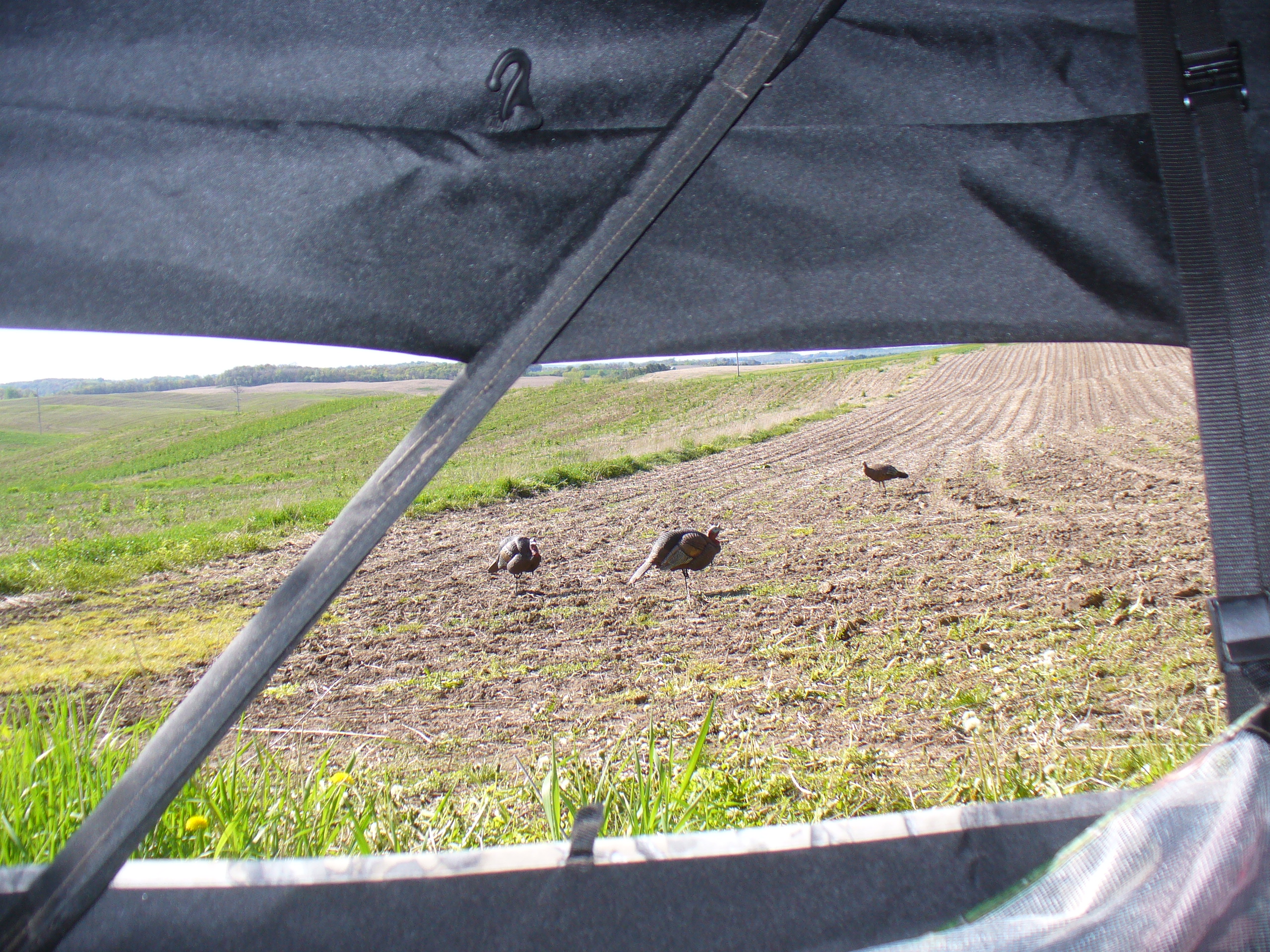 All of a sudden, a tom sounded off 10 yards behind me.  It caught me by surprise.  It was so close it sent a chill through me as I grabbed my bow.  There, right in front of my blind, were two toms strutting past the window.  In my haste to shoot, I accidentally hit the “ON” button on my chair and then bumped the joystick.  The power chair lurched forward knocking my blind over on its side.   The turkeys flew off and I am positive I could hear them laughing as they did.  A slap to the forehead.  I couldn’t believe I just ruined a fifteen yard shot.  Oh well, at least I could say I didn’t miss.  I would just have to chalk this up to another of the many mishaps I have had. Being disabled and having to hunt from a wheelchair certainly adds a different dimension to hunting/shooting. 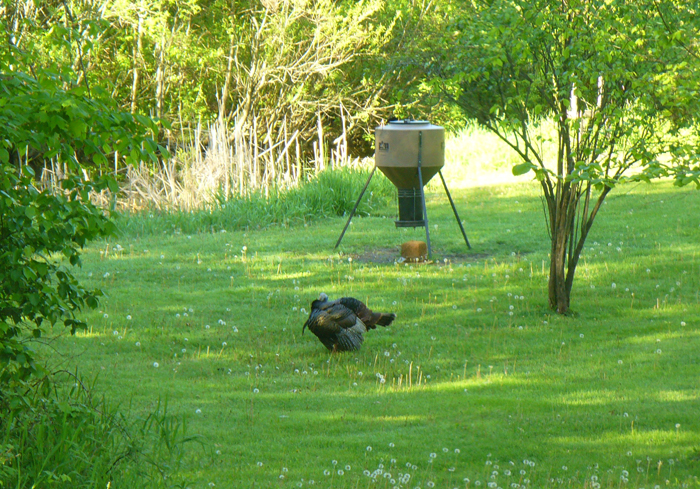 A few days later, I set up in the woods behind my house.  There were toms gobbling in the area, so I thought I would give it another try.  I was in my blind before dawn and after about an hour a hen turkey came in and walked around my decoys.  She stayed in the area for about thirty minutes.  A live decoy could be good, so I just watched as she scratched and pecked for food.  I looked out the window in the blind to the left and saw two big birds coming in on an overgrown trail.  I picked up my bow, sat back and got ready for the shot.  When I thought they should be getting close, I took a peek out of the window in the blind.  Two big birds alright, however, to my dismay, turned out to be two sandhill cranes.  Fowled again!  This is how my season went.

At the first of July I was still seeing turkeys strutting in the fields.  They were on a weird schedule this year in Minnesota.  I believe it was due to our spring weather.  Right at the start of the breeding season, when things were starting to green up, we received 10 inches of snow, which totally confused them, and made this an “out of the ordinary” season.  Even my UPS delivery driver agreed, along with some of the other residence he delivered to, it was a crazy year.

Guess I’ll just have to wait to see what next year’s season will bring.