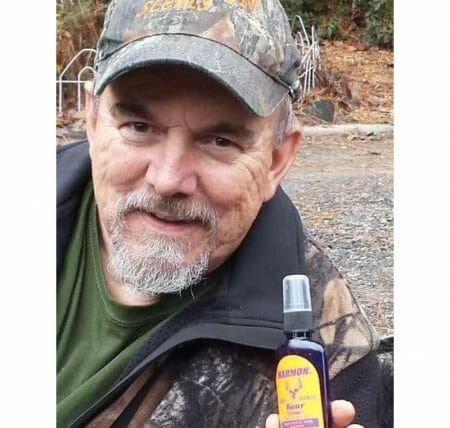 In Memory of Bill Harmon, Founder of Harmon Scents

Bill Harmon, founder of Harmon Scents, passed away Friday, October 26 at the age of 67.

Bill was born in Fairbanks, Alaska. He and his four brothers and sisters lived across the country with their military father.

Bill considered Fayetteville, GA his home and spent a lot of time their growing up. He worked for Lockheed Martin for 35 years, and when he retired he spent 100% of his time running his namesake company Harmon Scents.

He used to sell his famous Harmon Triple Heat Deer Scent by the bottle over the weekends from his old van going door-to-door from Georgia, to South Carolina, Alabama and Mississippi. Bill sold his company to Altus Brands in 2012, and continued to work full time; developing new products and going to shows and constantly selling, and selling, and selling.

He was in the business for almost 40 years and will be missed. He loved his customers, the industry, his Georgia Bulldogs and helping other people. But most of all, he loved his family; his wife Darlene, his combined five children and fifteen grandchildren.

How to Choose a Proper Rifle Scope