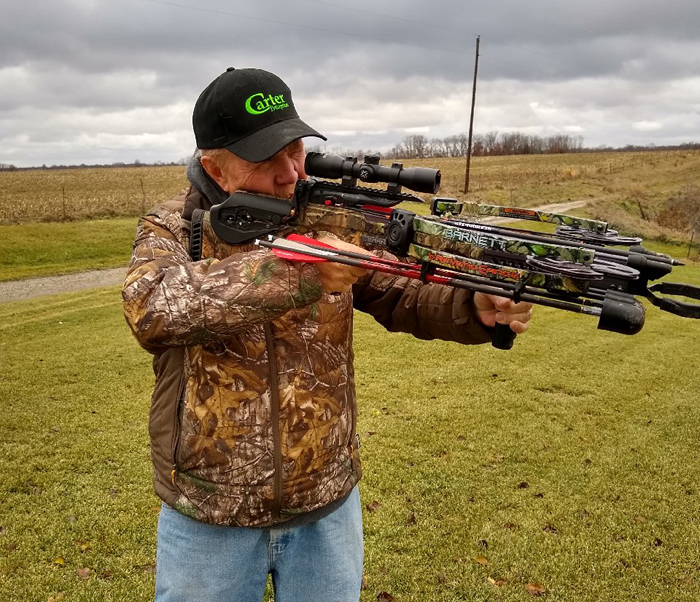 This past spring during my annual physical I got some unexpected news – I had a blockage in one of the arteries in my heart.   Worse yet, it was the one referred to as the “Widow maker”.  The Bad news is with the widow maker you have no symptoms and then you have the “Big one”.

Obviously I had no choice but to have surgery and see if the situation could be corrected with a stent or stents.  The quickest I could get the procedure scheduled was six weeks away.  A couple of physician friends said I should literally do nothing until the procedure was performed.  I spent the time reading, watching videos on trapping (my latest bad habit) and catching some TV shows.   I was so concerned that I didn’t even shoot my bow in that time period.

Now the good news.  The procedure was performed and two stents were needed to correct a 90% blockage, but there was no sign of heart damage.  I was a lucky and thankful guy.

During this time period, I missed hunting turkeys on our Missouri farm.  I was fine with that since with the correction hopefully there will be more turkey seasons in my future.

I had planned to field test a Barnett crossbow during turkey season but that would have to wait until the fall season.

I’ve read and heard the debates over the crossbow and whether it should be allowed in the archery hunting season.  I figured this would be a good way to develop my own opinion based on my personal usage.

A long time archer I know switched to a crossbow after an accident made it difficult to shoot a traditional bow.  He suggested I try the reverse limb style crossbow.  He stated the balance of the reverse limb was better since the weight of the weapon was moved back closer to your body and that’s why I chose the Barnett crossbow. 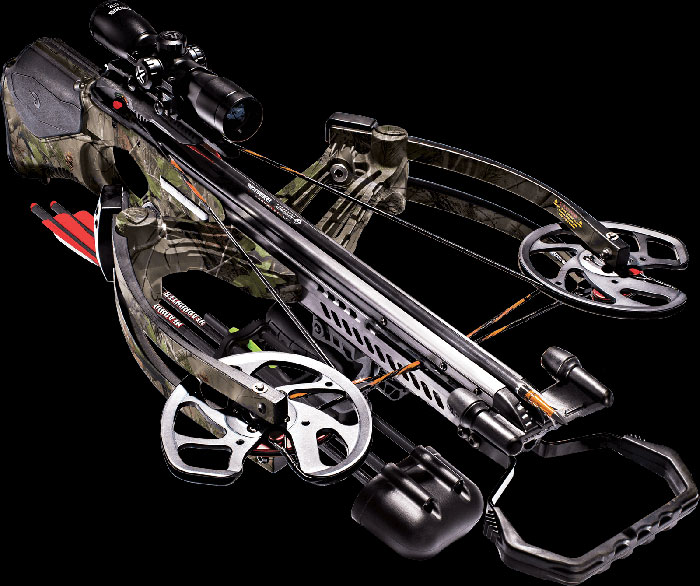 The Revengeance is a reverse limb crossbow.  It seems all crossbows are heavy compared to a compound and this one was no exception.  It weighed 8.4 pounds.  I found a carrying sling solved the problem and made the weight less of a factor than I had feared.  Shooting sticks provided stability in practicing and hunting.

The draw weight is 145 pounds and the bow comes with a rope cocking device.  I decided to have a crank cocking device installed and really liked this addition.

It has a tremendous amount of kinetic energy (135 foot pounds) and the bolt speed is advertised to be 400 fps.  I didn’t shoot it through my chronograph but I can tell you it’s plenty fast.

The reverse limbs measure 18” axle to axle in the cocked position.  I found this made it a lot easier to maneuver in a blind.

Barnett has done a lot to make their crossbows safe to operate.  The Revengeance has a folding vertical foregrip.  I had heard a lot of stories about people getting excited and putting their thumb in the path of the shooting string.  This foregrip eliminates that possibility and added to the comfort of holding the crossbow.

The bolts are held in place by a floating bristle retainer.  This seems to be very durable and not as fragile as some of the plastic retainers I’ve seen.

The 4×32 mm illuminated multi reticle scope performed without any problems.  I didn’t hunt under rainy conditions so I can’t attest to it being waterproof.  I did like the illumination in red or green, it made the sights more visible, especially early in the morning or late in the day. The scope is mounted on picatinny rails making it easy to move for the proper eye relief for you.

Accurate – very much so.  I was impressed with the consistency of each bolt I shot.  No fliers or bad grouping.  The accuracy was so good that I didn’t aim at the same bullseye on my target when shooting more than one bolt for fear of destroying a bolt.

Overall I thought the Revengeance was well-made and well designed.  I was impressed with its accuracy.  Another thing I liked was the bow required no assembly except installation of the scope.

It comes with a rope cocking device, side mount quiver, two bolts and lubrication wax.  I would recommend that you check it out if you’re in the market for a crossbow.    The MSRP is $999.   You might consider the crank cocking device as an add on, it costs about $125. 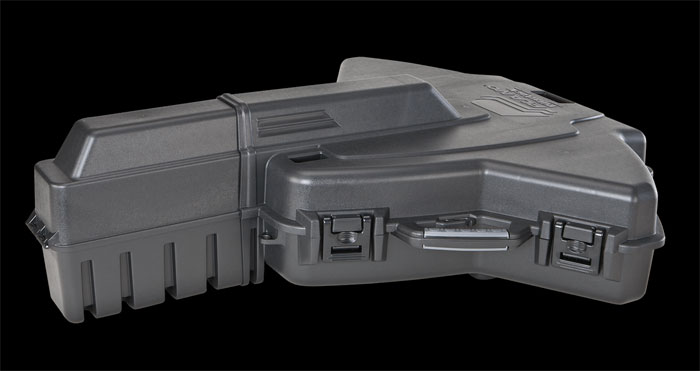 Of course I needed a crossbow case so I looked around for one that was reasonably priced and durable enough to withstand the abuse of traveling.  I found the Plano case and it fit the bill.  The hard shell case is virtually crush proof.  The tail stock is adjustable up to 11” so it will fit a wide range of crossbows.

It comes with high density foam to cushion the bow from damage.  A shoulder strap makes carrying the case a lot easier than using the built in handles on the case.  The rigid construction of the case gave me comfort in transporting the Revengeance.   I found it on the internet with prices ranging from $85-100.  For the money, it’s a good buy.

Although I wasn’t successful in taking a turkey with the crossbow, I did take two nice bucks with it.  I’ll detail that hunt later on Bowhunting.net.

It's In The Eye Of The Beholder