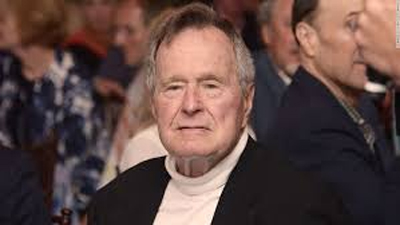 Bowhunting.net Joins in paying our respect for President Bush and Family.

Safari Club International and bowhunting.net join hunters and others around the world in mourning the passing of former U.S. President George H.W. Bush, who also was an Ambassador Life Member of SCI.

“On behalf of millions of hunters, sportsmen and anyone devoted to life outdoors, I send condolences to the entire Bush family as they mourn the loss of our 41st President.

“President George H.W. Bush served America in positions of leadership and high responsibility his entire life.  As a young man he defended America as a Naval aviator in World War II combat and later led our nation as commander-in-chief in a victorious war to preserve freedom.  And throughout his well-lived life, President Bush exhibited a love and enthusiasm for sportsmanship and outdoor life that is an example for everyone to this day.

“President Bush was a tower of strength and also the embodiment of grace and dignity.  Sportsmanship was a permanent fixture of his gregarious character.

“In any endeavor in life, genuine friendship is so desired and yet so rare.  My fellow SCI members and I were honored to call George H.W. Bush our president and deeply appreciative and blessed we were able to call him a true friend.”

Headquartered in Washington, D.C., Safari Club International is the voice for hunters and sportsmen across America and around the world.