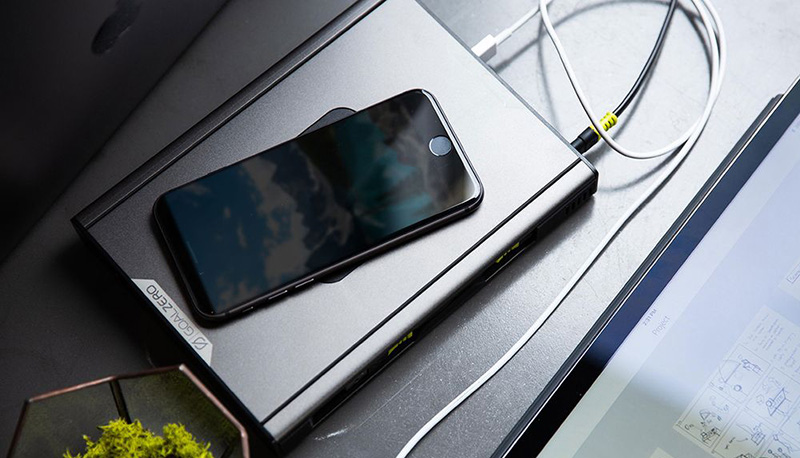 Wireless Charging For Your Smartphone And Other Mobile Devices

Keeping a good charge in your Smartphone, GPS, digital camera, iPad, tablet, laptop and other mobile devices can quickly become a challenge when you don’t have an electric plug available. Many of today’s outdoorsmen and women take their Smartphones and other mobile devices with them on bowhunts, deerhunts, camping, fishing and other outings. Keeping the ones charged up that you use frequently can be a problem. And Wireless Charging can be a big help. ———- Introduction by Robert Hoague

In the Goal Zero website’s blog What the Tech?, they explain complex terminology, take a look at emerging power trends, and shed light on the technology that goes into making portable power as well as solar, and lighting solutions. Read on to learn about how wireless charging works and what to expect from your wireless charging experience.

Wireless charging technology has recently seen a resurgence in popularity due to its inclusion in Smartphones—especially the Apple iPhone.

Wireless charging technology has been around for quite some time. In fact, engineers first began experimenting with early forms of wireless charging in the late 1800s. What’s more, anyone who has ever used an electric toothbrush has likely already utilized the technology in their home.

HOW DOES WIRELESS CHARGING WORK?

While there are several variations of wireless charging, the most popular is inductive. Inductive charging is the transfer of energy across a magnetic field, passed between two coiled wires. One coil exists within the charging base, the other within your device.

Anyone who has used wireless charging for their phone is likely familiar with the term “Qi.” Qi is simply the charging standard that has been widely adopted across phone manufacturers, now including Apple with the iPhone. This type of charging utilizes near-field technique to transfer power over short distances within a confined gap between the devices, presenting virtually no risk of radiated emissions exposure, thus making it ideal for charging smartphones.

WHAT ARE THE BENEFITS AND DRAWBACKS?

As with any new technology, there are pros and cons to wireless charging. By and large, this feature makes powering your phone far more convenient. For many, eliminating cords from the charging experience means fewer accessories to keep track of and, ultimately, break and replace. In order to charge your phone wirelessly, you only need your enabled phone and a charging pad. Today, wireless charging pads are available standalone or as one of several charging options on select portable power banks—such as the Sherpa 100AC—for a truly wireless experience.

Another advantage this charging technology offers is the ability to fully ruggedize your device. With even the burliest of phone cases, protection is compromised in areas where holes are left to access ports. Eliminating the need for ports affords the potential to completely cover and weatherproof your device. Wireless charging allows you to charge through surfaces up to 4mm, about the thickness of most phone cases. That said, wireless charging will not work if a magnet, collapsible grip, or other obstructions are in its way.

Due to the nature of wireless charging, a percentage of efficiency is always lost. This holds true across any variation of the technology, and here we have its major drawback. Charging up wirelessly will take longer than some of the more advanced cord charging technologiesavailable. Inevitably, when energy is transferred from one wire inside the charging pad to the other wire inside your phone, some of that energy is lost in transit. Generally, the technology operates at around 75 – 80% efficiency. In order to reach that maximum efficiency while charging, we recommend ensuring your phone is properly oriented on the charging pad. If you’re charging up with a Sherpa 100AC, you can position your device while watching the information display to figure out which orientation results in the highest wattage and thus fastest charge.

WHERE IS THE TECHNOLOGY HEADING?

In addition to its use in smartphones, wireless charging technology can be found in devices ranging from tablets and laptops to electric buses. While there are certainly drawbacks to wireless charging that must be considered, the technology opens the door for a number of interesting applications. Power at a distance could someday allow for mobile devices to be charged by simply walking into a room or for vehicles to charge between stops. We’ll continue to monitor advancements in this area for inclusion in our next generation of portable power products.