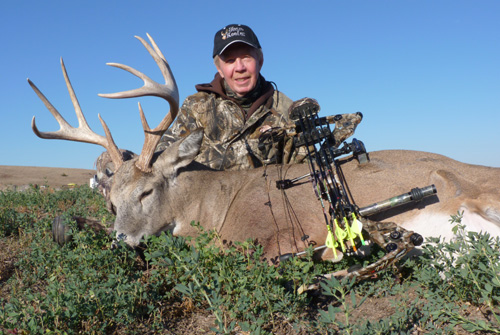 Roy K. Keefer, age 74 of Kahoka, MO (and Las Vegas, NV), passed away Wednesday, January 23, 2019, in Blessing Hospital in Quincy, IL. Roy was born September 22, 1944, in Pittsburgh, PA the only child of Roy C. and R. Margaret Durst Keefer. He grew up in Leon and Point Pleasant, WV and graduated from Point Pleasant High School. He then graduated from Marshall University with a BS in Accounting and earned his CPA license. He went on to work for Ernst & Ernst (now Ernst & Young) in Columbus, OH and then moved to Oklahoma City, OK where he worked for Peat Marwick Mitchell (now KPMG).  In 1984 he moved to Farmington, NM and started his own CPA firm with two other CPAs.  In 1988 he sold his interest and moved his family once again to Las Vegas, NV where most still call home. In Las Vegas, he  was a senior manager at Laventhol and Horwath, CPAs before becoming the Chief Financial Officer for a publicly traded gaming related corporation where he worked until his retirement in 2002.

In 1965, Roy married Vera Jean Ross and in October 1967 had their first child, daughter Kim.  According to Roy, we are all to credit Kim for saving their lives and giving us all of our wonderful memories of him.  As he told it, they were in the car starting to drive from Point Pleasant to Gallipolis OH where Jean’s parents lived when Kim started fussing and needed to be feed.  They went back to the house and Jean fed her. They then, again, started their trip but when they got close to the Silver Bridge across the Ohio River there was a long backup and many first responders around the scene.  Roy got out and walked up the line of cars and saw the bridge had collapsed.

In February 1969 they added a son to the family, Roy K Keefer II  and in February 1976 another daughter, Mandy.  They lost their wife and mother Jean, in April 1996.  In 1997 Roy married Shelby M. Nutton, another CPA he met while working at Laventhol & Horwath, the CPA firm they both worked at in Las Vegas.

Roy was a kind and gentle man that loved life and lived each day to its fullest.  He loved hunting, fishing and being in the outdoors where he always had a smile on his face.  He started hunting as a kid in West Virginia where if you were fortunate enough to harvest a deer your picture was in the newspaper.  Roy hunted most of his adult life throughout the world including 18 states in the U.S., five provinces in Canada, Africa, New Zealand and Australia.  He has taken 20 of the big game species in North America and has animals listed in the Pope & Young Club and Boone & Crockett Club record books.  He was a senior member of the Pope & Young Club, was active in Safari Club International and was an instructor for Nevada Hunter’s Education program.  He was a member of the Outdoor Writers Association of America, a freelance writer and had been on the hunting pro-staff of two major archery companies.  Roy also field-tested products for suppliers to the archery industry.  In addition to being a columnist for Bowhunting.net he has been published in national hunting magazines and has appeared on several television hunting shows.

For the last several years Roy spent most of his time working his farm in NE Missouri improving the land for deer and turkey where he loved hunting on his own land.  Below is the buck Roy harvested this past fall with his crossbow.

Roy is survived by his wife, Shelby, his three children: Kimberly Ward (Tom), Roy Keefer, II (Melissa), both of Las Vegas, NV and Mandy Keefer (CJ) of Nashville, TN.; four grandchildren: Danielle (Andrew), Madison, Roy and Weylin, all of Las Vegas, NV and is preceded in death by his granddaughter Bailey.  A Celebration of Life is being held, Saturday February 23, 2019 at 11:00 am at Peace Way Christian Center, 7570 Peace Way, Las Vegas, NV 89147.  Donations can be made to the Pope & Young Club Trust Fund https://pope-young.org/ or Keep Memory Alive https://www.keepmemoryalive.org/