Venison: From Field To Dinner Table 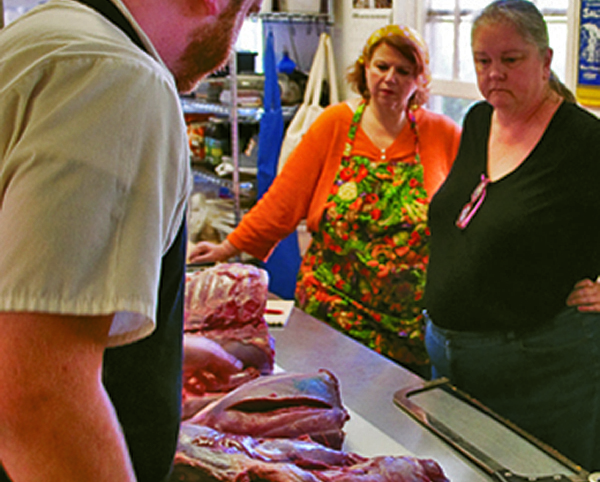 Preparing your own venison feast is the ultimate local food experience.

It’s one of those sublimely perfect autumn afternoons. The October sky is clear and bright, and a luscious light breeze carries the promise of cooler weather to come. It’s the kind of day where it’s a sacrilege to be indoors — but this day is different. Some of us get special dispensation. Because today a half-dozen food enthusiasts are gathering at an out-of-the-way commercial kitchen, blocks from the state Capitol, to learn how to process and prepare venison, led by talented chef Jesse Griffiths.

I’m the first to arrive, and the intoxicating aroma of baking bread nearly knocks me over as I push open the heavy door to what will be our kitchen classroom. The warm, yeasty perfume isn’t the only heady scent making my mouth water on this glorious Saturday; mingled with it is the fragrance of something savory and meaty simmering in a huge stock pot over a low flame on an industrial six-burner stove. I’m in olfactory heaven, and we haven’t even started our four-hour culinary exploration.

One by one, each participant arrives, and I see on their faces the same delight that must have visited mine when I first walked through the door. Of the six women and one man now crowding around the stainless steel work bench, two are hunters while the rest of us have hunters in the family or as friends.

We all signed up for Griffiths’ Do-It-Yourself _Venison class for the same reason: to learn how to minimize waste and maximize flavor of nature’s _perfect protein. Griffiths is a loyal advocate of using the freshest, _least-processed food possible.

Griffiths, a low-key, soft-spoken man in his 30s, welcomes us to the course, and as he does he removes a pristine deer carcass from a nearby cooler and places it on the biggest cutting board I have ever seen. The animal, an axis deer, comes from Broken Arrow Ranch in Ingram — an artisanal producer of free-range venison, antelope and boar.

It’s beautiful in its way — this carcass. Creamy-colored fat (what there is of it) and tendons and silver skin outline and hold together taut, gleaming, sinewy red muscles that, throughout the afternoon, Griffiths will thoughtfully carve away from the bone to create cuts of meat for preparations that “go beyond bacon and Italian dressing.” Pushing boundaries is what Griffiths does.

Griffiths, an avid outdoorsman, and his wife, Tamara Mayfield, are the proprietors of Dai Due Supper Club in Austin, where — with skilled staff — they do something unique in Central Texas: They prepare and serve seasonal, moveable multicourse feasts featuring locally produced food. No membership is required to join this club; anyone with a sense of culinary adventure (and the cash) has a place at the table.

Dai Due’s dining events and classes always sell out because of Central Texans’ voracious appetite for local and sustainable food, together with Griffiths’ reputation for creating inspired cuisine. “Previous to these past few years,” Griffiths explains, “eating locally and sustainably has been popular for the last … oh … 10,000 to 15,000 years.”

He draws up one corner of his mouth in a playful smile and adds, “It’s recently regained some of its hipness.”

Hunting has also regained some of its hipness as urban-dwelling foodies seek game with which to experiment in recipes. Legions of dedicated home cooks committed to using local products go to great lengths to acquire the ingredients they need; the passionate pursuit of wild game leads some of them to take up hunting — becoming, for many, the first in their families to do so.

Before Griffiths begins dismantling the deer, he introduces us to Christopher “Tink” Pinkard, a master butcher and professional hunting and fly-fishing guide. Pinkard says learning how to butcher deer takes the worry out of whether the sanitation is up to par at processing facilities, or whether hunters get the same deer they brought in returned to them.

Pinkard explains the common mistakes some hunters make when field-dressing animals — errors, he tells us, that can increase the gaminess of the meat. “You want to fully bleed the animal before eviscerating it,” he begins, which makes a couple of us squirm uncomfortably. “Hang it with its head down; the longer you bleed it, the better flavor you’ll get from the meat.” He warns not to puncture the offal (innards) of the animal when eviscerating it.

“When you remove the innards,” he continues, “don’t let the viscera fall into the cavity. Make sure the animal’s head is higher than its back legs during this part of the process.” As gruesome and unappetizing as Pinkard’s matter-of-fact description sounds, we all know that it’s the reality of hunting and cooking with game, or any animal. In tandem with Griffiths’ venison recipes, Pinkard’s perspective provides a complete picture of the process from field to plate.

“If you’re going to go through the time and expense of harvesting an animal, you need to take the time to enjoy every little bit of it,” Griffiths says. “Today we’re going to use the liver, the kidneys, the bones and the neck — everything. I just want to show you how good that stuff is.” He tells us that even if people don’t like liver or kidneys, they should mix them in with sausage ingredients. “You’ll get the nutrition from the organ meats without the taste or the waste.” Griffiths calls this responsible eating.

For the next several hours, Griffiths demonstrates the techniques he uses to butcher a deer, transforming our subject into distinct cuts of meat. He shows us how we can use the bones to guide our cuts.

For a flank steak, Griffiths carefully slices along the backbone, and then works the blade between the ribs and the muscle, following the natural curve of the ribs until he reaches the end and releases a large, mostly rectangular, slab of meat from the incredible shrinking carcass. He turns the carcass over and does the same to the other side, and then tells us he’s going to stuff the flanks.

Griffiths makes the stuffing from chopped aromatic herbs, breadcrumbs, ground pork, onions and other ingredients, and spreads the mixture over the flanks. He rolls and ties the flanks with butcher’s twine so they won’t fall apart, and then takes them to the stove, where, in a very hot pan, he sears the outsides until a nice brown crust forms. Into the pan he adds simmering stock he made earlier from venison bones. For the remainder of the class the stuffed flank steaks braise in the liquid.

“Cuts of venison like the flank can end up really tough if you don’t use the proper cooking technique,” he tells us. “With tough cuts of meat, you want to cook them at low heat in liquid for a long time until the connective tissues in them break down.” When we sample the stuffed flank (we actually eat one he had started before we arrived), it is extremely tender and delicious.

With each new cut of meat he removes from the carcass, he cooks up (and sometimes doesn’t cook) new taste treats: venison tartare, venison liver pâté, knackwurst, kielbasa and perfectly tender and juicy fried cutlets. The time goes quickly, and before we can dab our mouths with the corners of our aprons, class is over. Well, not quite.

In the spirit of the “moveable multicourse feast,” we conclude our learning and tasting the next day an hour west of Austin, inside a rustic barn at the picturesque Montesino Farm and Ranch in Wimberley, and we’re not alone. An additional 20 diners from Austin and the surrounding area also have seats at the table, where together we enjoy a delectable five-course Dai Due Supper Club venison banquet.

I sit with three of the previous day’s classmates, and together we admire the perfectly plated dishes. We sample the very same fare that one day earlier we ate directly from cutting boards and pans, often using our fingers instead of utensils.

The food seemed rustic then, but now we marvel at how beautiful and elegant it appears when displayed in a way to bring out its full potential. It’s true that we eat with our eyes as well as our mouths, because the food tastes even better this day.

From the refreshing wild plum ratafia predinner cocktail to the mesquite and yaupon honey ice cream for dessert — and all the venison dishes and sides in between — the night was a culinary and gustatory success.

Griffiths doesn’t work with sustainable, seasonal fare foraged from local farms and ranches because it’s trendy. He does it because to him “it’s right.” Visitors to the Dai Due website see this Italian adage: “Dai due regni di natura, piglia il cibo con misura” — “From the two kingdoms of nature, choose food with care.” To Griffiths, it’s more than a saying, it’s a commitment. 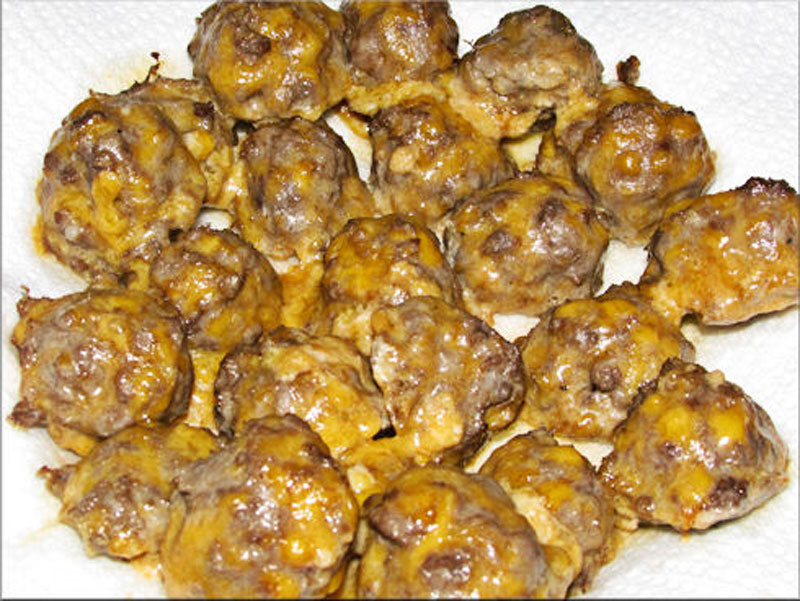 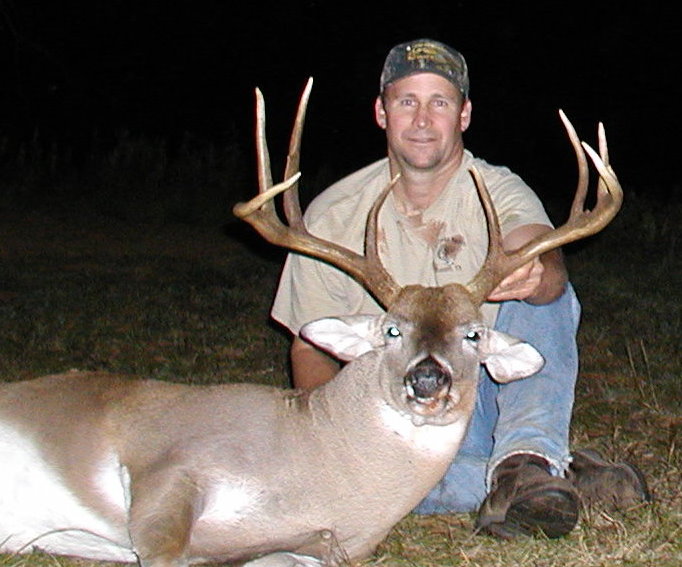