by Mark Rohlfing
in Bowhunting Blog, Wild Turkey
0 0
A A
0 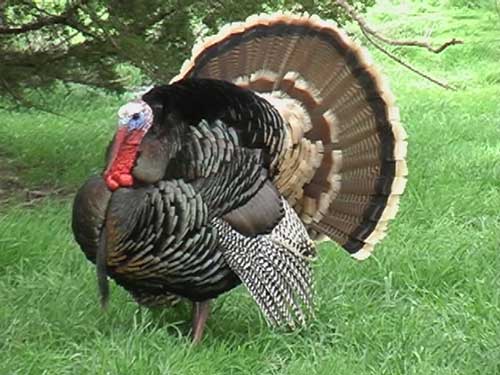 Flash ’em!
Be very careful with this tactic; make sure no other hunters are within shooting range.  I’ve used this tactic with positive results.  It works best in areas with large open fields or savanna type terrain.

You’ve spotted some turkeys feeding in a large field and you’ve snuck to within 75 to 200 yards.  I generally carry a gobbler decoy with tail fan.  Assemble the decoy and crawl to the edge of the field, keep your head under the decoy (this is the dangerous part if other hunters are near).  Crawl out into the field.  If the turkeys don’t see you right away call with a few soft yelps.  You’ll know you’ve gotten their attention if they stick out their necks for a better look.  Slowly rotate the fan like a gobbler strutting his stuff.  You could also yelp and cut like an excited hen.

I’ve had jakes and gobblers literally charge me as I attempt to crawl back to my set-up and other times the birds seem to ignore it.  Even when they ignore it they know exactly where you are and may come in later.  I have friends who have done the same thing with only a tail-fan.

I remember a situation from late in the spring season.  Most of the hens were already nesting and I had located a group of jakes and toms.  It was about 10 am.  These birds were feeding in an alfalfa field.  I did exactly as described above; crawled to the edge of the field and flashed them (from about 150 yards away) with the ‘tom’ decoy – trying to create the sounds and visual stimuli of a tom strutting for a hot hen.  The birds no doubt saw and heard me, but they weren’t responding very quickly.

After about 20 minutes they slowly began working my way.  I crawled back into the trees out of their sight and set-up the blind, decoy, and camera.  I yelped softly and was soon answered by a gobble.  They were on their way.  Fifteen minutes later I arrowed my final bird for the season.  Did the ‘flashing’ help?  I believe it did.  Without it, the birds may not have worked their way to me, or definitely not as fast.  I think it peaked their curiosity and they had to check it out.

How To Call Gobblers On The Roost