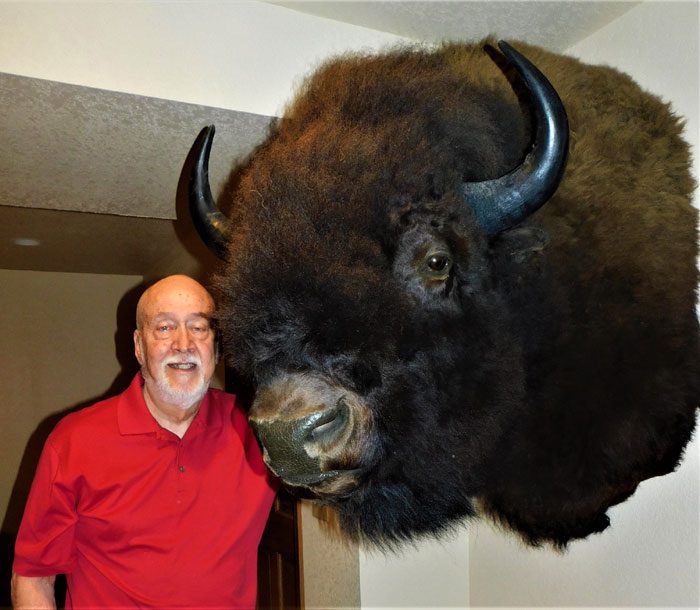 Archery tradition of “Hunting the Hard Way” dying or is it already dead?

IN MY LAST COLUMN I briefly examined the positive and negative effects that modern technology has had on the ancient sport of archery and 21st century bowhunters. For those of us with lots of gray in our whiskers, folks who began shooting arrows at targets and game animals in the 1950s and 1960s, can likely recall crafting or buying our first longbows and recurves. We mostly used tapered cedar or metal shafts with glue-on feather fletching and field points for shooting paper or hand-sharpened, store-bought, cut-on-contact broadheads for hunting deer and other woodland game.

Back then, drawing an arrow the average 28 inches or so before releasing it took a bit of doing with heavier-pulling hunting bows. For example, if your bow’s draw weight was 60 or 65 pounds, it was no different than using your index, middle, and ring fingers to lift that total weight slightly more than two feet off the floor, hold it steady while aiming, and then relaxing your fingers to make the shot. States established minimum draw weights for hunting, typically in the 35 to 45-pound range, give or take a little, to help achieve necessary penetration for quick, clean kills.

Kinetic energy was something you’d find referenced in a physics book. Compound bows and minimal draw weight let-offs were, until the late 1960s and early ‘70s, known only to H. W. Allen and Tom Jennings and their small group of followers. By the way, the let-off on my initial Jennings bow, the one used to take my first compound-killed buck, was around 10 or 12%. In 1971, when the very first copies of Bowhunter Magazine rolled off the presses, only one compound bow ad could be found. But by the end of that same decade, most of the major North American bow companies were building, advertising, and selling fast, flat-shooting wheeled bows for hunters and target shooters alike.

Arguably, the compound bow had just changed archery and bowhunting forever. Using wheeled bows with their cables and pulleys, made bows shoot faster and bowhunting easier than using stickbows.

THE LEGENDRY ARCHER/BOWHUNTER HOWARD HILL wrote Hunting the Hard Way in 1953, rightfully noting in his book that using firearms was easier and more woodcraft and stalking ability was necessary for archers to get close to wary game before making the killing shot. He also said of bowhunting, “I know of no greater measure of game conservation than using the bow as a weapon in hunting game.” That’s because of its low overall impact on game populations. That was true in Hill’s heyday and in the 1960s when I got serious about bowhunting (with only 3 or 4 of every 100 bowhunters tagging a deer).

Now, half a century later, bowhunting success shows decades of growth. Much of that improvement is because of the population explosion in North America’s whitetail deer herds, better bowhunting tackle, and more knowledgeable, experienced hunters. From an average success rate of 3 to 4% in the ‘60s, bowhunters in at least 10 states and provinces now enjoy 30 to 40% success putting venison in the family freezer. Only Nova Scotia’s 6%, Maine’s 10%, and California’s 11% fail to hit seasonal deer kill averages in the teens or better. (Note: All figures cited are from the 2018 Bowhunter Magazine Deer Forecast.)

Such success has not gone unnoticed by game departments and deer biologists, as well as critics of bowhunting’s lengthy seasons, which often include the annual rut when bucks are most visible and vulnerable. Combined with diseases like EHD or CWD, that can take a heavy toll on deer in any given area, plus increased road kills and overharvesting does by issuing too many antlerless licenses, complaints about deer sightings are becoming increasingly commonplace.

My adopted state of Indiana is a good example. Nearly one-third of Hoosierland’s 75,000+ bowhunters fill their tags annually without adversely impacting the herd. However, an overly long firearms season, including an arbitrary antlerless late season that takes a heavy toll on pregnant does, has transformed the state into counties with pockets of plenty and adjoining counties, which formerly supported good numbers of whitetails, into areas with comparatively few if any deer. Not surprisingly, this has caused growing numbers of unhappy Indiana deer hunters to grow increasingly restless.

Compounding the mounting unrest (no pun intended), is the fact that in recent years certain high-powered rifles and crossbows have been legalized for hunting Hoosier deer. Throw in the annual road kills and the crop-raiding deer legally blown away and left to rot by farmers during summer months, plus fears the Indiana herd is dwindling, may be true. Making killing deer easier is an issue in Indiana and elsewhere. Calls for protecting does by reducing antlerless permits and eliminating the late season are increasing.

I HAVE NO DOUBTS that the modern crossbow is already having a major impact on bowhunting. When in 1976 neighboring Ohio legalized the use of crossbows during archery seasons – and Arkansas followed suit – it took only a few years for crossbow usage during deer season to exceed the use of vertical bows. More recently, after Wisconsin okayed crossbow use in 2013, the identical thing happened. In 2018, Badger State “bowhunters” registered 46,750 deer by shooting crossbows, while 40,055 tagged their deer with compounds and traditional bows held and shot vertically.

The reason is obvious? Crossbows are easier to use. They’re pre-cocked, frequently equipped with telescopic sights, and ready to shoot with minimal movement when a deer appears. They are, in fact, the antithesis of Hill’s “hunting the hard way.” The claim that compound bows are simply vertical crossbows doesn’t hold water for any objective hunter.

Based on my 60+ years in archery and big game hunting, I can state unequivocally that I can hunt effectively with longbows and recurves shot instinctively, but I’m a better shot at longer ranges using a compound bow with sights. Likewise, I can shoot even better at longer ranges using a crossbow with a telescopic sight and bipod than hand-holding either a stickbow or compound. I suspect this is generally true with a majority of folks.

The popularity of crossbows is not surprising, really. This is the age of busy, results-oriented folks who often have multiple interests and obligations with little spare time. The crossbow doesn’t require the strength necessary to draw and hold conventional bows, making crossbows appealing to youngsters and women. Once legally used only during archery seasons by physically challenged bowhunters, today’s crossbows typically account for the only area of growth of hunting license sales in some states. Deer hunters like them because of the long archery season, increased odds of tagging a deer, and the minimal amount of practice time required once the weapon is sighted in.

Based on the limited research I’ve conducted, it seems that increased crossbow license sales do not result in more hunters showing up in the woods and more revenue for Fish and Game Department coffers. The state of Wisconsin cites a trend that indicates many “new” crossbow shooters are in fact gun hunters who like the longer season and better weather, or they are former bowhunters wanting better odds to fill a deer tag than conventional bows and arrows offer.

What’s my personal take on crossbows? They are a fine weapon and deserve a season and record book of their own. Crossbow kills should never be allowed in the Pope and Young bowhunting record book. Moreover, since I love bowhunting for the challenge it offers, I would never hunt with a crossbow during archery season any more than I would use a firearm, if legal. However, I do frequently hunt with my compound or recurve during a firearms season – often wearing the required blaze orange over my camo clothing – and I’ve been successful tagging every big game animal from deer to moose and caribou and mountain goats and muskoxen to black bears and cougars. Crossbow hunters easily could enjoy similar success competing with gun hunters, if willing to accept the challenge.

I oppose the use of crossbows during archery seasons except by physically challenged hunters. Why? Because they distort numbers of actual bow kills and thereby threaten the future of “hunting the hard way.” That’s the way I’ve hunted for six decades and will continue to hunt for as long as I have the strength to draw a bow and release an arrow.

For Hunting the Easy Way? Part 1
For more please go to: Thoughts and Tips with M.R. James

How To Clean & Prepare Your Wild Turkey

How To Update Your Hunting Gear