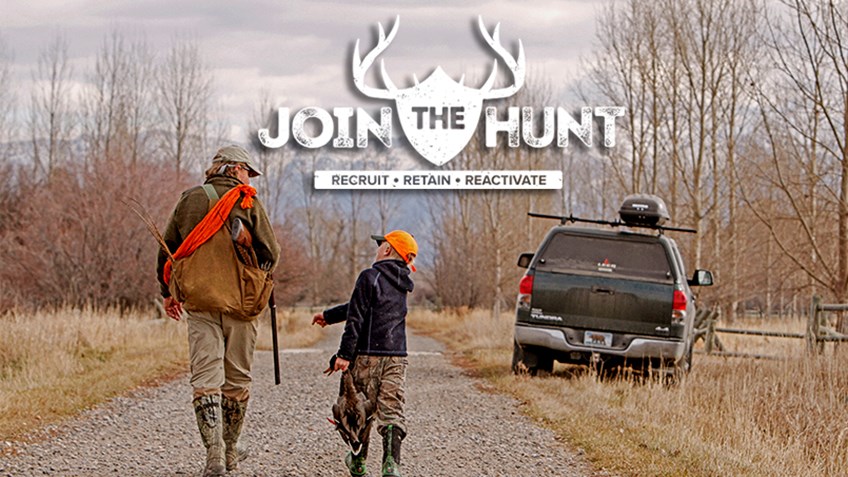 He was a boy, 12-years-old. He had fearful, downcast eyes and stiff, robotic movements. He was attempting to settle a rifle on a fold-out camp table so he could check the rifle’s zero on a paper target our outfitter had stapled to a box and placed by a sagebrush flat. A half-dozen men surrounded the boy, all family relatives, they were teasing him and talking down to him.

The boy tried to settle the rifle on a pack someone had placed on the table, but the men just wouldn’t stop. I couldn’t even tell which man was his father. When the boy finally did shoot, he flinched and missed the box.

A relative elbowed me as if to let me in on the joke and said, “We’ll make a hunter of him.”

I walked away … knowing they wouldn’t.

The guide later told me those men pushed that kid up mountains talking down to him the whole way. The boy had only shot a .22 LR once at a range and was scared of the .300 magnum in his hands. The stories those men told him about how a man doesn’t wound game and how he’d have to take a bite of the deer’s heart frightened him all the more.

Inevitably, he missed. He came back to camp smaller, as if he were caving into himself. No one was teasing him then. They weren’t even talking to him. There was no chance that boy would become a hunter. All he wanted to do was get away from the horrible experience.

There is a better way.

Think back to all the steps that led up to your first pheasant or deer hunt. You likely weren’t just thrown into a hunt. If you were lucky you were introduced to the sport by going to the range, by exploring as you scouted and by tagging along on hunts. It was a rite of passage.

Despite this, today we too often see our screen-addicted kids and think we have to compete with the instant-gratification alternate realities of their video games and social media and youtube videos.

The rush of a gobbler coming in strutting as it answers every call or the thrill of approaching a bird dog on point are climaxes of long, riveting stories. Would you get much out of a movie if all you saw was the car chase at the end? It would be exciting for a moment, but you wouldn’t be involved in the plot or have any emotional connection to the characters. You’d walk away and soon forget the whole thing. Hunting doesent’t get into someone’s blood like that.

Introducing someone to hunting takes finding fun and interactive activities that get them involved in the narrative of how they will finally call in those ducks on that crisp autumn morning. It takes learning the skills, understanding the animals being hunted and building competence with confidence.

This can be done outside a family that goes to the range and hunts together, though there is no better way than that. My brothers and I started hunting because the woods were a natural escape from our father. We weren’t introduced as boys should be. We learned what we could from magazines and from hanging around a sporting goods store. We came across Robert Ruark’s The Old Man and the Boy in the town library and tried to follow that boy’s steps.

Likewise, John Annoni, an elementary school teacher in Allentown, Pa., and the author of Beyond One Day, escaped to a woodlot to get away from domestic abuse in his apartment in public housing. He would later use what he learned from those escapes to form Camp Compass Academy, an after-school program that uses hunting, fishing and shooting to mentor disadvantaged inner-city kids. On visits to Camp Compass graduates of the program have literally told me that its positive steps saved their lives, as it kept them off the gang-plagued streets and kept them marching toward earned, upbeat experiences.

1. Build Trust
“When parents or guardians give you the opportunity to engage with their children, do everything in your power to show them you can be trusted,” says Annoni. “Nothing is more valuable than earning trust.” Realize that any responsible parent is going to do a background check on you by Googling you and/or viewing your social media. If they don’t know you, then give them access and let them see who you are.

2. Drop the Ego
Forget about your hunting and gun ego. The beginning of your collaborative journey is all about the youth and his or her family. While the child might see you as a superhero at first glance, let him discover your talents through your humility and the time you give to him.

3. Make Sure You Have Something to Offer
Only approach a non-hunting youth or family after you have thought about what you can offer. Are you willing to take him on a youth day or opening day of the regular season to your best spot, and to make it all about his experience? If so, then you need to begin months before with a plan.

4. Make a Plan
Write down the steps it will take to learn the skills for the hunting adventure you plan to introduce to the youth. Share the goal with her/him and see if it is something she/he wants to try. Next, come up with fun activities to teach each step. They likely need to take a hunting safety course. Help her/him find one, take them there and help her/him through it. (The NRA has the resources to help you: nrahe.org.)

5. Bring Gifts
Give the child the gift of a magazine or book with pictures that is on their reading level. Follow up with a conversation about what he saw or found valuable during your next adventure. Also, give him a duck call, a turkey call or some other thing he must master with your help to do the hunt he’s said he wants to try. You’ll also have to get or loan him the other gear he’ll need.

6. Use Interactive Activities
Start with interactive learning activities that are fun. If you’re going to take a kid wild turkey hunting, show her how to use a call with the help of an audio recording or by going to websites together for instruction so she can practice without you. Later, you’ll need to give her a first gun-safety lesson off the range. Teach her the NRA’s rules of gun safety, and use American Hunter’s new Mentor Program Guide: americanhunter.org/guidetomentorprograms.

Annoni uses a shooting simulator and is strict about making his students treat the toy gun as if it is real. Later, when they have proven they can be safe and are mature enough, he gives them an air gun or soft-recoiling firearm and more in-depth instruction. It is also a good idea to take a youth to a professional instructor. (The NRA has the resources to help you find the right course: firearmtraining.nra.org.)

Keep the lessons short, positive and fun. Many of the fun activities should be in the field. I have introduced kids from my church to wild turkey hunting. It is amazing how they light up when they hear their first gobble on a scouting mission. We discover feeding, roosting and strutting areas together as they plot the info on a map on their phones. Suddenly the whole adventure is real and they can see themselves out there hunting.

7. Follow Up
Let the child you are introducing to hunting know what you’ll be doing next, and challenge them in a fun way to master the skills as you go. Try to see or speak to him/her every week as you build up to a coming season.

If the boy mentioned earlier in this article had just a little of this inclusive, emboldening instruction he wouldn’t have been drowning in so much pressure and uncertainty. It would have been a grand adventure for him, a growing-up experience. Instead, he left shattered. We must do better than that.

https://edfarmaciaonline.com
Tags: How to Introduce a Kid to Hunting
Previous Post