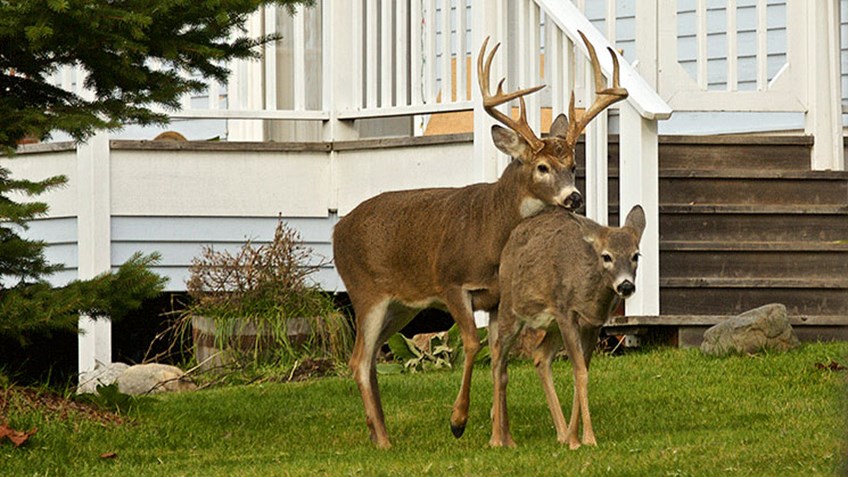 By Phil Phillips of American Hunter

It might not shock you to hear talk of government-sponsored birth control in New York City, but I was surprised when I heard it being discussed in relation to controlling whitetail deer. If an idea is ridiculously impractical or ill-advised, then it makes no sense.

So now you have my take on New York City Mayor Bill de Blasio’s proposal to launch a $2 million deer-vasectomy campaign to control Staten Island’s excessive deer populations. (Perhaps this is why de Blasio’s job-approval rating sank this week to its lowest point since taking office.) Doesn’t he know that American hunters would cull the herd for free—and share the meat with family and friends and, as is often the case, with those less fortunate through Hunters for the Hungry programs?

The timing of de Blasio’s plan is ironic considering I was just in NYC for the live “Hunters Conserve Wildlife” debate on May 4 when two different audience members asked why birth control can’t be used across America instead of hunting. Even the two anti-hunters arguing against the fact that hunters conserve wildlife had no feasible answer. After the debate, I was approached by an event security guard from Staten Island who wanted to talk about how it is overrun with deer and that hunters are the solution to the problem. But it seems the mayor prefers to conduct a three-year experiment to capture bucks using air-drooped nets and tranquilizer darts and give them all vasectomies.

Reports indicate Staten Island had two dozen deer in 2008 and more than 700 in 2014 so imagine how many more inhabit the island in 2016. As noted by the Staten Island Advance, “the city would be nuts” to try and sterilize every buck. Bernd Blossey, an ecologist at Cornell University, emphasized, “It’s difficult for me to come up with all the reasons why this is a really stupid plan.”

In step with Blossey’s comments, Dr. Paul Curtis, also with Cornell University, told the New York Post, “This proposal has no chance of success whatsoever,” adding that it would be extremely difficult to capture and operate on even 50 percent of the bucks. Backing up Blossey, Dr. Bob Warren of The Deer Laboratory at the University of Georgia told the Post that does will simply come back into heat if not impregnated, and that bucks from outside the borough could move in to breed—further trouncing the costly experiment’s efforts.

Mayor de Blasio’s campaign is said to be the first of its kind as cities that tried birth control in the past have gone the doe-sterilization route. So just how much will each vasectomy cost? We may know soon enough as the New York Observer says the goal is to begin the first phase of the three-year plan this fall. But while such a proposal is well outside the boundaries of common sense, I doubt most hunters are fazed. In our fight to save hunting’s future, we aren’t about to let anti-hunters to get us off our game.