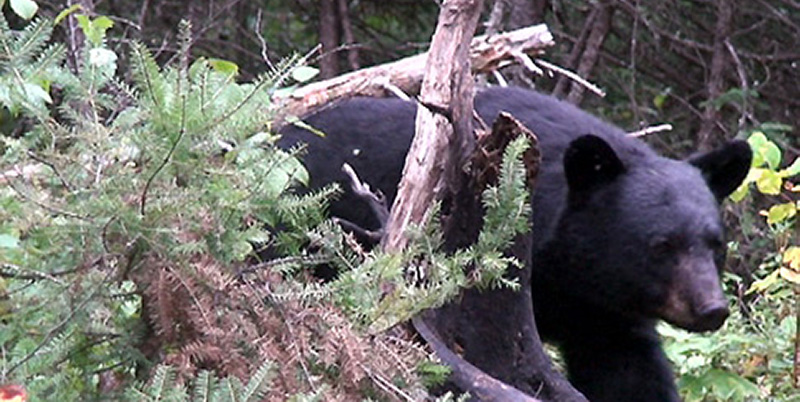 You are about to learn something surprising. If you want to hunt black bears over natural food, the formula may be easy. Eastern and northern black bears are largely dependent on acorns. Although bears are known as non-specific feeders or omnivores, eating almost everything from whitetail deer to ants to sedges during most of the year, they prefer and seek out acorns before denning.

Bears eat meat, fish, grasses, roots, insects berries and mast. Acorns are at the top of their natural food list. 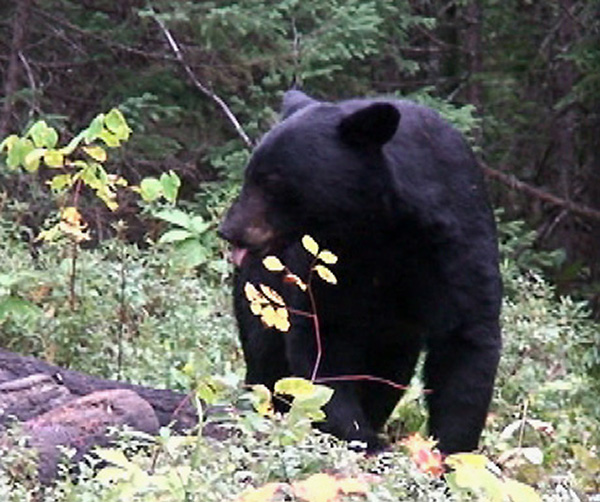 There is a reason for this. Acorns are the eastern woodlands super food. They are fed upon by over 96 species of birds and mammals and bears are among them.

With a protein count at only 6% it is the fats at 52% and the carbs at 42% that make them a perfect way to put on those pound to carry them over the winter.

Studies have confirmed that acorns are so preferred that one collared bear in Minnesota has been clocked as traveling 119 miles outside of its home range to attain acorns in the fall. Bears feed on nuts voraciously in the autumn. I once filmed black bears in the Smokey Mountains feeding on black walnuts. They fed for hours as if the buffet was closing in 10 minutes. The sow was crunching the hard shells in her mouth and spitting them out so the cubs could get to the nutmeat. She would then crunch a few for herself before the cubs caught up.

Same goes for my bear observations in the Monongahela National Forest in parts of W.VA. Black bears are regulars at white oaks that are dropping acorns in the fall. Mast is king.

Access to lots of acorns showed a dramatic weight variance for some bears. A northern MN study found that after tracking, capturing and weighting eight mature black bear sows during pre and post hibernation, the weights of bears eating acorns was significantly different. Seven of them had no access to acorns and one did. The seven without acorns to fatten up on gained only 8% over their spring body weight before hibernation. The sow with acorn access had a weight gain of 98%, nearly doubling her weight before hibernation.

In another study, in the southern Appalachians, the shortage of acorns, especially white oak acorns severely reduced birth and survival rates of bears. In the same region, it was found that acorn shortages definitely delay sexual maturity of sows.

An acorn crop failure in the Great Smokey National Park region caused a near total reproductive failure of black bears in 1984.

I live on a small farm in southwestern Pennsylvania. We have black bears in the woods behind my barn. In fact, one local bear just developed a taste for chicken and my neighbor lost 6 in one night. Our black bears are plentiful and healthy but not because of chickens…its because of our oaks. My friend, bear biologist Gary Alt along with two colleges, Kordek and Lindzey studied PA bears and published a paper in 1980.Here is what they found.

Black bears show higher growth and reproductive rates in Pennsylvania than they do anywhere else, partly due to the abundance and variety of oaks there.

Thirty-eight percent of Pennsylvania females produce litters by 3 years of age, and 88% do so by age 4, with litters averaging 3 cubs every 2 years thereafter.

By contrast, Minnesota black bear sows without acorn access show lower reproductive rates, often not producing cubs until age six. By the time those females produce their first litters at 6 years of age, Pennsylvania females would have produced 2 litters, and some of the cubs from the first litters would be producing cubs of their own. Acorns are the foundation of this breeding success.

By contrast, in Alaska where I once lived and still work filming wildlife, the black bears are focusing on berries in the fall to fatten up for hibernation. We don’t have an oak tree in the state but we do have about 100,000 black bears.

In Alaska, the hibernation period is extremely long lasting from October to May in most regions. Our bears need to really bulk up because of the long cold winter. If you want to hunt black bear in the fall, you need only find a high mountain slope covered with blueberries. Bears dot the hills like black periods in September. Their heads bob up and down like woodpeckers for 12-18 hours a day. They seldom look up which makes them easy to stalk.

In Alaska the bears move up to this level and focus on blueberries for about 3 weeks prior to hibernation.

So if you’re interested in targeting black bears over natural food in the northeast, I suggest you scout out white oak groves in the autumn. If you find yourself stuck in Alaska, glass those burgundy fall mountainsides and set up a stalk. But remember that our 32,000 brown bears and grizzlies like eating blueberries too, almost as much they like black bear hunters.