by Robert Hoague
in Bowhunting Blog, Deer, Robert's Blog
0 0
A A
0

The property where I live has a decades-old farmhouse as well as four Tin out-buildings that are spread around the area. One of the buildings is a dirt floor tractor shed. It has three smaller rooms for the storage of farm stuff — and, of course, some of my treestands and other hunting stuff has found its way there. Years ago, in the 8 x 8 corner room, I sawed a shooting window and a wide but very short slit to look through and keep track of what’s happening in the surrounding deer woods.

This year, my long-time bowhunting buddy John Askew and I crowded into that smallish hunting space to bowhunt deer. Our most recent hunt was on a weekend and it was gonna be a good one.

The bucks we’ve seen this year have been young ones. 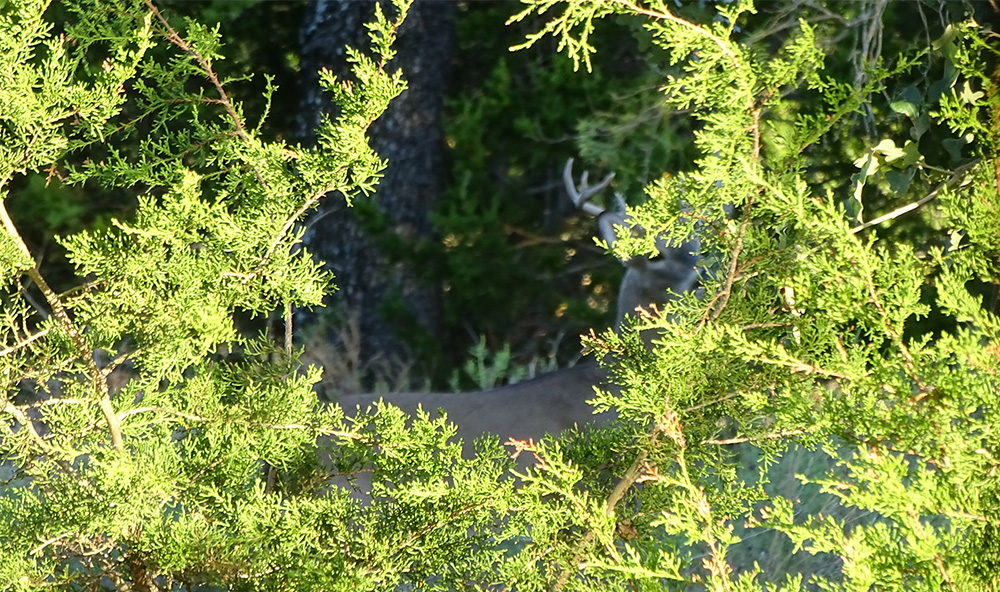 Of course, having some young bucks where you are hunting is a good thing, it gives you an indication of what the future bucks will be like in 3 or 4 years.

Back to the hunt. I took pictures of two of the bucks that showed up (above). Later the shadows got longer and four does came out of the gulch, 90 yards in from of the tin blind. They walked in our direction, browsing along the way.

I scanned the woods around us through the wide slit in the door. AhHaaa! All the way to the left, about 70 yards away, a mature buck was coming our way. He had a wide rack and I whispered to John, “Get your bow.”

He did and then stepped behind the shooting window, looking for the buck. At the same time I grabbed my camera and got behind John to got a picture of the buck.

The does saw the buck coming and stopped 20 yards away from us. John drew his bow as the buck got closer to the does … and to  us. He took his shot.

The buck turned towards the gulch and ran a short distance … and slammed on the brakes. He stood just past a tree that always receives scrape activity. I knew the yardage to that tree, it was 45 yards. I zoomed in on him with my camera. 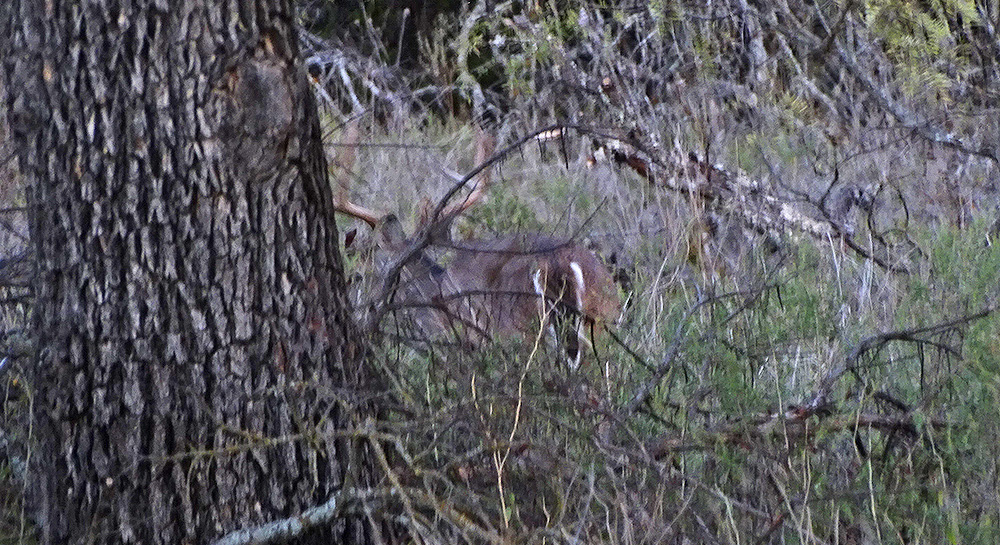 John and I looked through the blind’s shooting window, our eyes riveted on that buck.

Every second took forever as we stared at the buck, expecting him to expire. He laid down.

Then … he stood up … and we lost sight of him in the trees and brush. We didn’t want to spook him and we waited silently. When it was dark we slipped out and went to the house.

It was a good idea to give this situation some time and we drove to Hamilton and ate at Frida’s Mexican Cantina. During the meal I suggested that we wait until morning and look for John’s buck. He agreed.

The 2nd Rut: How It's Different