by Robert Hoague
in Bowhunting Blog, Deer, Robert's Blog
0 0
A A
0

I woke up earlier than I ordinarily would for a morning bowhunt and texted John. He was awake so I went to his trailer and we drank a few cups of coffee. At daylight we went to the area that we had hunted yesterday. We found his arrow and looked it over. There was blood on it. However, there was none in our immediate area.

John Askew and I have bowhunted together since 1988 so we have considerable experience working together to find arrowed deer. John concentrated around where the shot was made. Starting with where I took the last picture of the buck I surveyed the area and formulated a plan. I used my home-grown 200 yard Rule.

If the buck had gone to the south we would have seen him. So I walked east, toward the woods adjacent to the gulch, and looked along the edge, and made two passes through the woods and stopped at the steep drop off that tumbles down into the gulch. No luck.

I moved further east and did another 200 yard observation. And then the same along a deer trail that runs south east. Again, no luck. So I returned to where we started. John was bent over on a deer trail that heads north. He had picked up the blood trail and it had played out. He showed me the trail.

Looking at a blood trail gives me a one up on knowing what to look for, and this was about dime sized splashes and bright red. John continued looking for the next blood and I went ahead to the last barn area until I saw the rusty, beat up barbed wire fence that goes through the area. The woods here is mostly cedars and very thick.

I continued parallel to the old fence for 30 yards, rocks and broken limbs made the footing unstable and slow going. I kneeled so I could look under some limbs and see better around me.

Nearby, on the opposite side of the fence … I saw a deer leg. It was John’s buck. I cupped my hands and called out to John. “Here he is!”

We returned to the house and Collin Cottrell had returned from his morning deer hunt. Then he came with us and took photos with his iPhone. This is John Askew with his impressive 2019 buck. 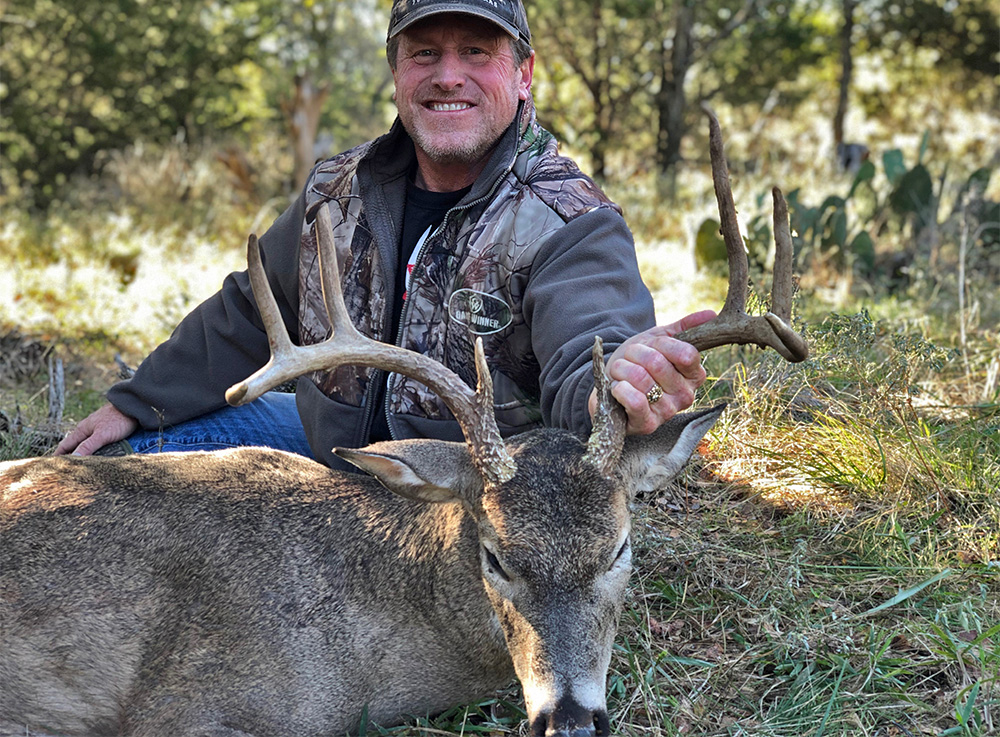 And here are John Askew with his guests for the weekend. 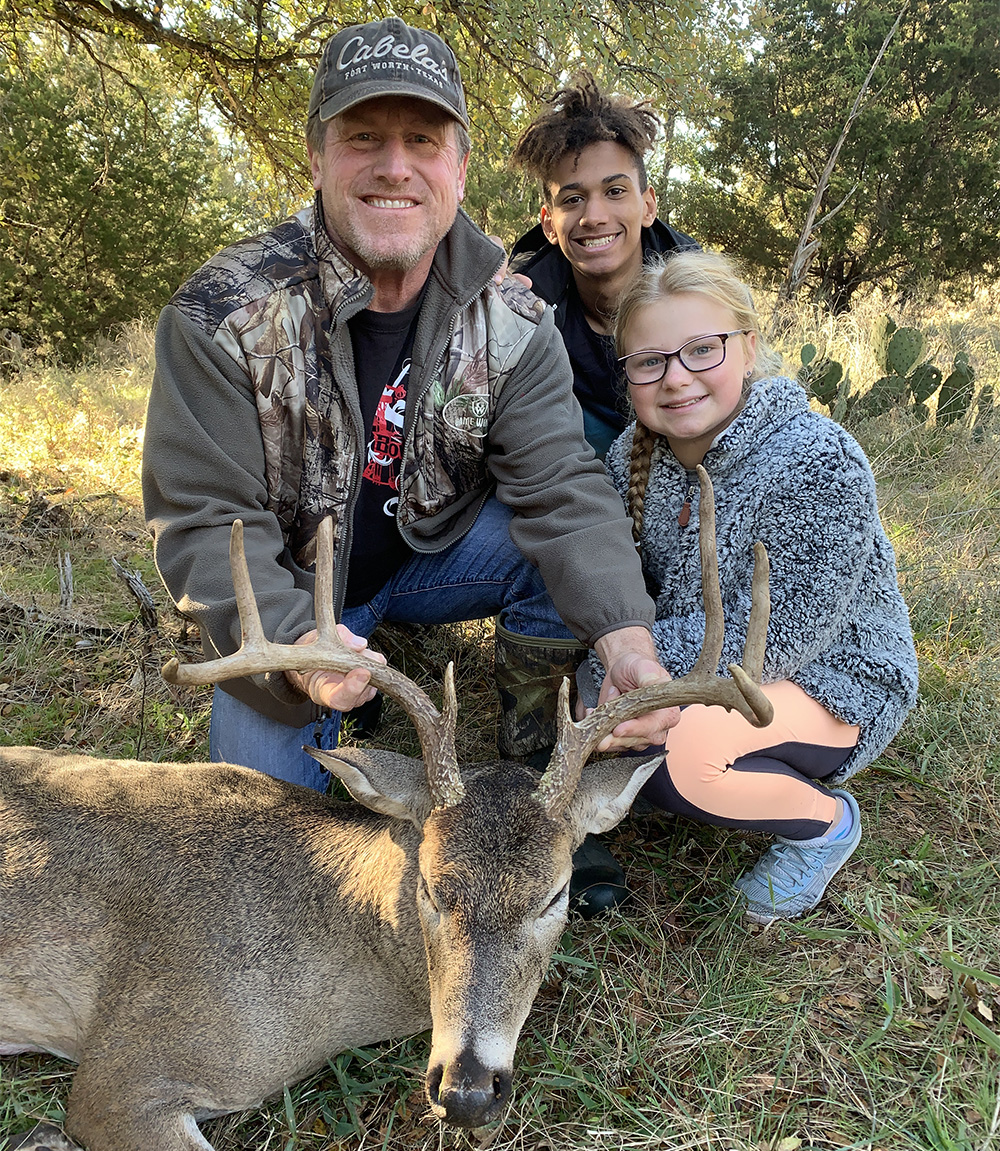 We field dressed the buck and took it to Head’s Wild Game Processing in Hamilton, TX.

The 2nd Rut: How It's Different