It is an absolute pleasure to see them. Young bucks that are special in some way, compared to their peers. They’re the ones that have wider antlers, or have more than 8 points, have longer tines than the others, or their antlers are noticeably heftier. Or weigh a bit more and have longer bodies.

I call them, “Bucks of the future.”

Yesterday one of my trail cameras had some cool pics of just such a buck. He is a 1 1/2 year old buck; with wider antlers than most his age. His rack is slightly bulkier too.

My game camera picked him up as he walked out of the trees and picked up a scent that got his attention. 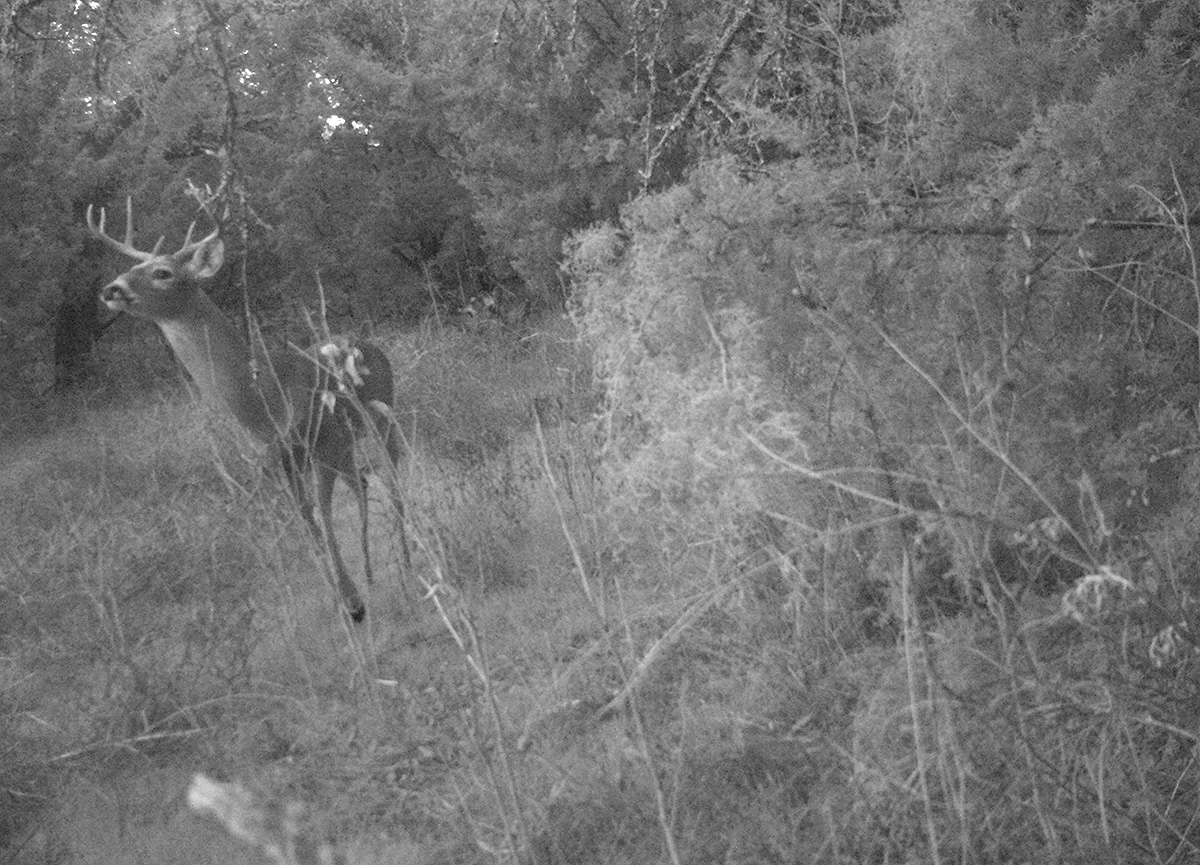 Our buck gives us a series of pictures as he comes closer to the camera. 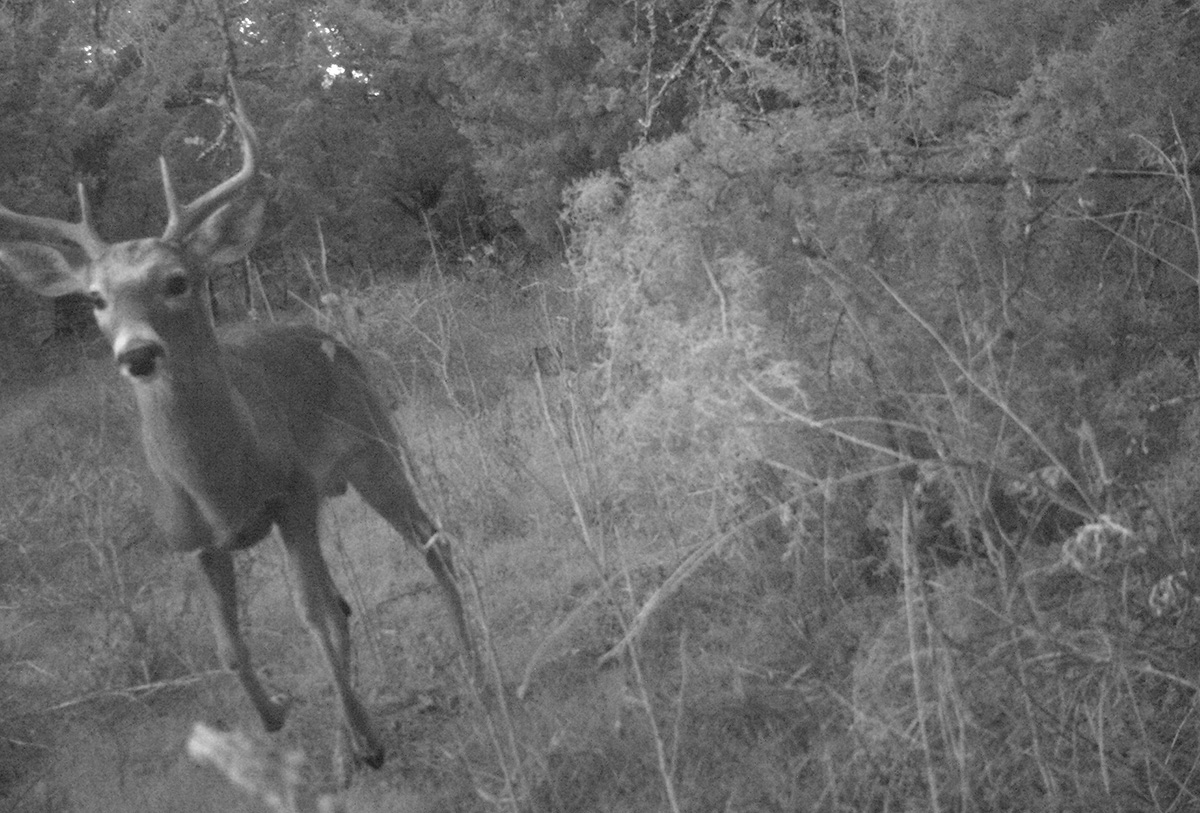 Aha! He is headed toward the same stob (broken limb) that other deer have investigated. Once he gets to the stob he gives it a healthy sniff. 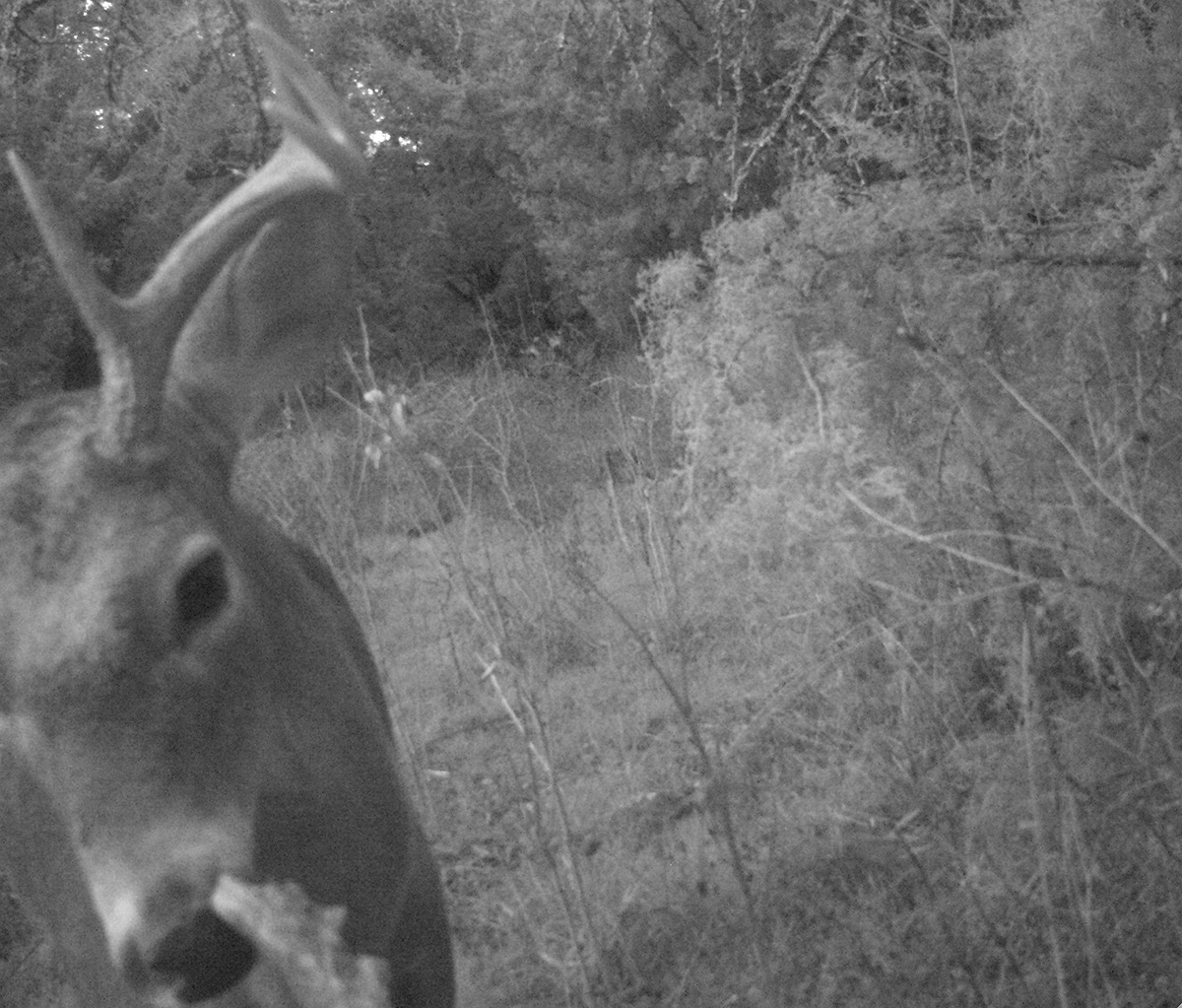 We can see his left antler better as he investigates the stob further. 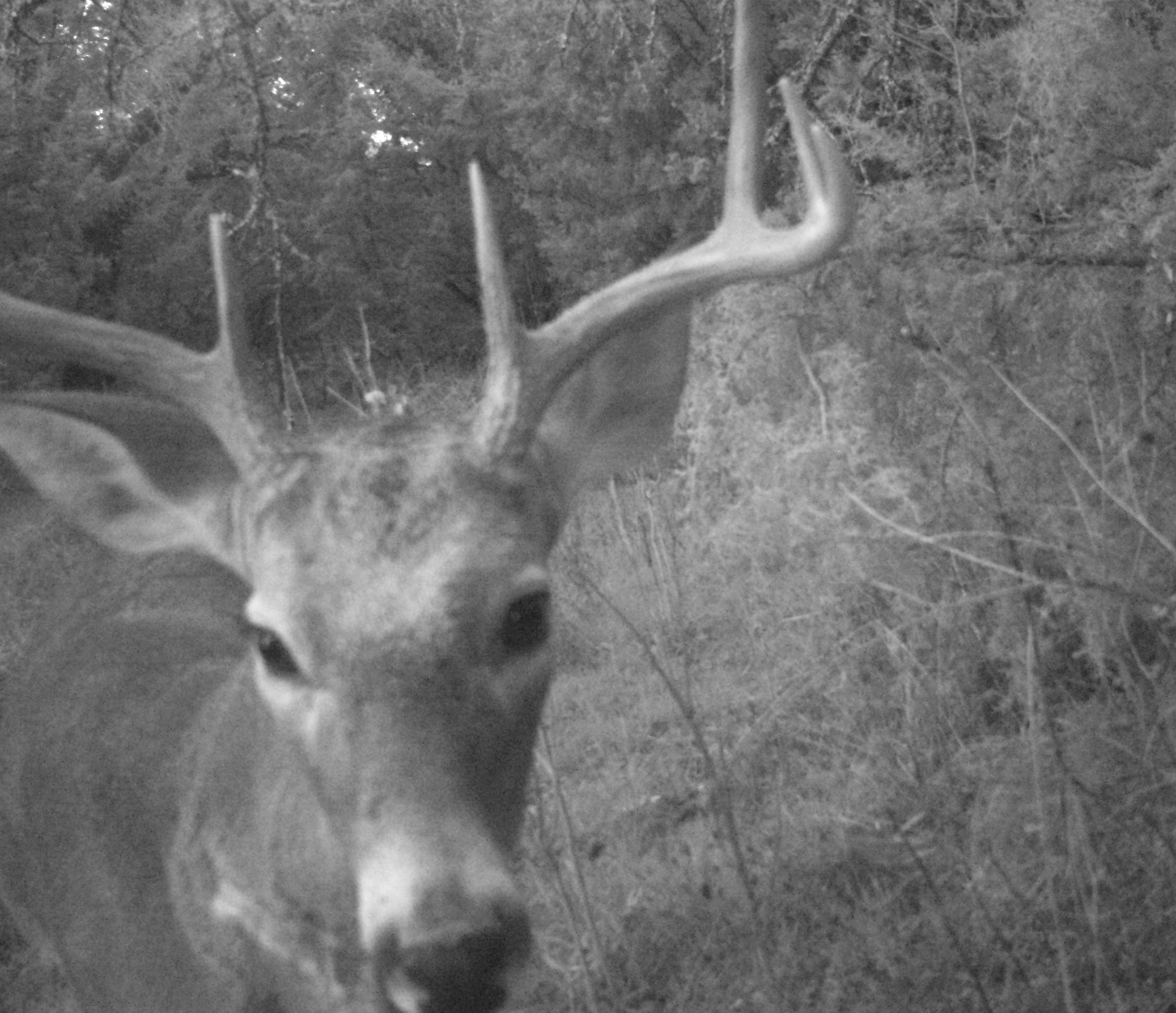 Here, he takes a look at the camera as it takes his picture. 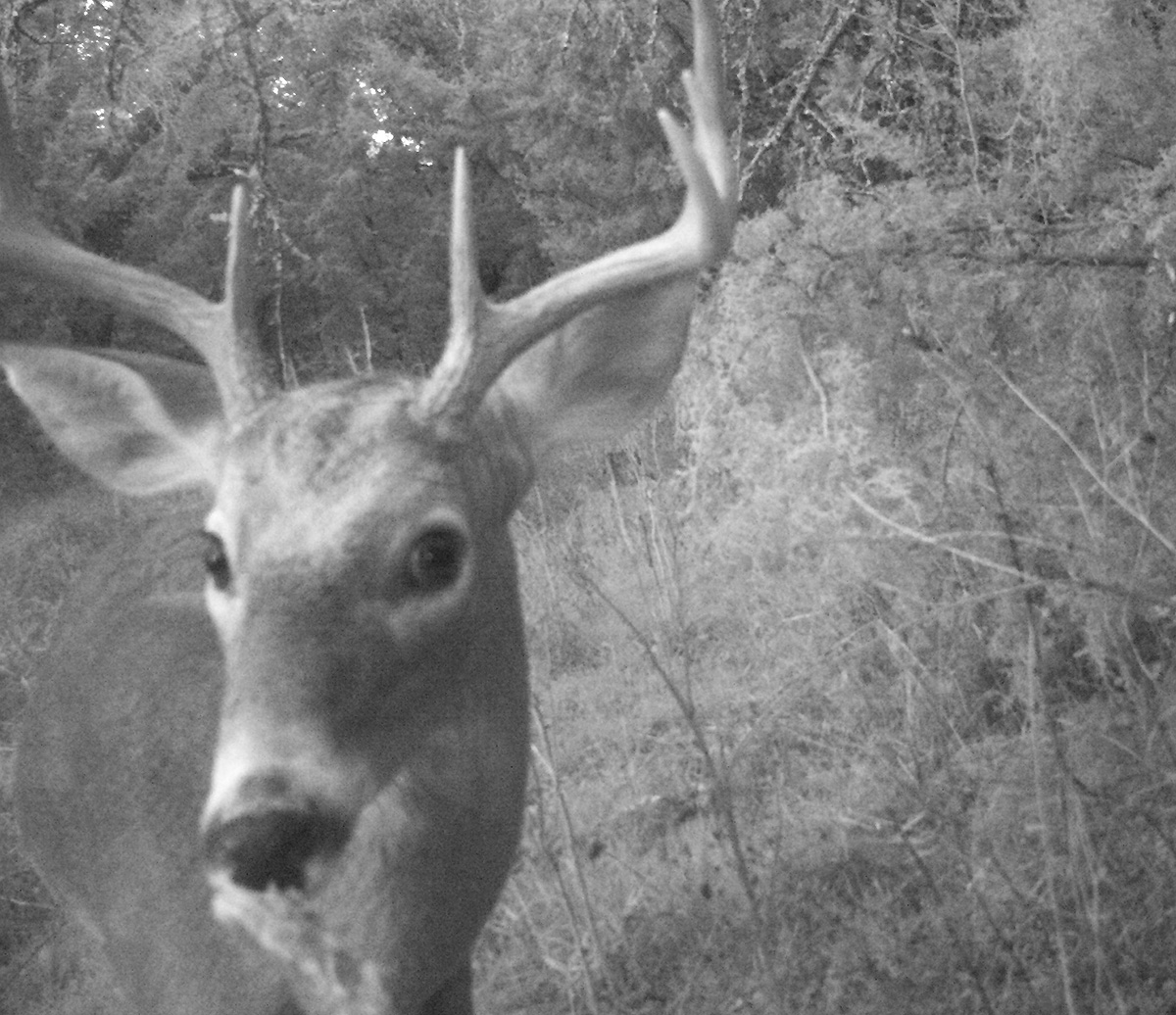 And we finally get to see both the right and left antlers. 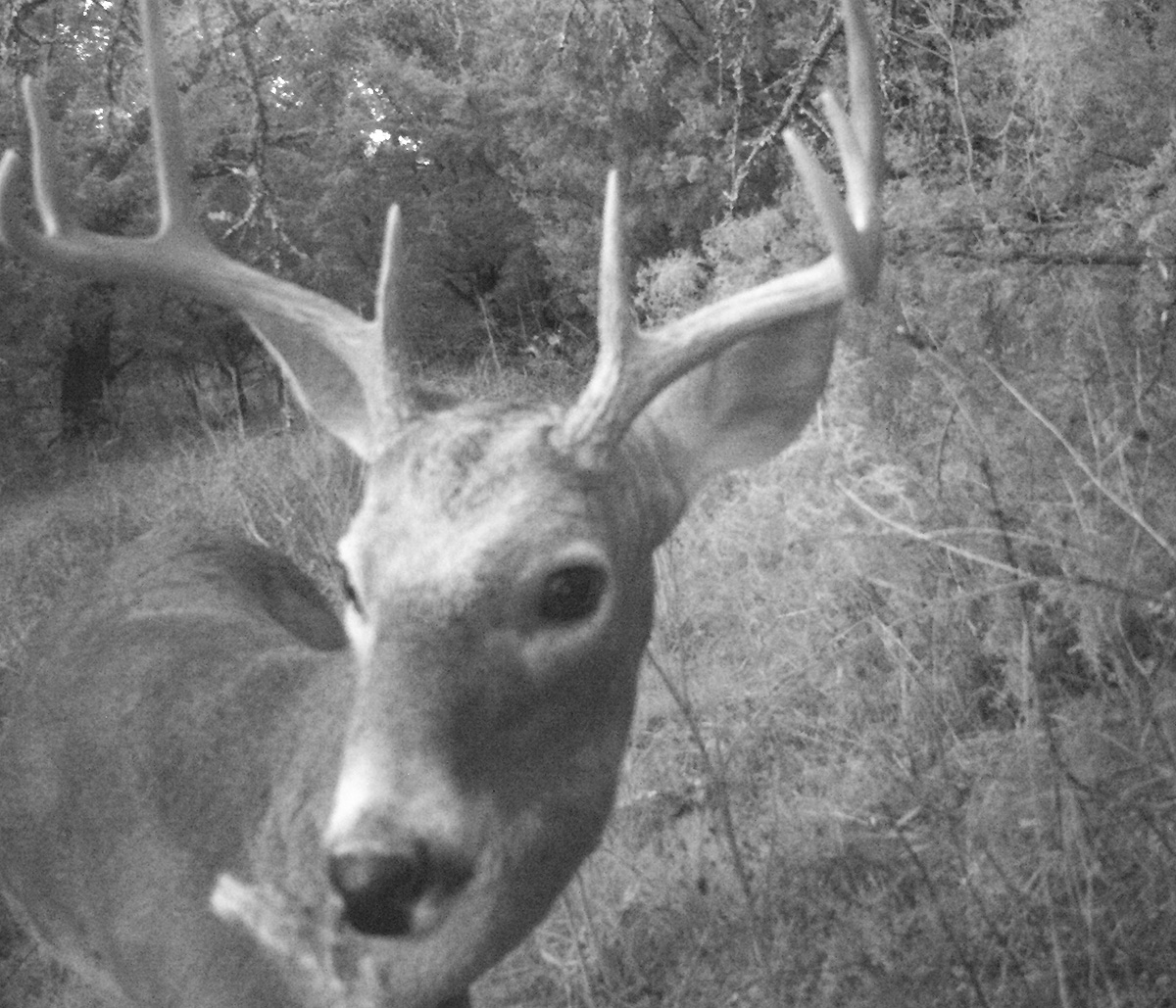 It is getting daylight but for some reason the camera has not gone into color mode yet. 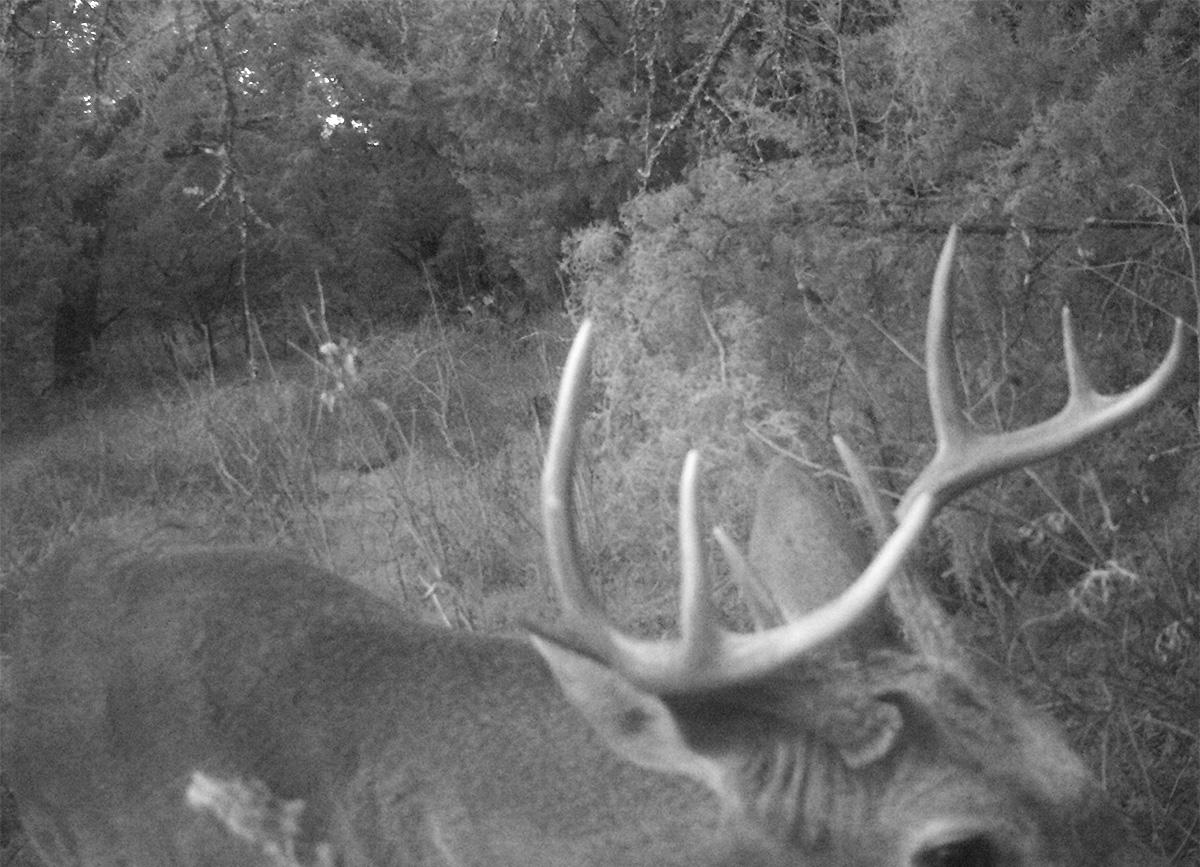 He is still noticing the camera and takes another look. 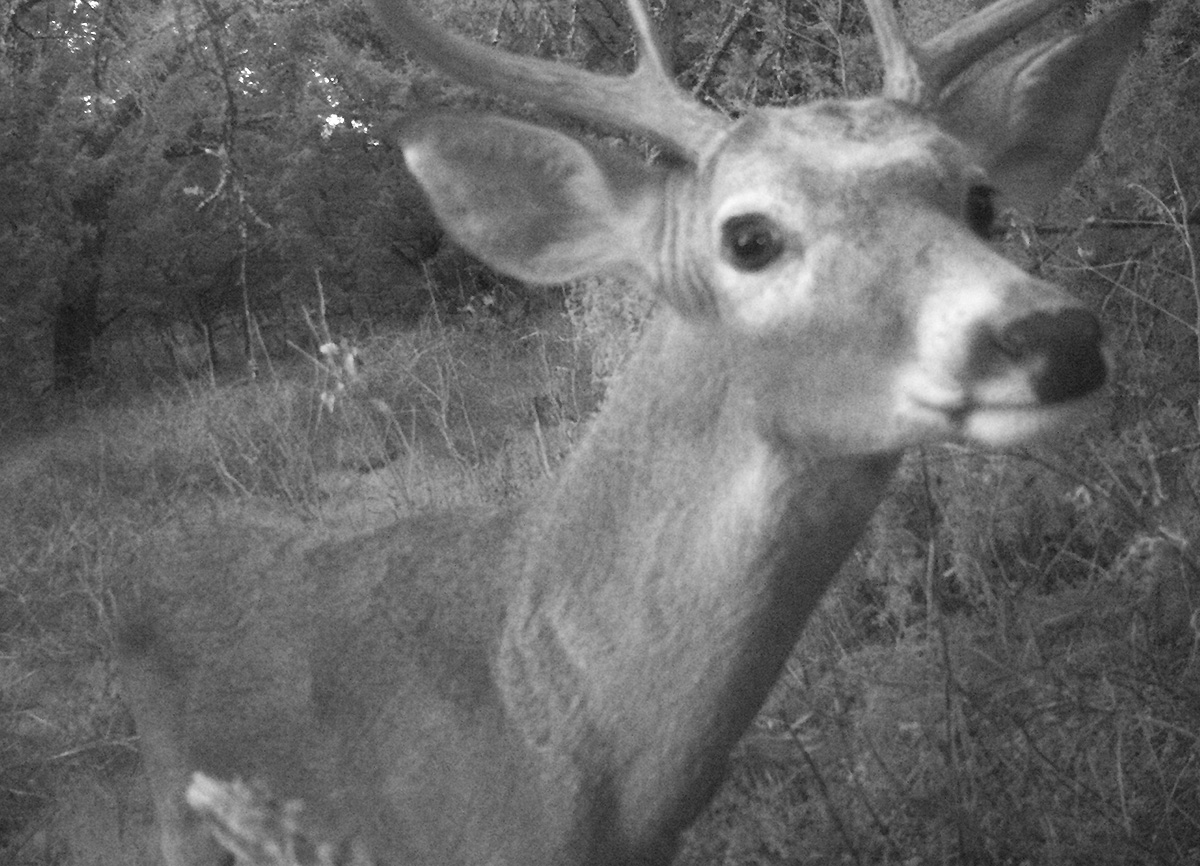 And now he is losing interest and steps backward. 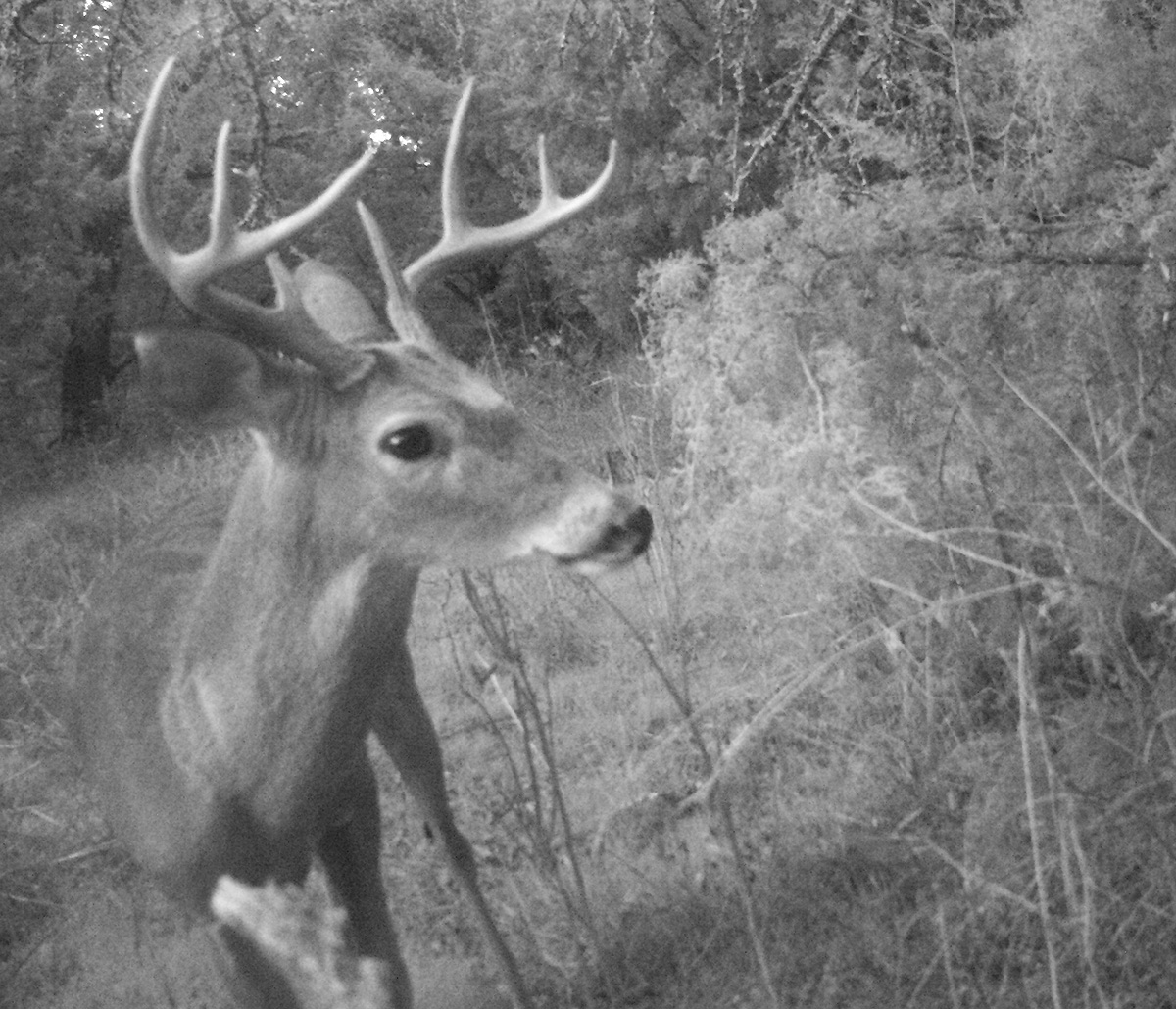 And now he is leaving. 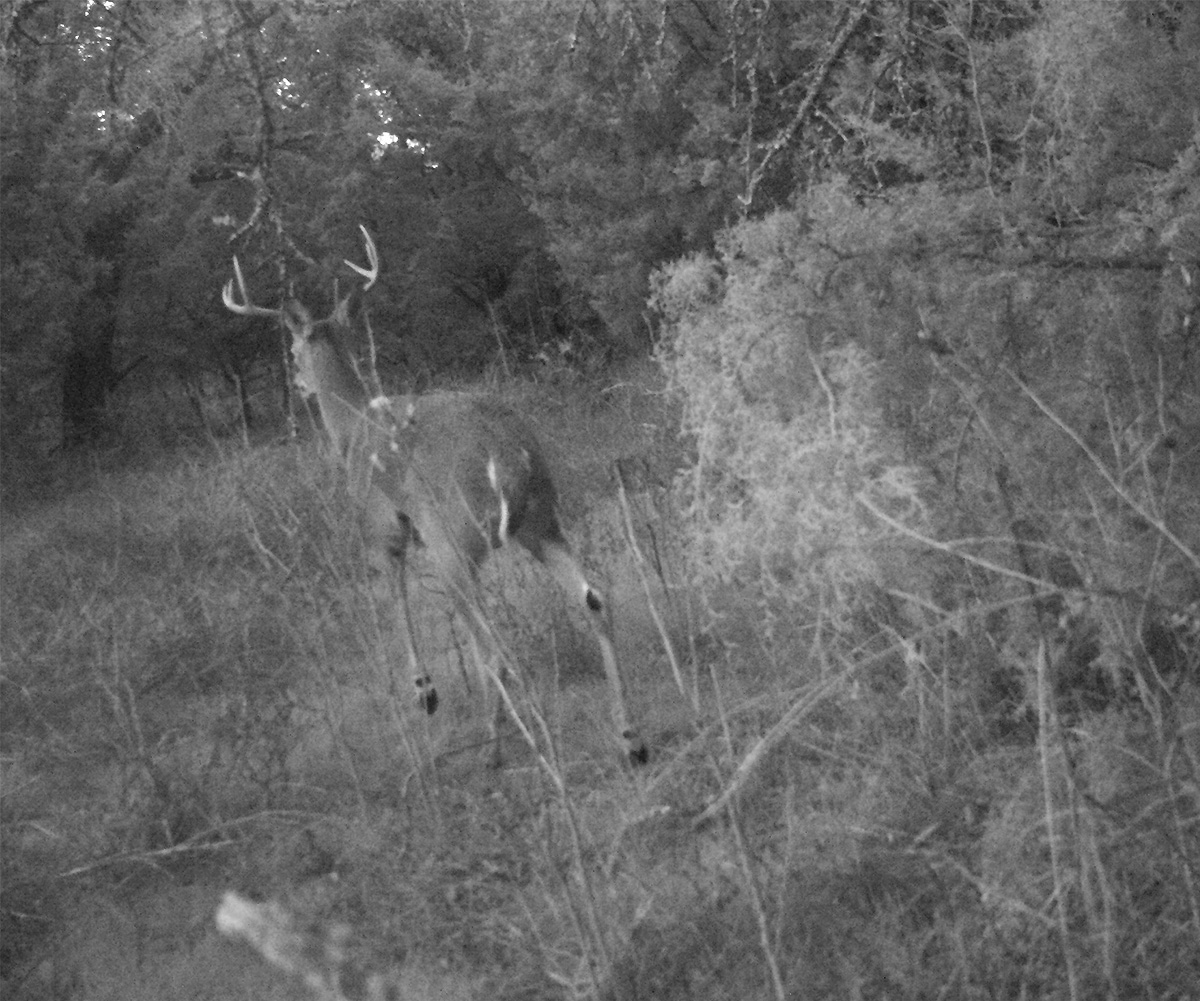 The bucks in this area shed their antlers in March, so that’s gonna happen any day now. Then they start on their 2020 racks in April. Maybe we will be extra lucky and this young buck will hang around and let us watch his antlers develop from velvet to hard antlers. Cross your fingers. 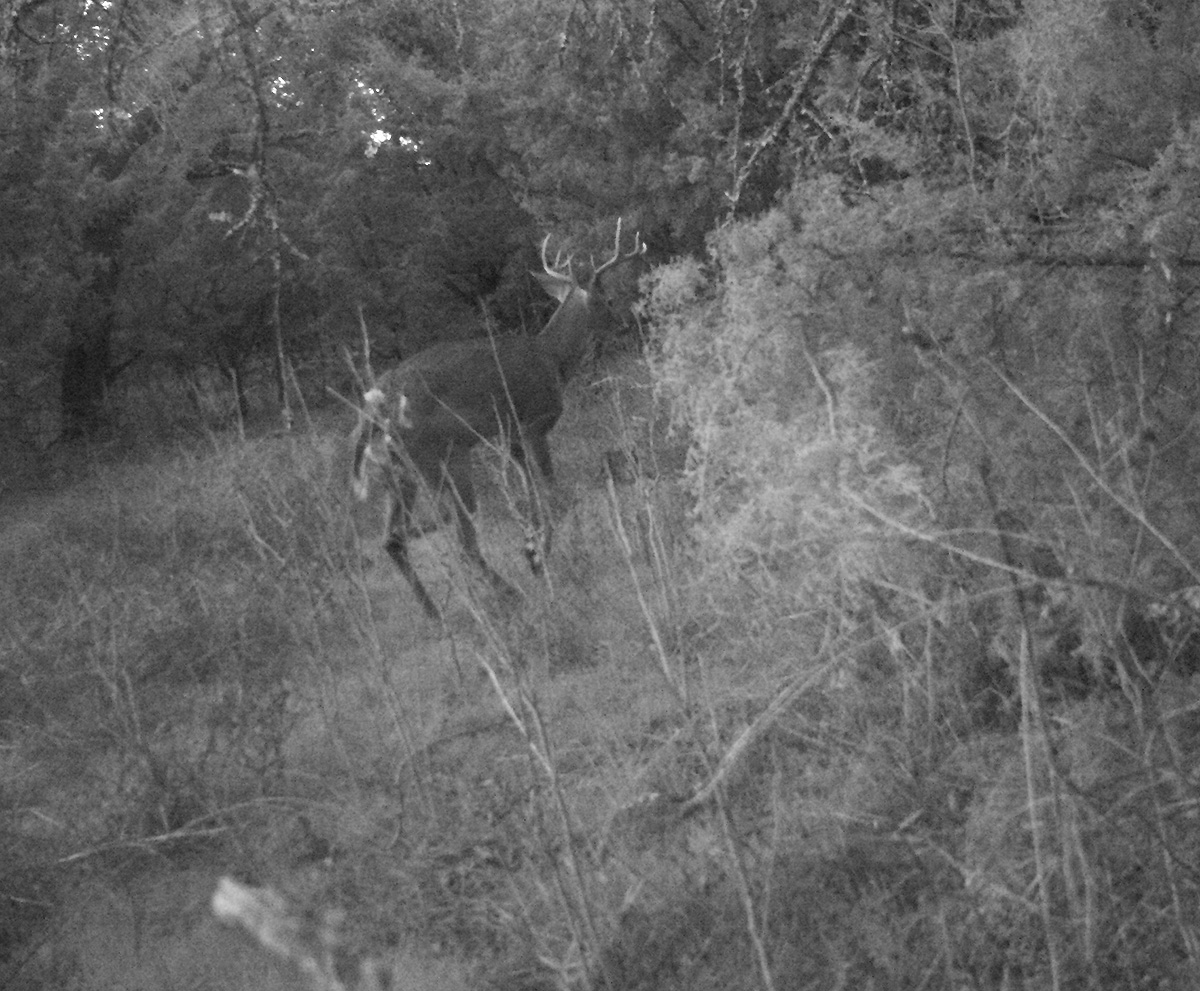 The next day a doe comes through when the sunlight is bright and the camera’s color comes on. 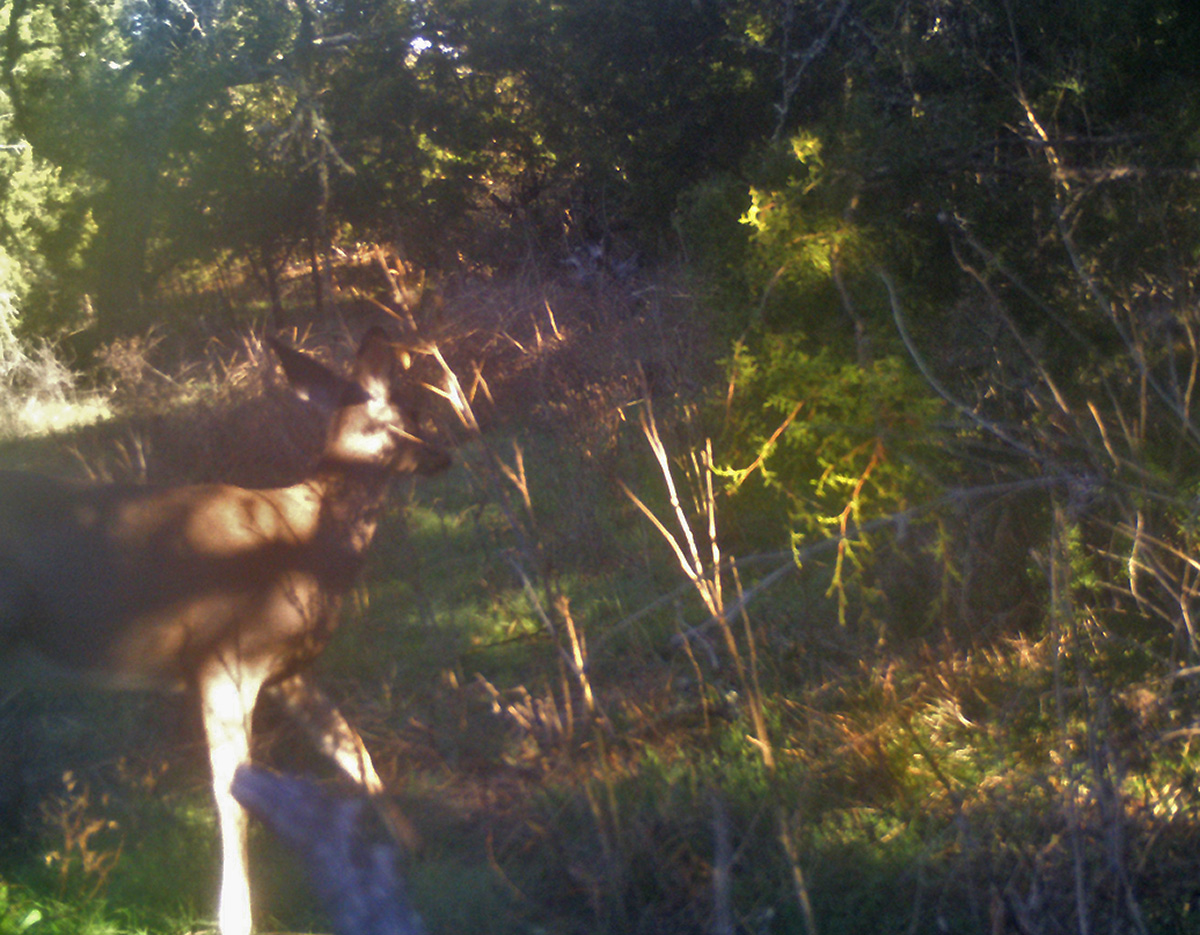 There’s More Than Deer Out There