Have Bucks Shed Their Antlers Yet? 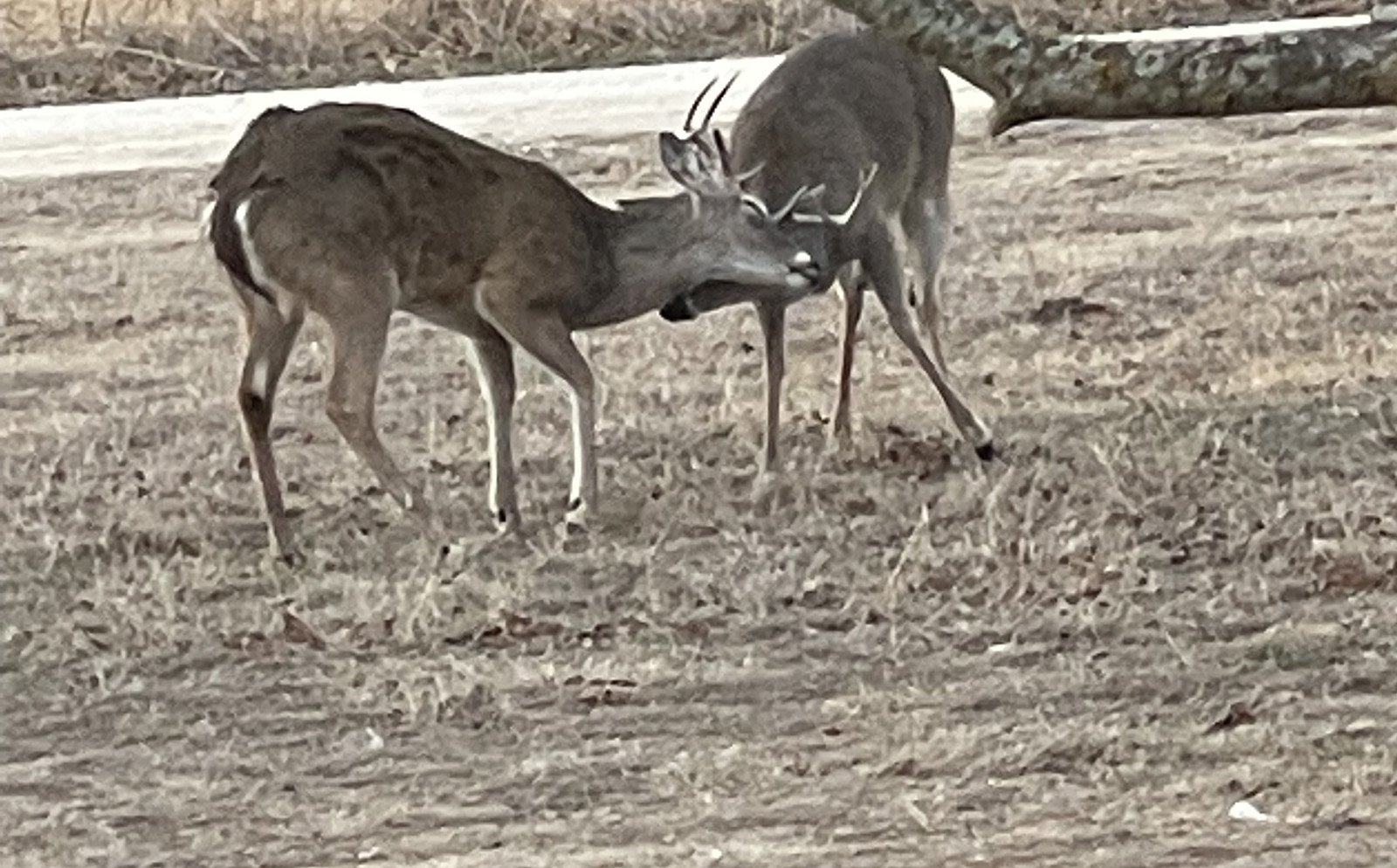 I spent the first two hours of this morning (Tuesday, March 1) in below freezing weather, binoculars in hand, watching for whatever might be in the nearby 20 acre field as well as along the field’s wooded edge; a dense group of elm, live oak and cedar trees surrounding the field. Deer season is exactly 2 months gone so you might expect that the bucks have already shed their antlers and there would be nothing but flat heads walking around. But…

As daylight came trickling in the first deer I saw was walking along inside the edge of the woods to the north. It was over 100 yards away so I glassed it … and saw a nice buck with a first year 8-point rack. Just then two mature does strolled into view to my left. The young buck noticed them and immediately trotted toward them. Both does veered off into the woods and the buck followed.

I crouched down and eased over to a place I previously fixed up to watch deer from. And it turned out there was some good watching to be done. A minute later I heard a crash and two bucks loudly came into view in the woods to my left; a nice 8 or 10 pointer was fighting hard to keep from getting beat to heck by a taller, longer and heavier buck. This bigger, more mature buck had it all; body length and weight, long tines, main beam width and he was in full attack mode and ready to fiercely kick some butt. He gouged and slammed the other buck’s head and neck. Wham! The big boy knocked the lesser off his feet. And when the lesser regained his footing he ran for it.

I didn’t have my Sony camera and they were not in good iPhone range and unfortunately I didn’t get pictures.. (I’ll get the Sony charged up this afternoon and be ready to zoom the action when needed. Ok, let’s go back to talking about when bucks shed their antlers.

Frankly, I don’t know if the bucks have shed their 2021 antlers where you live. However I do know the answer to that question … where I live. And that puts the story on the table, “It’s all about the weather and “Location, Location. Location”.  Simply put, in the northern United States bucks shed their antlers during earlier months than the states further south.

So let’s pause here and we’ll come back to the Location and shed talk. First let’s check out some of the photos that I did manage to take with my iPhone this morning. 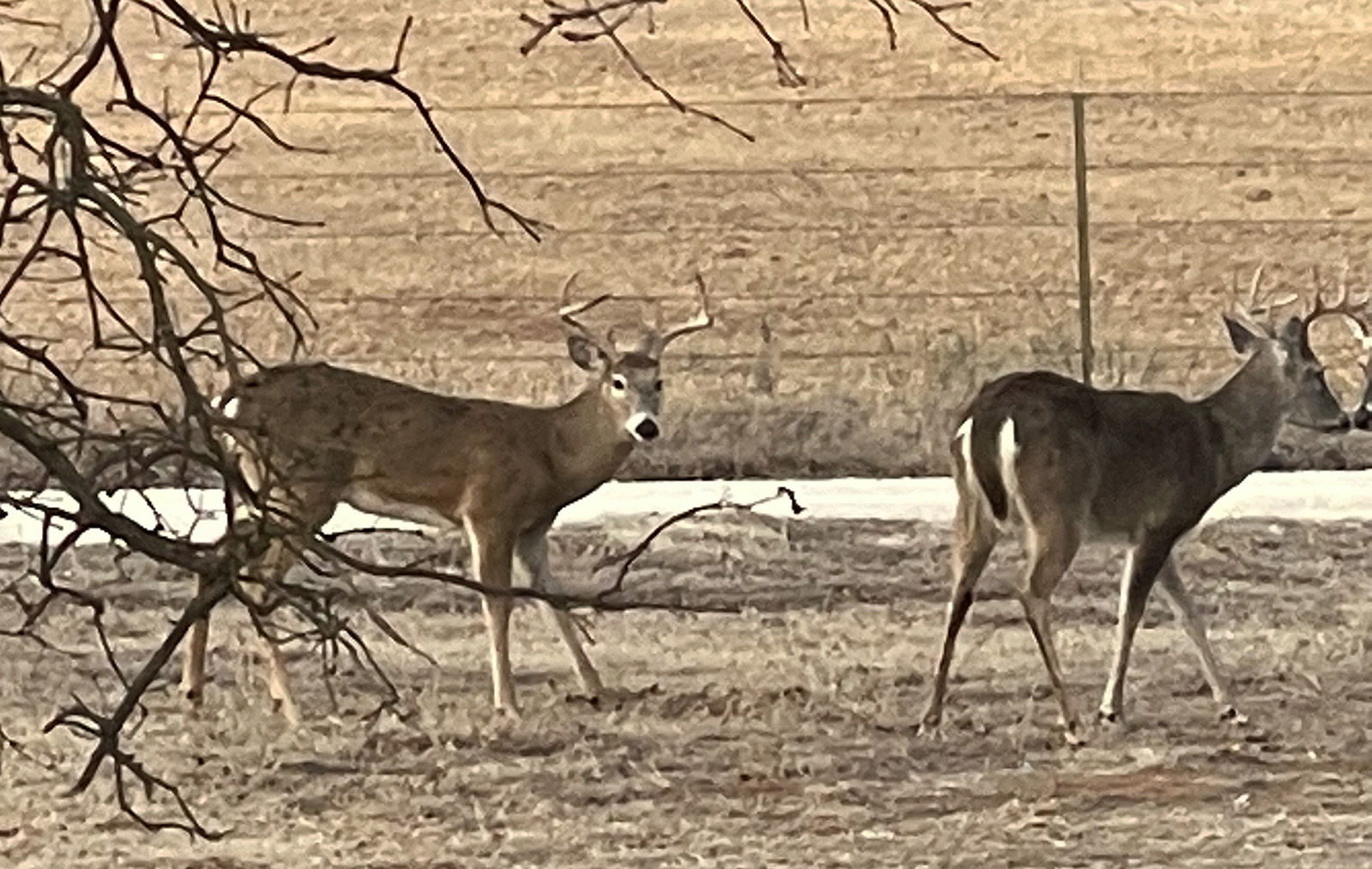 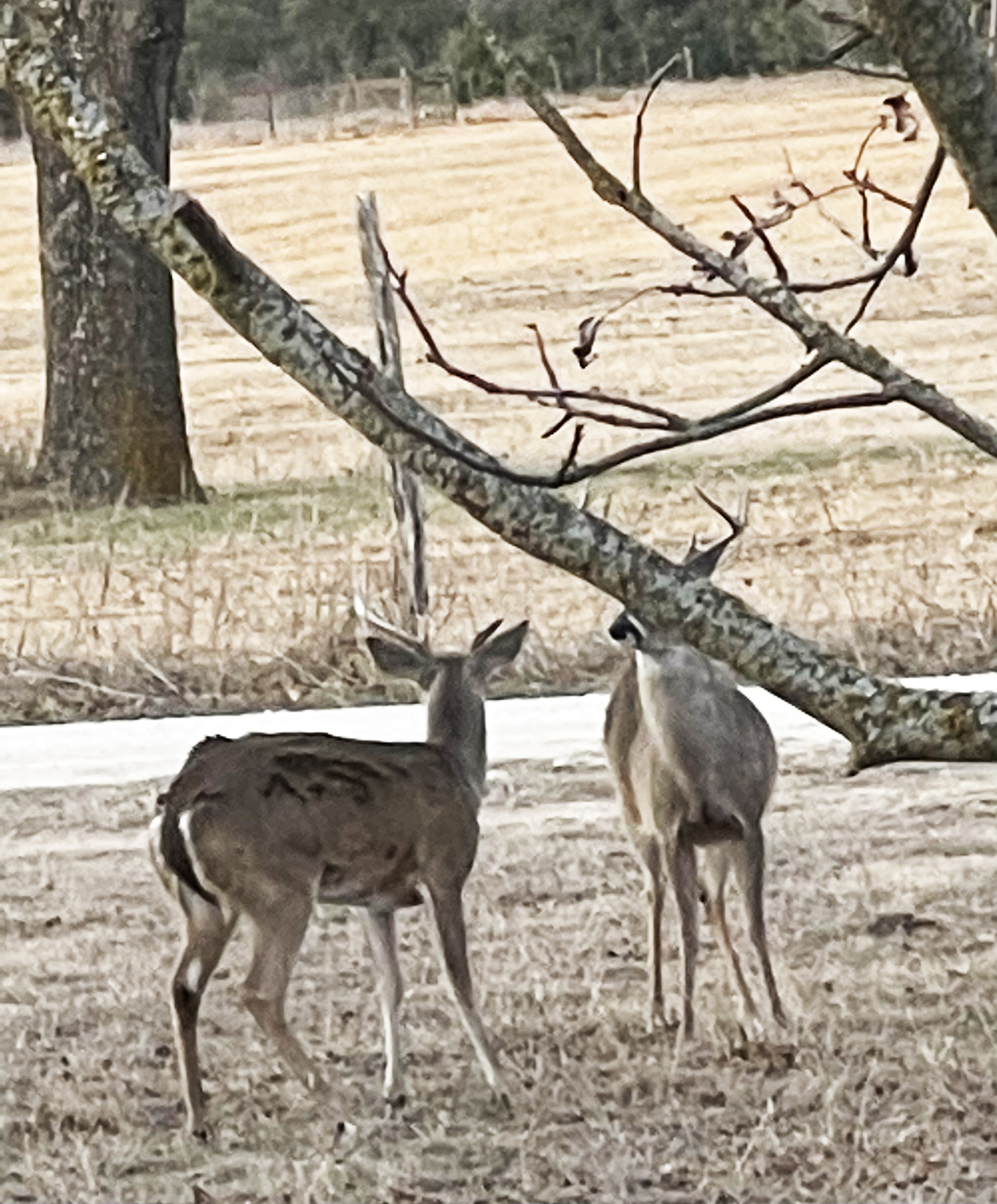 The buck on the above left almost got his head twisted off before the other buck’s pressure broke his left main beam. 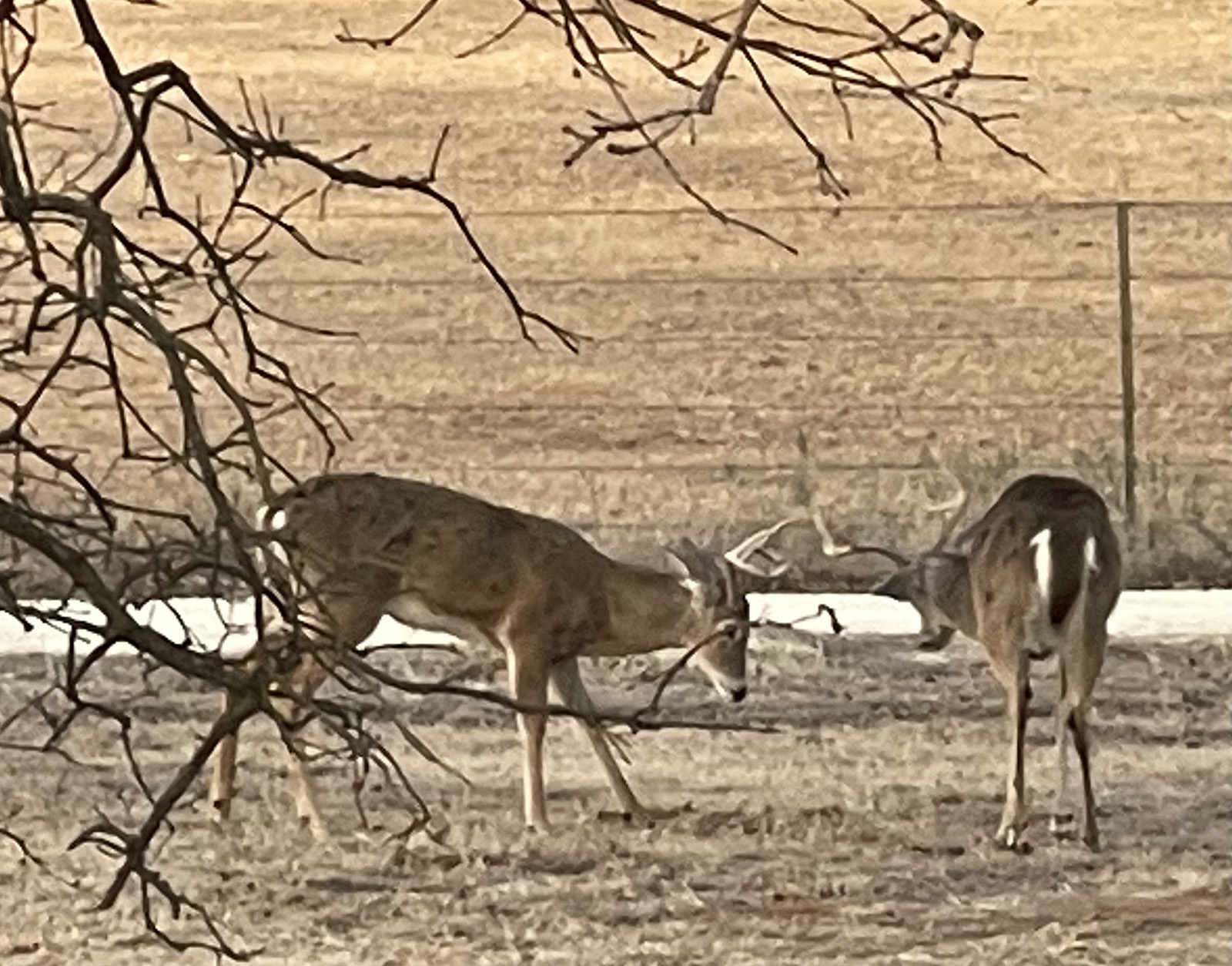 Above: one of the smallest bucks takes on a year older buck. 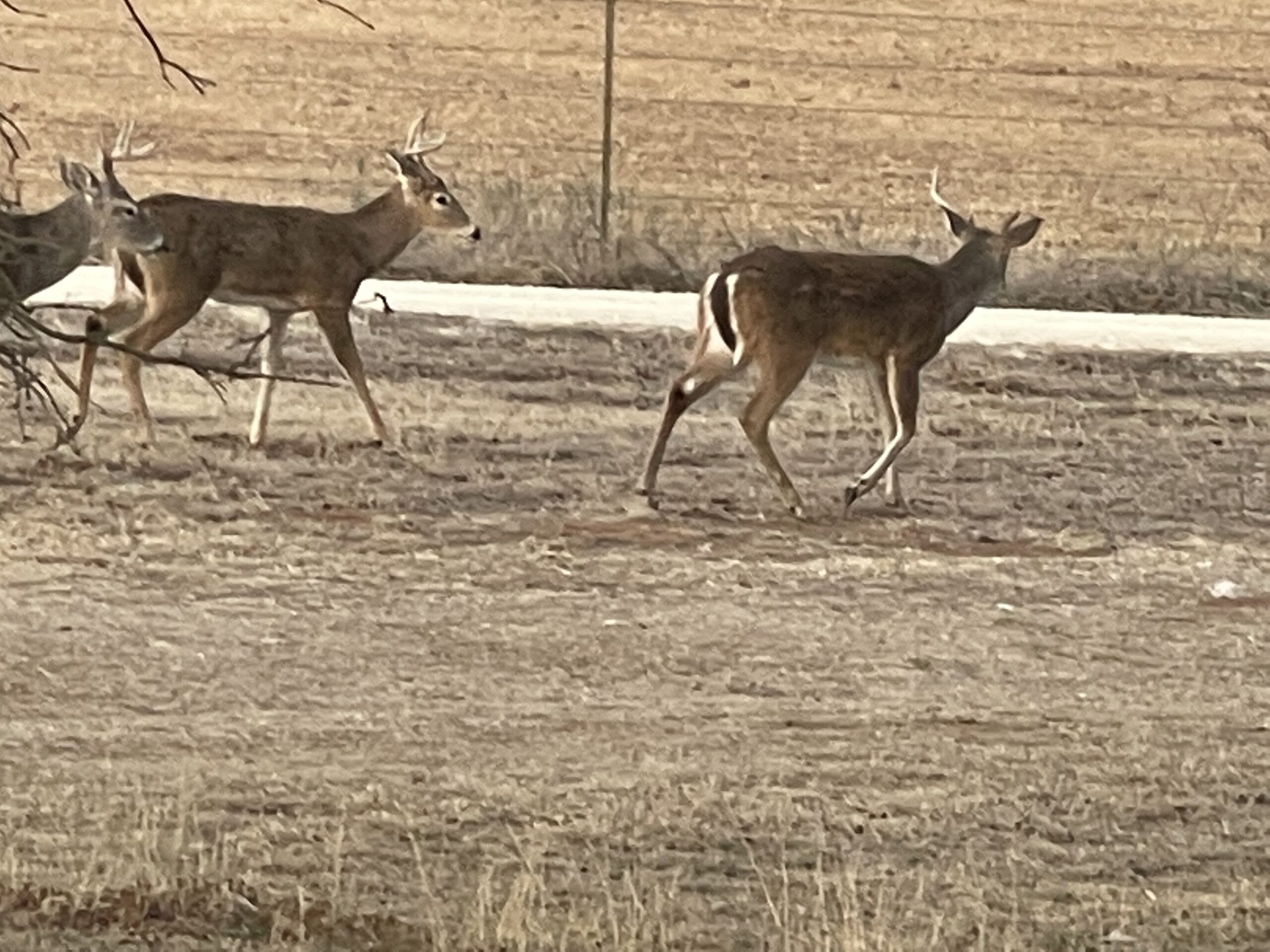 Above: AThree bucks mixed it up and then walked away. 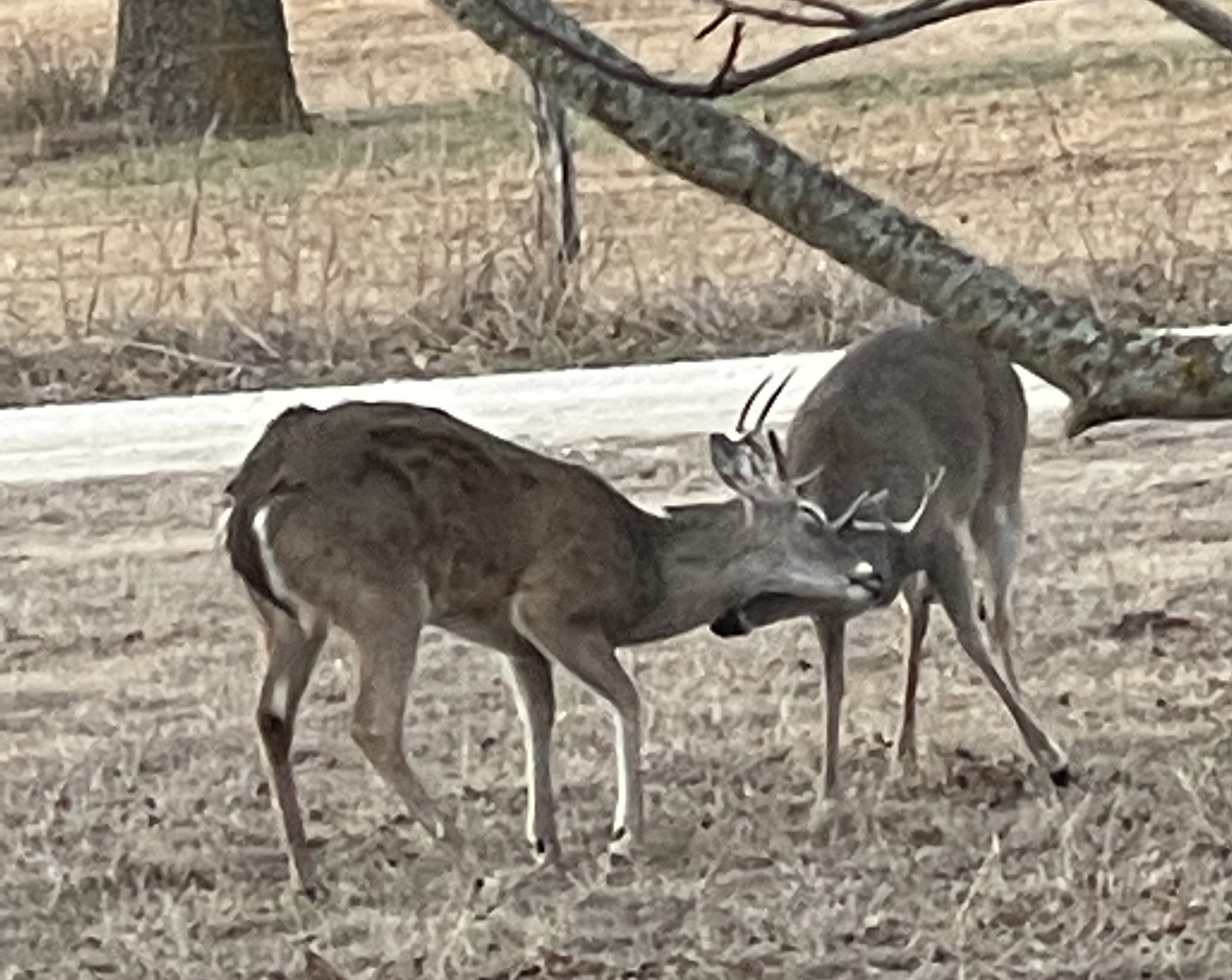 The above bucks put up a good fight.

Tags: Have Bucks Shed Their Antlers Yet?
Previous Post

A Major Tip For Treestand Hunters