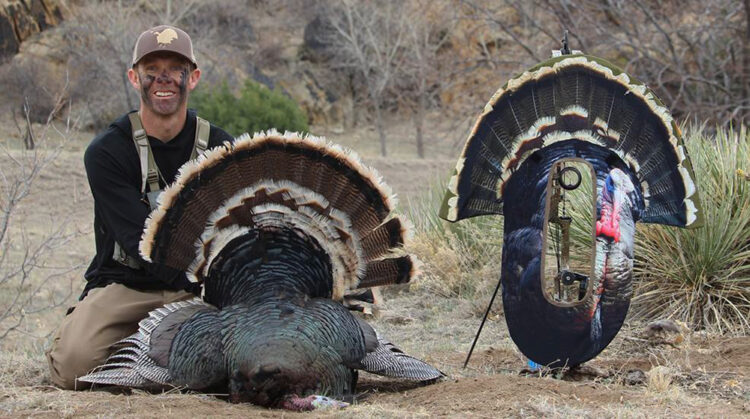 Truthfully, I was hesitant to hunt a springtime wild turkey gobbler with archery tackle. But I love the stick-and-string game, and with archery-only turkey seasons offered in many states, I thought bowhunting would give me a head start on the action and help me escape the winter doldrums a little earlier.

You can hunt springtime wild turkeys using various tactics, and you won’t have to drop too many Benjamins on new gear if you’re already a bow hunter. Let’s dive in. 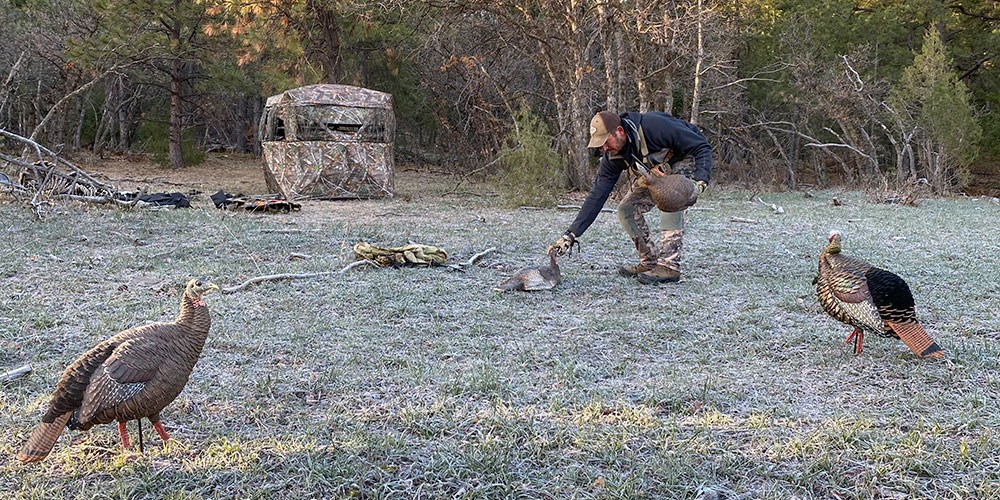 Archery Turkey Gear
Your whitetail or Western big-game rig will work fine for turkey. One hint: consider dropping your bow’s poundage. There’s no reason to test the limits of your shoulders when hunting gobblers. As for arrows, I wouldn’t spend a dime on any “for turkey” carbon or aluminum shafts. You may, however, want to consider a new broadhead. Fixed-blade broadheads are terrible for turkeys. They have a kill zone (in and around the wing-butt) smaller than the size of a softball. Heavy feathers make penetration an issue at times, but you need about 5 inches to get the job done. For this reason, I shoot a reliable 2-inch cut expandable.

If you’re already a turkey junkie, you have all the decoys you need. As long as they don’t look like uninflated footballs, they will work fine for archery forays. One decoy addition that’s a must-have in my book is the bow-mounted Stalker turkey from Ultimate Predator Gear. If you’re a run-and-gun lover, this cloth fake—which resembles a full-strut longbeard—attaches to your riser and has a shoot-through window. With this piece of gear mounted to your bow, you become the decoy. 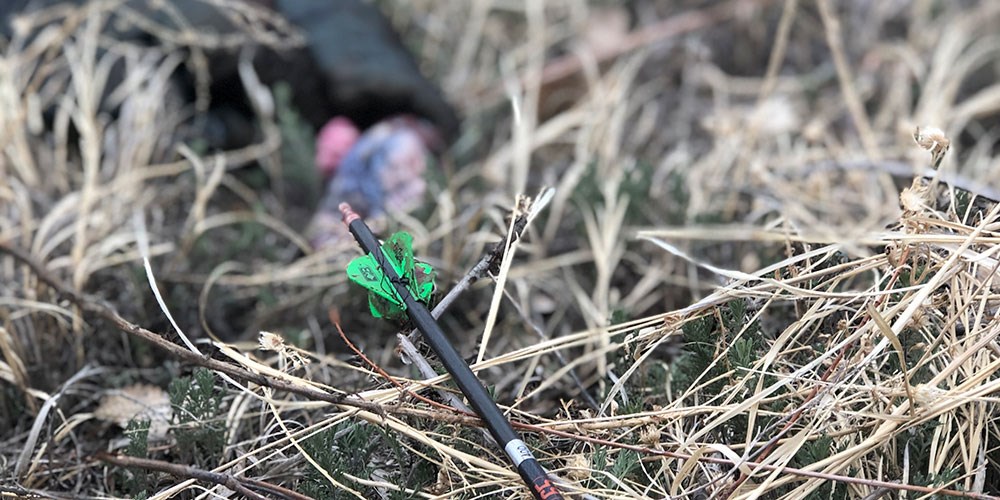 If you don’t already own one, pick up a quality ground blind. For me, it doesn’t get much better than a Primos Double Bull or ALPS Deception Blind. Sit-and-wait hunting is one of the best tactics you can use when trying to arrow a springtime prize, and if you’re going to wait, you might as well do so in a ground fort that offers ample shooting room and comfort.

Top Tactics
Don’t get too close to the roost. If you’re planning a field-edge set, which can be deadly early in the season when wild turkeys are still in wintertime flocks, spend more time scouting and less time hunting. 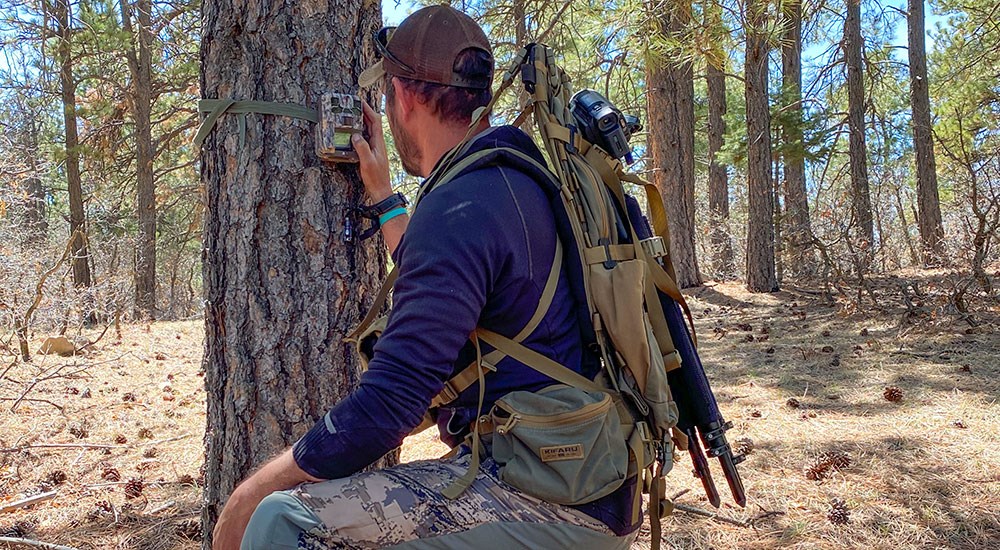 Set a trail camera or two and also spend a few mornings watching them fly off the roost. Unless pressured, early-season birds are relatively predictable. The hens will scratch around in the timber, pop out on the field edge, and the toms will be in tow. Note the flock’s direction of travel and set up a ground blind 150 or 200 yards off from the roost. Farther is fine if you know you’re on their travel pattern. Blend the blind in, but you don’t need to make it disappear. Set your decoys close, no farther than 12 yards. Remember, turkeys are small targets—the closer you can bring them, the better. As for decoy type and number, I like a full-strut tom over a laydown hen and a single feeding hen early in the season. Dave Smith decoys are tough to beat. If turkeys are grouped up, don’t call too much. Morning toms will follow the hens. Let them come to you.

For early season, one of my favorite times is between 11 a.m. and 2 p.m. Most turkey hunters will have called it quits, and you will probably have the woods to yourself. Look for strut zones where Toms go to drag their wings to show off for the hens, and areas in the timber where scratching is evident. If you can get where the gobblers want to be and let out soft, one- and two-note yelps now and then, you may fire up a lone Tom or bring a group to you. 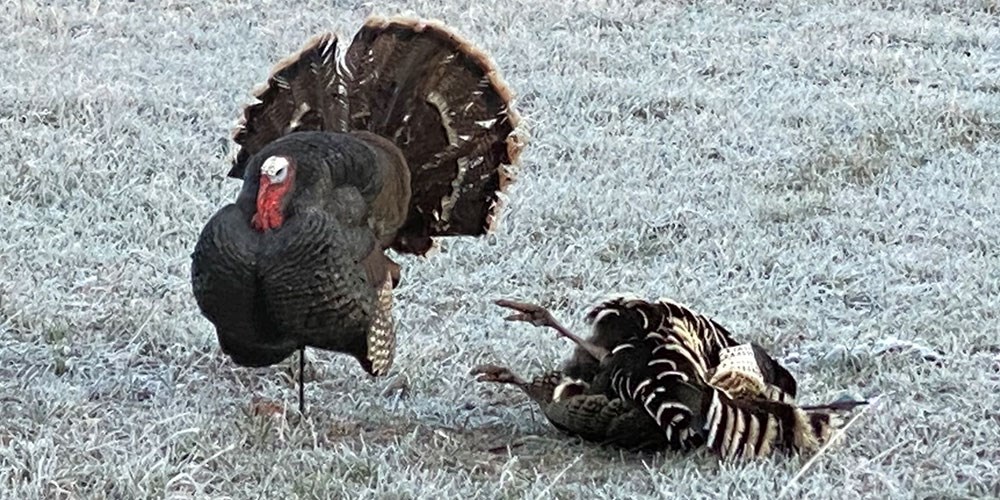 Those who roam the woods to hunt should attach a bow-mounted decoy and get after it. (These decoys are very lifelike, and as they are basically mounted to the hunter, but yhey should not be used on public-land tracts if shotgun seasons are open.)

The tactic is simple: Attach the Ultimate Predator Gear turkey decoy to your bow and go looking for a fight. I get my best results when I locate gobblers running together, or a longbeard or three guarding hens. When they run together 2-year-old gobblers are bullies. Use cover to get within 150 yards of turkey groups, and if possible, try to show only bits and pieces of the decoy. If the turkeys halt their approach or wander off course, move your bow’s riser to create movement. When it’s time to draw, do so in one fluid motion. I’ve shot three gobblers with this decoy at less than 10 yards away when the bow went off. It’s a serious rush.

All you need to do now is grab your bow and hit the woods.

Which Broadheads Do I Like For Wild Turkeys, And Why

How Good Is A Turkey's Eyesight, Really!