It Is Opening Day of our Wild Turkey Hunting Season. Let's Get To Calling. 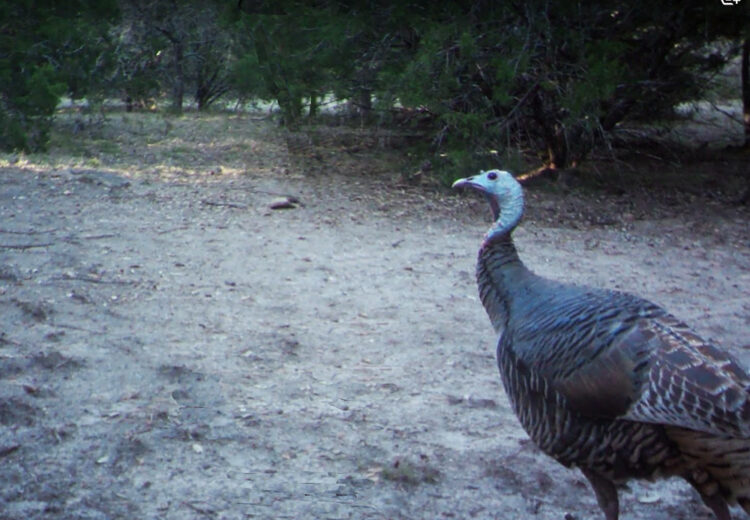 Got up an hour before daylight, put a Pop-Tart in my toaster and drank a super strong cup of black Guatemalan coffee. The Magic Day Is Here! Wild Turkey Season of 2022 has arrived and it’s Day 1. My gear was already in my pickup so I got in and drove out to my pop-up blind at the edge of a large cedar break that’s a mile from a roosting area on the river. I hid my pickup in some cedar trees  and walked over to the blind and got inside and waited in the dark.

Soon daylight moved in one click, and a lone gobble sounded off 400 yards to the West, right where a stock pond is located on the neighbor’s property. Both gobblers and hens are currently roosting in the tall hardwood trees surrounding the pond.

I waited until some wild turkeys had flown down in the pond area and then I started yelping to let them know where I was. Two gobblers sounded off from the Pond. Gobbles began joining in from the river to the East and where it turns to the North as well as from the aforementioned Stock Pond and from the woods to the North. It was cool hearing all the activity.

I gave them 20 minutes to get on the ground and move around and did some clucks and yelps. Right away some yelps in the woods tipped me off that some hens were not far from me. I yelped softly and in two minutes I noticed ground level movement approaching under the cedar trees.

A hen walked around the left corner of the blind and stopped directly in front of my shooting window. I took my iPhone out of my pocket to take its picture. I glanced up when I heard more hen yelps. More hens were coming from the cedars out past the nearby hen. 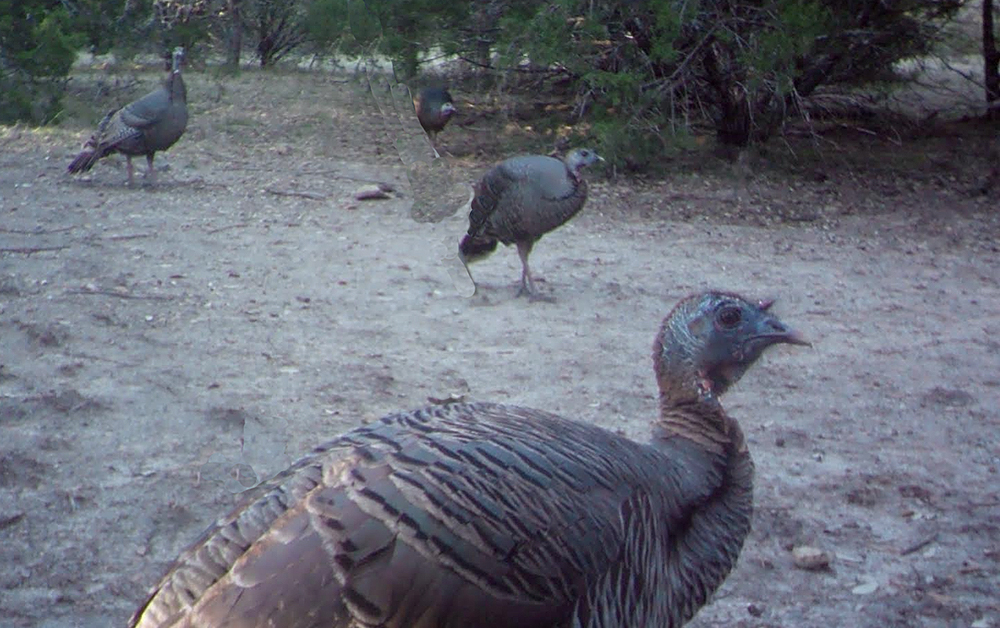 Gobbles sounded from the woods in the directions of the pond as well as the river and I spotted both gobbler and hen turkeys further back in the woods around me. An hour and a half passed, and although I couldn’t see it because of the dense cedar woods I heard a loud gobble in my neck of the woods. I cut at him and he blasted back with a louder gobble. I shut up minutes later two hens showed up. As I took their picture the Gobbler popped out from behind a thick cedar tree and blew up into a full strut. 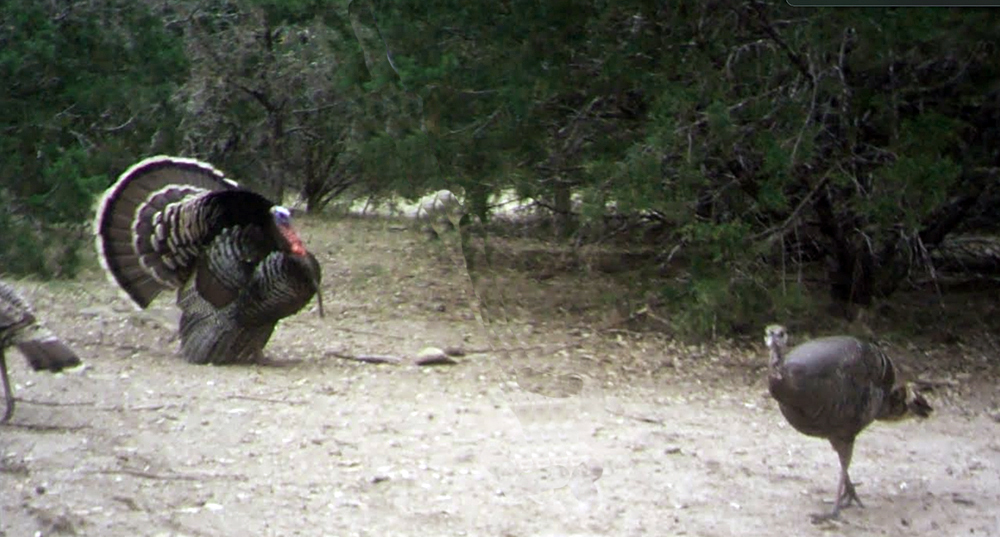 Hmmmm, I had to think about this. A few people are joining me this week; Cindy Lavender and Steve are driving in from Oklahoma, Donald Duck will be here from East Texas and Champ will be here both this weekend and next weekend. I had already considered that I wouldn’t shoot a gobbler this weekend and therefore I wouldn’t disrupt any wild turkey areas before everybody arrived.

So I decided to let my friends have at a gobbler before I began my own hunting, besides I like watching and listening to them big time.

Now, I have to meet Champ back at the hard road and we’ll come back to the house and get some more turkey hunting work done.