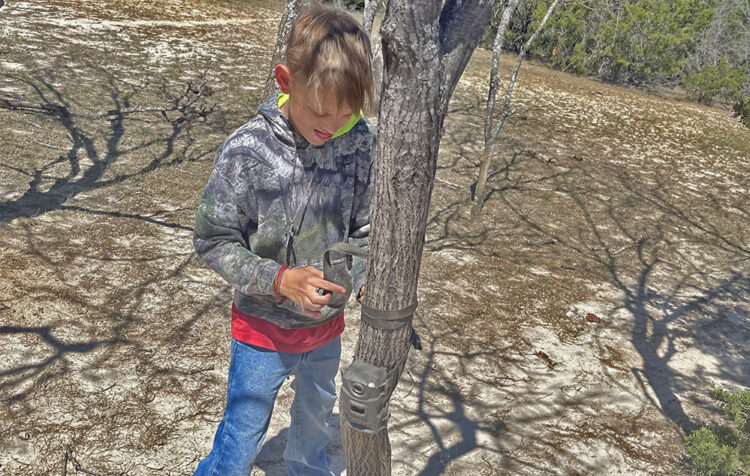 I picked up Champ right after he got out of school. We drove to the AA area and walked through the woods to a ground blind mounted on top of a Woodsey Too platform. This is a high spot that is adjacent to a steep, wooded drop off that runs for a mile and goes down to a long, flat area that has planted farm crops bordered by the long, winding river. Wild Turkeys and Whitetail Deer pass through the entire area regularly.

Champ set out two game cameras, one near the blind, and another on an established trail, you can see the blind one in the picture, it’s by the platform’s left legs. 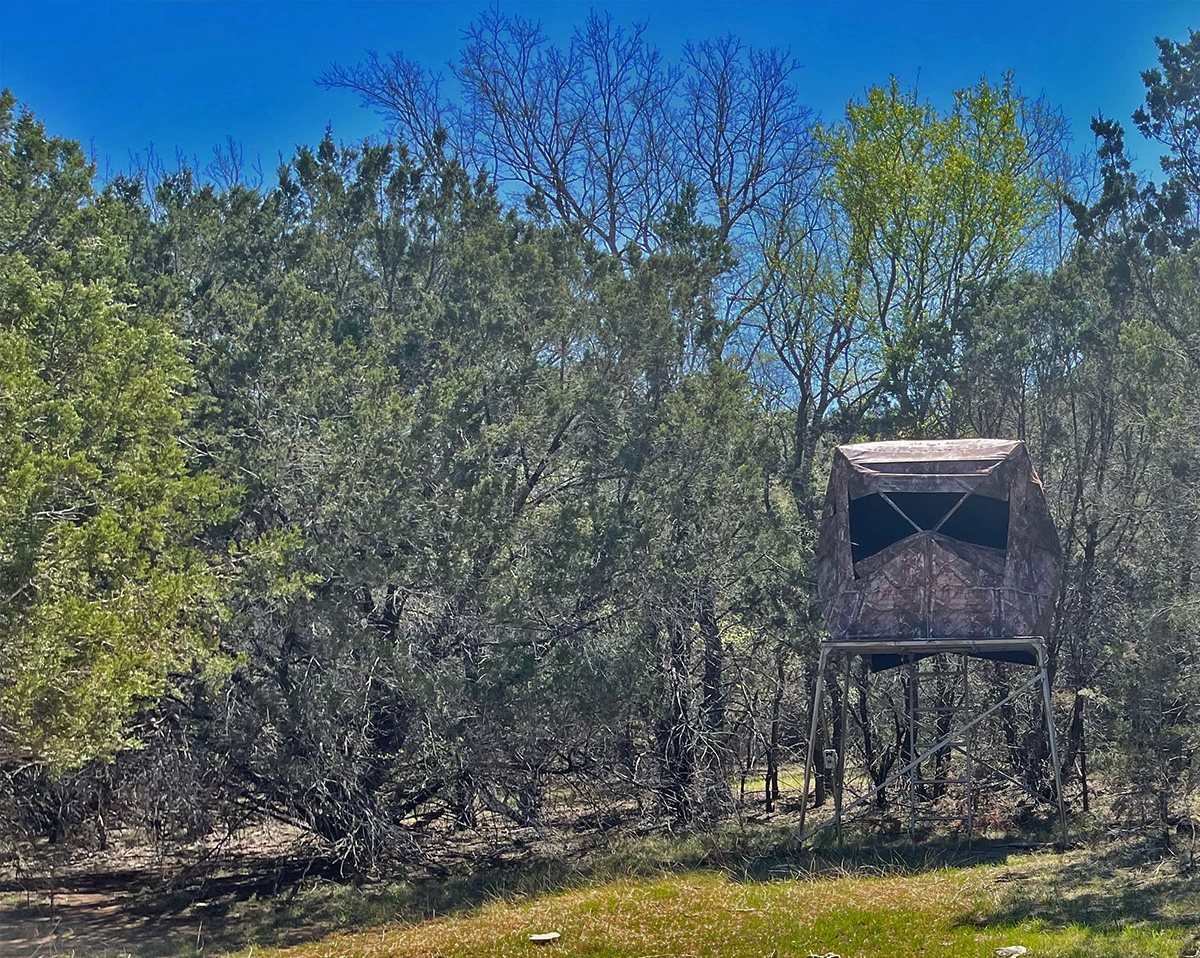 A week ago all the undergrowth was leafless and full winter tan and brown, except the cedar trees. Only one week ago it was still in the 20’s but mid week the temperature rose and we had a much needed rain. Immediately afterward the color green popped up everywhere.

Our next spot is named the Alley and Champ climbed up to the Tripod seat to be sure it was still steady and otherwise ok. It was, and Champ attached a long cord to the tripod chair that would serve as the way to pull a bow up to the stand. 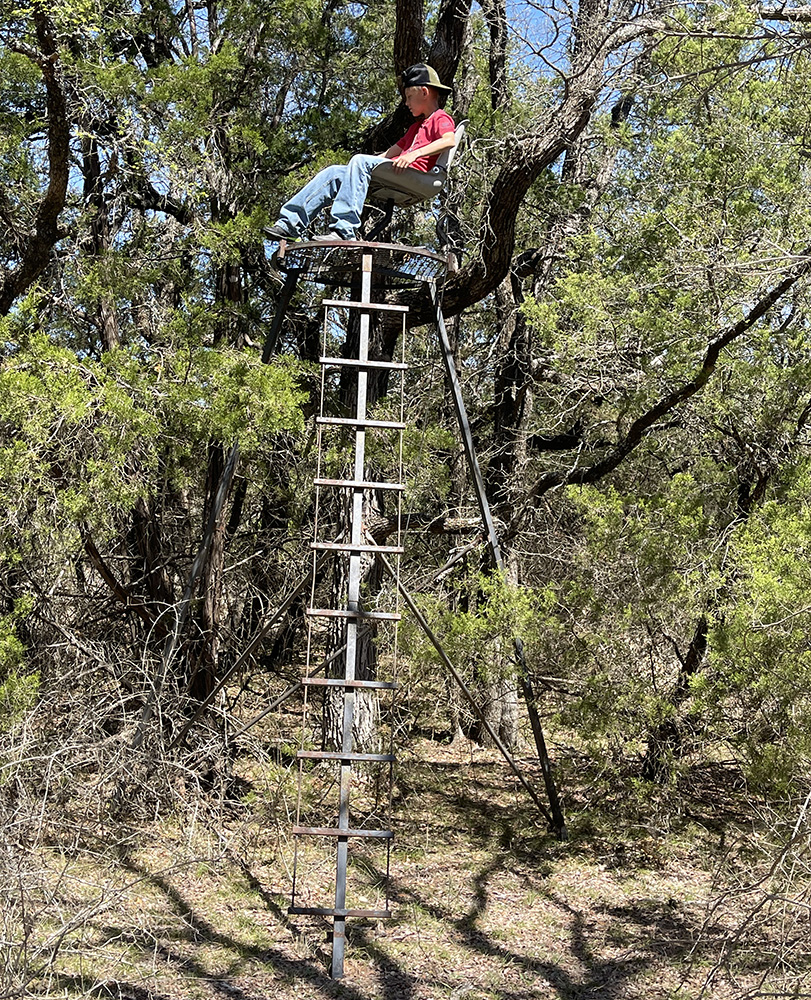 Next we drove to an ancient and squeaky Windmill and took the barely visible two-track through the woods. Ahead of us, Champ saw a group of wild hog laid up in a wet, muddy area. I quietly stopped the pickup and Champ slipped out with his crossbow and put a stalk on the hogs. A large black sow picked up on him getting closer and the group jumped to their feet, waited briefly, and hurried off and ran right by me. 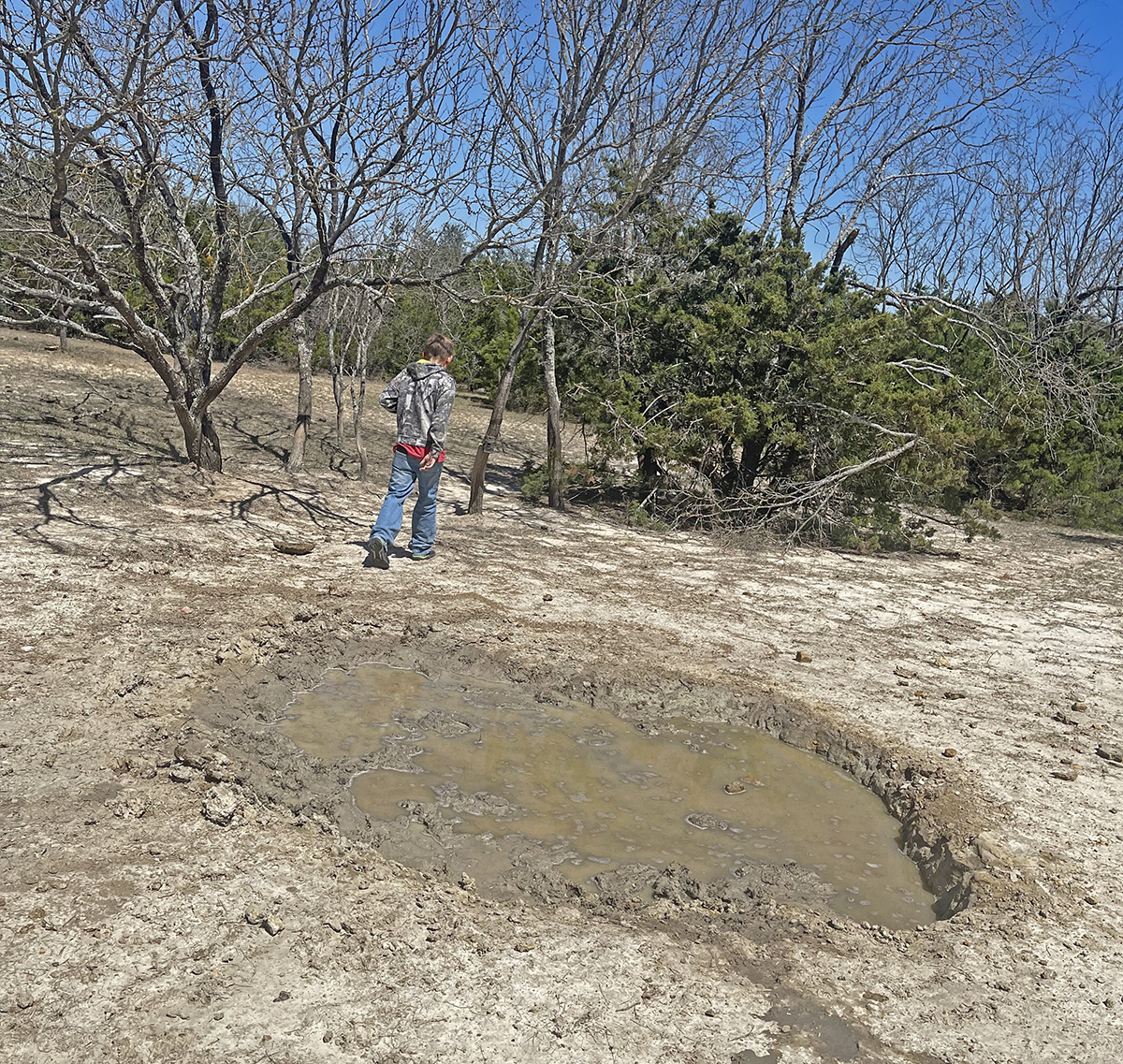 Above is one of several places that hold water when it rains, which it finally did earlier in the week. Wild Hogs love these places and come to drink water and wallow and lay in the mud.

Champ wanted to set out a couple of game cameras here and we did. You can see one on the tree on the bottom left of the picture. 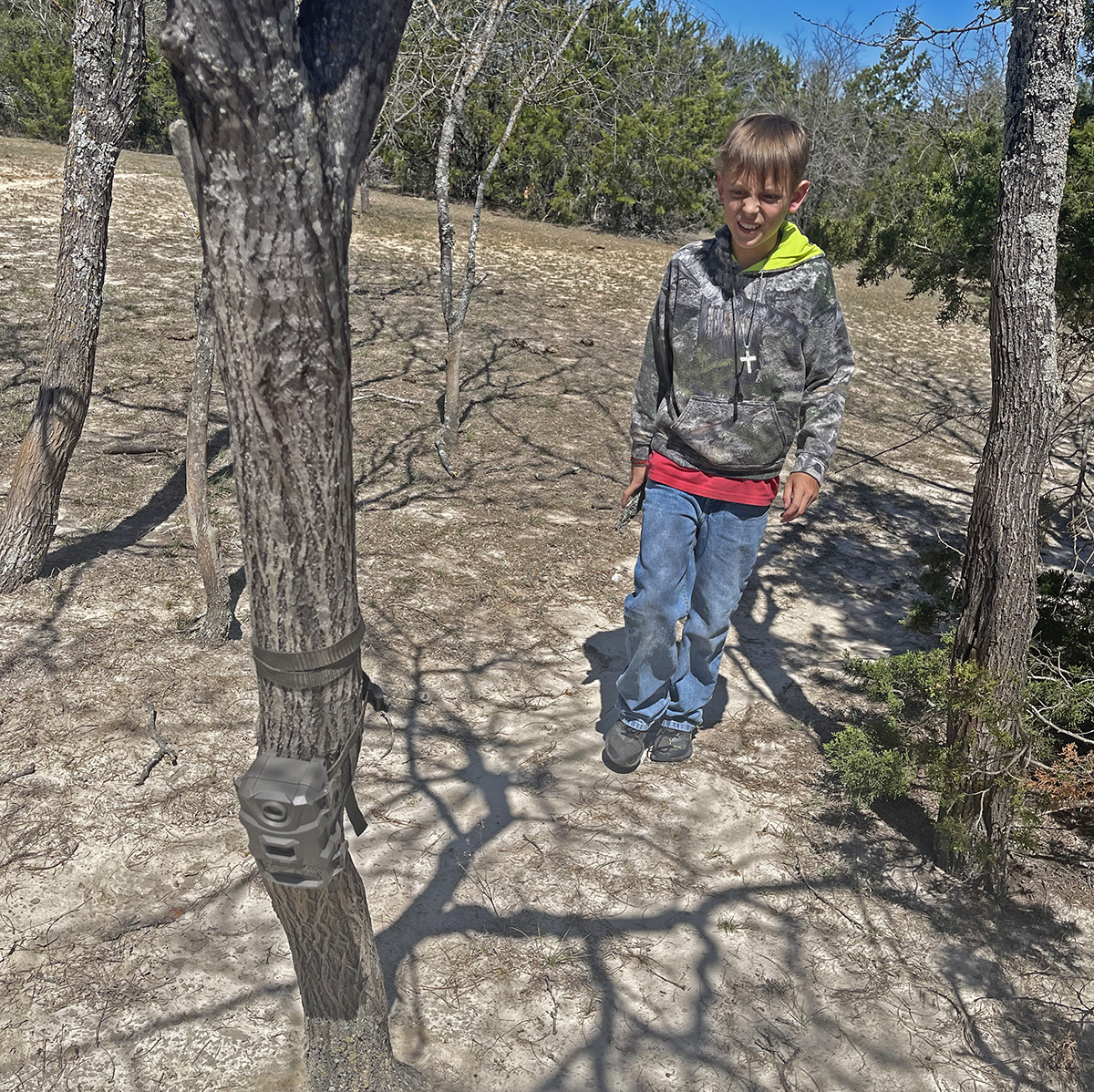 Lastly we drove to the largest stock pond on the property and quietly listened for gobbles. At sunset we heard two gobblers that were roosted on the far side of the pond and by the river.

Back at my house we ate several bowls of homemade stew that I had made for the weekend. My friend Cindy Lavender had planned on coming down to hunt wild turkeys but she called and was unable to make it down. My bud Donald Duck had said he was coming also but he cancelled too.

Champ and I were both wore out and we went to sleep. We’ll get after it tomorrow.

How To Prepare For Out Of State Turkey Hunts

Where Can You Bag A Gobbler In Texas?