What Do Wild Turkeys Do On Windy Days? Part #1.

This Year's Wild Turkey Season Started Out Good! And Then It Got Strange...

This year’s wild turkey season began with turkey talk, both me to them and them to me. My hunting buddy Champ was with me and when I called two gobblers in from around 300 yards away we spotted two bright red heads in the thick cedar trees to our right. This was on the fence side of the Lazy Man fiberglass blind that we were inside. They gobbled loudly as they came toward us and stopped for a look around (between 10 and 15 yards .

On our center left we had two Dave Constantine decoys staked out, a hen and a Jake. But the gobblers did not see them, which would have likely brought them right by our front shooting window, instead of what happened..

The gobblers came up on our right. Champ was waiting with his Barnett Recurve crossbow bow at the ready. But the rickety, rusty square-wire fence was only a yard from the blind, as well as behind the shooting window, so Champ was unable to shoot.

I took a picture when they were very close and you can see the shadows of the rectangular wires of the fence. 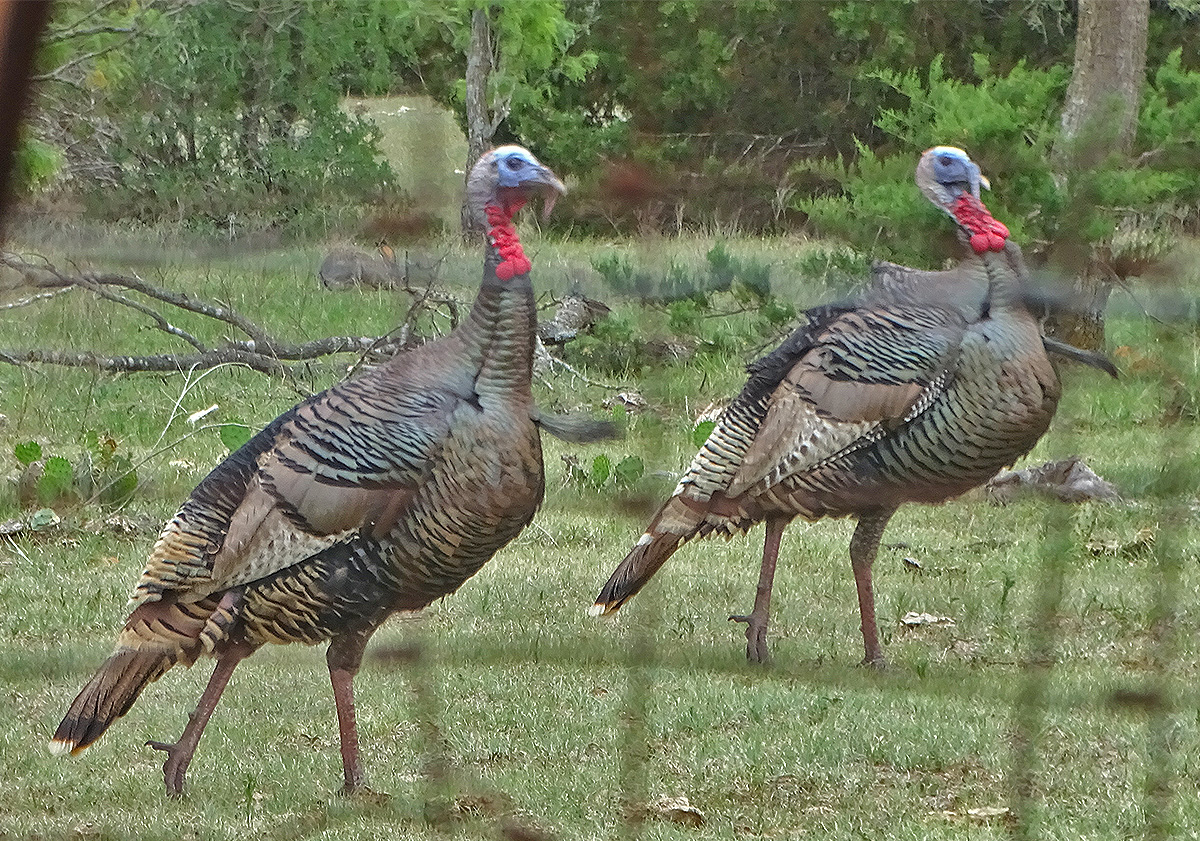 Champ handled the situation like a pro, he was completely silent and still and the two gobblers did not pick us up in the blind. 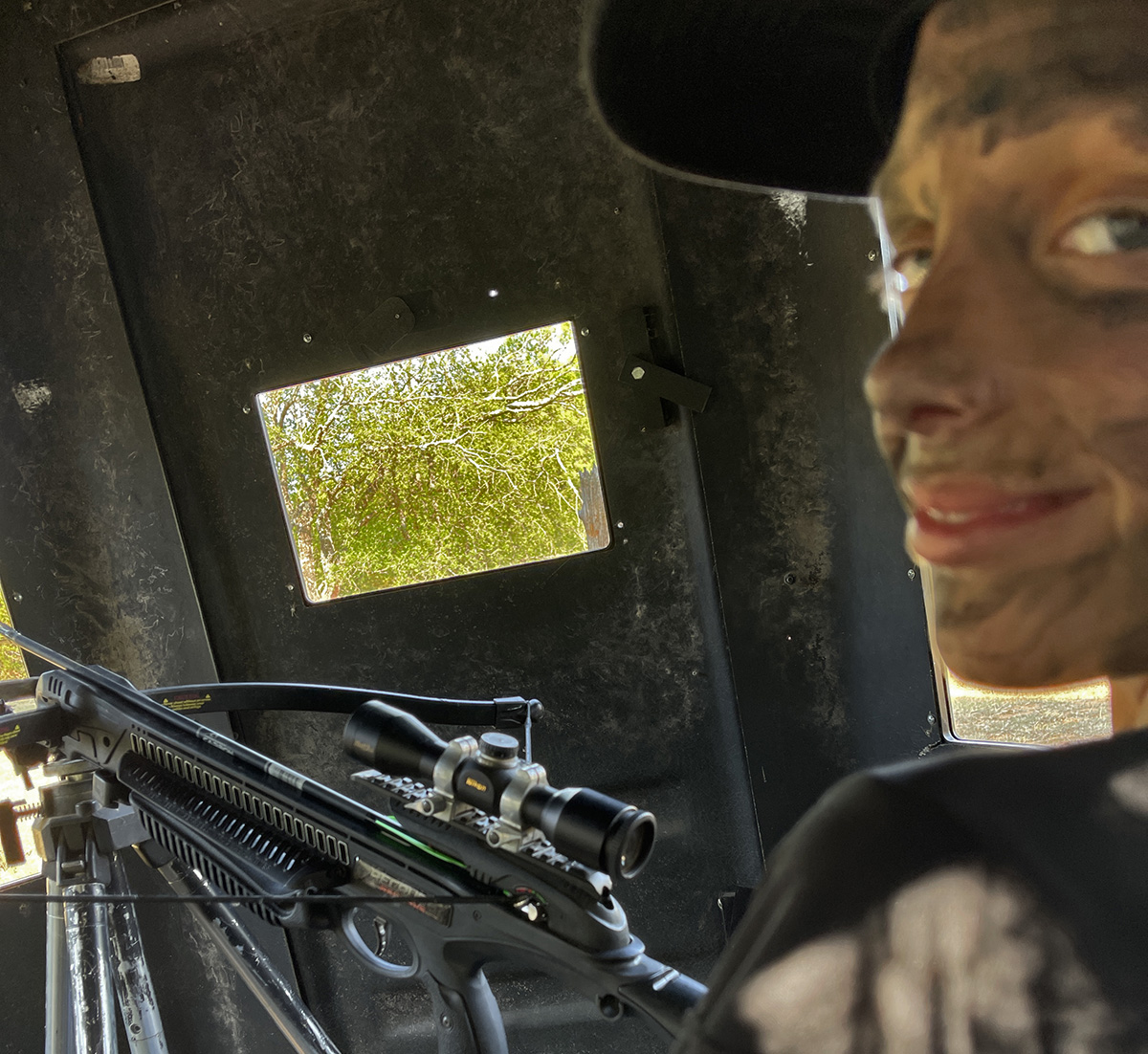 Later I used a pair of fence-wire cutters I brought with me, and didn’t want to use in the dark this morning. I cut the fence down and out of our way.

That afternoon we heard gobbles come through our area on their way to the river and the roost trees. However, the shadows were getting long and they had a mile to go before they reached the river. So when a hen came into view with gobblers walking behind her they threw a gobble as I took their picture. They all kept on going.

The weather had been perfect but the next morning things were gonna change.

May Is A Key Coyote Hunting Time