Sometimes What You Think Is Happening Is Not Right. 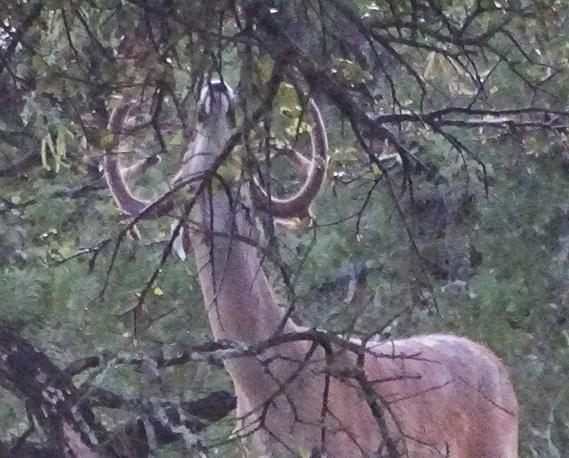 Still Hanging With The B10 Buck.

Do you know how early a buck in velvet will work on tree limbs with his new antlers? Twenty five years ago I believed that bucks had to shed their antlers before they were able to hook their tines and main beams into a tree’s limbs that were in reach.

At first, I was surprised to see bucks in velvet give some tree branches a good whipping.
But it became a regular part of what I saw bucks doing year after year. Then, several years ago I learned what was up. In early July a buck with antlers that were shaping up very nice got himself hung up jumping a tall cattle panel fence in a corral on my place. i was unaware of this until I noticed some buzzards fly up and when I investigated I saw the buck in the fence  hung up by the antlers and quite dead.

I cut the fence panel loose and was surprised about his velvet antlers. I had expected them to soft and spongy, possibly even rubber like per what someone had told me once. But the antlers were rigid and solid. So when I witnessed bucks in velvet, year after year, giving tree limbs a thrashing I wasn’t that surprised. It’s very cool to live where I can take pictures of wild deer doing their thing.

A couple weeks before the first buck shed its velvet I went to a ground blind I have in a nearby area I call “The Last Barn.” I went there because I had watched B10 leave my food plot and head in the general direction of The Last Barn. My second morning there I saw B10 in the early morning light and took his picture. 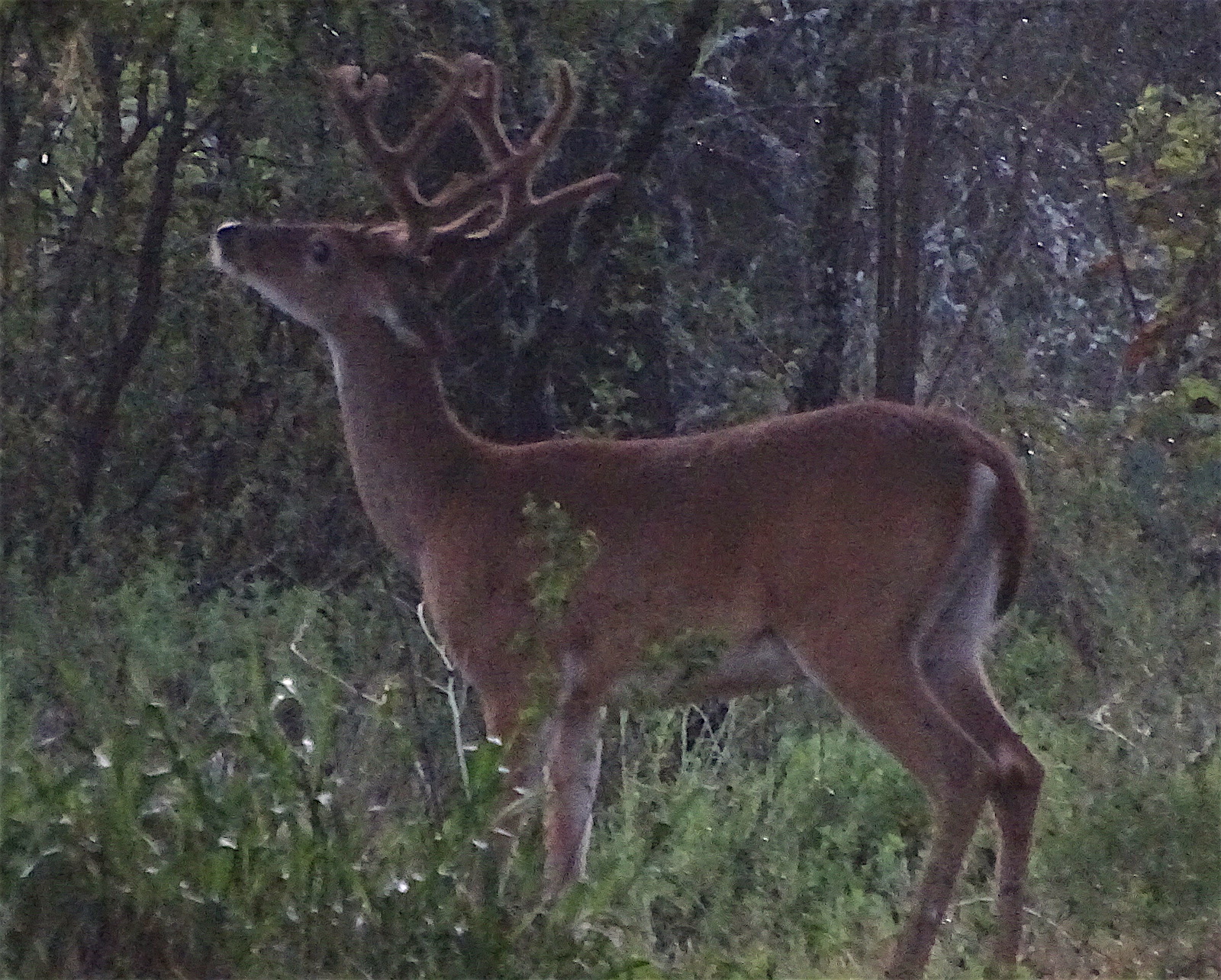 B10 gripped some low leaves in his mouth and licked and mouthed them. 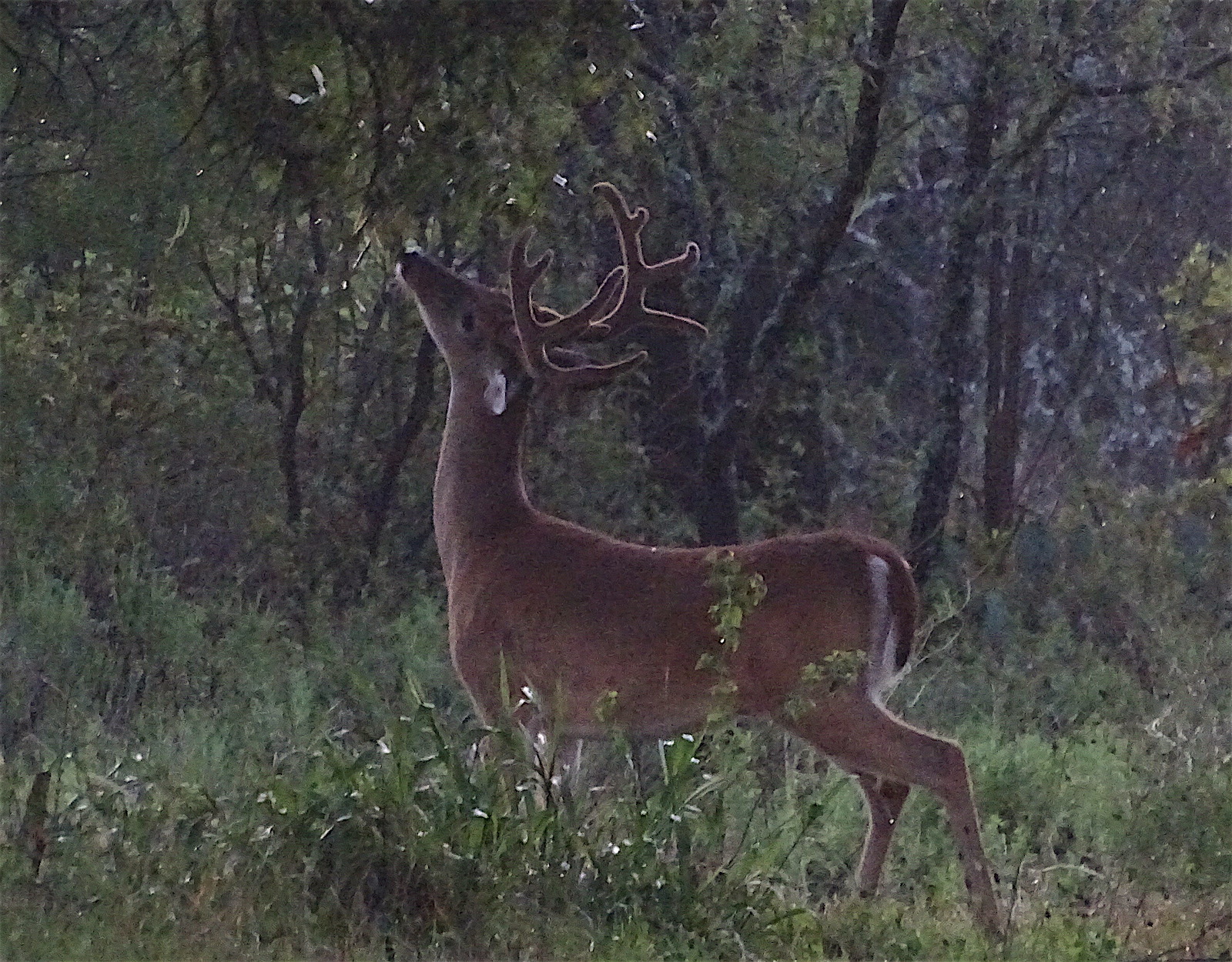 Another buck came up behind him and B10 reached up higher in an adjacent tree and hooked some of the limbs within reach and then grabbed them in his teeth and yanked them around. 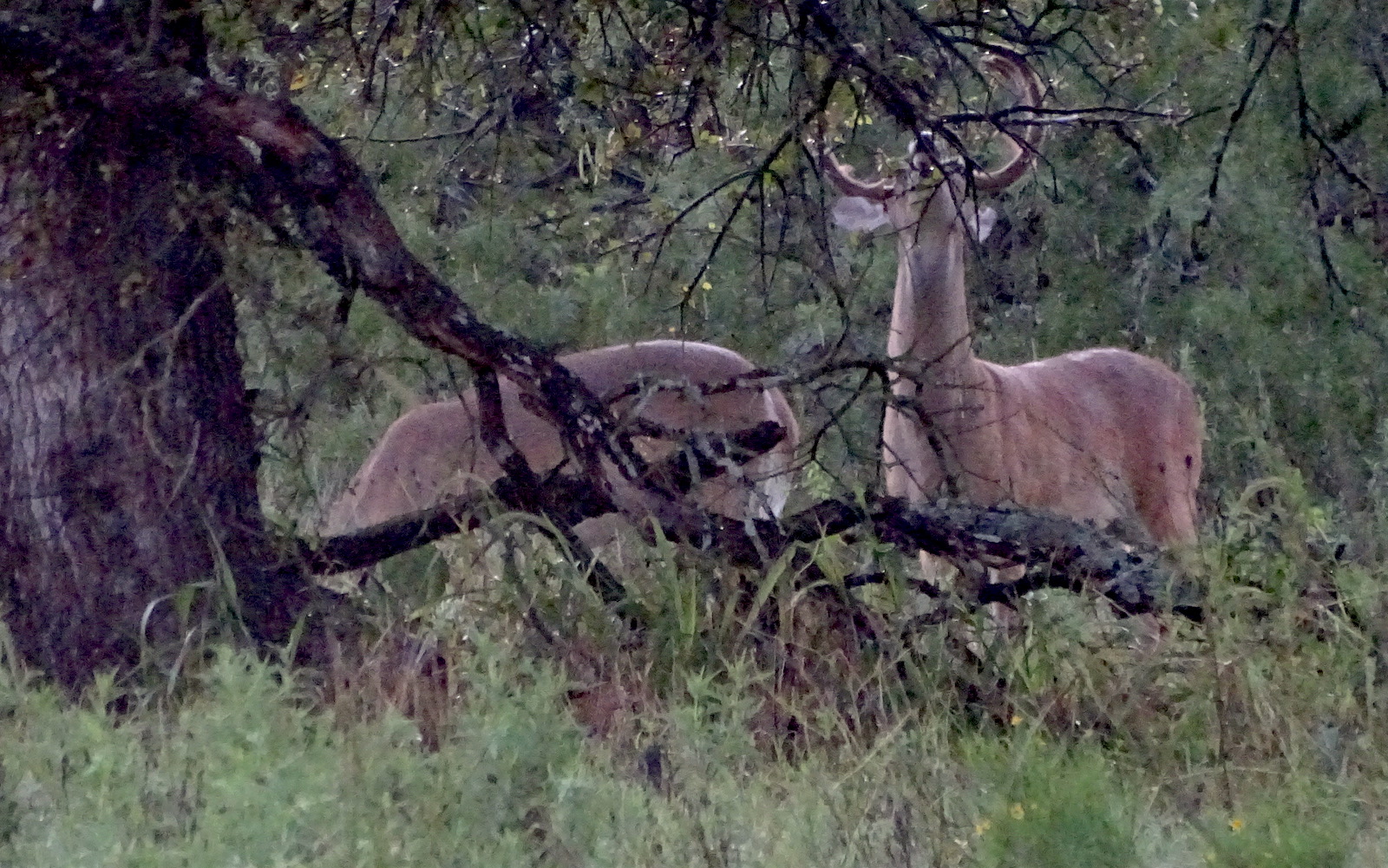 The second buck walked away and B10 took a brief brake and looked around the area. 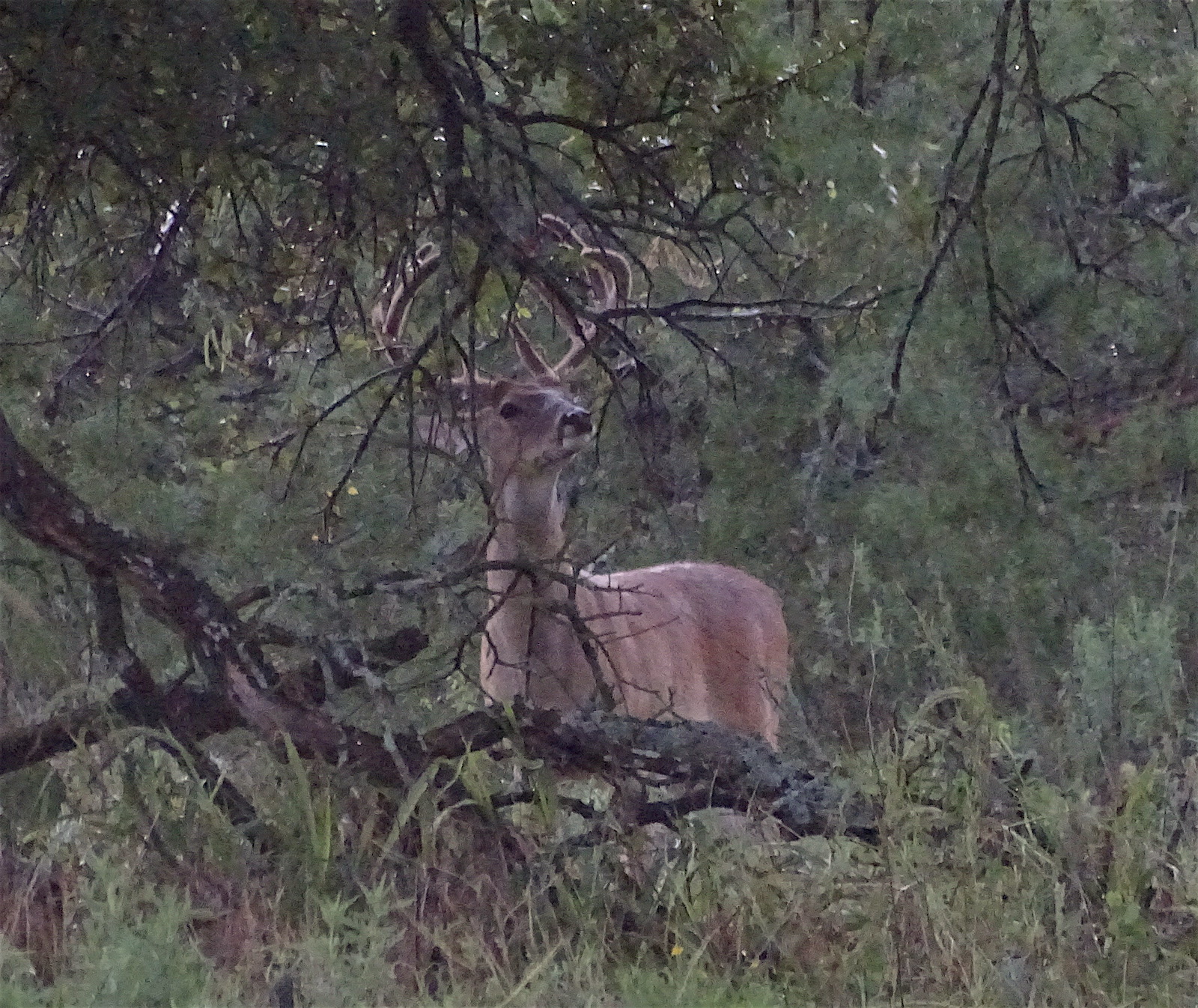 Back he went, hooking the limbs with his main beams and tines. 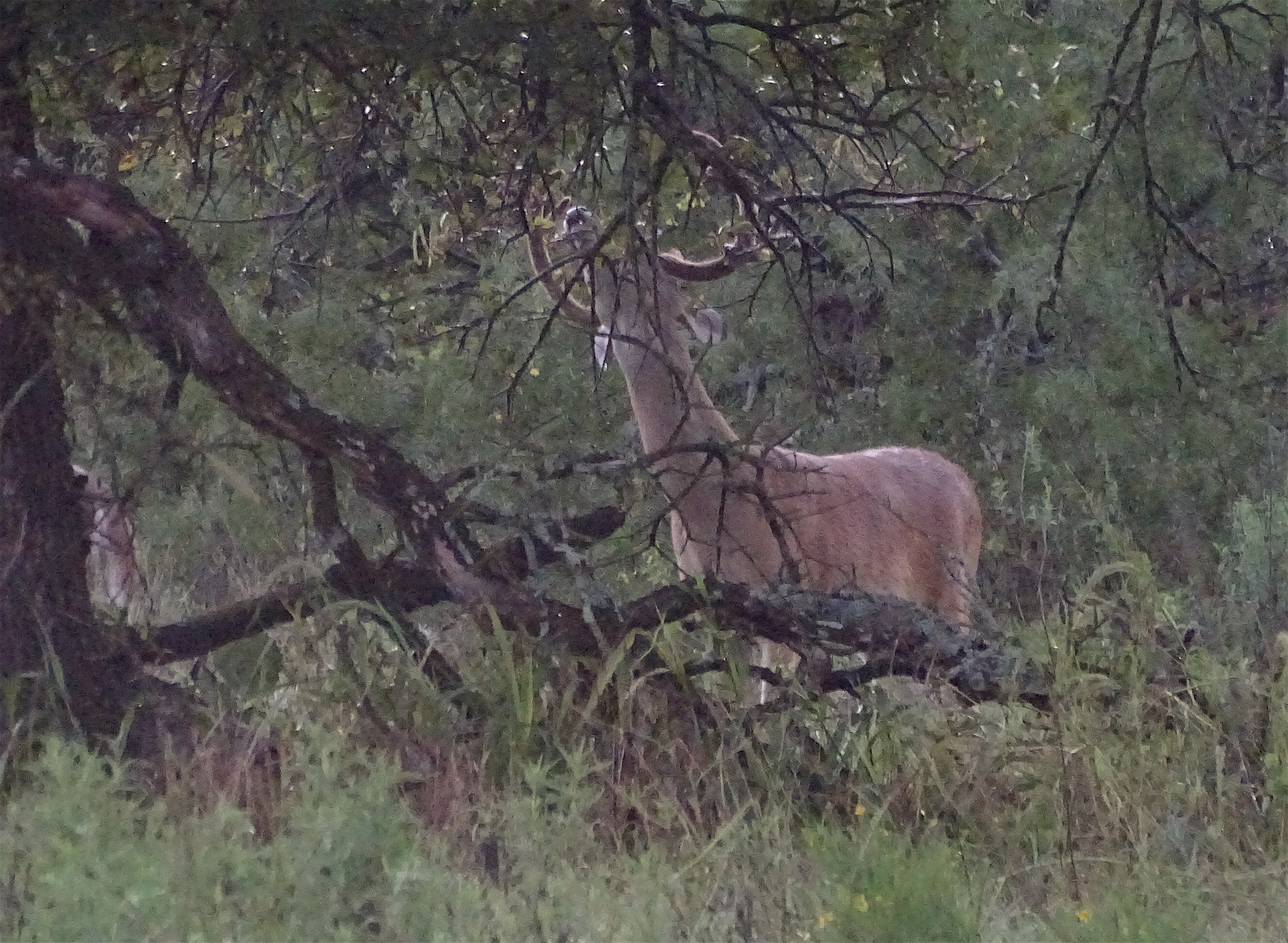 And, again, he mouthed the limbs and pulled them back and forth. 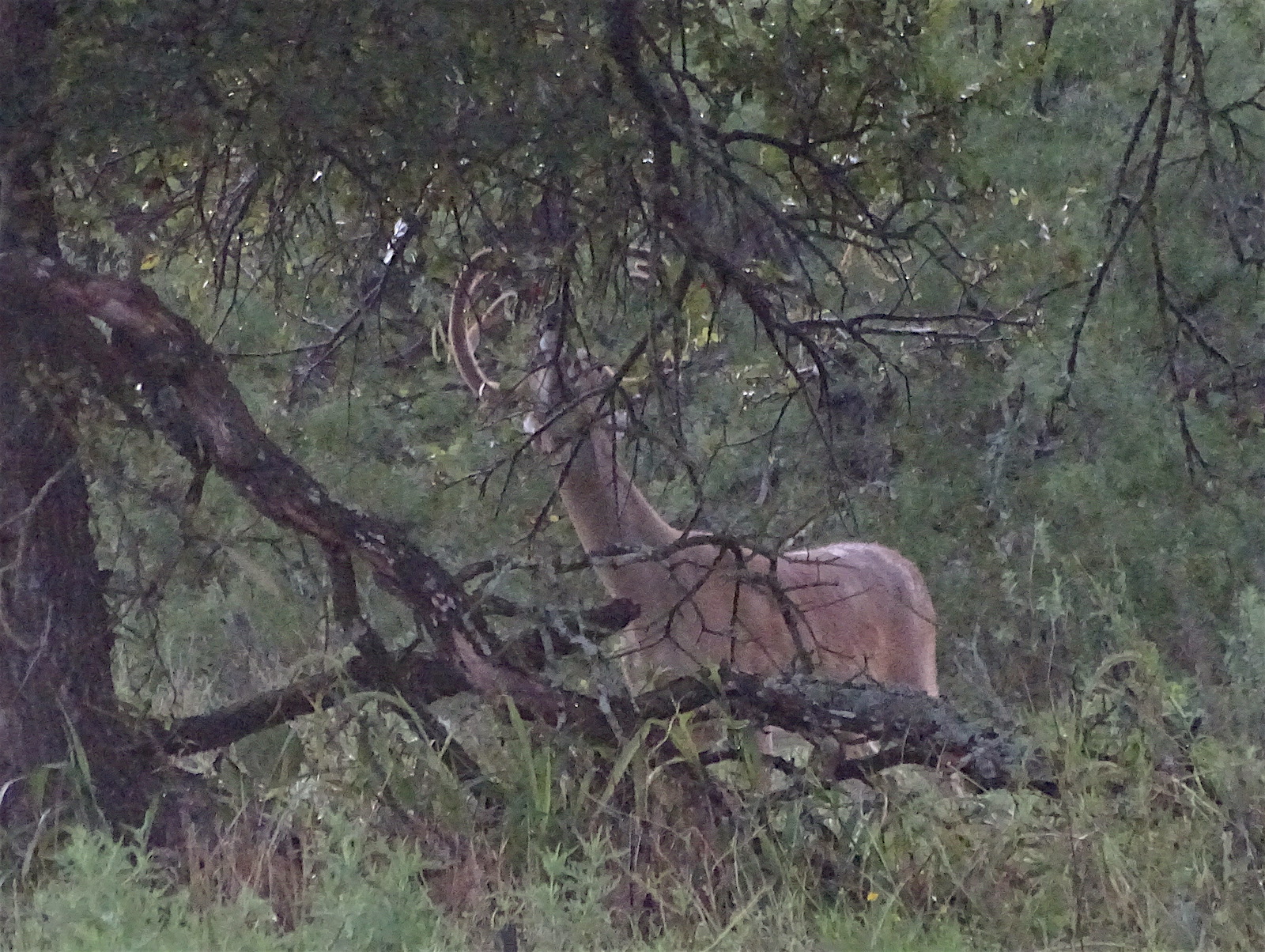 He repeated this procedure a half dozen more times and then stopped abruptly. 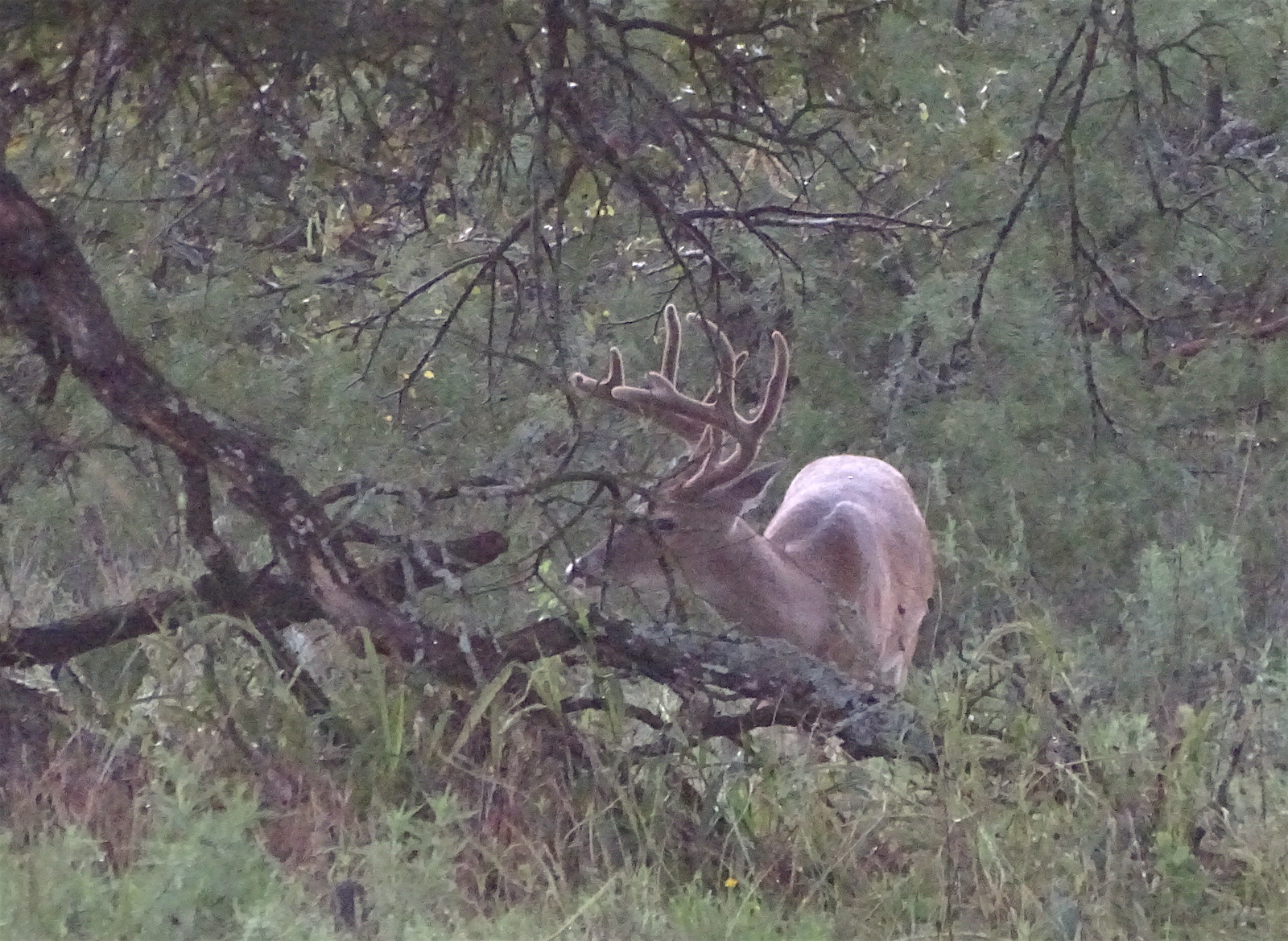 And then he melted into the woods and I thought he was gone. Half an hour later on my walk back to the house I saw his antlers poking up out of some tall weeds and range grass. 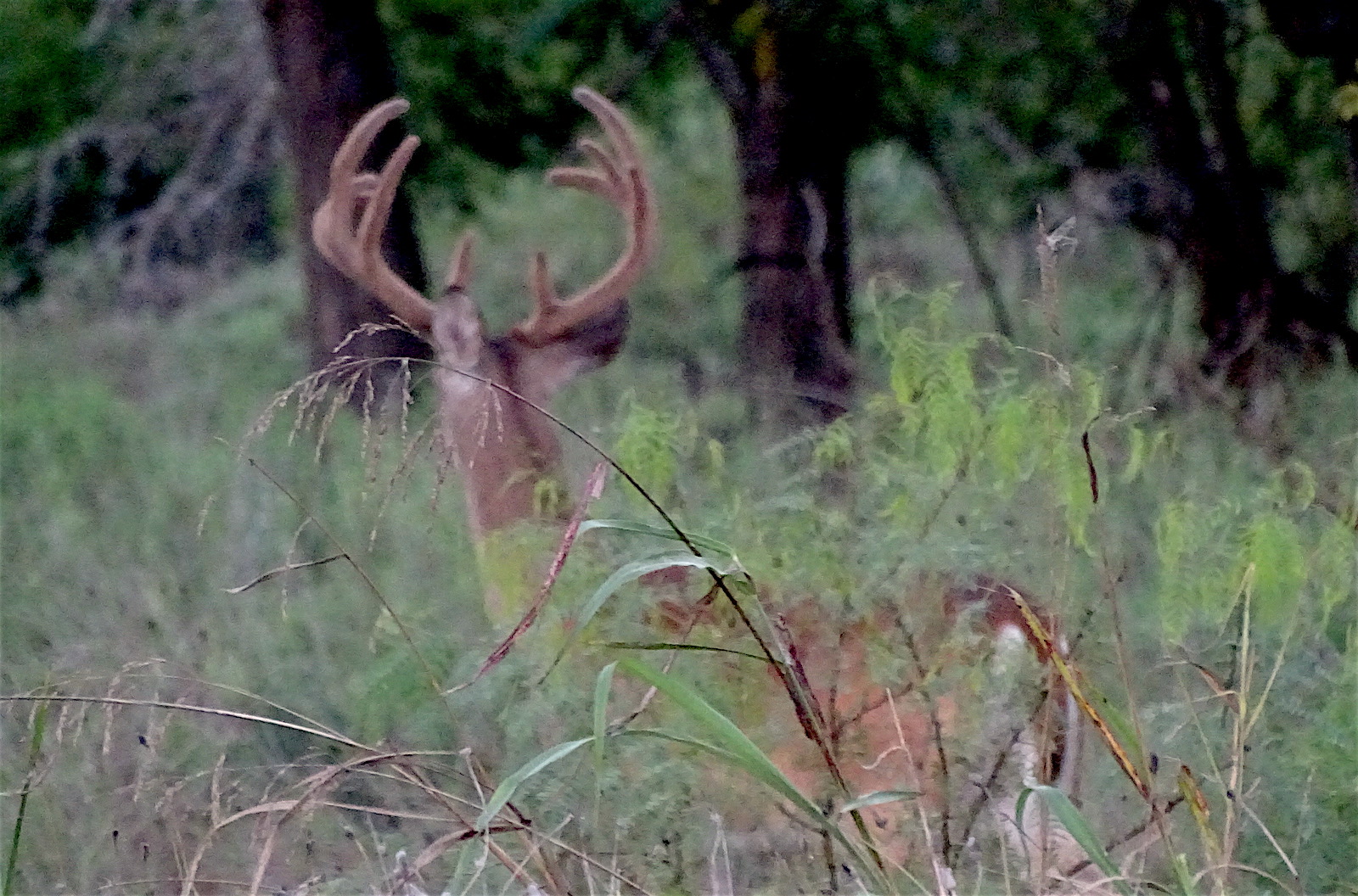 More B10 photos and My Comments coming.

How To Hunt The 4 Wild Turkey Phases?

How To Hunt The 4 Wild Turkey Phases?

What Wild Turkeys Do When It Rains