In 1996 My Deerhunting Life Changed, And Here Is The Low Down On How It Happened. 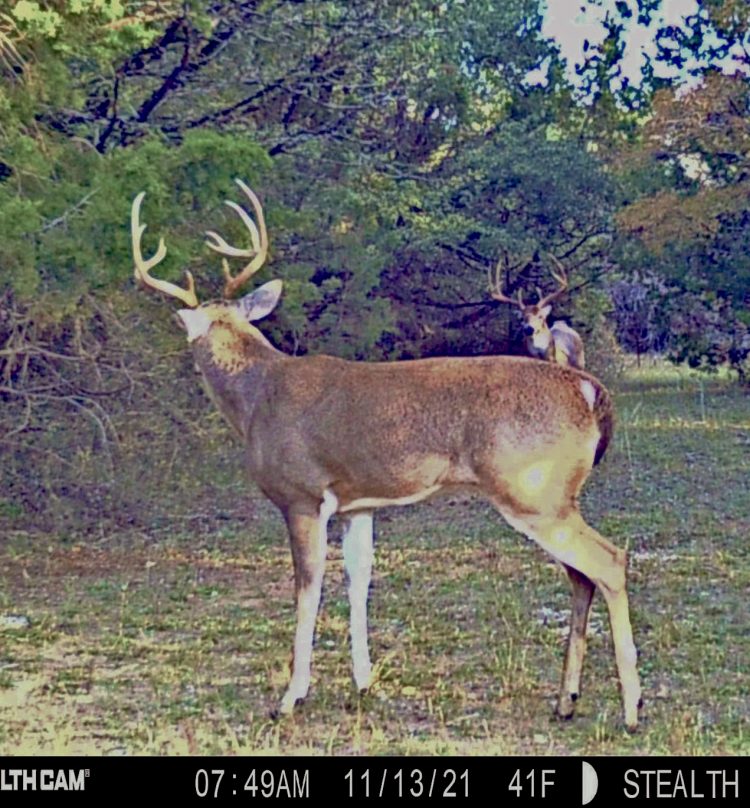 Back in the Pre-Digital picture taking days I loaded my film in a high end Nikon camera with a motor drive, a telephoto lens and sometimes a zoom lens. So when I heard about digital cameras I thought I could add up-to-date pictures regularly in my website comments and hunt reports on Bowhunting.net. That was in 1996 or ’97 and back then I could only find a couple of digital cameras and I bought an Agfa camera. Nikon had one too, but it was twice the price.

It was almost deer season so I hurriedly took pictures of a few wild hogs and a couple of deer, but, let’s get into the reason I gave that crummy Agfa camera away. Here we go.

That year I was keeping up with a very big racked 8-point a mile down the road I live on. I had thought I’d be able to get a picture of him with the Agfa. On my Aerial Map I could see where I had a treestand on the adjacent property — it was 400 yards straight South from where I was seeing the huge buck.

I named the stand area ‘The Hammer Hole’ and on opening day I was there. That first afternoon the sun was low and still visible above the treetops when the bomber 8-point walked smack out of the thick woods 30 yards from me. I didn’t know it yet but I was about to make two mistakes, very big ones.

Truthfully, I was eaten up with wanting to take a picture of this big buck with my new camera. I rested my bow between my legs and turned the camera on. Hmmm, those two things changed my mistake total to three.

The buck turned left onto a trail that led smack-dab to where I was. He was going to where I’ve been seeing him. I raised the camera up carefully and put the buck in the view finder. Immediately two things happened that jumped my goof-ups from three to five.

The camera was still new to me. And this afternoon I was learning things I  could never forget. When the buck was in the view-finder I triggered the picture.

That camera’s beep was very LOUD. The bomber was two steps from being back in the trees. And he took ’em. I froze, he had not seen me and had not spooked. He might walk back out. I slipped that Loud-Beeping Agfa in my jacket pocket and hooked up my release.

If Big-Boy came back out I absolutely would not touch the camera.  But Big Boy stayed gone.

The next day I purchased a Nikon digital camera. During the next two weeks I saw a few bucks, but not ‘THE’ buck. And then my neighbor got him with his bow. He entered the rack in some Texas 8 Point Contest and it won the whole deal with a P&Y Score in the 160’s.

Unfortunately, I did not get a picture of that buck. And, we should have a picture of a nice buck in this article. So that’s what the above picture of the two bucks is doing. This picture was taken in 2021. The furthest buck was the buck I was after in 2021. And just like Arnold, this year (2022) “I’ll be back.” 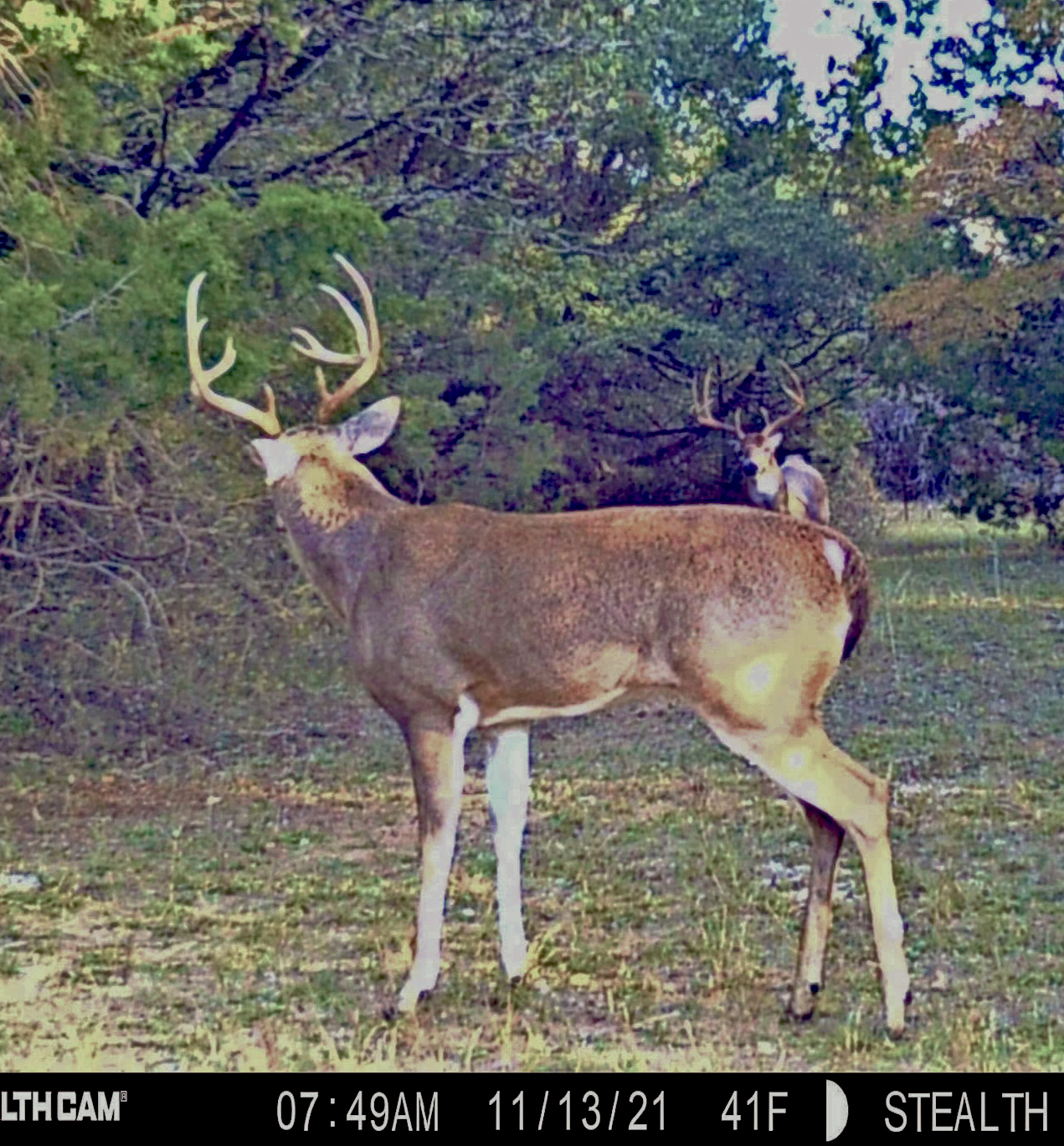 Stuffed Venison With Bacon And Gravy

Stuffed Venison With Bacon And Gravy

Bear Lure, Does It Work? Plus Fred's Bear Tips.