On September 8th, Don Wilson watched daylight arrive as the sun lit the treetops, a mature buck stepped into the open at 40 yards, it’s antlers in full velvet. Don Wilson was hoping to see him. 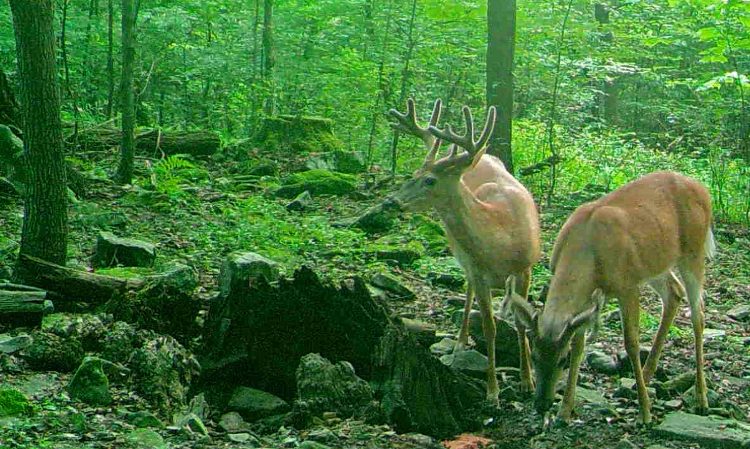 Don Wilson grimaced with disgust as his deer plan crashed and burned on the eve of opening day.  For nearly a week, he’d seen a great buck feed consistently in a small field an hour before dark.  Unfortunately, his neighbor began a construction project that afternoon with lots of commotion that surely would suppress deer movement that evening and the next day.   However, since deer couldn’t feed that evening, maybe they would early the following morning.

On September 8th, Wilson watched daylight arrive as he sat against a large oak at the edge of the field.  As the first rays of sun lit the treetops, a mature buck stepped into the open at 40 yards, it’s antlers in full velvet.  As the deer slightly quartered away, Wilson aimed his CamX crossbow and sent a Grim Reaper Hybrid on its way.  The suburban buck fled about 75 yards before piling up and Wilson was ecstatic about the recovery.  Despite bowhunting for more than 50 years, this was his first velvet buck.

Such a Unique Trophy

As members of the deer family grow antlers, the protective skin covering the growing tissue is termed “velvet” and is warm to the touch since growing antlers are laden with blood vessels.  Throughout the antler growing season, deer do not spar with their antlers as they will bleed if damaged.  In early to mid-September, decreasing sunlight triggers an end of blood flow to the antlers causing them to harden and the fuzzy covering to die and fall off. 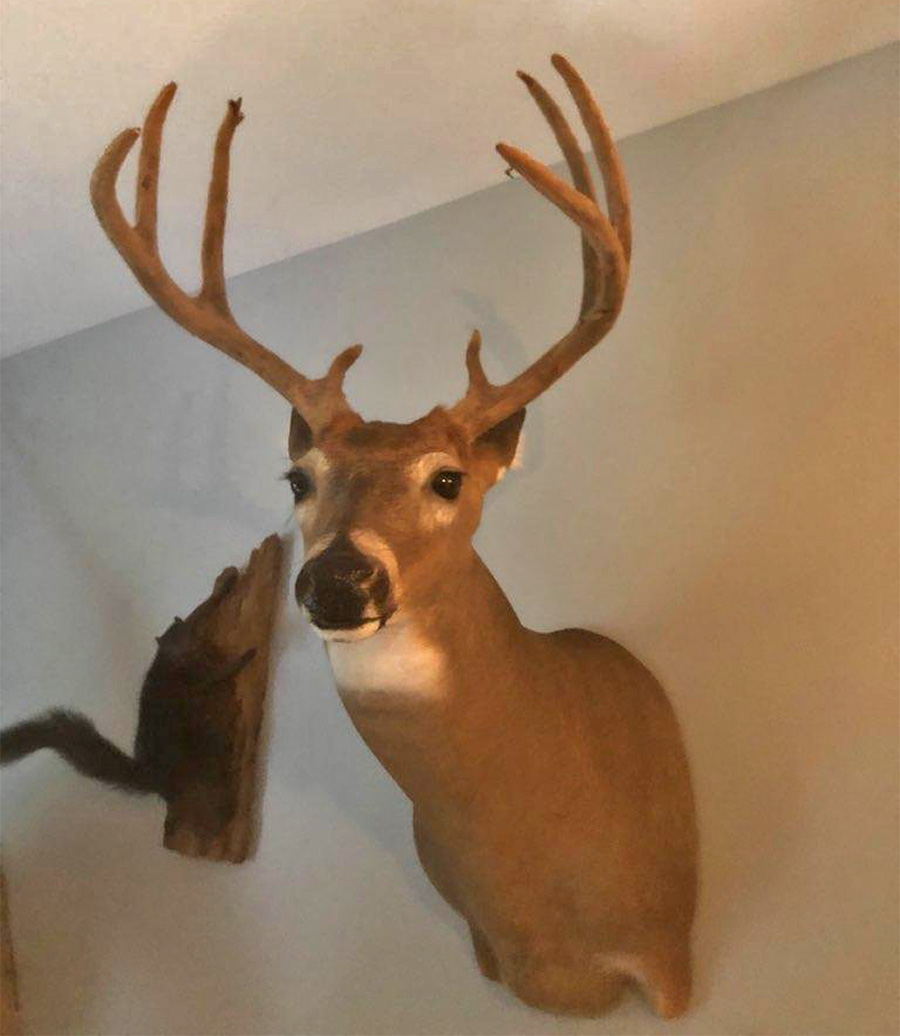 Velvet bucks are unique because deer are beyond the velvet stage prior to the opening of many State hunting seasons.  Typically, archers anticipate the coming of the rut to get serious about bagging a buck, yet more and more are becoming excited about arrowing a deer during the velvet season.

I live in Maryland where our season traditionally opened on September 15th, usually about the time most bucks have ditched their fuzz.  However, a few years ago, the Free State changed its season to open shortly after Labor Day, a time when most bucks still have their velvet antlers.  In 2021, opening day was September 8th as described in Wilson’s above hunt.

If you live in the East, Maryland is a top “velvet state” for a variety of reasons.  Compared to the price of a hunting license in Western states, Maryland prices are ridiculously inexpensive.  Even with additional stamps and extra buck tags, the price for a non-resident is under $200 and you have the same bag limits and hunting access as residents.  This includes at least three bucks and two turkeys, plus small game options.

Additionally, crossbows are legal in all archery seasons, with no scope or width limitations (As New York imposes), and most modern archery tackle is legal.  Finally, Maryland has so many deer that its abundant public land is lightly hunted, especially in early season.  (3a)

The earliest state I could research is Florida which open July 30th in some sections, followed by South Carolina with August 15th.  The following states open at the end of August or early in September: Idaho, Nebraska, Wyoming Kentucky, Montana, and North Dakota.  Be sure to explore youth seasons as they may open in velvet season, even if the general season does not.  Also, please double-check the rules and regulations as they often change annually.

Deer often follow predictable patterns in early, early season with an emphasis on food and cover.  As Wilson did, once you pattern a deer’s feeding habits it is likely to continue them until conditions change, especially in food plots.  If baiting is legal, deer may feed predictably and during daylight.  Digital trail cameras are an exciting and effective way to scout deer patterns and learn deer movements without going afield.  I used to awake in the morning and check the news… now I first check my trail cameras. 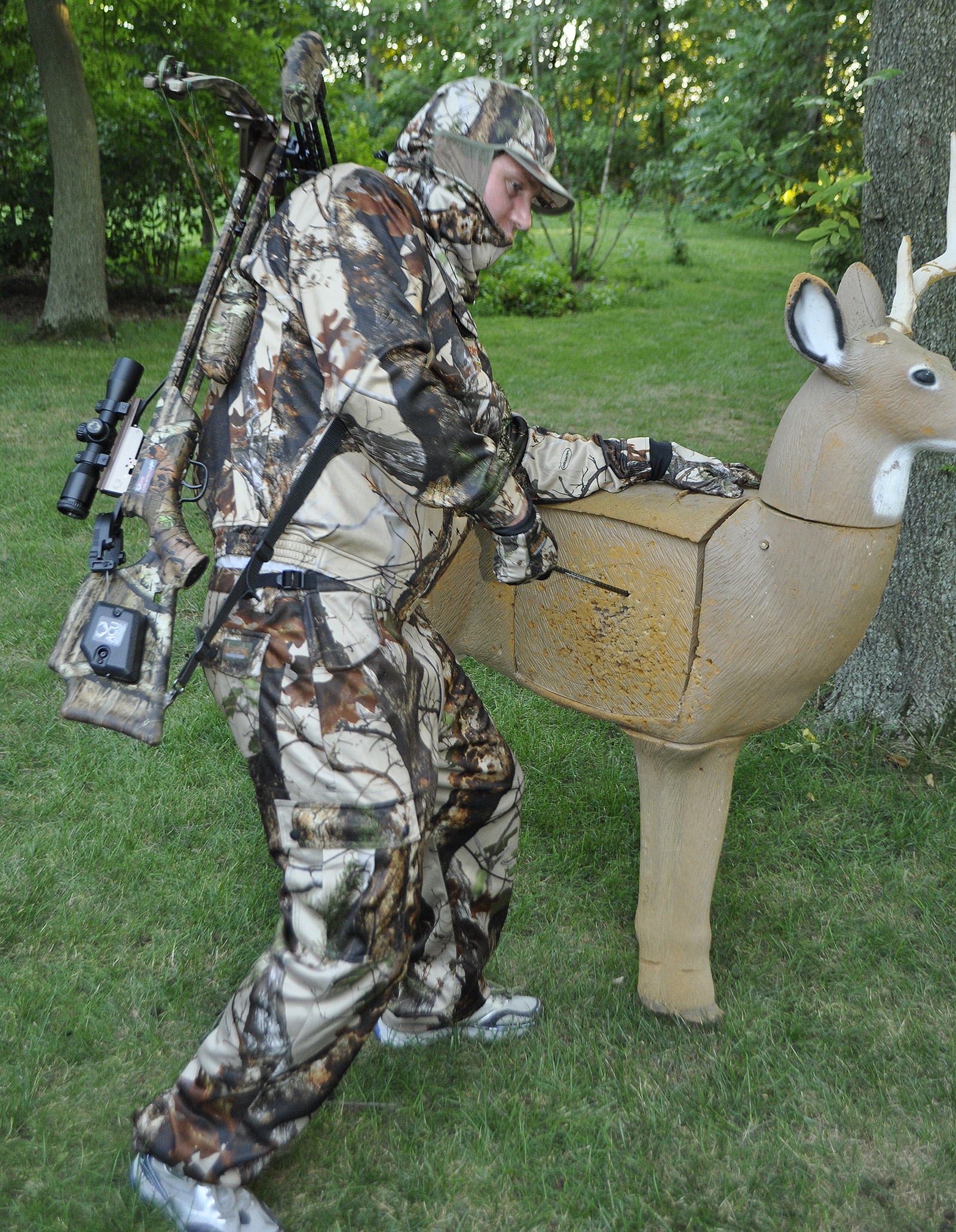 September is corn harvest month in many states and few things draw deer more predictably than a freshly chopped field of corn.  Crop harvest can change deer movement, yet waste left in the field is a powerful draw.

On the downside, early season will often be hot and buggy.  You will want to take precautions against ticks and chiggers, especially if you hunt from the ground or do extensive walking.  Mosquitoes and other biting insects can be maddening if you are not dressed properly and using effective repellents.  As in all deer seasons, your most likely success is your first sit, so play the wind and hunt accordingly.

More than 30 years ago, I killed a velvet buck in South Carolina on August 16th as it stepped into a soybean field during the third thunderstorm I sat through in the same afternoon.  It was not only and extremely exciting hunt, but the venison from the deer was “steer-like.”  It was as tender and tasty as any game I’ve tasted. 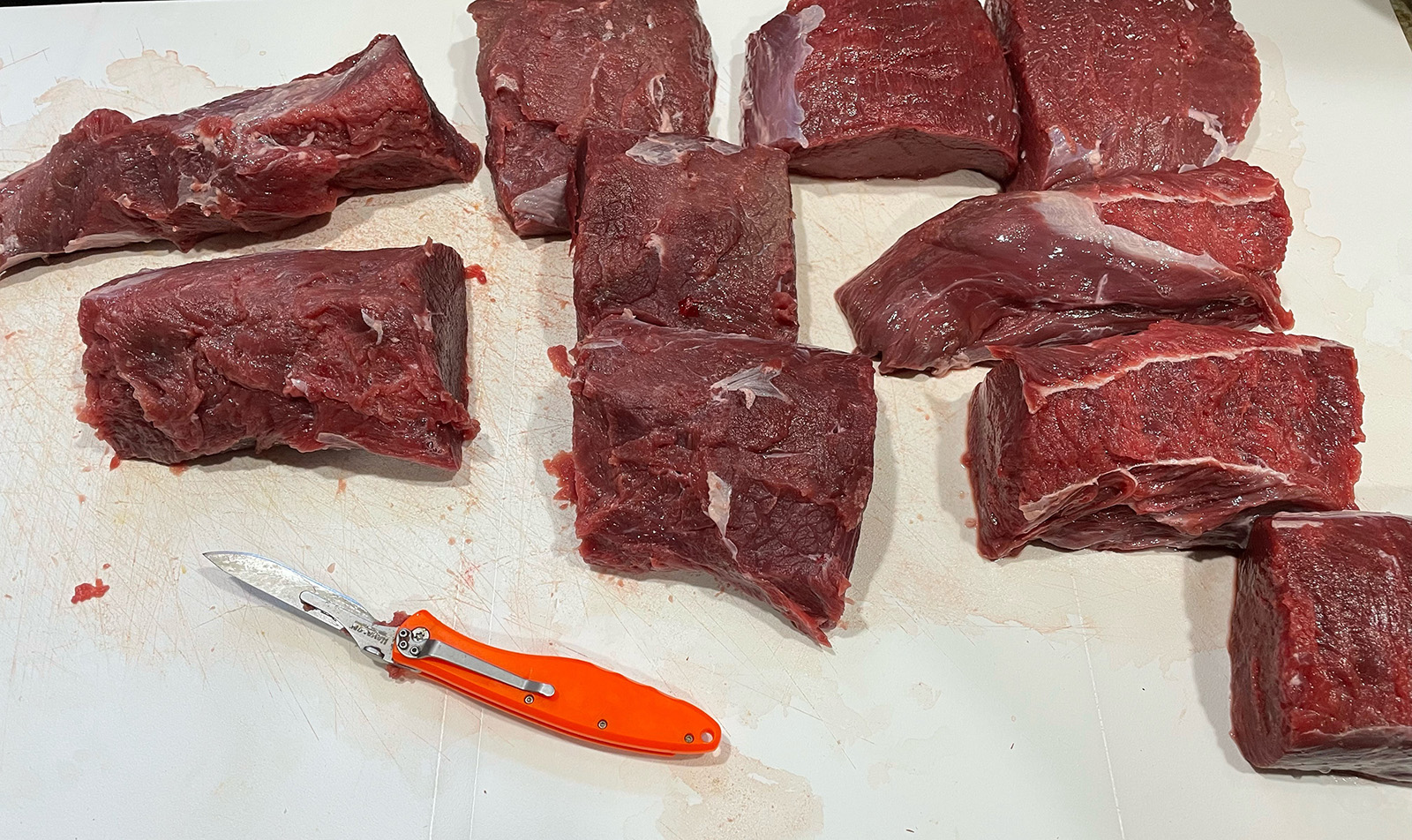 A caution is to prepare for a quick recovery after your shot.  As always, make sure you make the most lethal shot possible with your best equipment and shooting skills.  If you plan to hunt in early September, begin your serious practice regimen today.  A deer left overnight will spoil so make sure that you bring plenty of light for tracking and don’t hesitate to ask for help.  Finally, make sure you have a butcher that will take a deer in the early season.

Prepare for a totally new hunting adventure.  Aside from great venison, velvet season will increase your hunting time, allow you to hunt after work in comfortable weather conditions and turn a modest buck into a mount you’ll cherish for a lifetime.

I’m excited to work with Bowhunting.Net and share my experience with crossbows and hunting in general.  I’ll end each blog with a gear focus and this time I’d like to salute CamX Crossbows and Grim Reaper Broadheads.  CamX crossbows are out of business, but what a great bow they were.  I owned three back in the day and they were nearly indestructible. 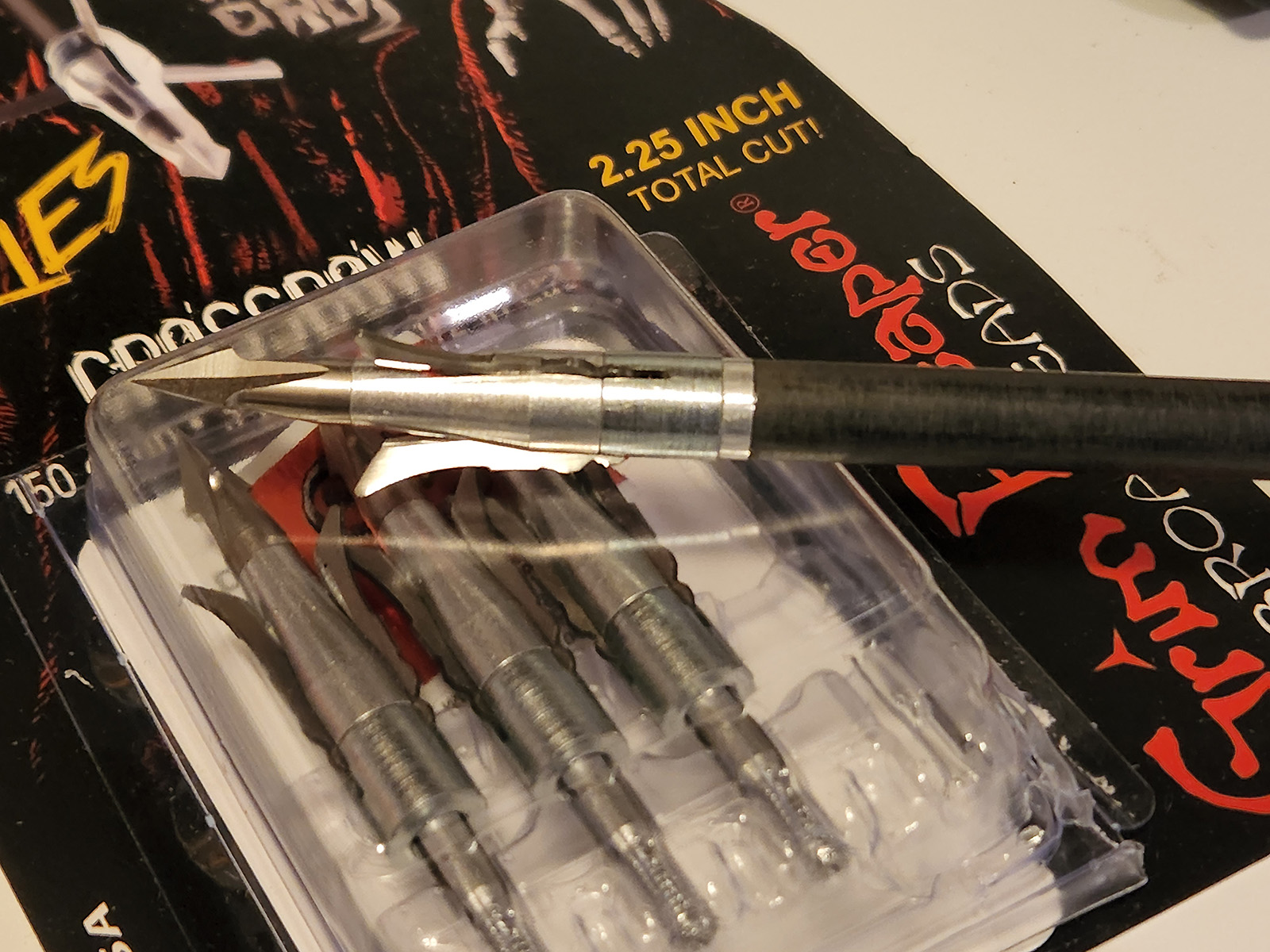 Thankfully, Grim Reaper is thriving and offers crossbow users a 150-grain option that is both lethal and bumps momentum more than 10% above 100 grain heads.  They are sold in four-packs, such that you get one “free” as compared to other brands who sell three-packs and now two-packs.  Don Wilson was quick to order more Grim Reapers for the 2022 season. So was I.

Is What You Know About Deer Vision All Wrong?

Deerhunting: How To Identify Oak Trees.