Rick Philippi talks broadheads with ya! 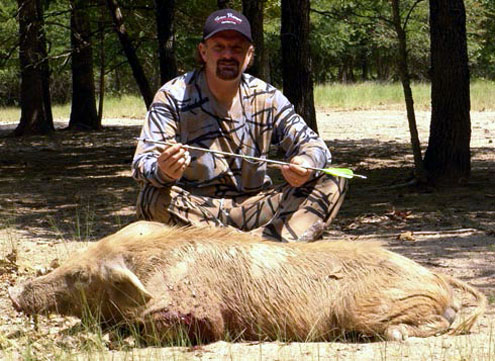 13 years ago I started shooting Grim Reaper Broadheads and I can’t tell you how many times I’ve shot an animal and watched them drop within my sight. The devastation that these broadheads deliver is beyond belief.

Grim Reaper Broadheads owner Jay Liechty is the inventor of the Razor tip Technology. The innovative “TROCRAZOR” tip has 3 cut on contact razor blades up front that pre-cuts the hide, opening up a wound channel for the main blades. This formula demolishes heavy bone and slices like a sharp knife through ribs and tissue giving superior penetration like no other broadhead on the market. Another dynamic with this technology is that you will not have deflections on angled shots resulting in a bad hit and a lost trophy.

Grim Reaper Broadheads hit the broadhead market in 2000 and rewrote the book on mechanical broadheads. They solved all the problems that the other mechanical heads had. The three blades float independently on a rugged shock absorbing spring and they open easily without any kick, enhancing arrow accuracy and penetration. It only takes one pound of pressure to open the blades!

I have taken hogs with the Grim Reaper Broadheadss and I can tell you that they have never failed me. Mature Wild Hogs have a protective shield behind their front leg. This armored plate is made up of tough fat anywhere from 2” to 3” thick (based on the size of the hog). One of the first animals that I shot with a Grim Reaper was a monster wild hog. My arrow blew through that armored shield as if it did not exist. The big hog dropped within 20 yards, I could not believe it.

This particular hog was over 300lbs and to thump through it like it did,was absolutely like nothing I had ever seen in my life. Since then, I’ve also taken numerous whitetail deer and wild turkey’s and can tell you these broadheads are flat out awesome!

Cliff Gray: Thermals In The Mountains