by Joe Byers
in African Game, Bowhunting Posts, Crossbows
3 0
A A
0 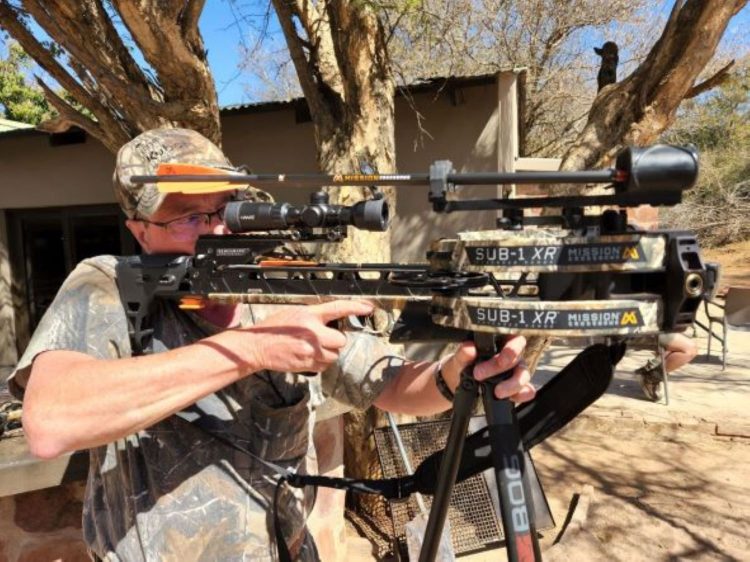 Mission Crossbows are the Mercedes models of the industry.  Like Ford and Chevy, most companies change and introduce new models each year.  Mission has found a platform that works and only tweaks as necessary.

Walt Lane has taken three safaris with his Sub-1 and lauds its performance and accuracy.  Mission nearly “owns” crossbow competitions, with podium-earned performances in almost every category. 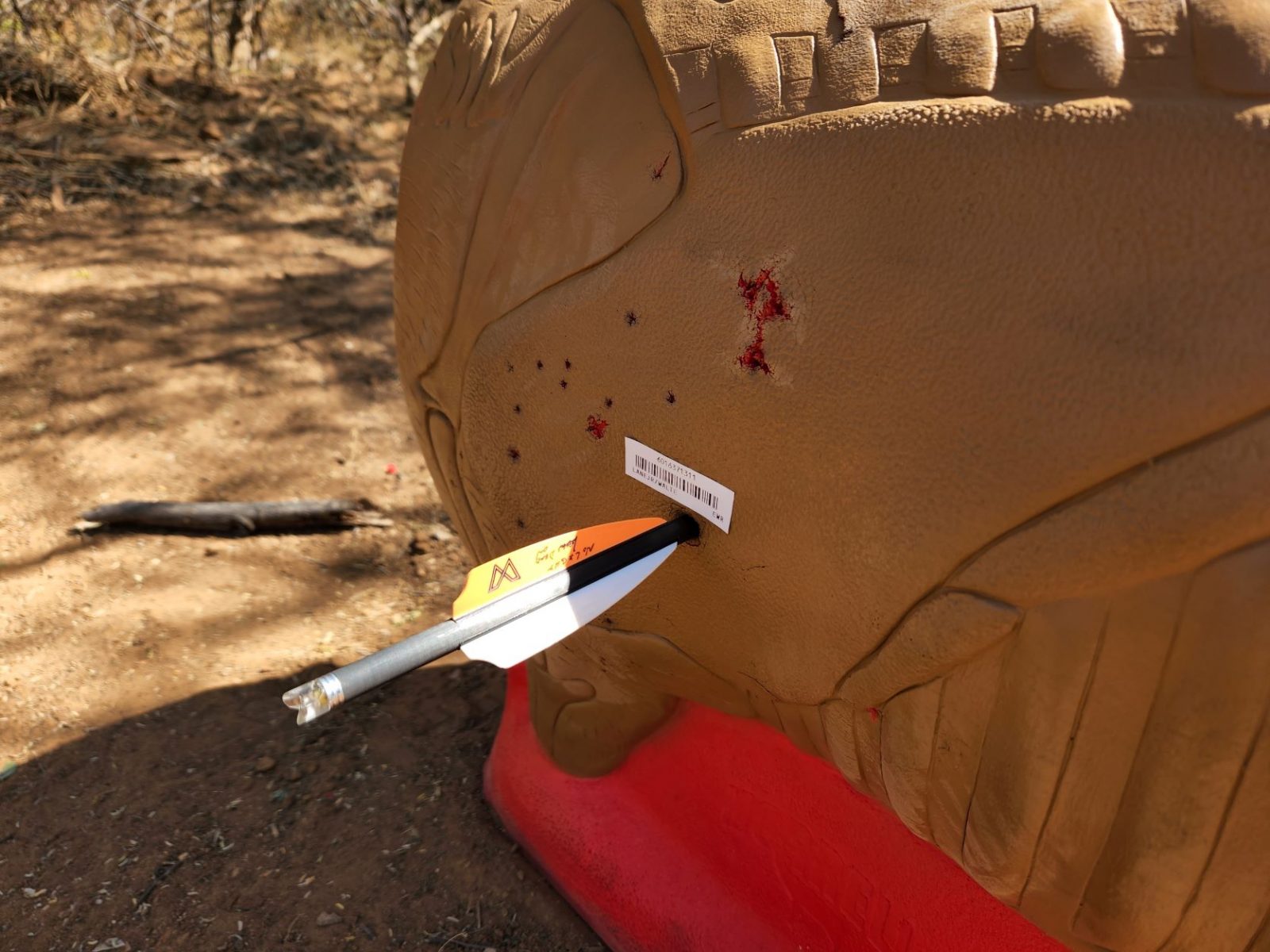 I helped Lane test the zero on his Mission in camp, setting up a Morrell target at 30 yards with a tiny mailing label as an aiming point.  He shot from the standing position, and I pulled the arrow, “You missed… by ¼ inch,” I laughed.

The Mission Sub1XR is rated at 425 fps, which isn’t as fast as the fastest bows, yet  it delivers all the power any North American hunter needs.  Lane faced numerous shots like this one where exact shop placement and animal angle were critical. 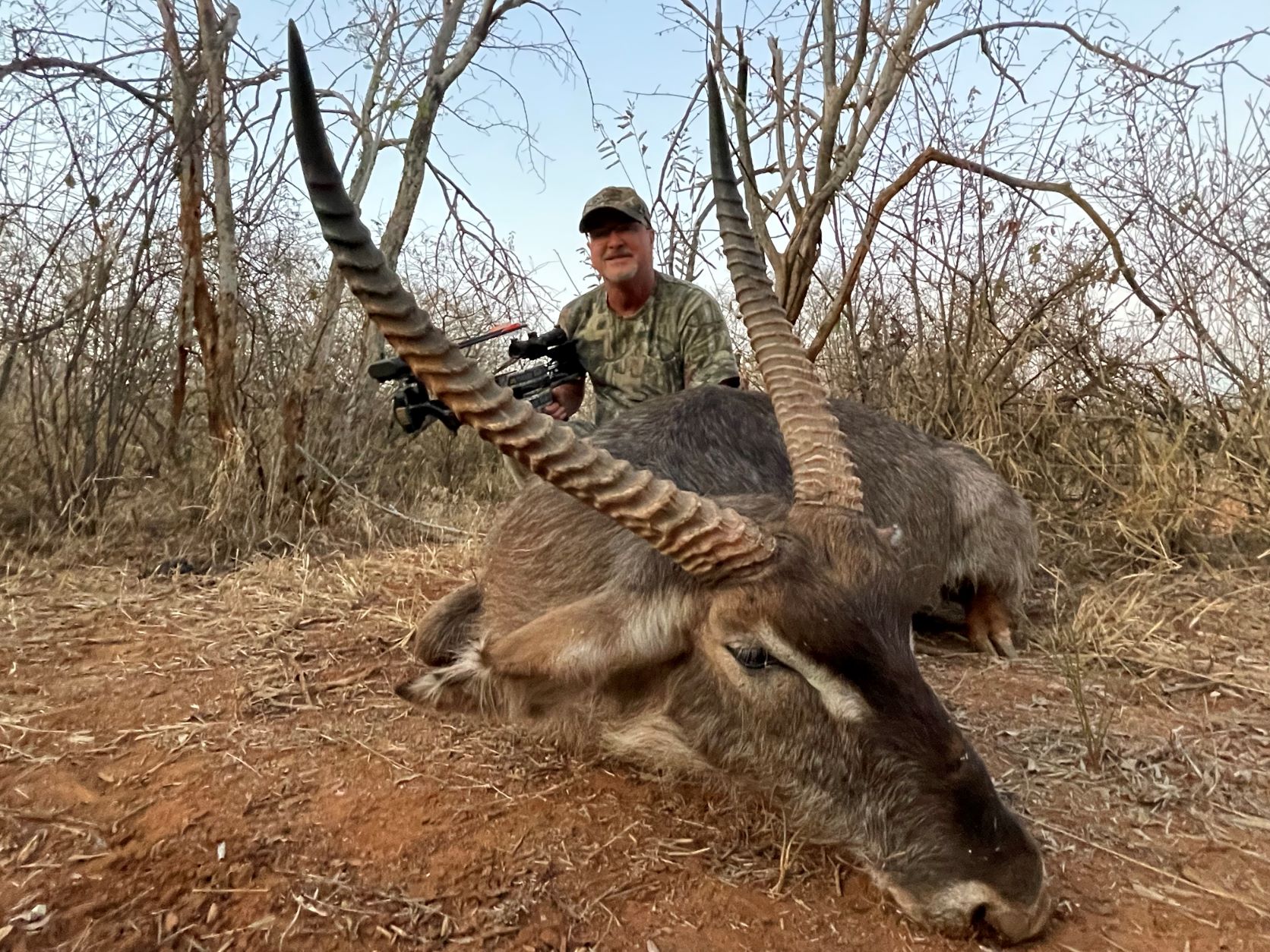 Whoa! What a Waterbuck-

Tops on Lane’s list was a waterbuck, and this management species came to drink.  It was so mature that it was post-breeding and earned a discount to help manage the herd. 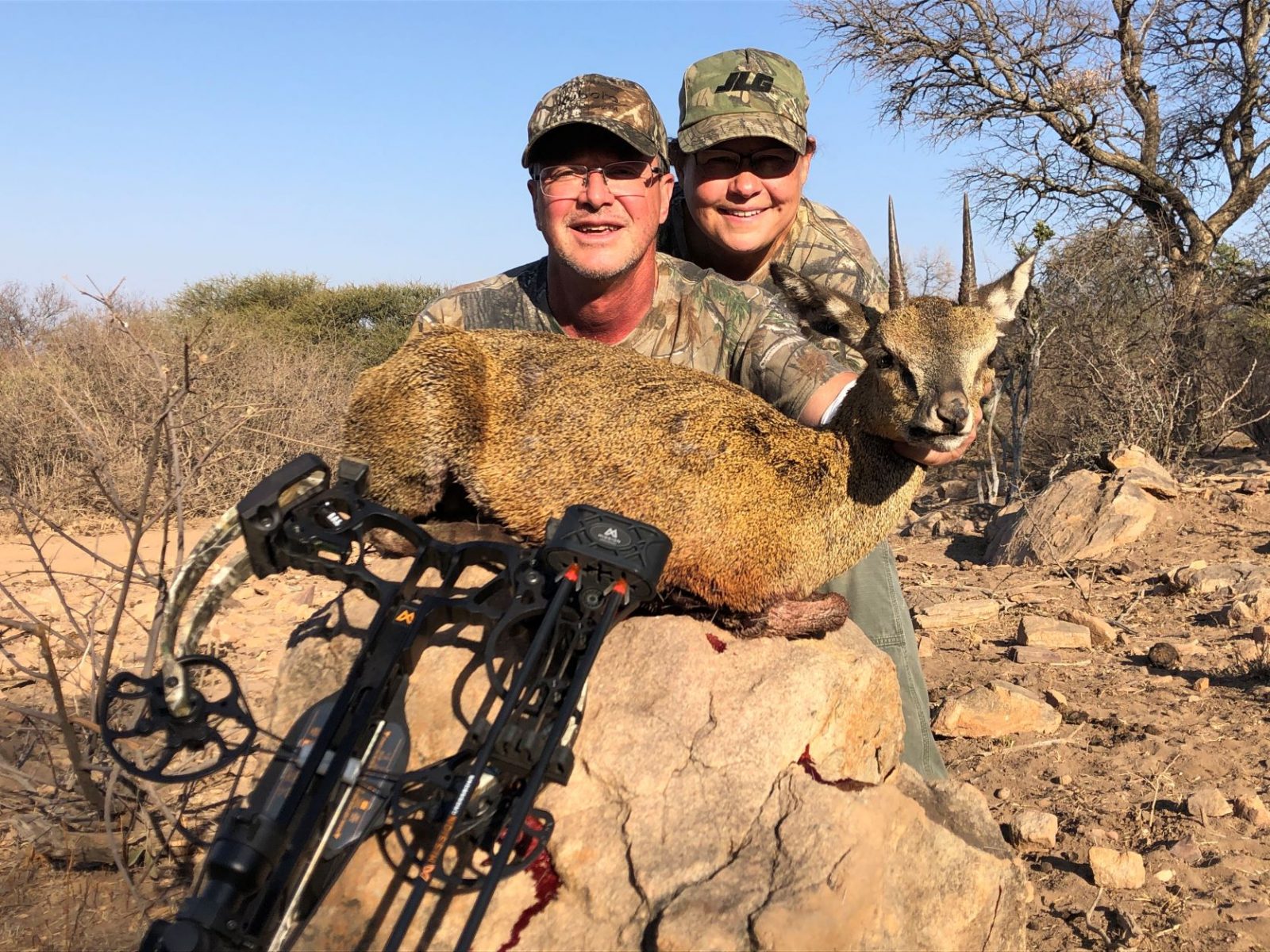 The Klipspringer is one of the most unique antelope in Africa and this small target takes a precise aim.  Note all antelope are “spikes” with no branched horns. 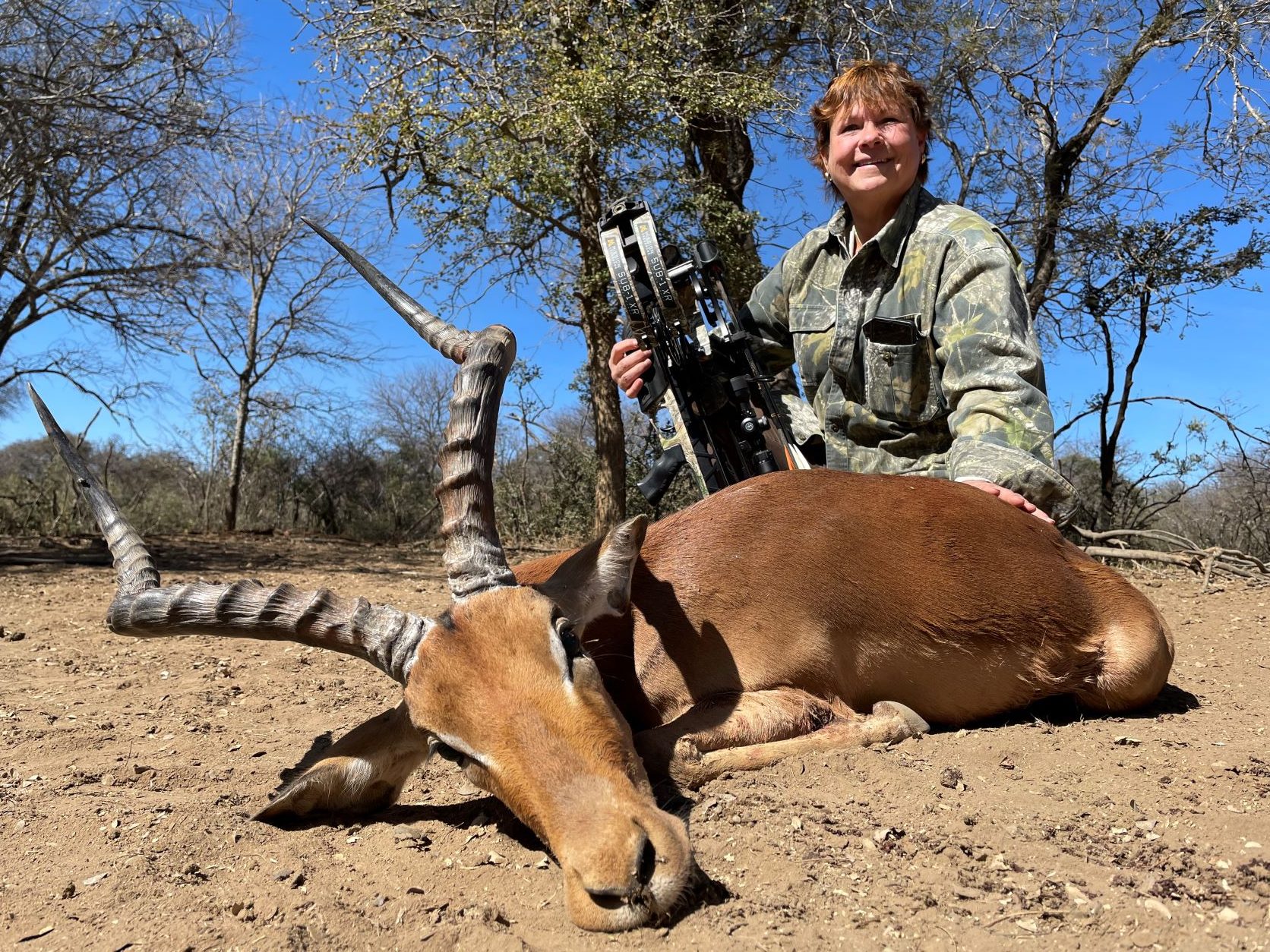 The Sub1 was so easy to shoot that Walt’s wife asked to take a shot.  When this big impala came to drink, Krista squeezed the trigger and shot the trophy right behind the shoulder. 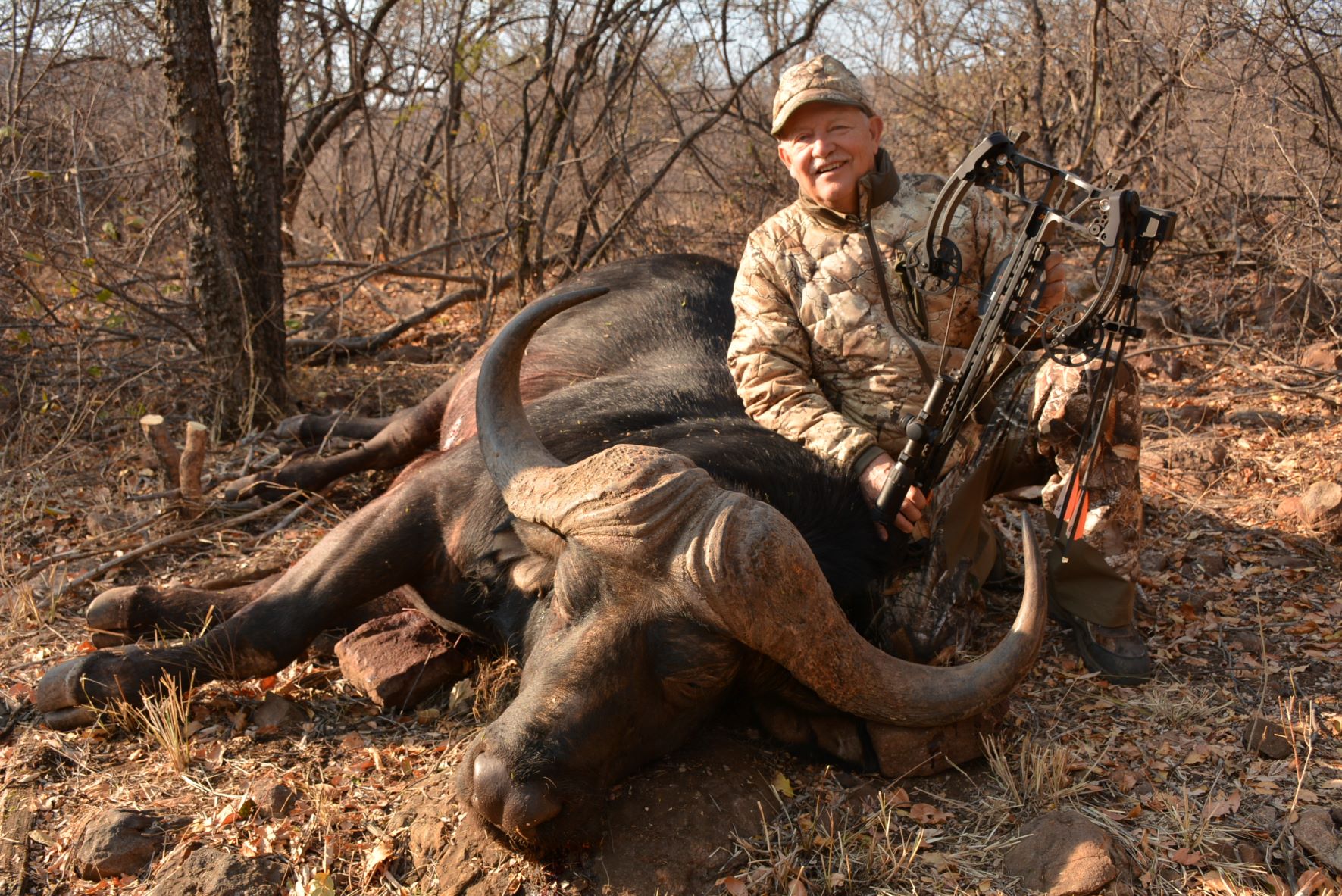 I used the Sub1 to take a Cape buffalo in 2016.  I took a frontal shot, and the arrow opened the buffalo like a can of beans.  The blood loss was the size of a pool table. 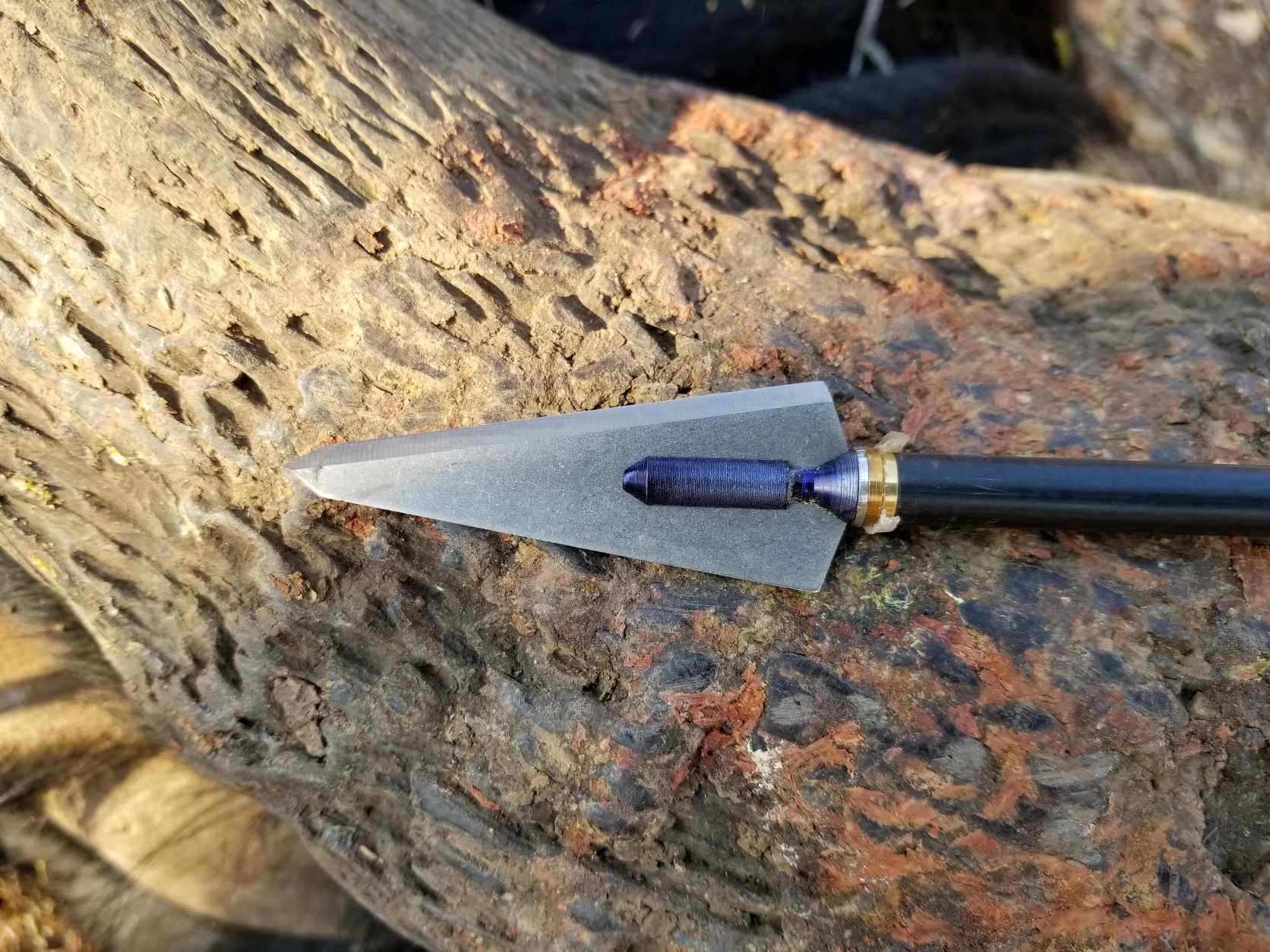 The Sub1 cocks with a rope can be uncocked at the push of a button and can shoot heavy arrows with dangerous-game broadheads like this 225-grain Phat Head. These are the sharpest broadheads I’ve ever used.  Check out the Sub1 Models at MissionCrossbows.com

The Debate About Arrow Weight