by Joe Byers
in Bowhunting Articles, Bowhunting Posts, Crossbows, Deer
1 0
A A
0 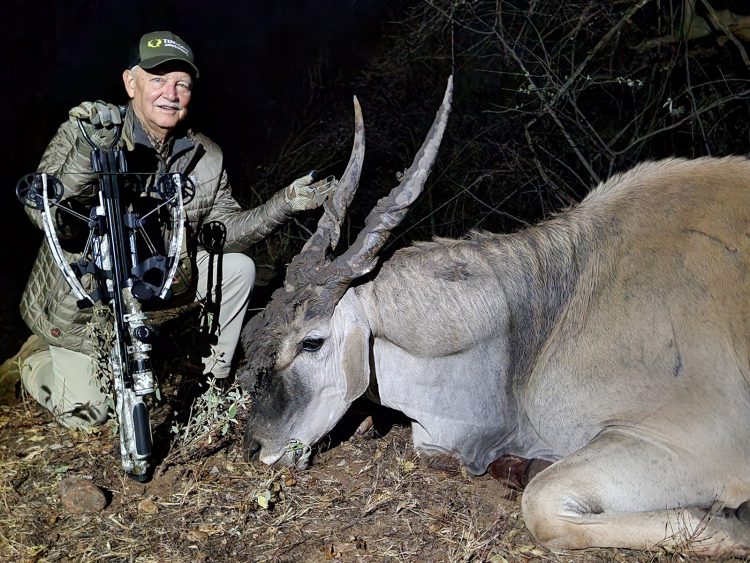 This giant, one-ton Livingston eland fell to a single arrow from a TenPoint 505.

Greater speed means greater impact resulting in complete penetration. Animals with an entrance and exit wound are much easier to trail and recover. Secondly, the faster the arrow the less likely an animal is to “duck” a shaft. “Jumping-the-string” is a common problem among compound shooters, yet a sizzling arrow catches them before they can react.

Finally, the speed slows gravity… kind of. All objects fall at the same rate, yet a faster arrow drops fewer inches as speed increases. The flatter the trajectory, the more forgiving an error in distance estimation.

If you want a fast bow, I mean screaming fast, check out these three below: 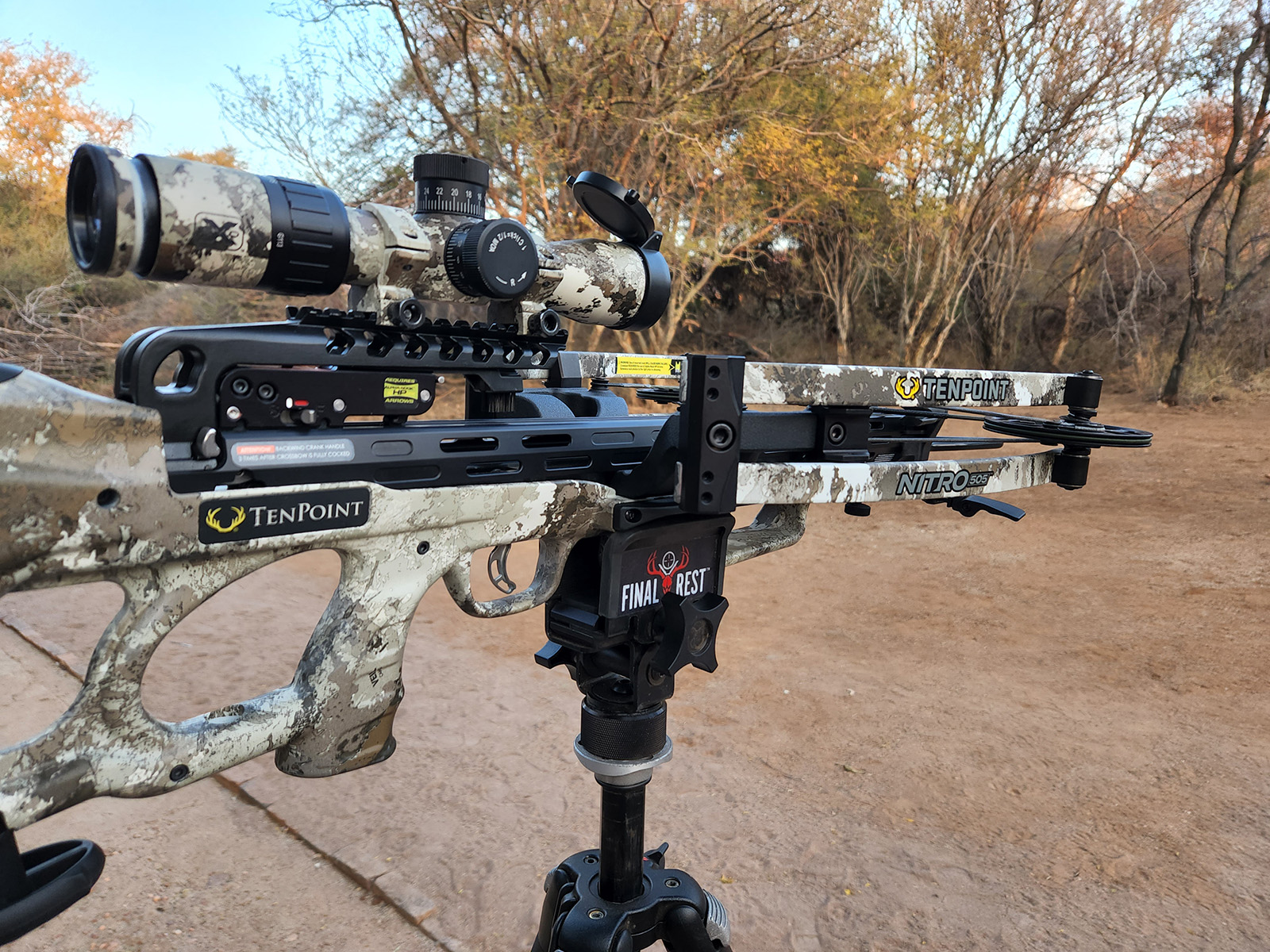 The 505 frequently tests between 510 and 517 fps shooting a 400-grain arrow. I just spent a week hunting in Africa with the Nitro 505 and found it as easy to use as it is fast. The Acuslide cocking and decocking system loads the bow with the turn of a crank that nest in the stock so you can’t forget it.

It un-cocks with the push of a button to silently unwind the power stroke. The trigger box clicks when attached to the string and again when engaging the safety. For safety, all TenPoints come standard with a zero creep, two-stage, 3.5- pound trigger which helps assure that this beast won’t fire accidentally or prematurely.

I opted for the Evo-X Marksman scope with target turrets for toolless adjusting, but the Nitro also comes with a Garmin Zero or Burris Oracle X rangefinding scope. With the push of a button, these scopes provide the exact range to a target and provide an aiming dot for that distance. If you’ve never tried a rangefinding scope, it will amaze you. https://TenPointcrossbows.com 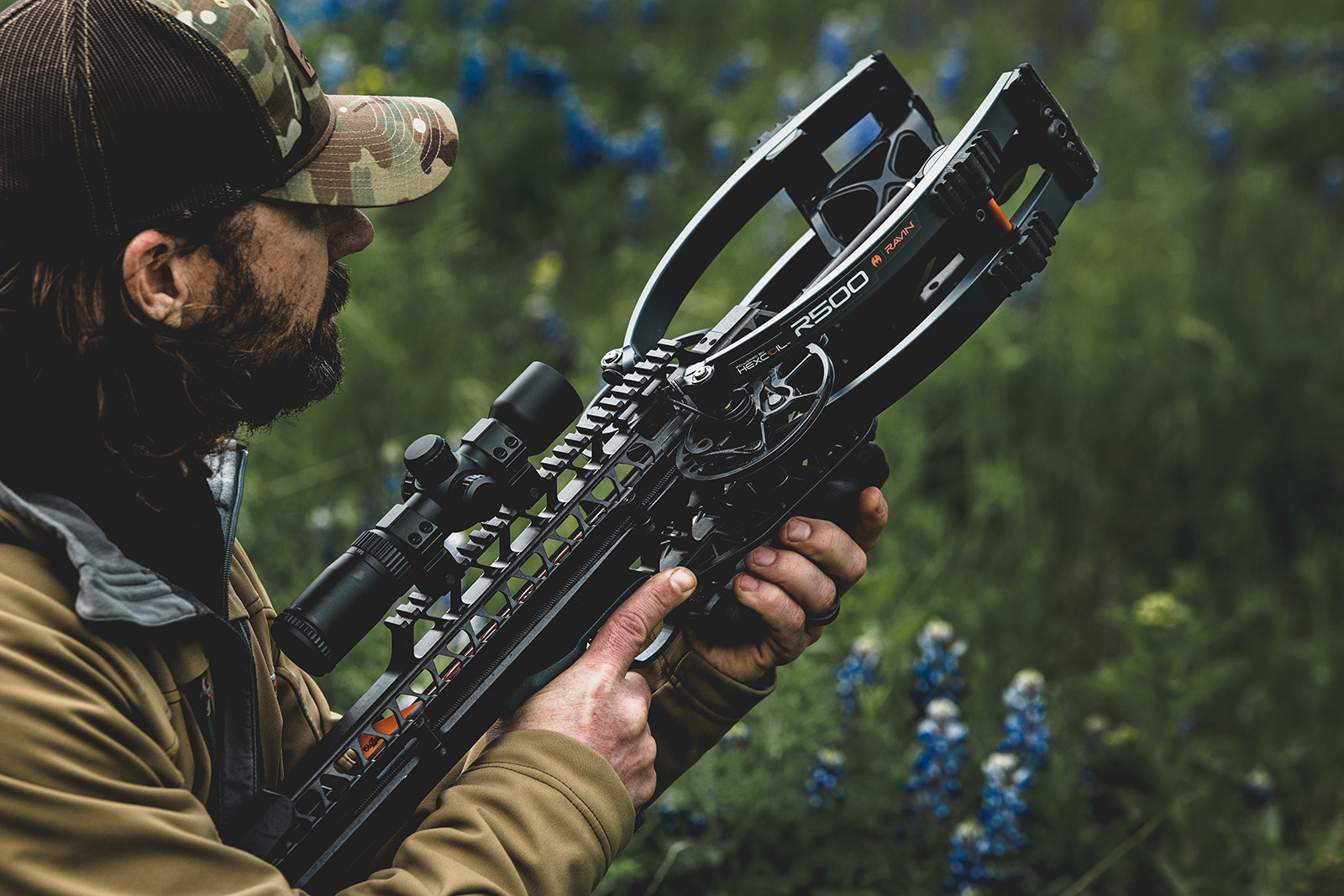 Ravin revolutionized the crossbow market first introduced commercially in 2016. The previous fall, six R9 models were available, and I borrowed one of them for a hunt in South Dakota where I took my biggest archery buck. The narrow form and function of its HeliCoil technology changed the industry.

The R500 comes in four models, two of which are on order for fall introduction. Features include a completely silent cocking system that can be reversed at any time. The R500 launches a free-floating arrow. After pushing the arrow into the trigger box and hearing a “click” you know the arrow is nocked. Upon launch, the arrow flies above the rail eliminating friction for more consistent accuracy and increased string and cable life.

The R500 has an adjustable cheek pad and buttstock, critical elements in a hunting environment. From a bench, most crossbow fire accurately, yet when you are in a tree stand or stalking, the feel and fit of the bow to your body have a great impact on accuracy and your eventual hunting success. https://Ravincrossbows.com

Rated at 470 fps with a 370-grain arrow, this speed rating isn’t quite apples to apples because TenPoint and Ravin post their speeds using 400-grain arrows. At one time, Scorpyd was “the fastest crossbow in the world” thanks to its Reverse Draw Technology. In 2021 the Tremor featured a medium let-off cam which made it easier to cock and included a lighter trigger pull. 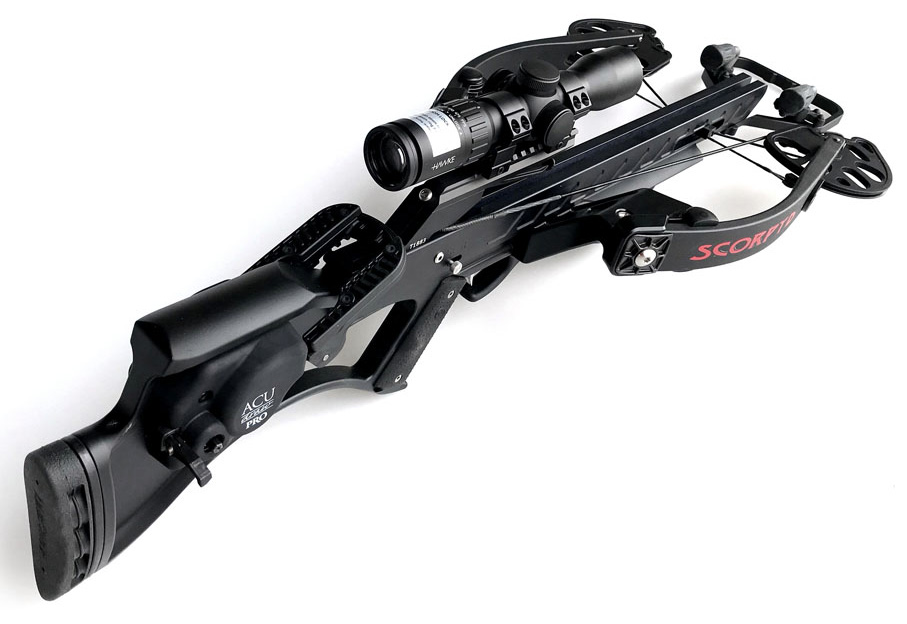 Scorpyd bows feature adjustable triggers, unique to the market. The Tremor cocks with a rope and draws its power from Reverse Draw Technology which increases power but does not match Ravin or TenPoint with a slender silhouette. The Scorpyd website has not been updated for 2022 because no new products have been added. https://Scorpyd.com 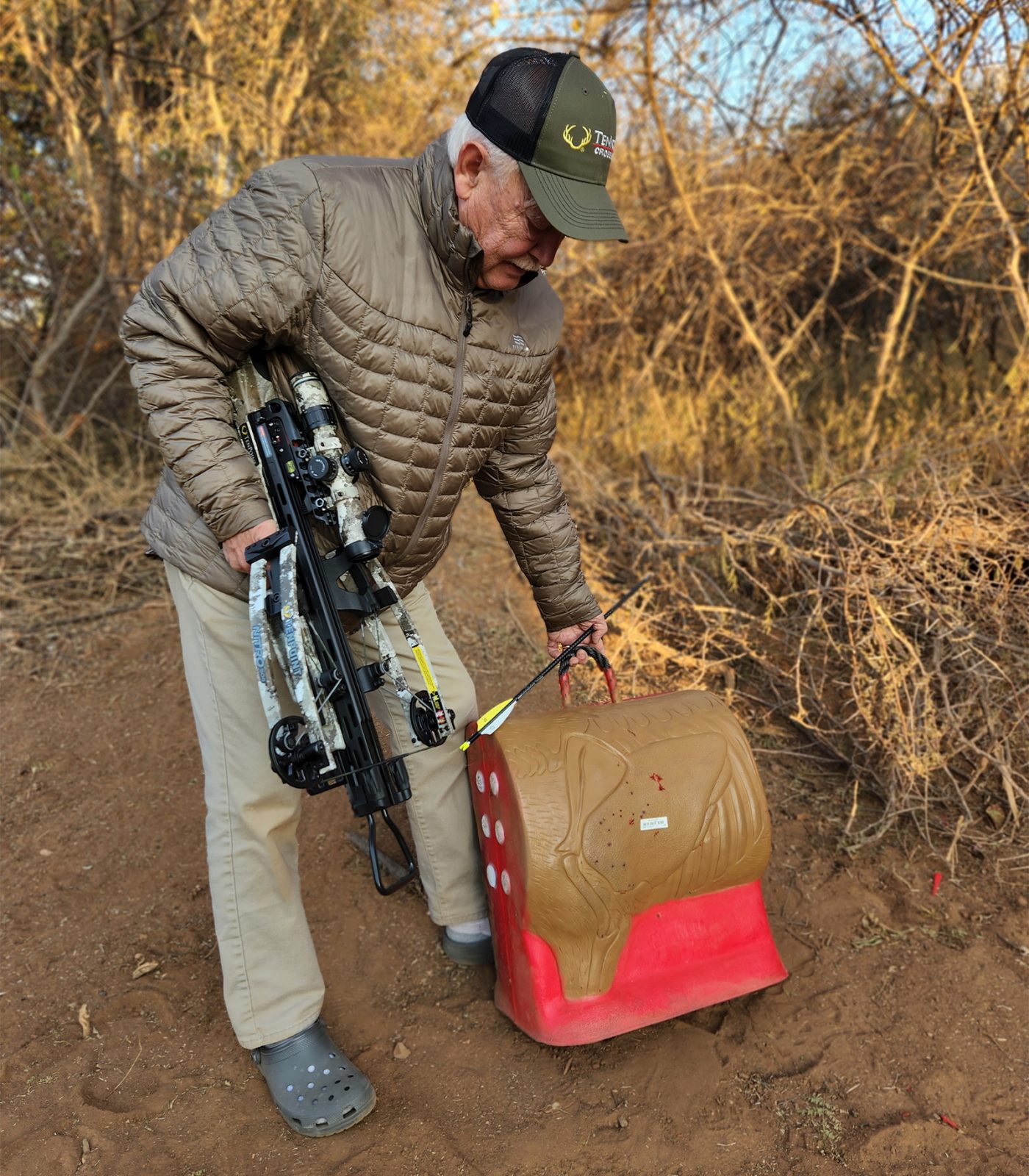 The Price Paid for Speed

I used a Morrell Back-to-Back target on my safari, and it handled the Nitro 505 well. A case is another necessity. Speed bows require close attention to detail. Great vibration comes with speed, and you will want to inspect and protect your investment. 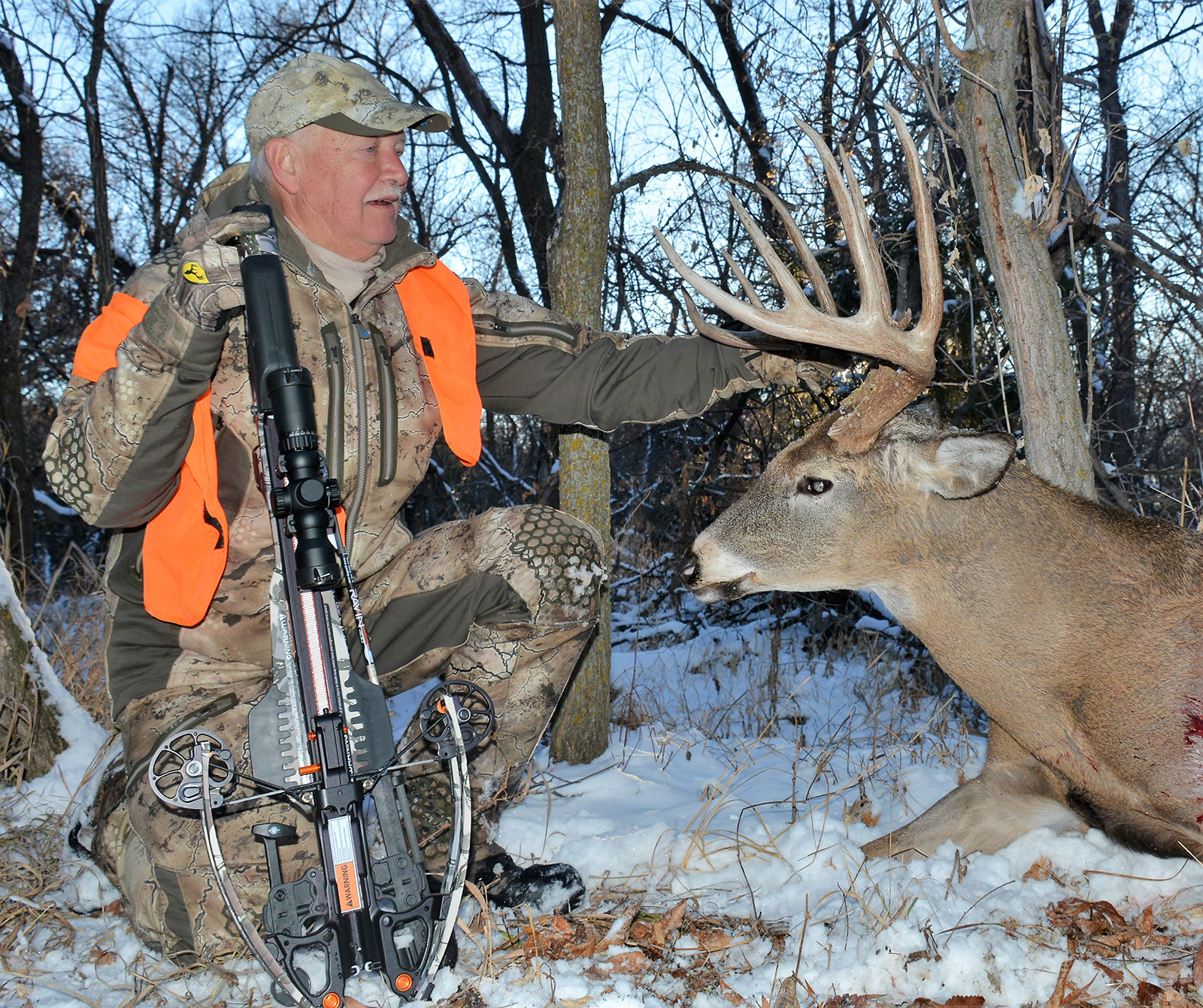