Whitetails Are Remarkable Game Animals In Finland. In 1938 Seven Deer Were Imported To Finland. Today The Population Is 100,000. 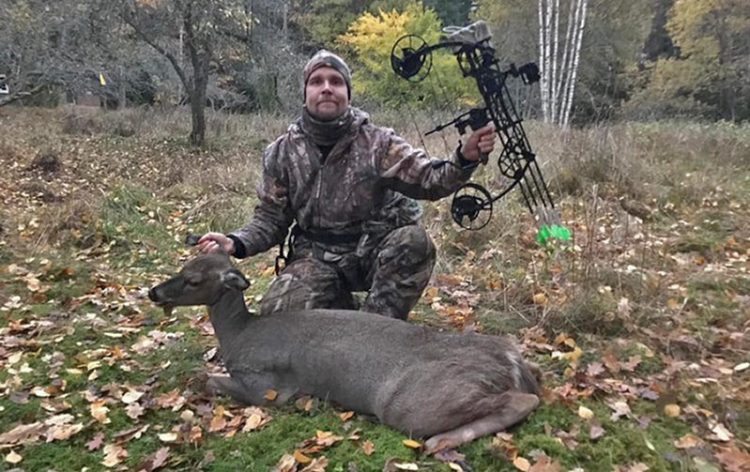 Whitetail deer were imported to Finland from the USA in 1934 and 1948 with seven animals, according to Gearhead Archery fan and whitetail deer hunter Esa Skogstrom of Finland. And the whitetail population has expanded to over 100,000. The animals have succeeded very well in Finnish nature.

“Now whitetails are remarkable game animals in Finland,” Skogstrom said.  “The first were imported from Virginia to a fenced area, but in 1938, but they escaped from the fenced area. That was the beginning of free-range whitetails in Finland.”

Although the population started to grow in the forests people were concerned about inbreeding.

Skogstrom sent in this photo from a throwback moment on the Gearhead Archery website when he harvested his first whitetail with a GearHead B20 Bow in 2019.  He’s harvested several more deer since then.

Is Being In The Woods Good?

Stalking A Buck In The Sunflowers