Day #1 In The Deer Woods With The Edge, Will Deer Show Up? 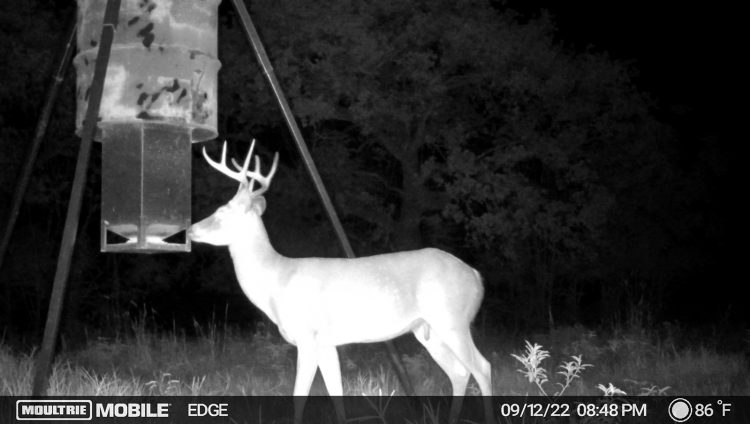 I had purchased two EDGE Game Cameras and I placed the second one late Sept 11 where it could watch my Pellet Feeder. I pulled the feeder plug that activated the pellets to drop into the feeding pellet tray.

Later, I received a Notification that a picture was taken at 6:54am. However, I was sleeping soundly. 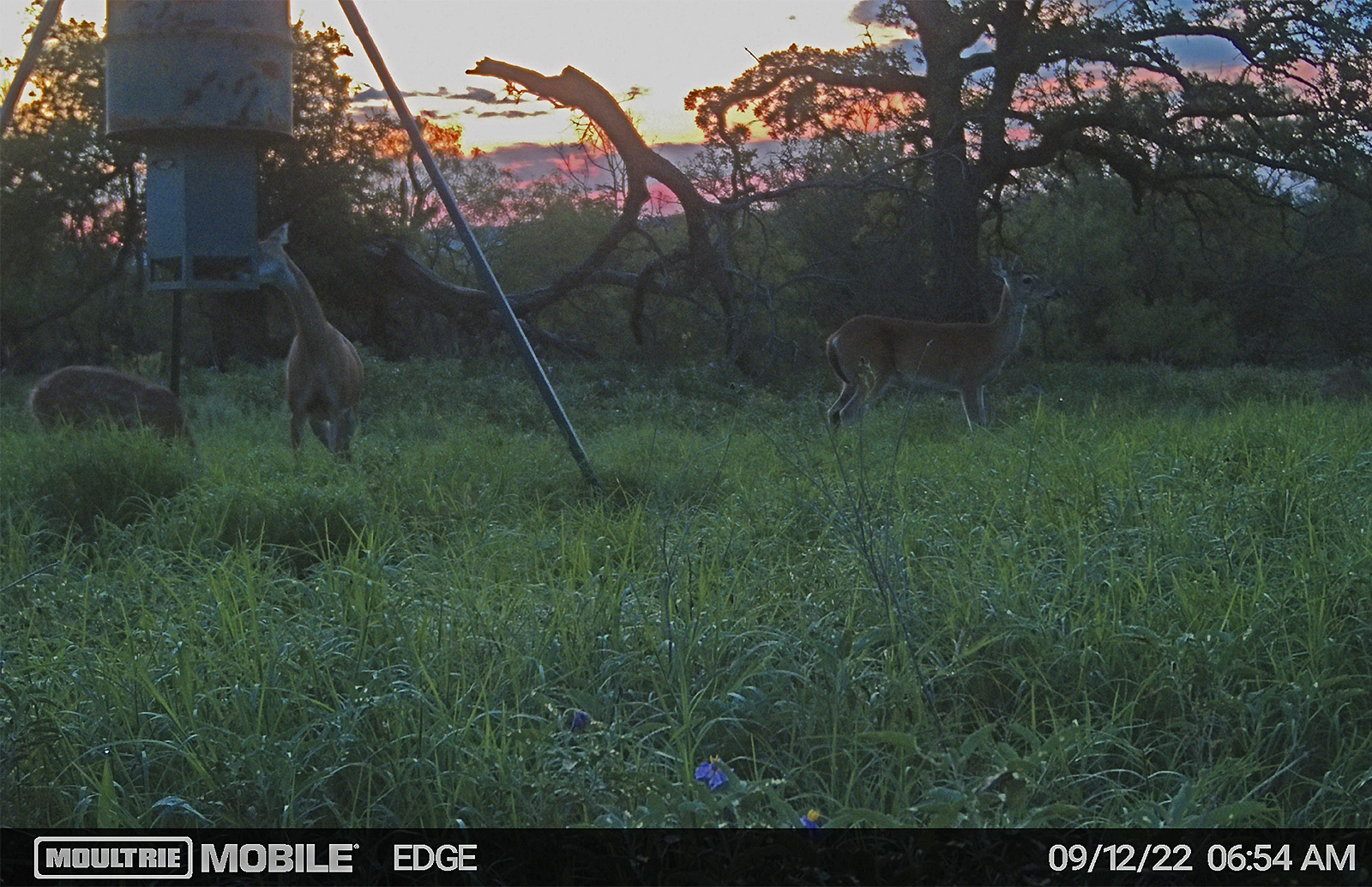 I had also slept through a few more pictures. Like the buck below at 12:13am on the 12th. He is nice and wide but we can’t see his tines too good. And there are two more deer in the picture but they are at least 50 yards or further away. 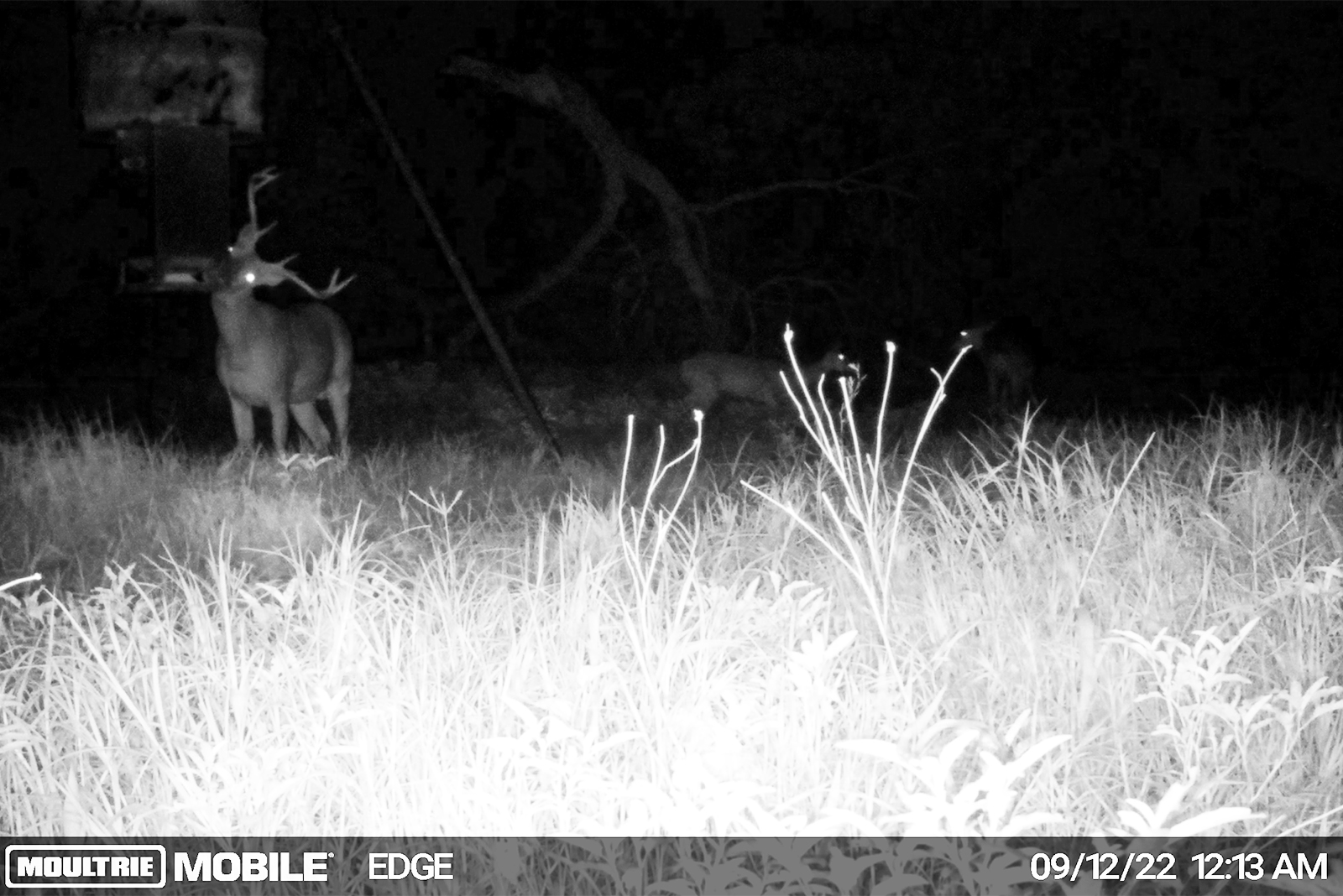 The next picture has two deer back in the trees and a racoon has come up. 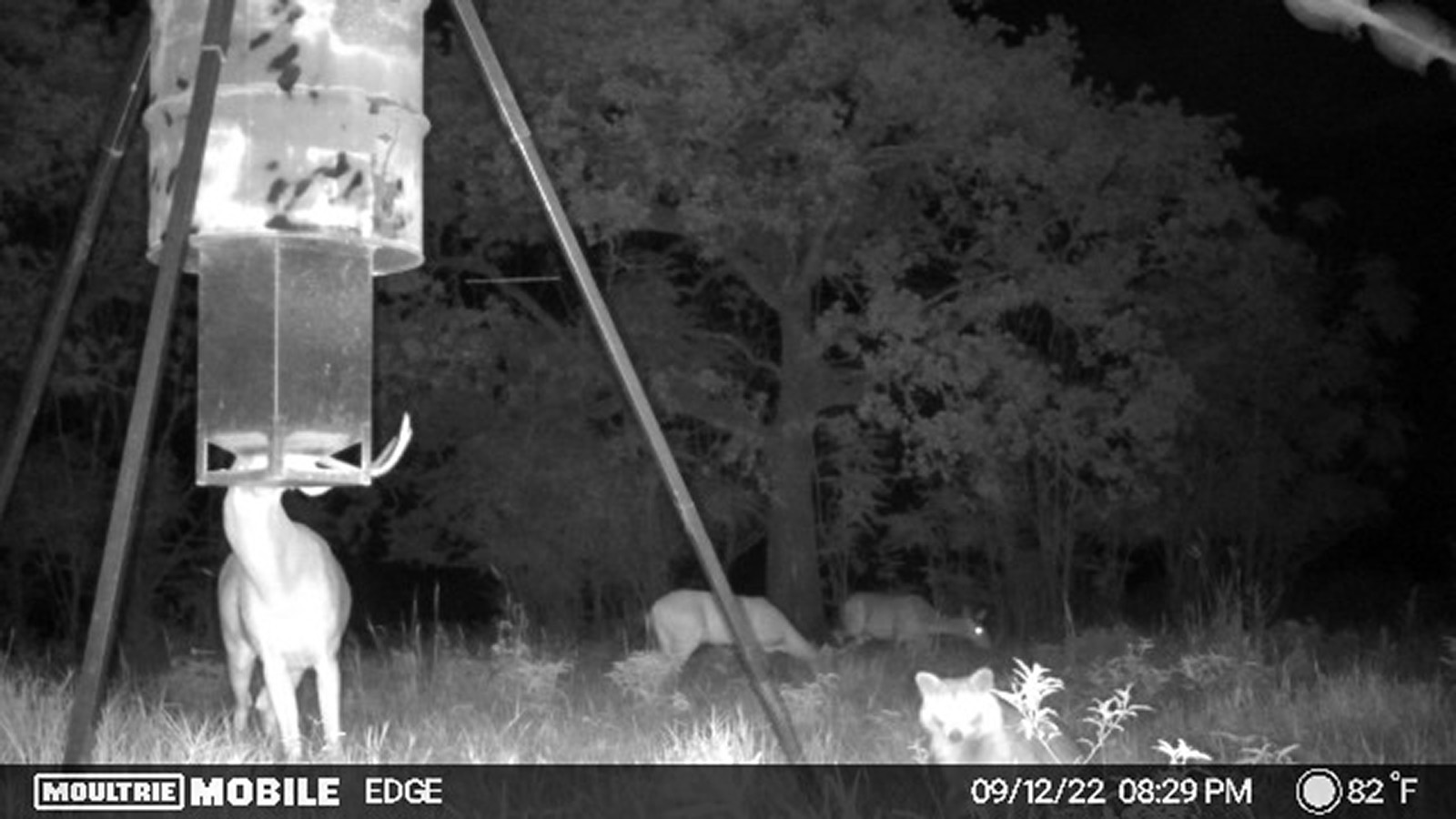 At 8:48pm an 8-pointer has approached the protein feeder and is licking up pellets. 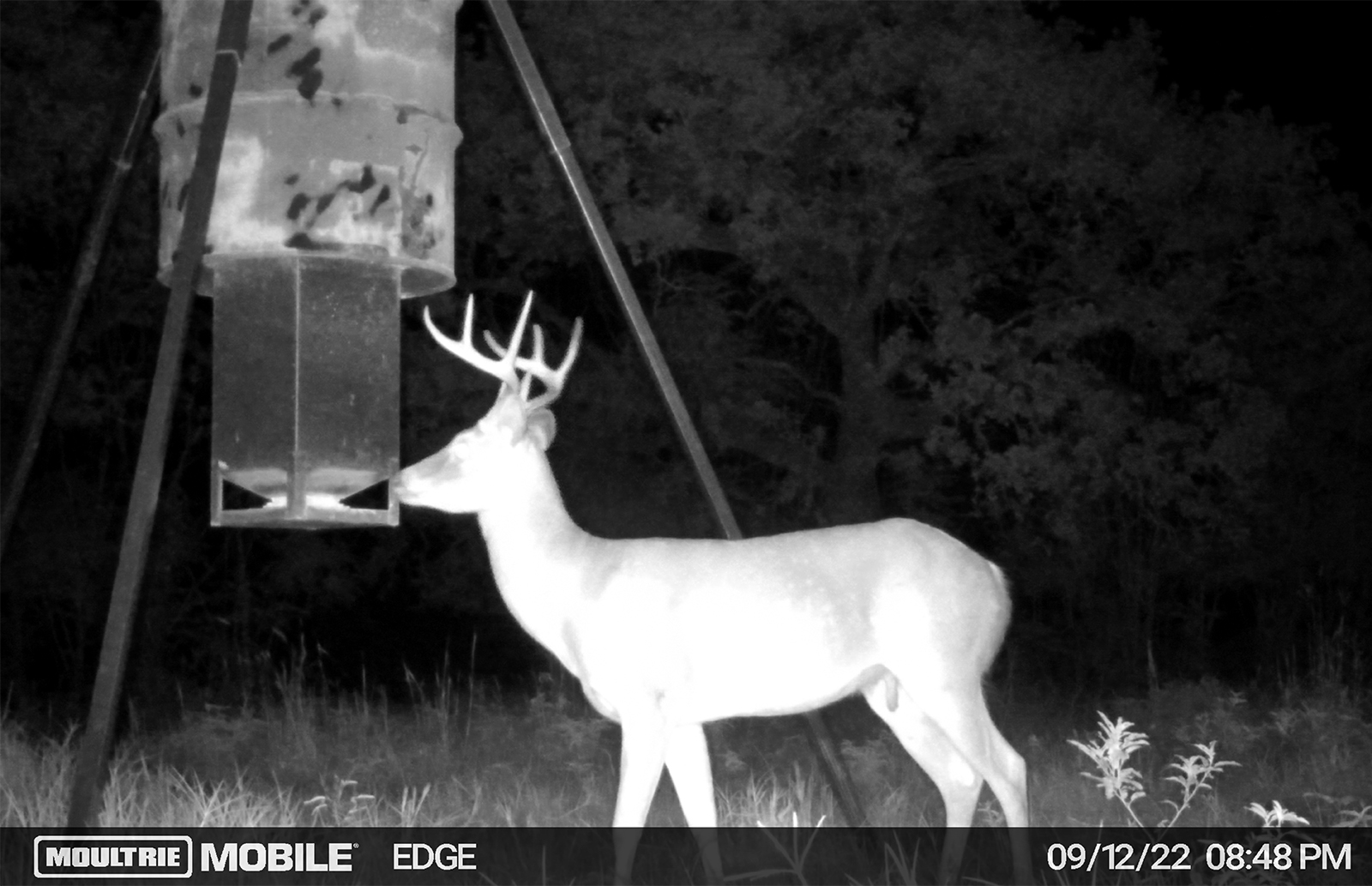 At 9:05pm a buck, possibly the same one, has figured out how to poke his snout over to the pellets. And 3 other deer are picking up pellets that have scattered around under the feeder. 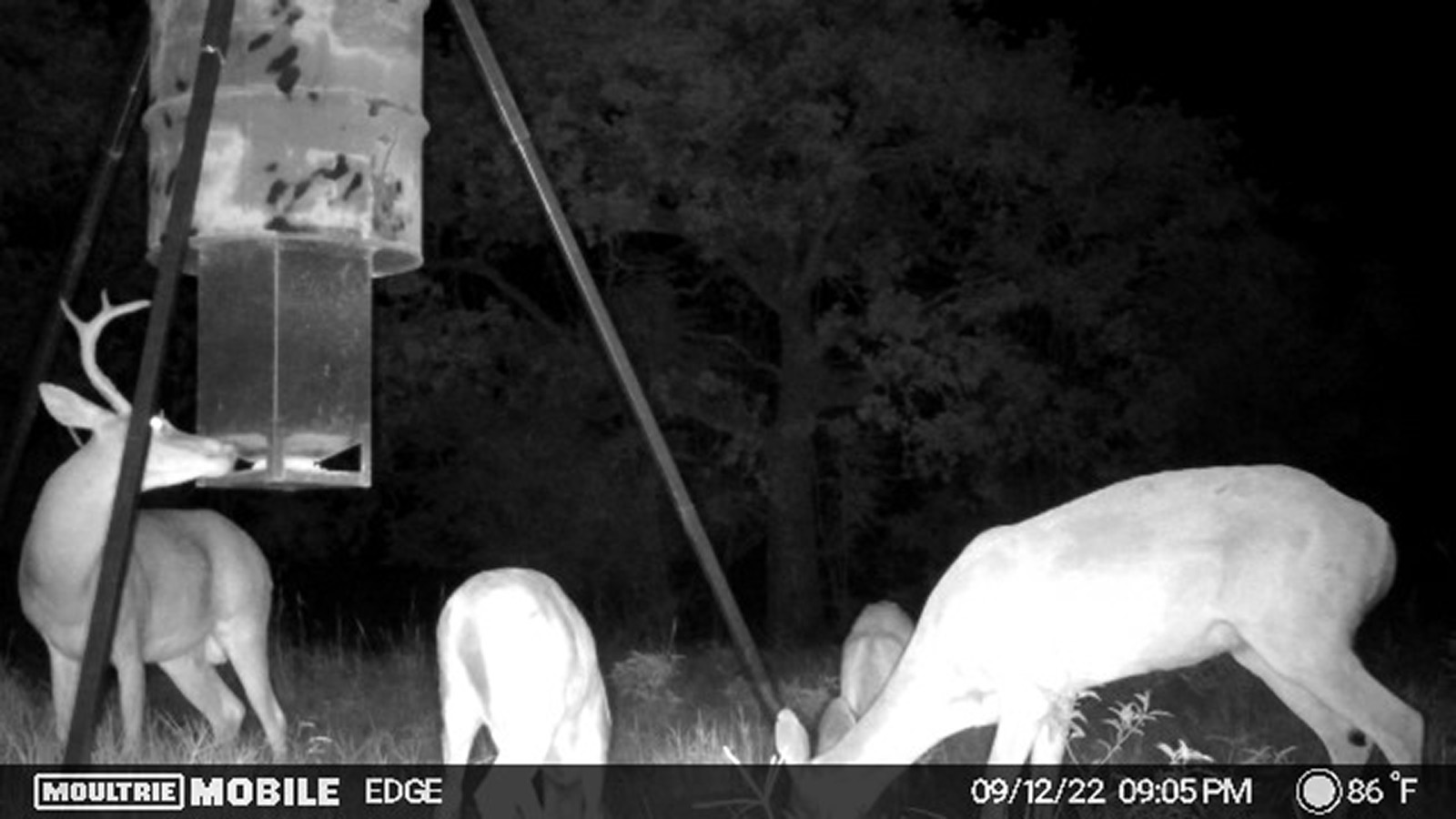 At 9:07pm we get the last picture of this group. 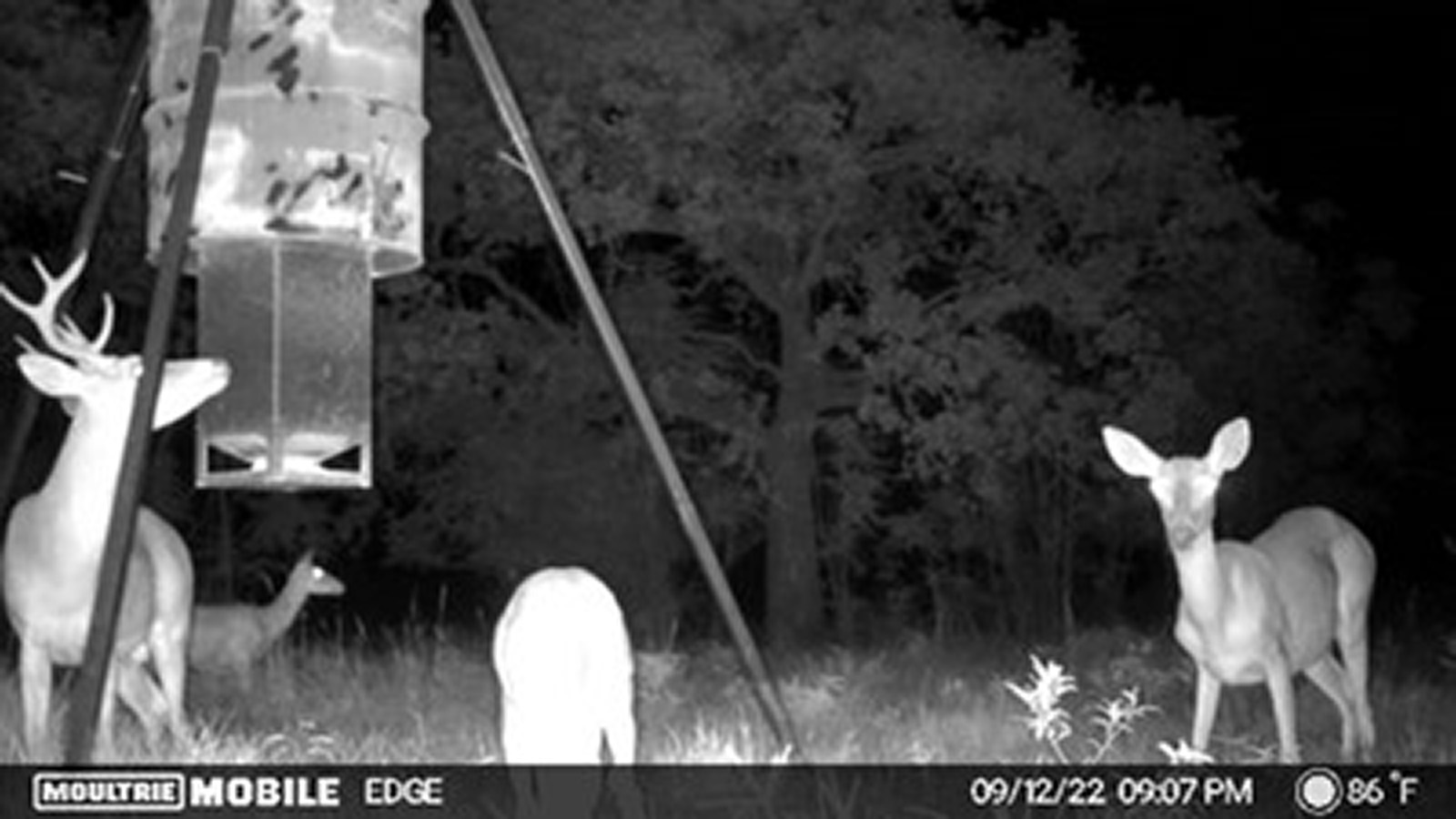 Actually, the EDGE took 97 pictures. That racoon called in his buddies and they tried unsuccessfully to get up to the narrow pellet feeding tray opening. However, based on past experience some of them will figure it out.

Got The Pic. Now, Can I Get The Watering Doe Close Up?

Crossbow Bulls- Why Wyoming is Your Best Bet

How Do We Spook Mature Bucks?