Looking For This Year’s Bucks, Pt #1 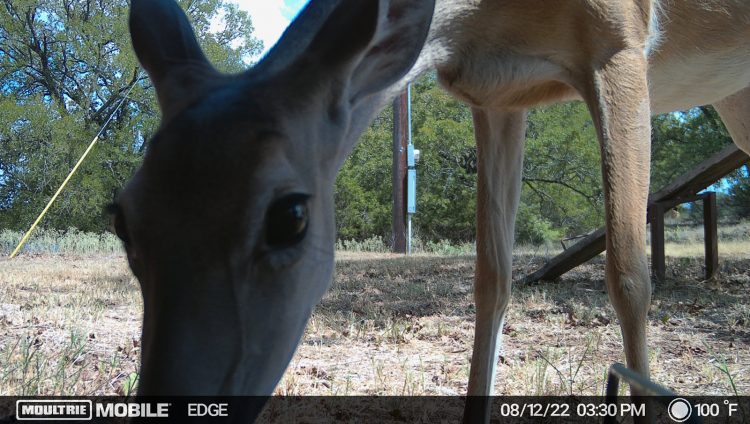 I started using Game/Trail Cameras way back in the last half of the 90’s. The first ones took pictures on 35mm film and you had to use magnets to activate them. The pictures were good but limited to the particular role of film you used. And the magnetic deal only worked part of the time, which definitely was not a positive feature.

Last year I put out a dozen SpyPoint cellular cameras. Ok, you might be wondering how they did. To parse the answer down to one word … they Sucked.

Why? First, the pictures were blurry. The color was imprecise. The Instructions were not easy to understand. And set-up was confusing. Hmmm, troublesome to use and lousy pictures; they’re not gonna get me twice.

A couple of guys on my deer lease got their cellular pictures on Bushnell and Moultrie and their pictures were good. I pulled their websites up on my browser and read all about them. Then I bought one Moultrie Mobile camera called the EDGE. This time, before buying more I wanted to check one out.

The Moultriemobile.com website had a How To Video to set the camera up. It said ‘EDGE: Just Turn It On And Go.’ Frankly, to borrow a line from Buddy Holly, I thought, “That’ll Be The Day.”

As suggested, I installed the Moultrie-Mobile App on my iPhone and inserted AA Lithium batteries in the EDGE, and went outside. Because of the drought deer come up to my house at night and drink my mouser cat’s water. Or that’s what I thought. I turned the EDGE On and set the unit down where it could take a picture of what came to the water tonight.

Precisely at 3:30pm My iPhone received a Notification from my EDGE. I clicked on it and promptly saw the picture above. The picture, as you can see, is pretty darn good too.

Wow, I was inside the house and a Doe was outside drinking the cats’ water, right now, during the daylight.

The picture was detailed and color correct. I popped over to Amazon.com and purchased 5 more EDGE cameras. Two days later UPS delivered them.

The Deer Woods Reacts To Our Rain Spell