Middle Of The Month of September

Lots of changes happening in the deer woods in September. Check This Out. 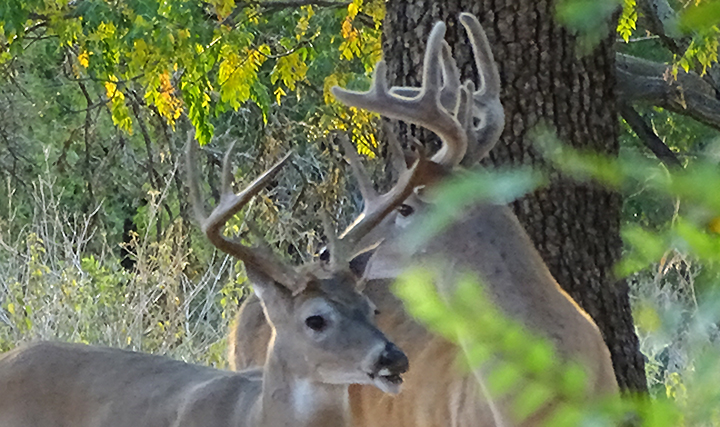 A Visual Overview Of The Deer Woods In Mid September.

Hard Antlers and Velvet. Around here we have some of both in the whitetail buck world. The buck in the picture below has his hard antlers for 2017, there is no more growth for him, only the possibilities of changes in antler color. Some buck’s antlers will become almost white. Others will be chocolate brown. And many will be in between. 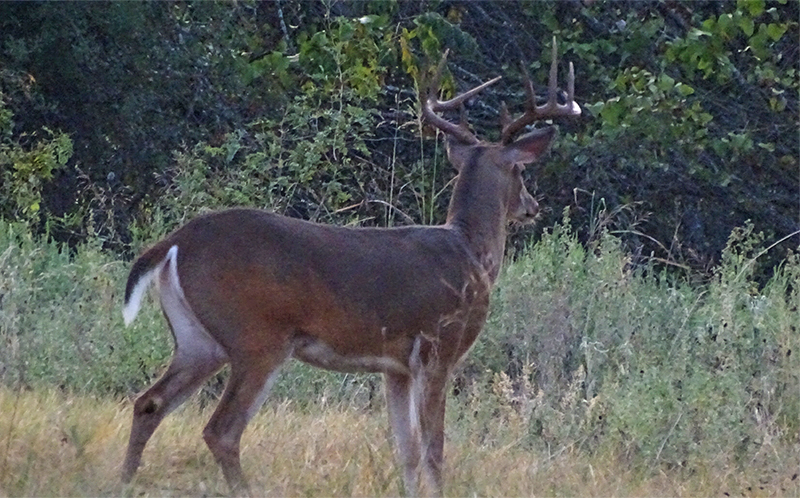 Down below we have a buck that’s still in velvet but he is in for the big change. Right now his velvet has constricted tightly around the hard antler and on the left antler there is a lighter colored streak where the hard antler is showing through. 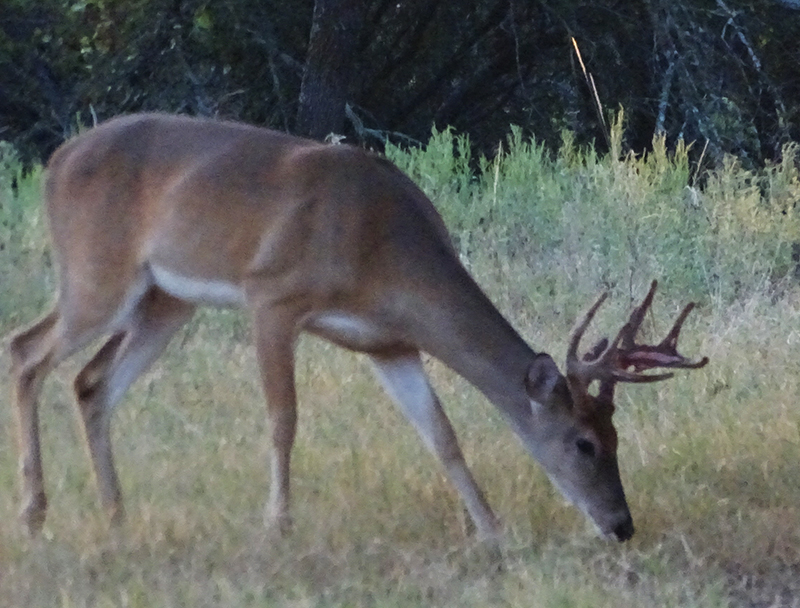 And below we have a buck with hard antlers and the other buck is the one that is ready to lose his velvet. 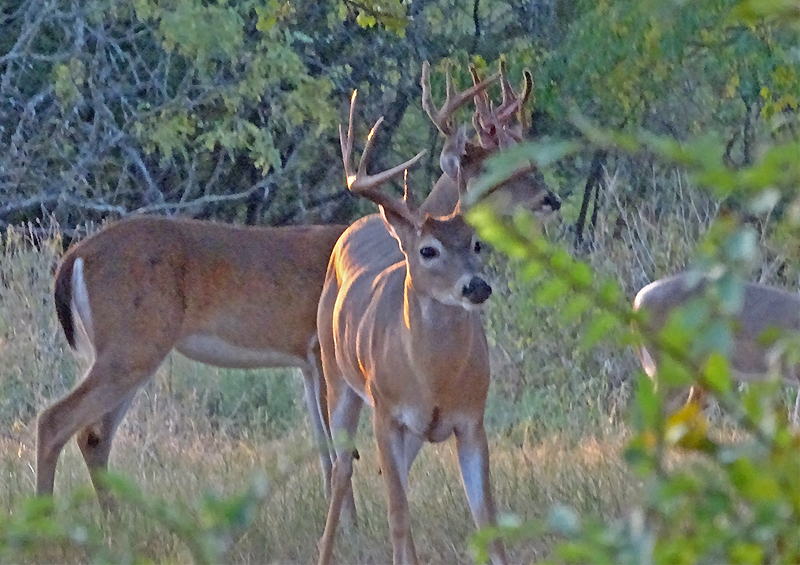 Bucks are anxious for what’s ahead, they are one step away from the very first of the rut. The buck in the bottom right of the picture is still in velvet. 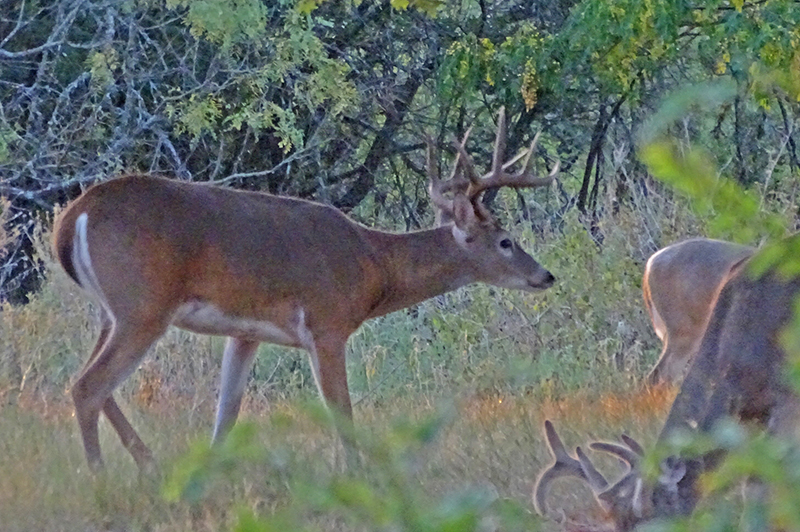 And here are two year and a half bucks (yearlings). One still has his velvet and the one on the right has his very first set of hard antlers. 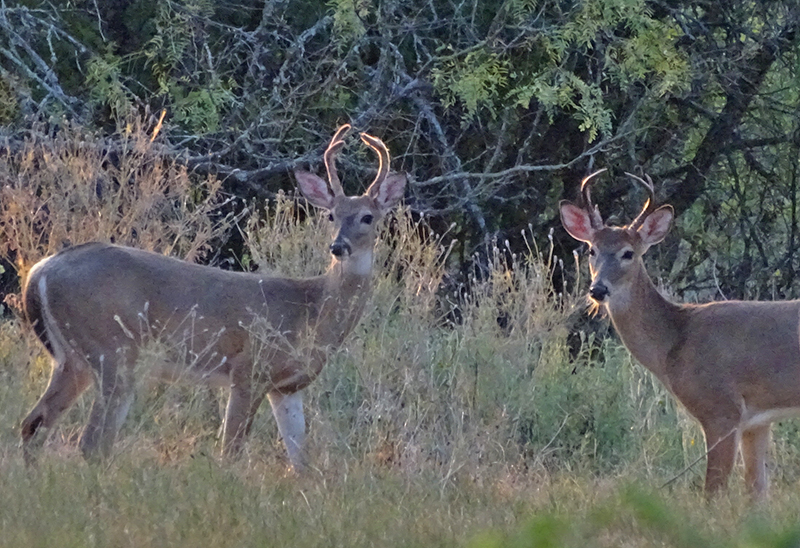 I zoomed in closer so you could see these two bucks better. As an aside, there is a definite attitudinal difference in these two bucks. The one in velvet is very aggressive. Velvet or not, he is already a fighter. He challenges other bucks and has had a handful of confrontations with bucks his size as well as bucks that are larger and older than him.

On the other hand, while the hard antler buck shows interest in other bucks and has challenged a few does, they will have nothing to do with him and some does have kicked him and ran him away. 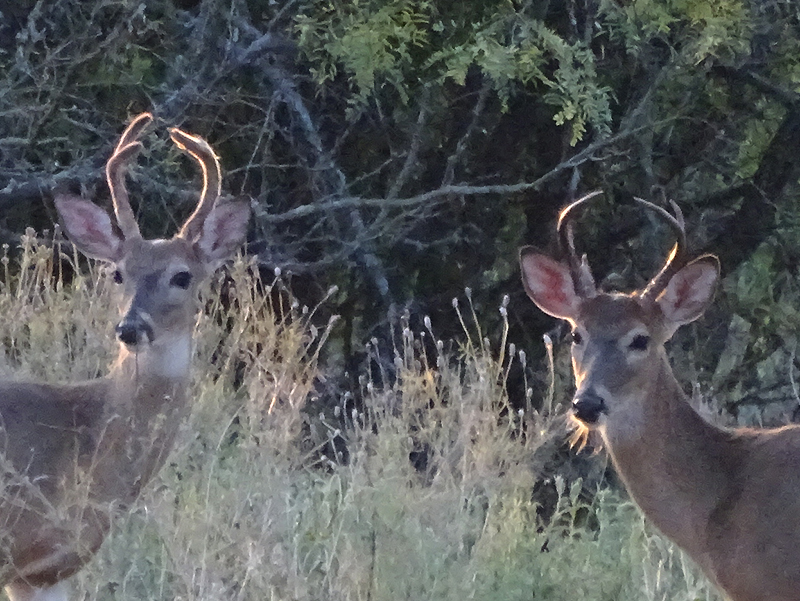 Here is a hard antlered buck that came into the area by himself, he’s on the prowl; but there’s nobody to prowl with, yet. 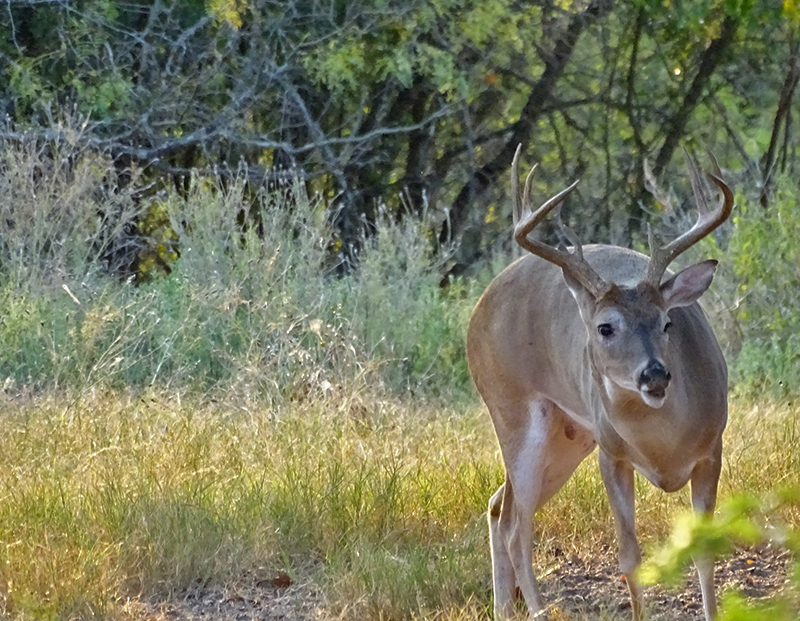 The pot bellied buck below is still in velvet. 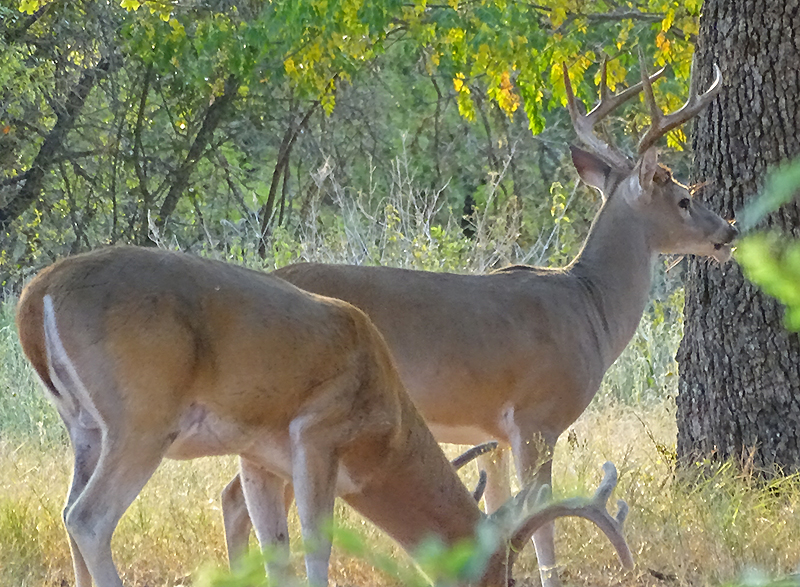 Ahh haa, this is the buck we call Double Finger because of his two finger looking protuberances on his main beams, one sticking out of each antler. As you can see, he is busy packing on the weight. 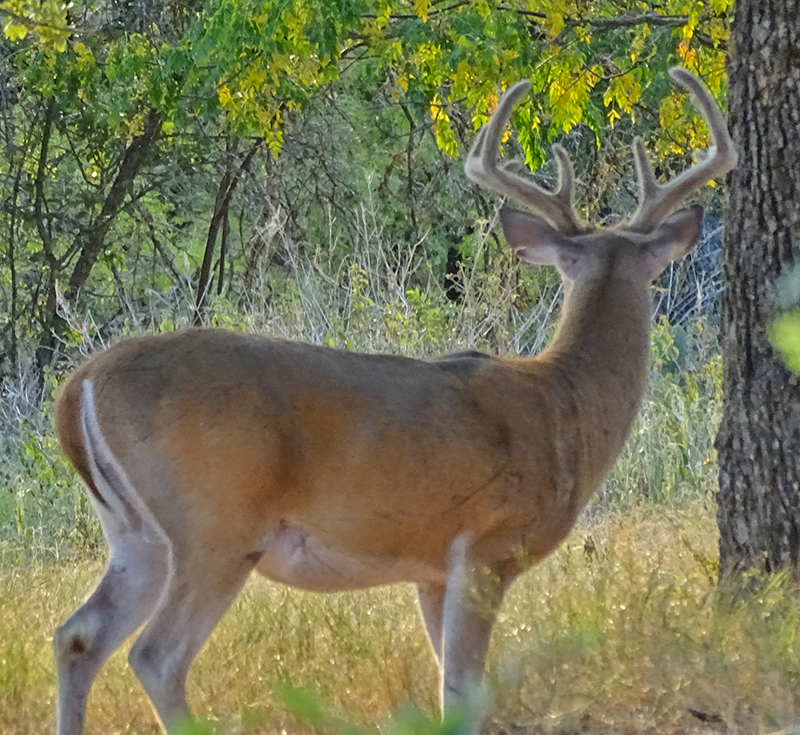 These bucks are always pausing whatever they are doing and checking out their surroundings. 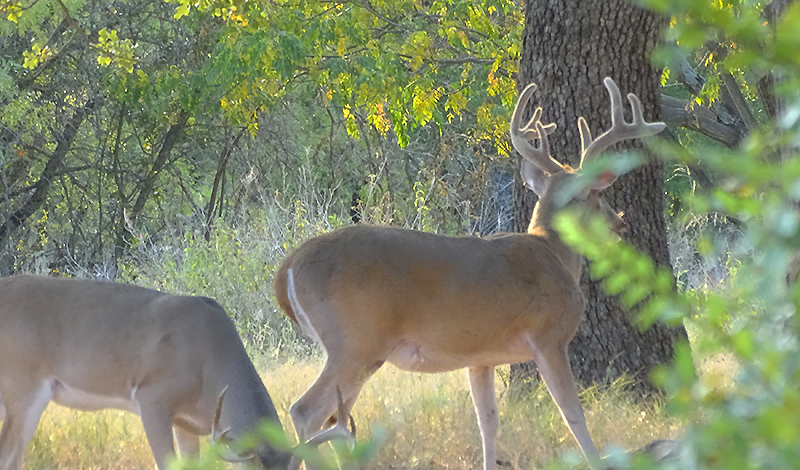 Now, Double Finger is looking the opposite way and the younger buck seems to be hanging with the big guy this morning. 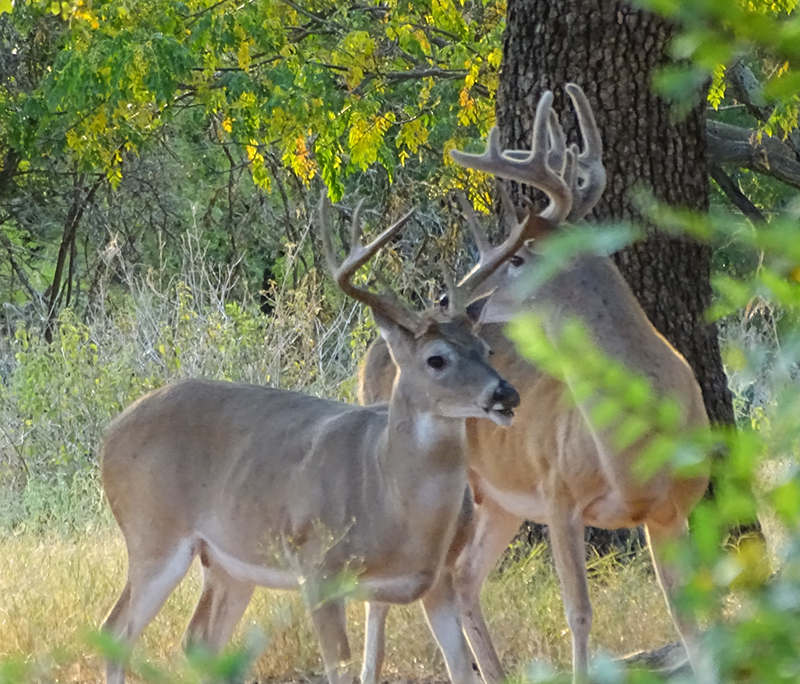 The sun is bright this morning and the temperature is predicted to hit the high 80’s or low 90’s. We haven’t had any rain for weeks and the ground level grass and weeds are dying off. My food plot, this far, is a disaster. No rain equals no green stuff growing.

But, all in all, it is a beautiful day in the deer woods. The bucks are on the move, in fact I didn’t see a single doe today.

10 Essentials For Your Bowhunting Gear