Our Guests Emily And Colt Arrived On Friday Afternoon, Checked In With John Askew, And Hurried Of To The Stands Where They Could Bowhunt Deer. 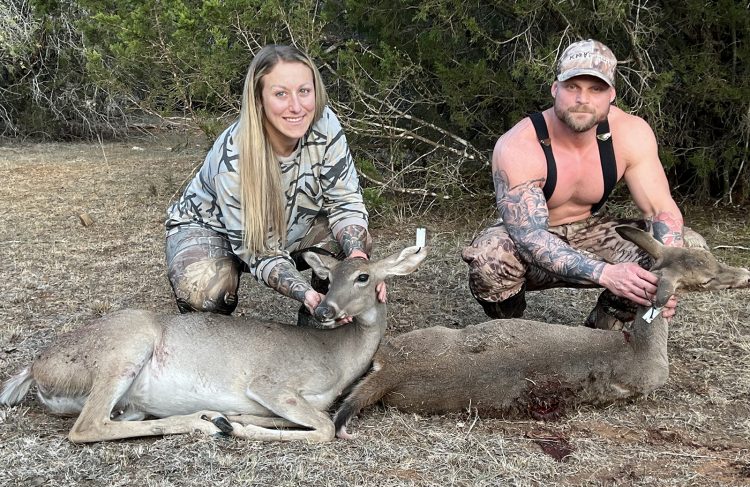 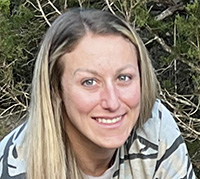 Colt parked his vehicle and by the time he got back from parking he already had a doe in the area. He didn’t want to scare her off getting into the treestand so he pressed onward carefully to victory. After working his way into the treestand he was getting situated with his gear; but before he could sit down another deer walked in view, it saw Colt and spooked off. Colt was not yet seated.

He quickly got ready to hunt and had only been in the stand for approximately 5 minutes when he had two does come in from behind his stand. When the doe passed him Colt drew his bow while her back was to him.

After what seemed an eternity with his bow fully drawn, Colt grunted at the deer to try to get her to turn broadside. The doe did just that and Colt took aim and let his arrow fly. He got a clean pass through and shortly afterward he blood trailed the doe for approximately 200 yards and found her crashed in the brush.

Colt dropped me at my stand at the rock ledge feeder went off at 4:30 pm and by about 5:00 the deer began to come in. I had two does and a button and a fawn  and they hung around for about 30 minutes browsing for acorns. Other deer came into the area also. When all but the two does and fawn left and I finally decided to shoot her. she dropped in 15 yards.

How To Build A Scrape Tree

How To Make Elk Jerky

How To Make Elk Jerky

It's All About The Well Placed Shot