The morning slipped away. My camera had been busy but not my bow. And just when it was over, it wasn't.

by Robert Hoague
in Bowhunting Articles, Bowhunting Posts, Wild Turkey
1 0
A A
1 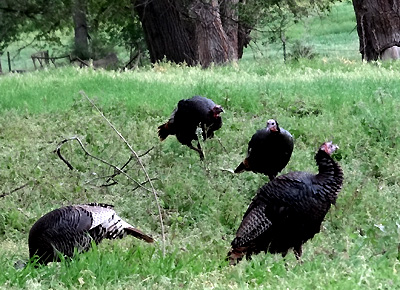 My bowhunting buddy Fred Lutger had airline return reservations late in the afternoon. So this morning was our last opportunity to tag out in Nebraska. I returned to the bottom of a hill nearby the turkey hunting headquarters and quietly waited for daylight. I couldn’t see them but I heard wild turkey hens and gobblers further downhill in a frequently used roost area.

I glassed some came up from the roost area and go through a hole in the fence about 70 yards away. But none came by me. 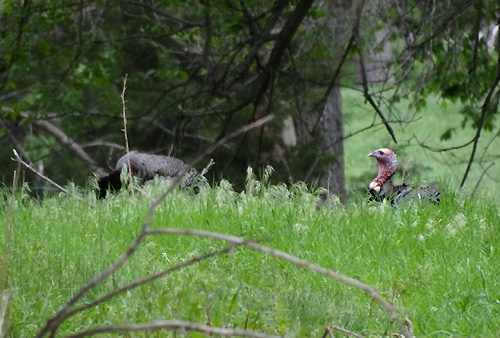 An hour passed without seeing any wild turkeys. And then, Bingo, two jakes walked into view coming in my direction. 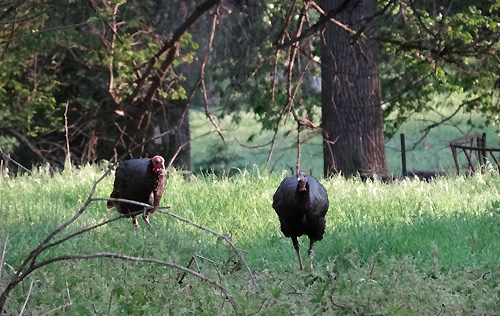 They came past me very close and I shot them with my camera instead of my bow. I wanted a more mature gobbler. 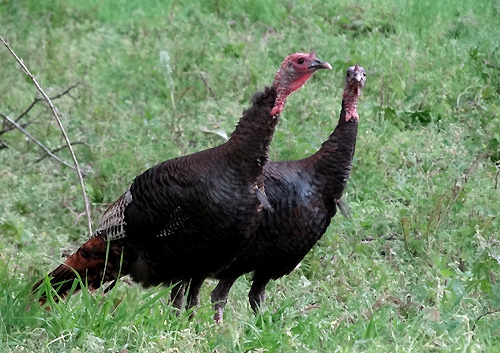 Which, speaking of more mature gobblers, I had just seen one up hill as he slipped through the 70 yard hole. I took his picture and yelped at him, but he went toward the picked cornfield. 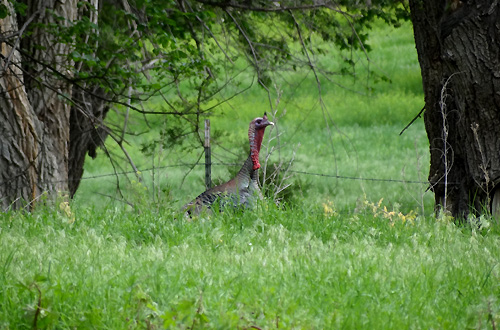 However, my calling lured a new jake over. He was approaching at a steady pace. 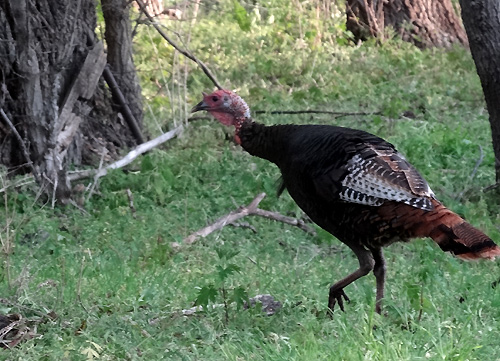 Then another jake came up and looked things over from 7 yards away. I could have but I didn’t. 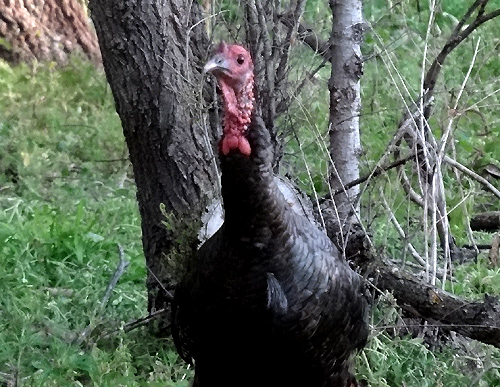 Once again the area quieted down. In fact I stopped hearing gobbles or yelps for half an hour. The morning was chilly but now it was warming up fast, so I took off my warm coat. Soon afterward mosquitoes paid me a unwelcome visit.

But I was prepared and dug my ThermaCELL out of my backpack and turned it on. The mosquitoes moved out of the blind and left me in there by myself.

Then a hen walked up on my right (from behind the blind). 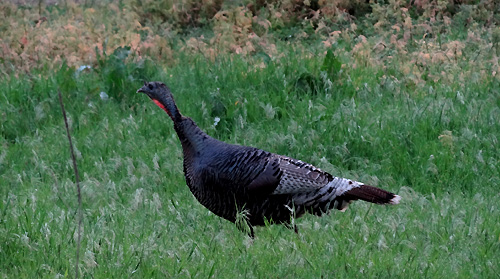 Three other hens joined her and they hung out in the immediate area. They stayed 15 minutes. But no gobblers showed up to harass them. 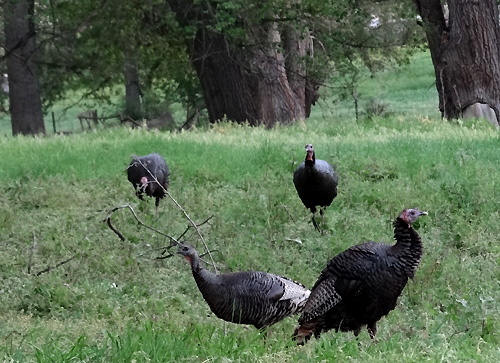 Finally a rough looking gobbler came out of the woods behind me and approached the group of hens. 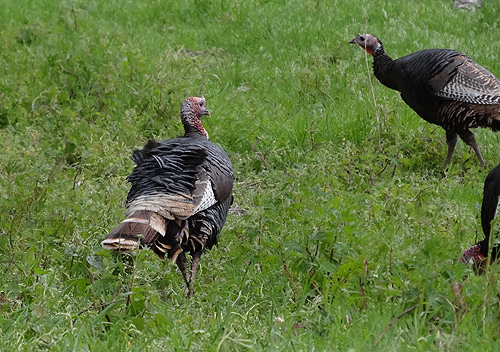 The hen led him over by me, only 10 yards away. Again, I took a picture instead of taking a shot. 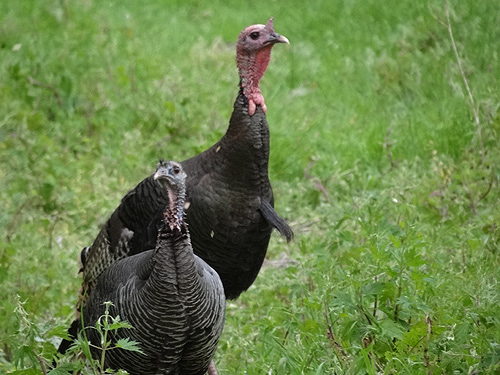 After they were gone another gobbler came off the hill and slipped through the 70 yard hole. This one was a big mature gobbler. 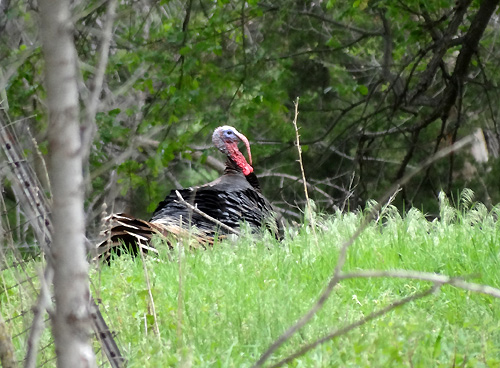 I called at him and he strutted up and showed off for several minutes but left for the cornfield instead of for me. 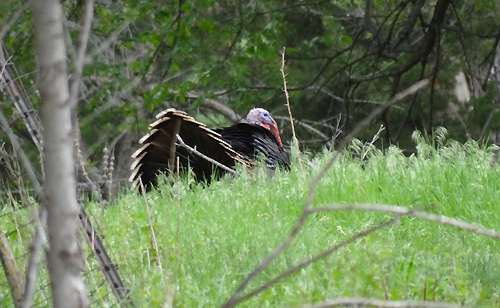 An uneventful hour passed and it looked like the wild turkeys had gone off. Before I quit a hunt I always count to 100, just in case. But nothing happened, however I did not want to call it quits so I decided to stay another half an hour.

A few turkey-less minutes slipped by one at a time. Woops! What’s this? A hen came walking down the hill to my left and she was coming my way. Further uphill, in the cedars, I saw two red heads brightly shining in the sunlight. 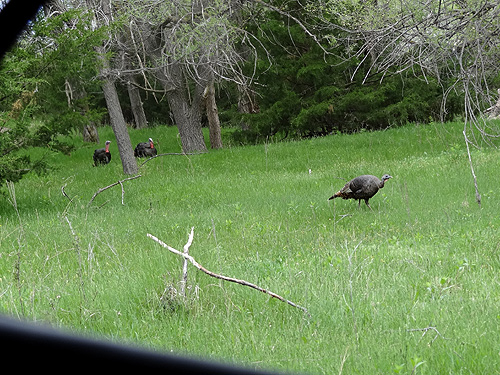 I glassed the two gobblers … both nice, fat longbeards. They were following the hen. And the hen was getting closer.

The Gobblers Are Coming! Whoops, They’re Not! And Now They Are!

The Gobblers Are Coming! Whoops, They're Not! And Now They Are!