Before Daylight Several Doe Size Shadows Moved Into The Immediate Area And Scattered Around. in the shadowy darkness. Although Unseen A Nice Buck Was Also Watching. 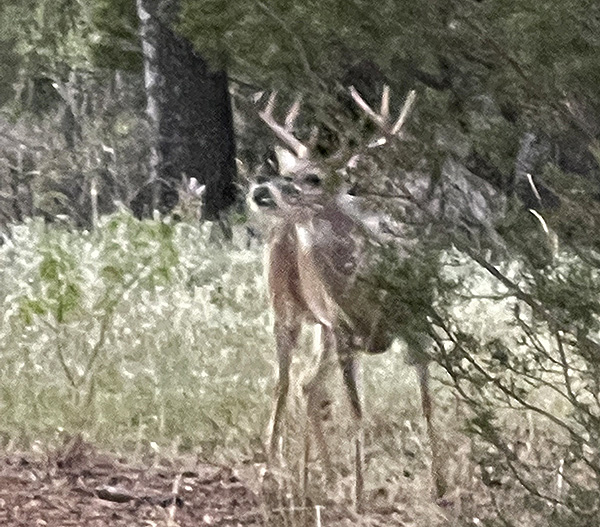 John A. and I hunted from our mutual ground blind stand we call the ‘Tin Barn.’  Last night I set my alarm wrong and got up, got ready, got out to the blind, a full 1 1/2 hours early. John arrived at the right time.

Over the weekend we saw lots of does and on Sunday had 7 bucks, all young ones.

Before daylight this morning several Doe size shadows moved into the immediate area And Scattered Around in the shadowy darkness. Although Unseen, A nice Buck was also watching.

Daylight came eventually and we saw several Does come through the area. Before long we noticed that our surprise guest was looking around the place only 30 yards from us.

Yikes, the battery in my to low to take a picture. So I used my iPhone, the pictures of which looked ok on the iphone screen, but were a little blurry.

Below and Above: the Oct 3 Buck looks over the area from behind some cedar tree limbs. 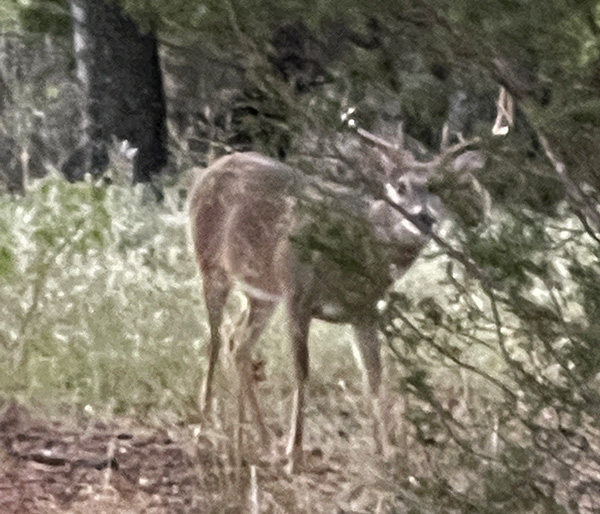 The light was a little bit shy of what the iPhone needed for a good, clear picture. The buck walked around a bit, trying to go up to does, but they avoided him and moved away. 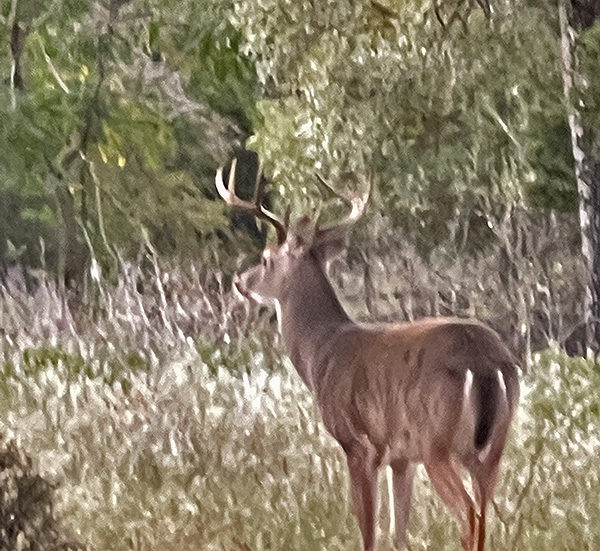 The sun crept up in the sky enough to give me a decent picture of the Oct 3 buck. In the picture below he is roughly 25 yardw away. 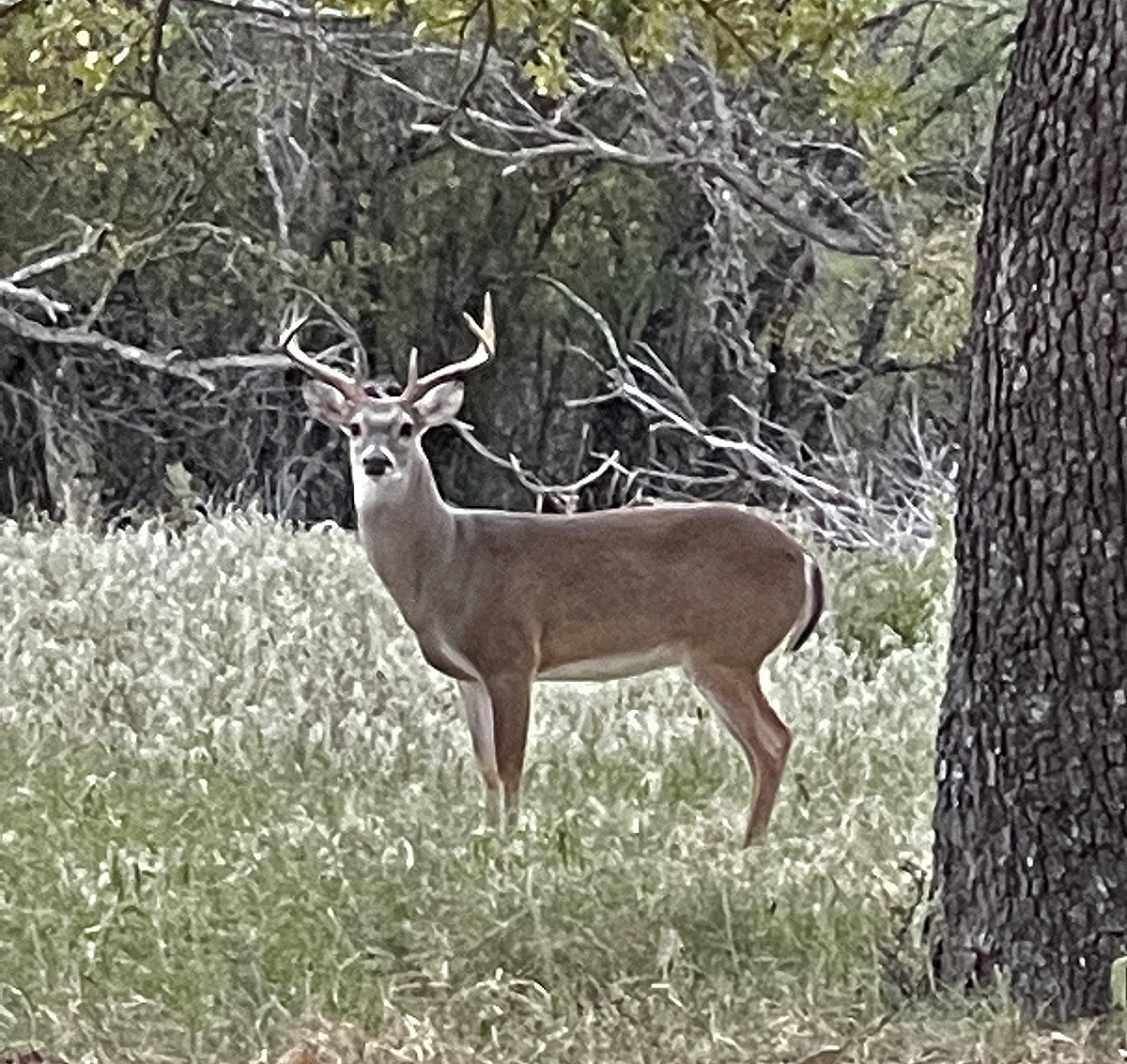 John and I agreed that he was a wider than usual buck (for our area) and we’d give him a re-think in 2 to 3 years if he still hangs out where we like to hunt.

Afterward we met Collin at the Gatesville Restaurant named ‘Rancher’s’ and ate lunch. Collin saw another wild hog but missed his shot at it. I ate the super Rancher’s Salad bar and put the hurt on their potato and pea salads and japilinos.