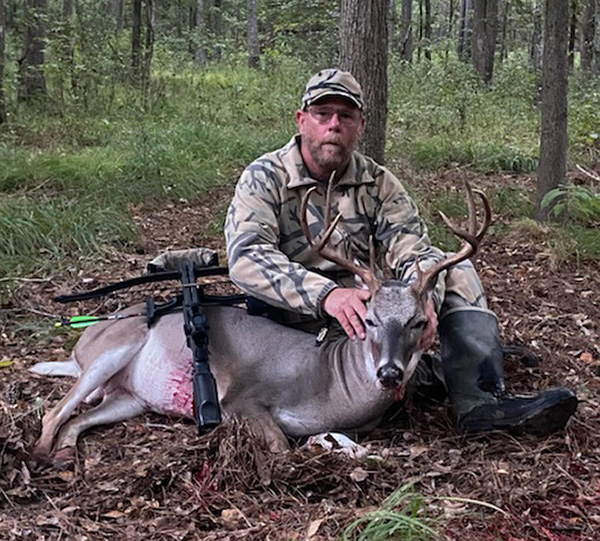 On my first bowhunt with Robbie Beckwith he was 12 years old. He went with me to one of my treestands and put his first buck on the ground that same morning. Now he’s 50 and is still a dedicated bowhunter. Recently he moved his family and business interests from the big city to the country and made sure his land had deer activity.

On this Monday I noticed I had a call from him at 9:47 in the morning. I texted him and asked if his Dad, ‘the Duck,’ was ok. He texted back that he had a deer hunting question. So I asked him what the question was.

He messaged, “Had a mishap with a big buck yesterday afternoon. Robbie was having a problem with his peep-sight because of his glasses. He missed his shot and the buck and some does he was interacting with moved out to 20 yards. They were all calm but left after a few minutes.

And Robbie asked me, “How long should I rest the spot before going back?

Well, he hadn’t spooked the buck nor the does, I typed back, “Go in right away. Stay all day if you can.”

The next morning I texted Robbie at 5:30, “See your buck today?”

He replied that he had set up a crossbow and was back where he had hunted. At 7:09am I received a text and the picture below. 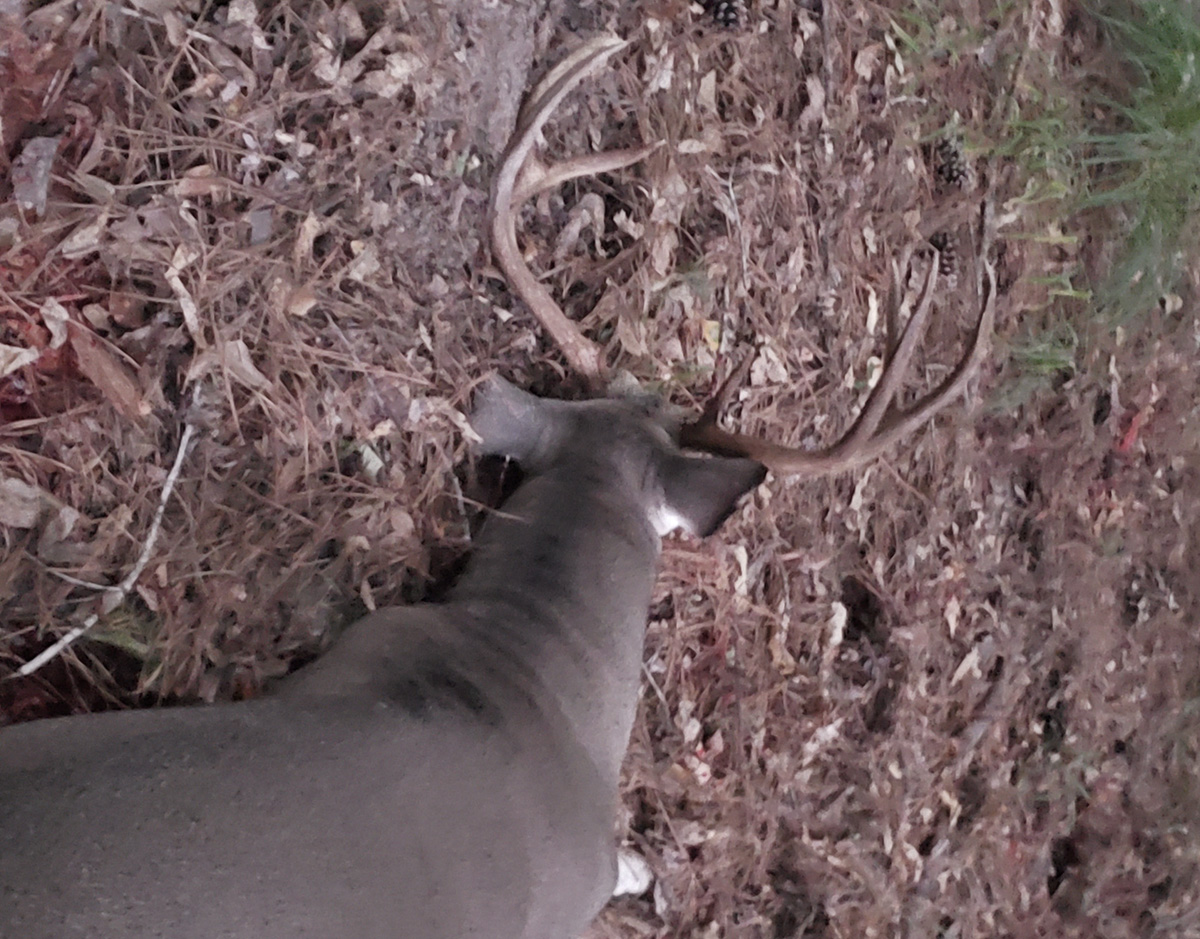 Robbie told me that a first light 9 does came into the area. Then he noticed the big buck walk up to some of the does. He paused at 12 yards and Robbie shouldered his crossbow, sighted on the buck’s vitals and triggered the crossbow bolt. The buck dropped in 4 yards.

Robbie Beckwith gets it done again. He used a 3-blade Crossbow Mechanical Broadhead made by Grim Reaper Broadheads, and as the saying goes, Robbie, ‘Watched him drop.’