by Joe Byers
in Archery, Bowhunting Articles, Deer
0 0
A A
1 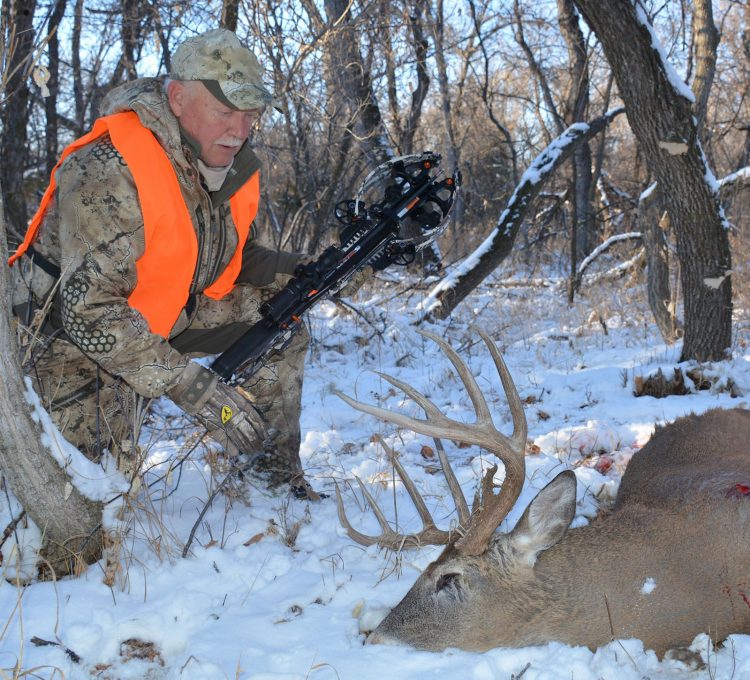 The author took one of his best deer while bowhunting in a rifle season.

Three of my best-scoring whitetail deer were taken with a crossbow during a firearms season.  In deer camps where every hunter had a 200-500 yard rifle, how can a crossbow compete?  First, state regulation can be “picky” about crossbows, yet most reduce or eliminate restrictions when everyone else is carrying a rifle.  Secondly, the archery tag allowed me to take a second deer.  Archery success may sound nearly impossible, yet here’s how to succeed.

The above 8-point was taken in the last hour of daylight on the last day in camp.  While my rifle-toting buddies searched for vast visibility and long-range shooting, I searched for thick cover, the kinds of places bucks seek when pressured.  This buck passed by at 20 yards, searching for a doe and an arrow through the boiler room anchored it.

Deer drives are used frequently in firearm seasons.  Our gang often pushed deer into thick cover where they seemed to vanish.  I chose to hide in the middle of a dense cedar bottom and tackle these “ghost bucks” at close range.  First try, first success. The buck attempted to sneak away, and at such close quarters, the suspense was heart-pounding.  It entered a tiny opening and saw my figure sitting against a small tree, but the arrow caught it before it could whirl and run.  Since then, I have taken three bucks in four days of hunting in firearms season. 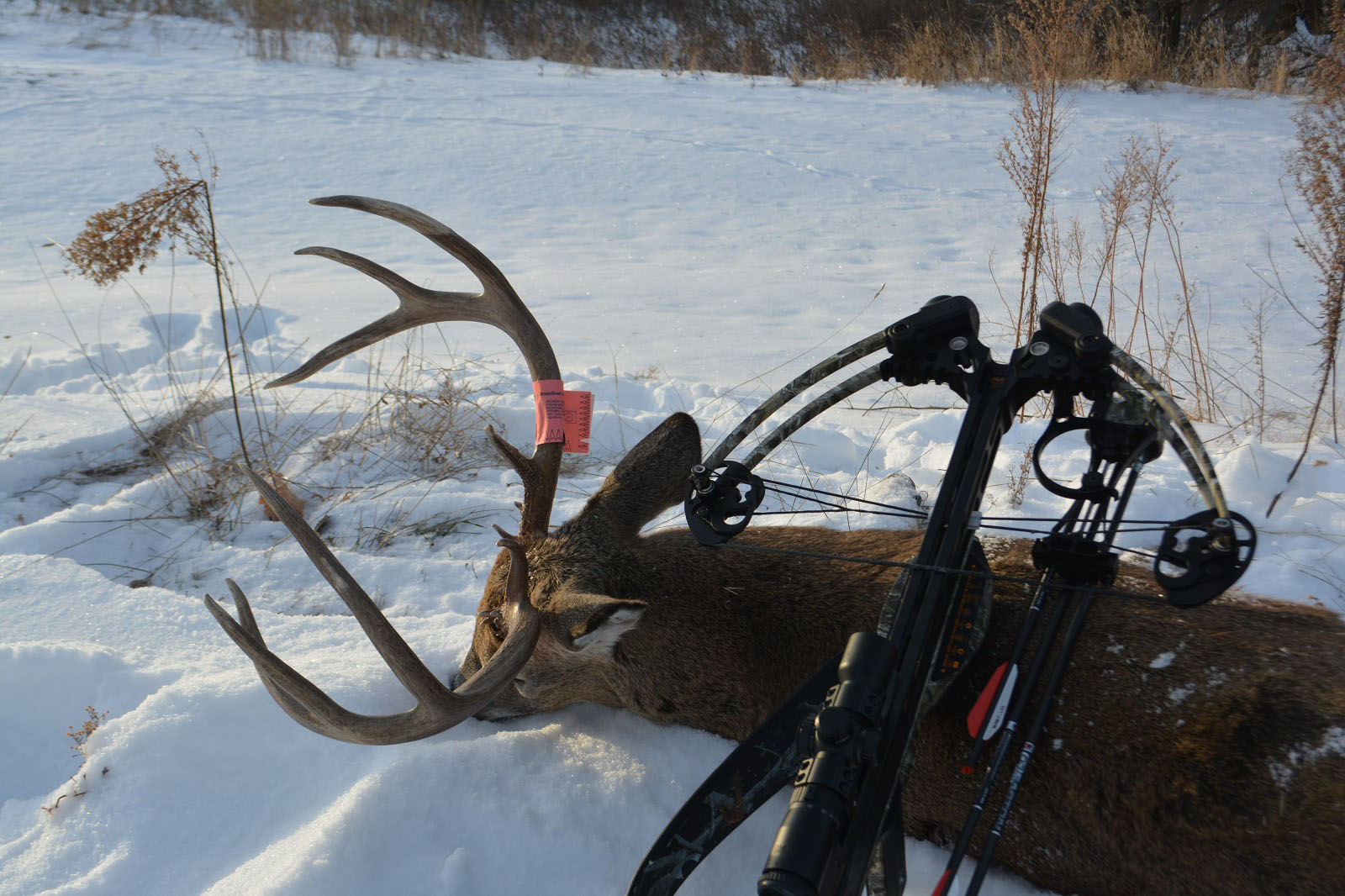 Prepare for the Cold

Patience is a prerequisite for crossbow hunting in firearms seasons.  Many rifle hunters use box blinds or protected stands where they maximize visibility in search of moving deer and are partially protected from the elements.  Crossbow hunters want just the opposite.  You want deer moving naturally where they move cautiously and respond to grunts and rattling.  Make sure you have a warm cushion to sit on and a backpack filled with extra insulation and hot coffee, whatever you need to stay put and engaged.

As the pumpkin army invades the deer woods, wily bucks head for small patches of thick cover, often in areas where rifle hunting is not allowed.  Ironically, look for “Deer Crossing” signs in urban and suburban areas which indicate abundant deer numbers.  Even small tracts of land with “No Hunting” signs have potential.  Many residents with small properties don’t want guns cracking near their homes, yet welcome a means of reducing deer damage.  Look for these out-of-the-way places and you may have a honey-hole for life.

Rifle hunters seek large deer populations, great visibility, and a high probability of success.  Small woodlots and suburban thickets don’t hold large numbers of deer but may allow bucks to grow to older age and grow big-boy antlers.  Seek out these spots by asking permission well ahead of opening day and consider them prime spots as the rifle season progresses. 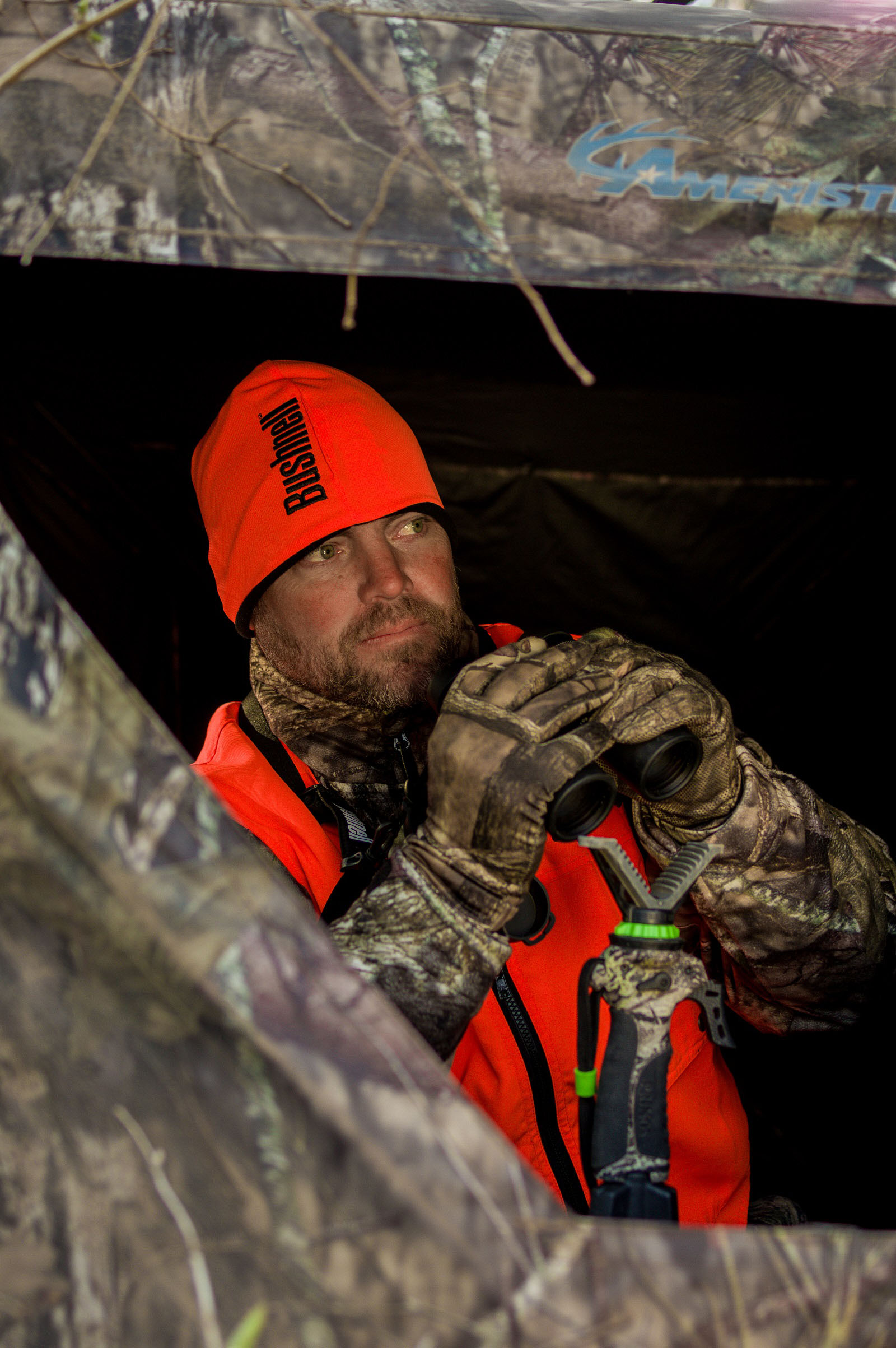 A pop-up ground blind can work miracles in tight hunting locations.  Install it weeks ahead of the season or brush it in heavily and you will have a means of staying put in frigid conditions in those places with a high probability for success.  Today’s newest models allow “picture window” viewing while deer can’t see inside.  Finally, double-check your state’s regulations, yet most allow crossbows to be used in rifle seasons often with fewer restrictions.  Get out there and good luck!