80 Yards Ahead Of Me I Noticed A Lone Doe On The Deer Trail That Took Me To My Stand. 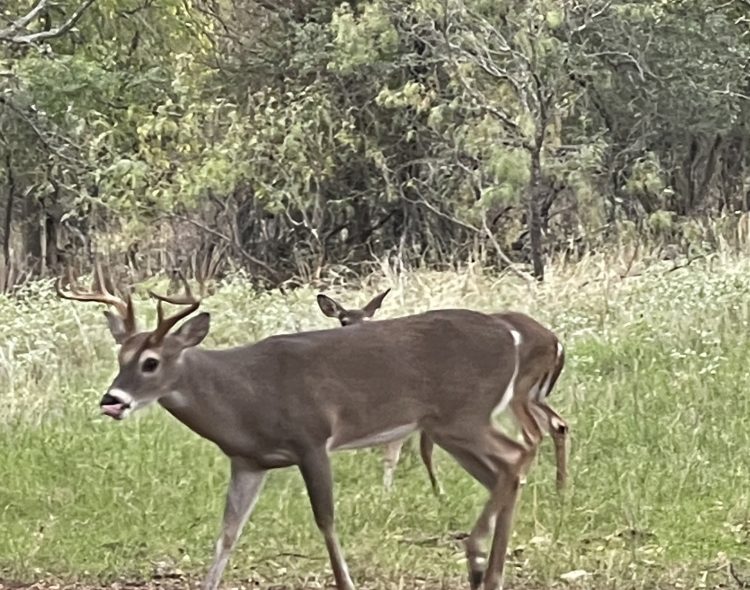 Two weeks ago I decided to bowhunt a ground blind stand in an area I call ‘The Last Barn.’ I took along a small Stool and my new CenterPoint Wrath 430X crossbow with 4 bolts in its attached bowquiver and my Minolta camera. In my pants pockets were my iPhone and Rangefinder. This year my hunting license wasn’t in my wallet. It was on the State’s iPhone App.

Half way to where I intended to hunt I noticed a lone Doe in a small opening on the same deer trail that led me to my Stand. The Doe was 80 yards ahead of me and standing close to a tree that always hosts well worked scrapes. The Doe had not seen me so I eased over to a nearby large tree and waited and watched.

Minutes later a young 8-pointer hurried out of the thick trees and chased the Doe around and away. I had all ready zoomed in on the buck and doe and took their picture. (SEE ABOVE) Notice that the buck is licking his nose, a sign he is in rut mode.

After they were out of sight I checked my watch and settled on waiting another 20 minutes before continuing on to the stand. In a few minutes a second lone Doe went to the Scrape site and licked and marked the limbs above the Scrape. In a little while the Doe started walking in my direction.

There were scrapes that way too.

I made sure I stood against the tree. It appeared that this Doe might just walk down the deer trail and pass a few yards from me. And she did!

When the Doe got here I had the CenterPoint Wrath in hand and pointed towards the trail the deer was on. Once the Doe passed the big tree I settled my sight on the Doe’s vitals and sent the arrow/bolt to it’s target.

Holly Cow, the Doe bolted forward … and in 10 yards it hit the ground! The Whitetail Special 3-blade broadhead and it’s 2″ cut had wrapped this hunt up. Grim Reaper Broadheads has a slogan that says, “Watch Em’ Drop” and that is absolutely what happened.

I left the doe where it was and leaned the crossbow against a nearby tree and positioned the iPhone on top of it for taking pictures. After I put the stool in place I took some time-delay pictures. In the picture below you can see the large tree that I stood against to hide myself to make the shot. 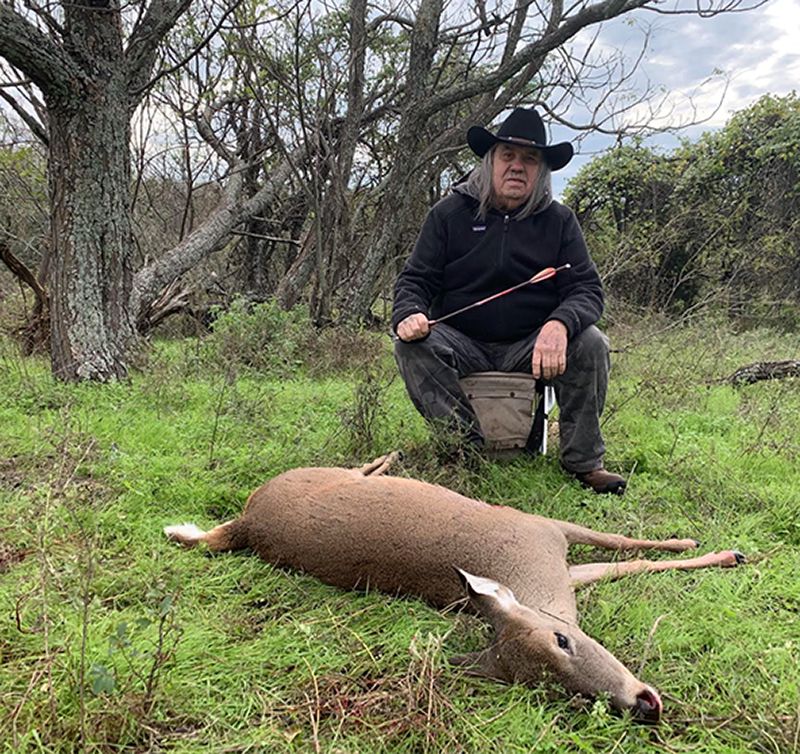 With the picture taken of the Doe I got out my iPhone and called in my kill, answered a few questions and received my online Deer Tag info and number. Everything was done online directly from the deer woods. Then I  got my pickup and loaded the Doe to take to the nearest Meat Processing plant.