When Richey checked his latest cellular game Camera pictures he saw both the big Bucks that were coming in his hunting area all week.

by Robert Hoague
in Bowhunting Articles, Bowhunting Posts, Deer
1 0
A A
1 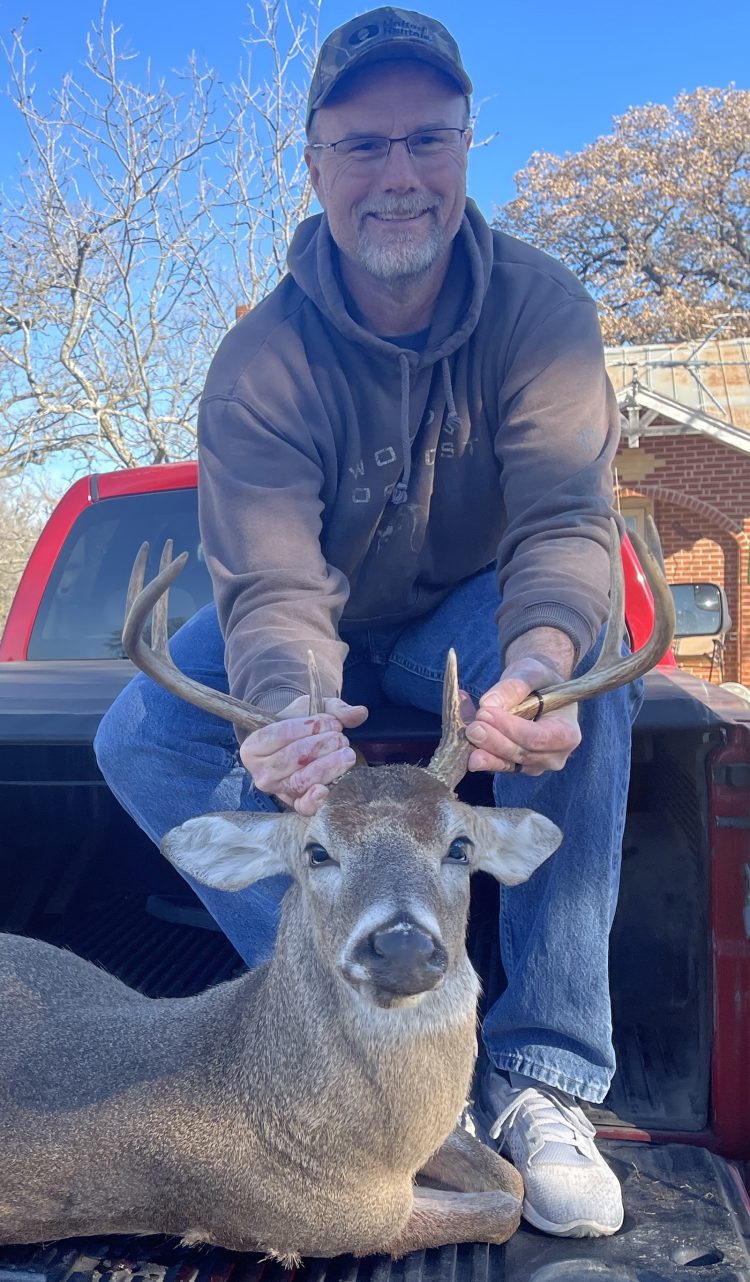 This morning I got up at 4:30am, perked some strong black coffee and started to work on the numerous pictures for my 2nd Rut article series for Bowhunting,net. After daylight there was a surprise knock on my door. I called out, “Come on in.” Richey Hayes opened the door to my home-office and walked inside.

He had driven down last night, got a good sleep in the deer-lease trailer, and got up early to hunt. This was the last weekend that our Buck Season was open and he intended to be on stand when one of the nice bucks in his latest game-camera pictures made a return visit.

He arrived at his stand a good hour and a half before sunrise. That was a good thing because the wind had punched in his Pop-Up-Ground-Blind and ripped the ties strings loose on two sides of the 8-foot high platform that the blind was on. The damage was  caused by the high winds during our recent sub zero freezing spell.

Richey climbed up the ladder to the platform. There was work to get done, in the dark no less, before he was ready to hunt.

He finished just in time to see the shadowy shape of a wide antlered Buck walk around in the dark open spot that the blind and he were. Soon another deer shadow showed up and a few minutes later the faint daylight turned it into a young six-point  buck.

The daylight increased slowly and Richey heard the grunting of wild hogs in the thick cedars, nearby. Movement to his right caught Richey’s attention. It was a wide 8-pointer. Richey took aim and triggered the shot on his crossbow.

Richey recovered the 8-point and drove to my house. He told me what happened and I took pictures of him and the buck. Then I followed him into town and we dropped the buck off at the Meat Processor. 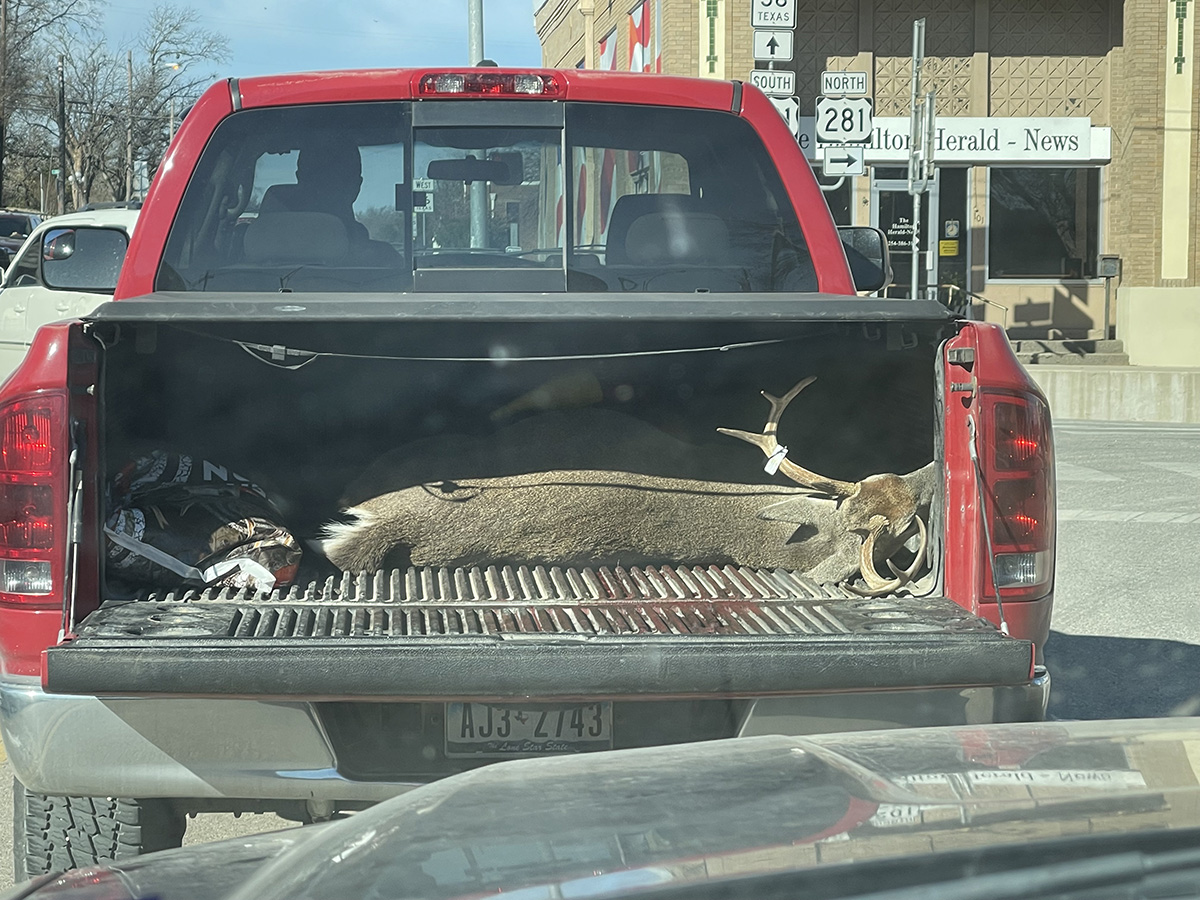 Then we went across the street and ate a bunch of Mexican food at Frida’s Restaurant Afterward Richey drove back home. Yea, he put a good finish to his 2022 deerhunt. 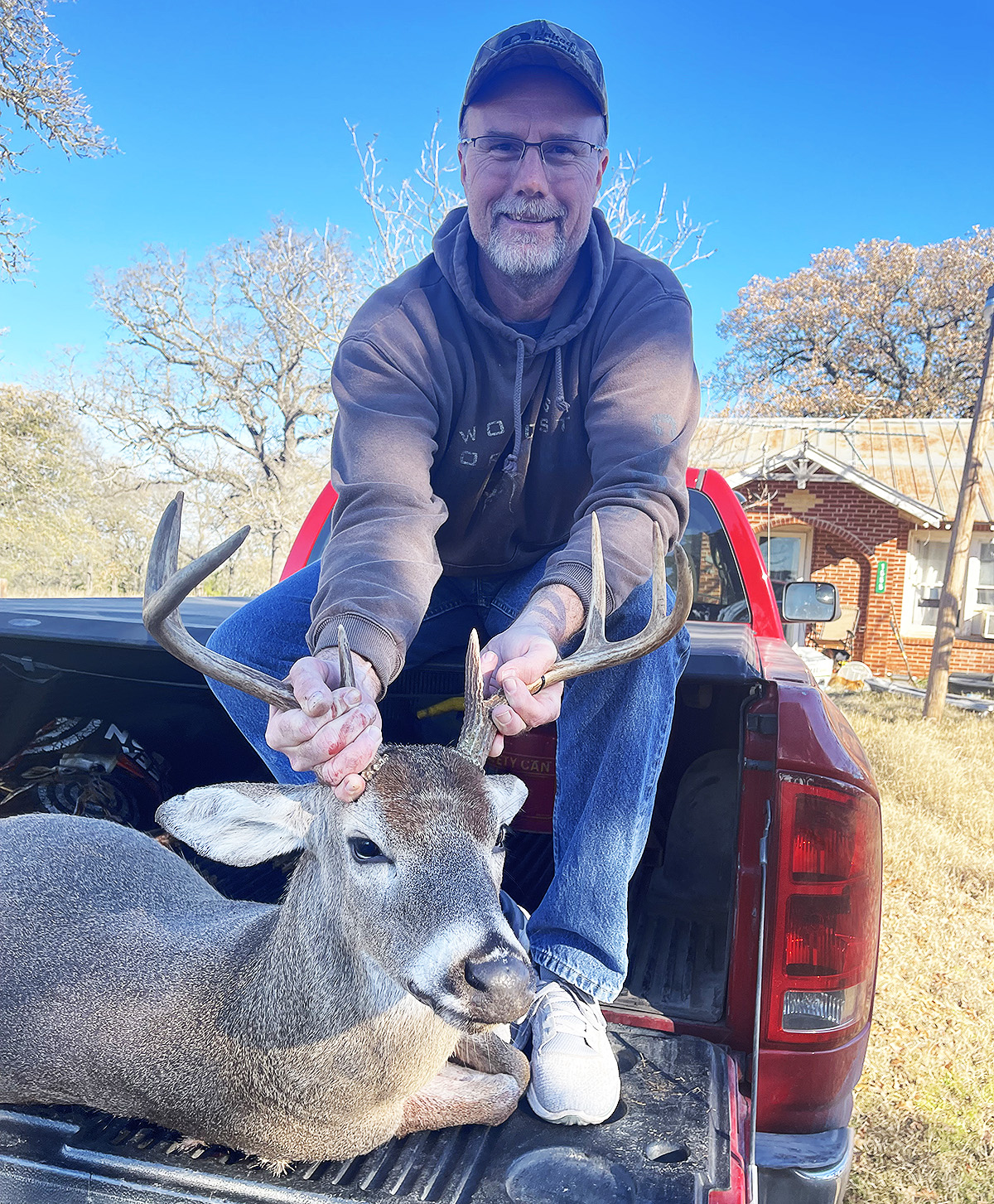