After The Main Rut Bucks Are Worn Out; Dog Tired, Underfed And Needing Rest And Sleep. Until The 2nd Rut Kicks Off! 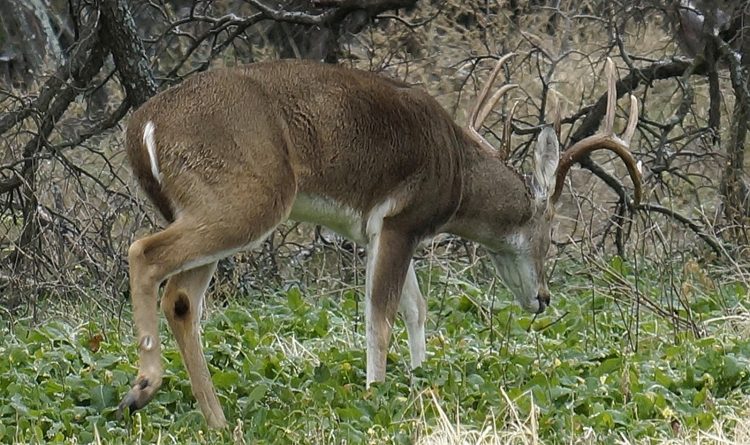 It is important to realize that during the 2nd Rut the bucks are back in their Home Territory.

After the original Rut, the bucks return home. During the ‘Peak Rut’ period bucks are hitting it hard in their pursuit of estrus does. They are on the go every day and night — once they discovered their first estrus doe of the year.

So after the main rut bucks are worn out; dog tired, underfed and needing rest and sleep. So when they go home they lay up in one of their familiar, remote, safe places. And concentrate on sleeping and eating.

Plus, another thing the bucks do when they return to their home area is they frequently go nocturnal. At that time hunters everywhere report that the deer have “disappeared.” Actually, it seems like they are gone, but they are not.

Once back home the bucks’ priorities shift; now it’s SAFETY FIRST. They are on the lookout; sight wise, scent wise and hearing wise any time they move around during daylight, while still spending days and nights catching up on sleep, eating and taking regular naps.

Does, meanwhile, are in three different categories;

Enter the 3rd category of available does, a particular portion of fawns that were born this year. Specifically, early-born fawns that are now 6 or 7 months old and developed enough to go into estrus for their first time.

The rest and more food gets the bucks back in shape quickly. And 24 to 28 days after the previous estrus period the Does that were NOT bred have a second go at an estrus phase — and the 2nd Rut begins.

And, drawn into the estrus doe mix, are this year’s early-born fawns, which will have their very first estrus cycle. These first-timer estrus fawns suddenly feel the urge to be on their own — and move away from their matriarchal doe — and wait in areas where they can be seen — by Bucks. And seen they are.

And the 2nd Rut Is happening.

How To Deerhunt Late Season