Robbie Cramer Came Down To Help Me Track For the 'Big-8' Buck. It Paid Off... 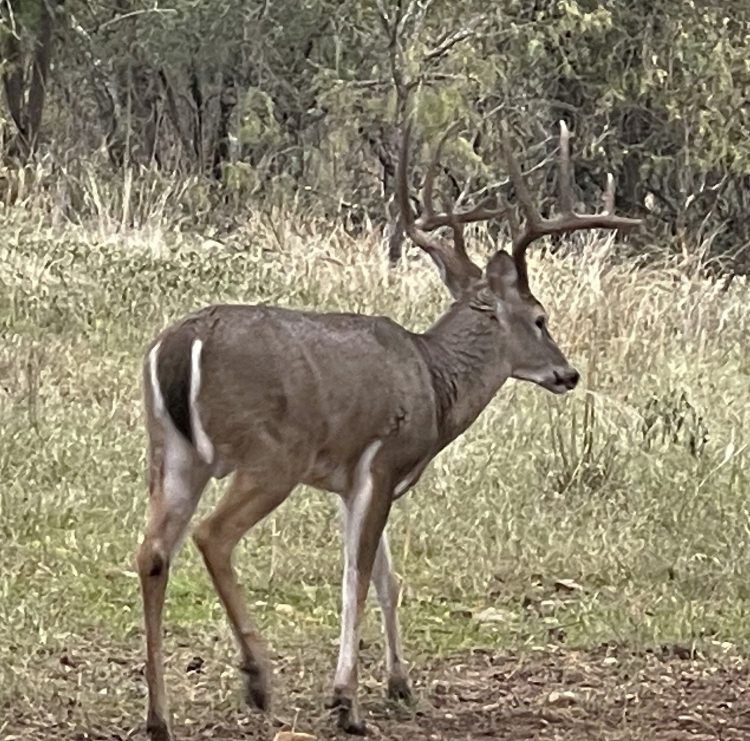 A few days after I tagged ‘Big-8’, the Buck that Robbie Cramer was after this year, the buck we call ‘Big 10’, popped up in my nightime Moultree celular photos from my Tin Shed stand site. Below is a picture of Champ, ‘Big 8’and myself near my house.

After seeing the Moultrie game camera pictures I texted my buddy Robbie Cramer that ‘Big 10’ was in the immediate area. Robbie came down to our deer lease promptly. That afternoon he hunted a Pop-up ground blind that’s in the same strip of woods I where was hunting. He is in a small opening surrounded by cedar trees, half a mile from my stand.

An hour before sunset I noticed a buck come out of the trees to the North West. He looked over the area. A doe was 30 yards from my Shed’s shooting window, she saw the buck, but ignored him.

But the buck didn’t ignore the doe. He came at a steady pace and I took his picture when he got to the doe out in front of me. 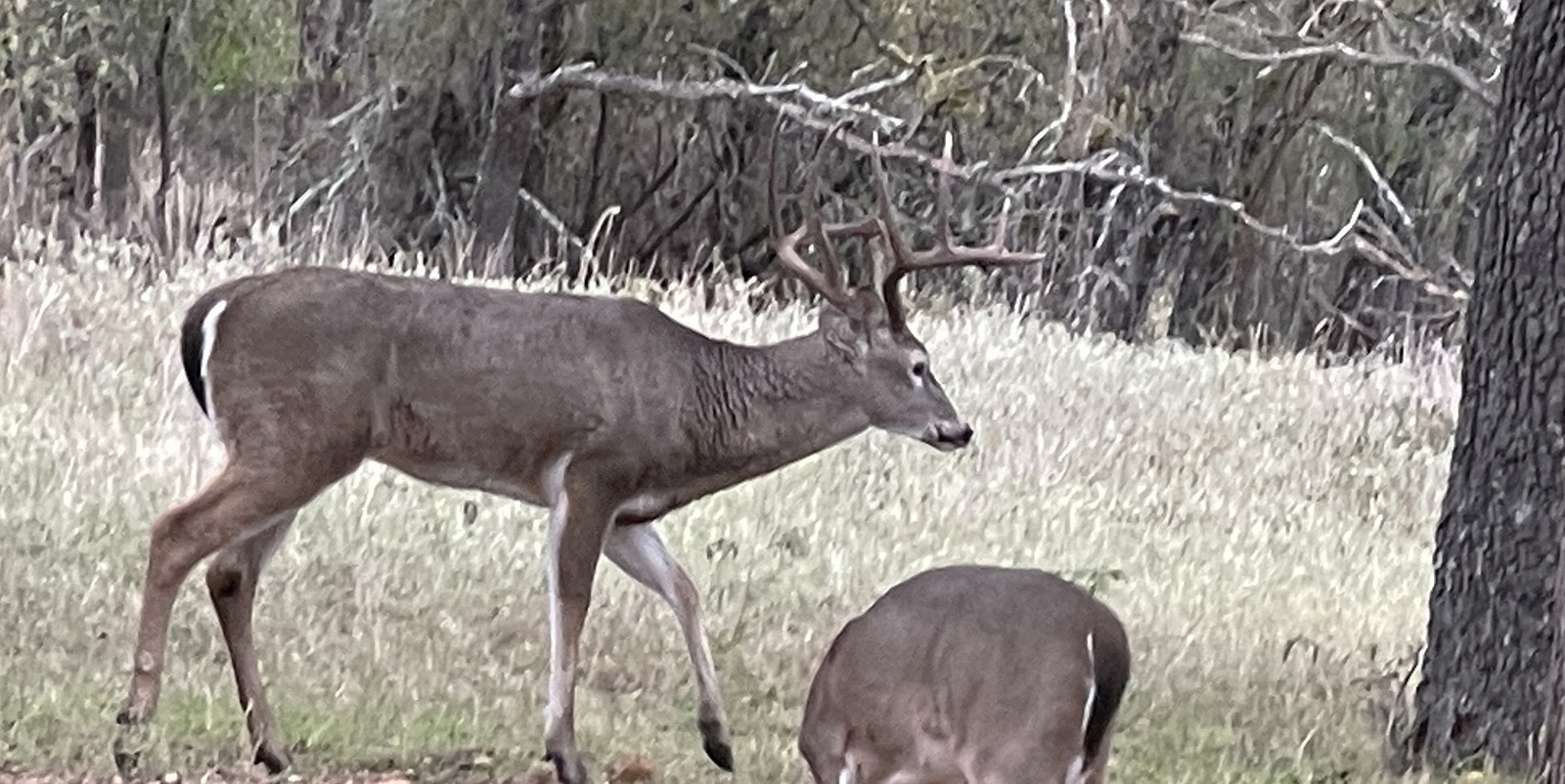 The doe backed up, giving the buck plenty of room. And, I suppose I should mention, that this buck was the ‘Big 10’ buck.

I had already filled my Buck Tag and so I watched this impressive buck. Soon he turned East and continued to walk. 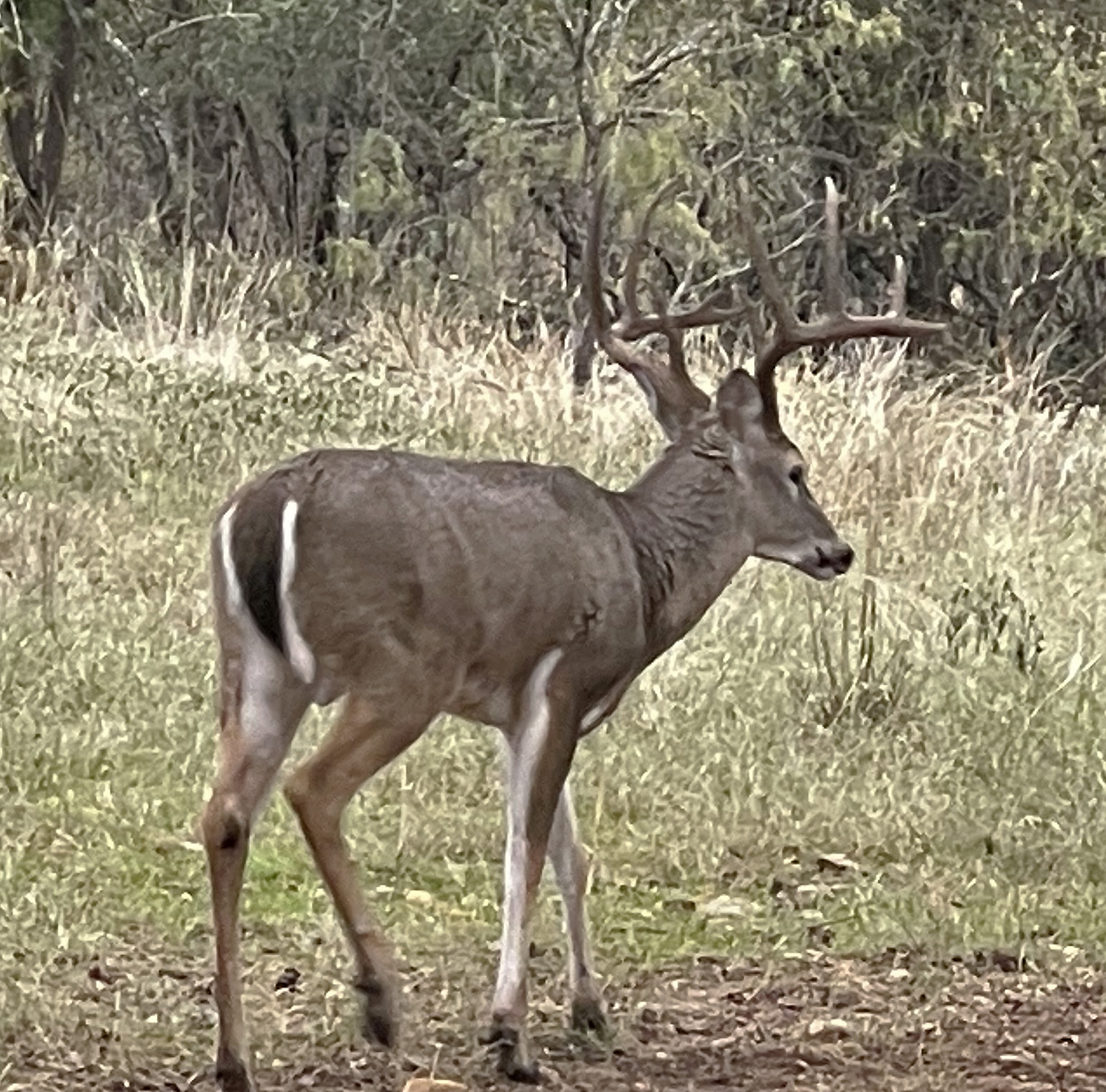 When ‘Big 10’ disappeared into the trees I Texted Robbie that I had just seen ‘Big 10’ and he had left my area and gone due East — which is the direction where Robbie’s stand is, half a mile further through an ocean of oak and cedar trees.

New For Grim Reaper Broadheads For 2023