Robbie Continued Receiving Pictures Of 'Big 10" And The Search To Lcate Him During Daylight Hours Was On! 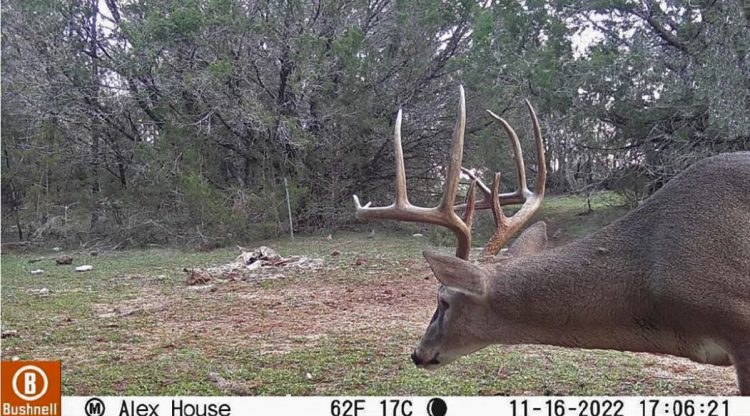 Robbie receives his Bushnell game camera pictures of 3 of his stand sites via cell phone daily. Somehow, the late October and early November pics of the ‘Big 10″ buck were always in the brush or behind other deer — so the images were always blurry. However, his extra long G2 and G3 tines on both main beams made him recognizable, even when blurry.

The sitings were random during October and mainly at night. But when the rut kicked off Robbie immediately started seeing daylight pictures of ‘Big 10’ at all 3 of his game camera sites. Below is a slightly blurry pic that caught his attention during the first week of November. 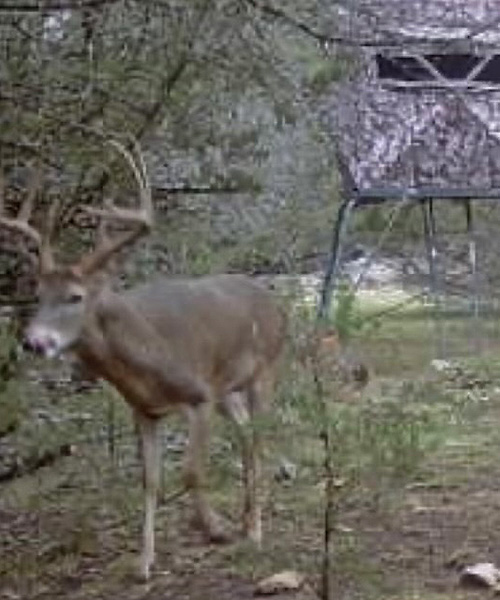 On November 12 he received this picture two hours after sunset. 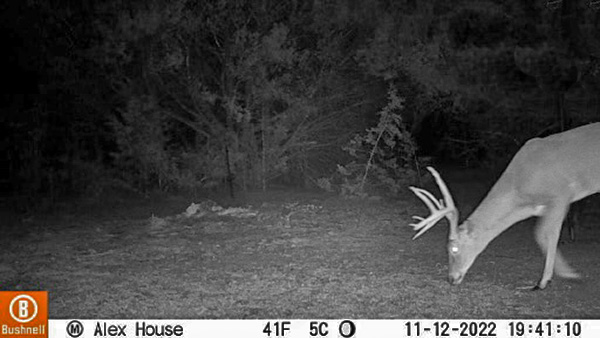 When I checked the pictures my Moultrie Edge took on November 14 I recognized a picture of ‘Big 10’ that was taken by a game camera I have at a location about 100 yards from my Shed stand. This location is a high spot where bucks frequently come during the rut to check for does and watch for rutting activity to the South, which is where I am hunting.

I immediately phoned Robbie and told him that ‘Big 10’ had been in my area this afternoon. He said that he would shuffle around a couple of business issues and would be down to hunt tomorrow afternoon.

BACK TO PART ONE…

Hang Your Mount Better With A Full Mount System